Back in October, I did a preview for Insurgency while it was still in beta. Even then, I was pleasantly surprised by the standalone version of the Half-Life 2 mod from 2007. Unlike most FPS games, this one really had a focus on realism, something that I have been very fond of for a majority of my gaming career.

While there have been improvements, as well as additional game modes added since I last played a few months back, the core mechanics that really impressed me remain, if not even improved.

The levels are well-constructed with a nice mix of long-range open areas and claustrophobia inducing close-quarter spaces. There are currently 7 maps that each have their own distinct feel and atmosphere and each has enough to it that they don’t start feeling repetitive after playing on them for a while. Good map design is always one of the make-it-or-break-it things for many FPS games. If a map is good enough, you can play on it forever and never get tired of it. I feel like certain of these maps may just have the potential for that level of replayability. 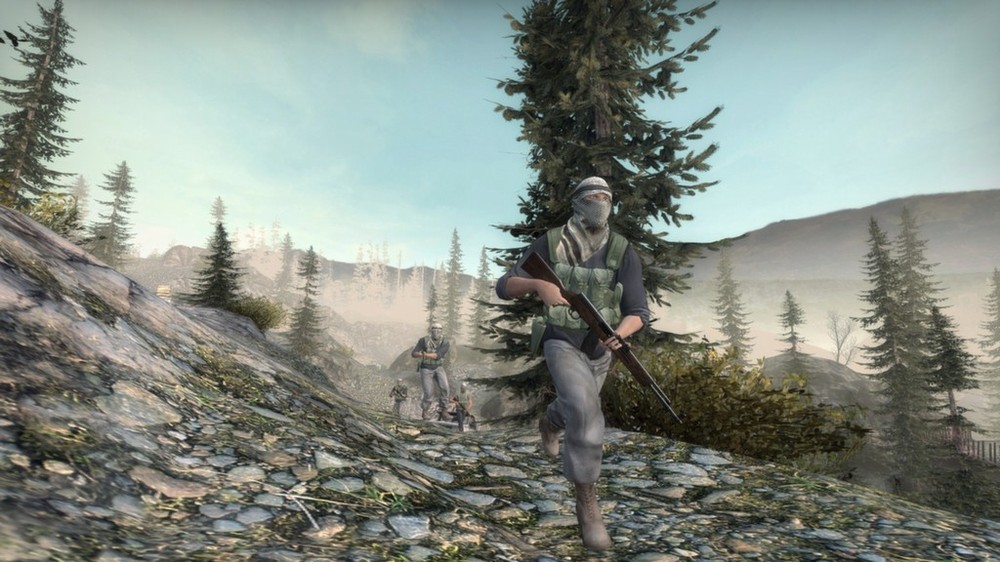 Included with a purchase of the game is the SDK and map editor, so within a short amount of time, I’m sure there will also be no shortage of new maps and content for the game, as well, which will only add to the replayability of it.

The character models leave a little to be desired. The “Security” forces and “Insurgents” are two distinct groups of very similar looking stereotypical soldiers. But, really, when it comes down to it, you just need to know if the guy that is in your crosshairs is a good guy or a bad guy, and that is conveyed well.

Where the graphics really shine are with the weapon models. There are about 20 guns in the game and each of them has the ability to be modified with various attachments and loadouts, which makes for a lot of variation in what you take onto the battlefield. In first person view, the guns look stunning. They each have a very realistic feel to them. Especially once you start pulling the trigger. The recoil and drift of the guns as you spray lead downrange is just so satisfying, even if you’re not hitting anything. But, when you do, it’s even better. The hit detection is seemingly right on the money, as well. I haven’t found myself thinking “I hit that guy” when the game didn’t think so, which is always a really frustrating pet peeve of mine. Also, the damage the guns deliver is very pleasing. You don’t have to sit there and unload half a clip into someone before they drop. One or two well-placed rounds will do the trick. 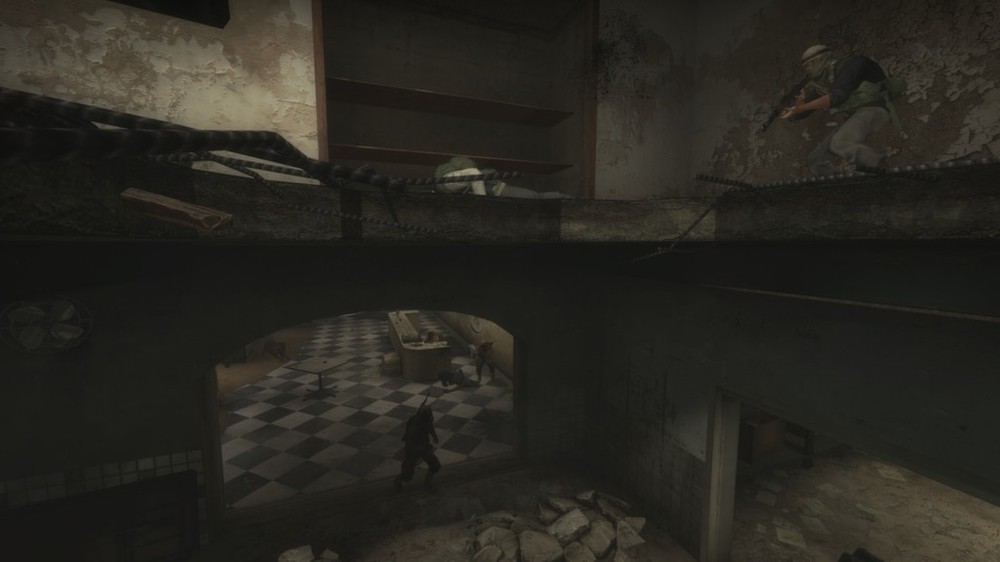 As I said up top, the game really focuses on realism. Because of this, you are highly encouraged, if not almost forced (if you have any interest in winning) into working together as a team. Using the integrated 3D VOIP makes that all the more simple, so coordinating with your team isn’t a chore.

Another realistic feature that I was particularly impressed with is the suppression mechanic. If you start taking fire and the rounds are landing near you, your screen will blur as if your character is experiencing a moment of panic or fear. I love this. It is also nice to know that it works both ways. So, even if you can’t hit someone, just laying some rounds down his way will hopefully keep his head down and allow your teammates to get into a better position against him.

The sound effects are particularly impressive in this game. Usually, FPS games seem to draw from the same stockpile of gun sound effects. Not so with Insurgency. These guns really sound like guns. From a distance, there is a very well-done echo. Close up, they sound intimidating. And when you start hearing bullets pinging and ricocheting off of the ground near you, you almost don’t need the screen blur to make you pucker up and want to duck and cover. 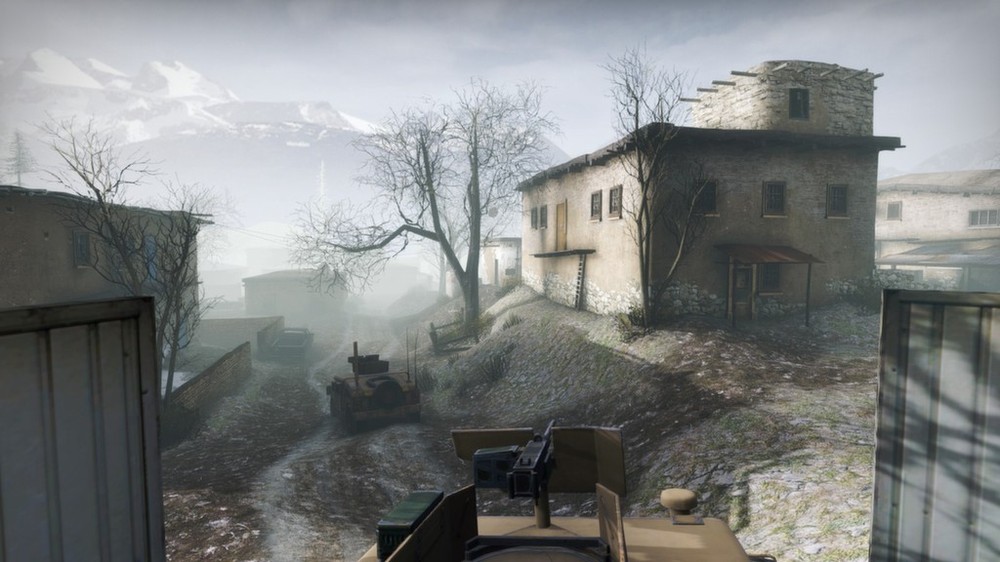 There are a few different quick skirmish style PvP game modes, a few more that are focused more on “sustained combat” and then there are a couple of Co-Op game modes that put your team of about 12 guys up against a force of AI. I tried this out and was pleasantly surprised at how effective the AI was. One of my very favorite game modes so far is the VIP mode where one of the members of the Security team is made to be the VIP for the mission. He is only supplied with a pistol and the rest of the team has to safely escort him to an extraction point without him being killed along the way by the Insurgent team. There are also other, more familiar modes like Firefight, which has the two teams battling over 3 control points.

Overall, there really isn’t a whole lot about this game that I don’t like. On my mid-range computer, I was able to run the game smoothly with no problem on the highest settings, which is a must-have for any fast-paced shooter such as this. I feel like they balanced the fast-paced shooter genre well with the slower, more methodical sim style. So, whether you like your tactical, slower-paced, thinking shooters, or you like your twitch style shooters, I think you’ll find something you’ll love with Insurgency. Also, at a $14.99 price point, you really can’t go wrong. 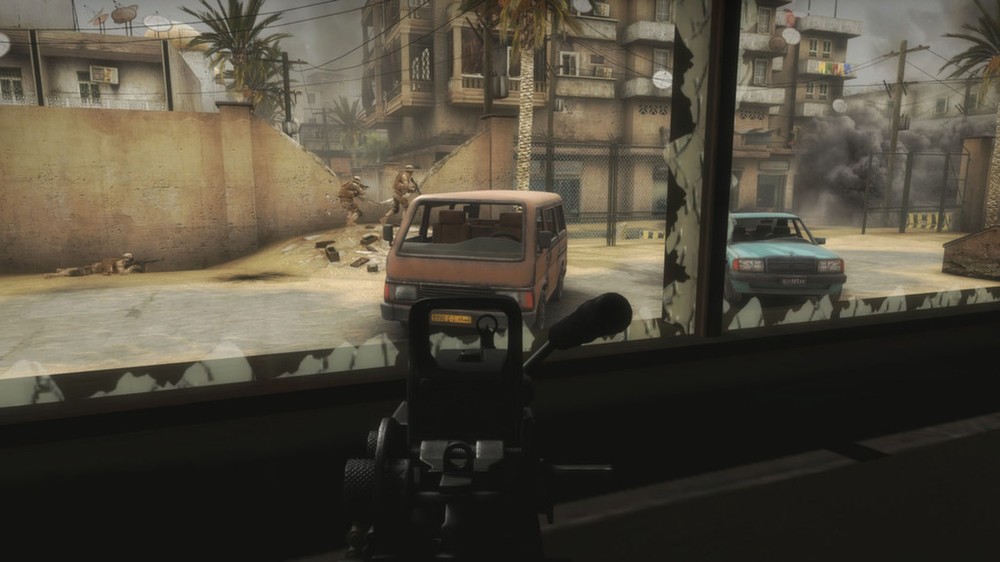