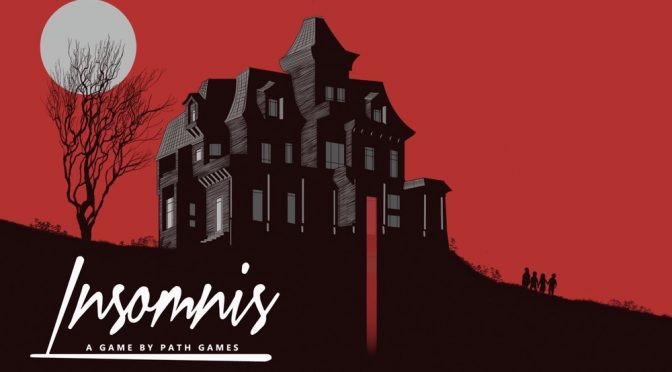 Insomis has been making the rounds on the net in various forms over the past two year, before finally achieving its 2021 release on the PS4 – which is fitting as it was produced by fledgling Barcelona-based indie developer Path Games as part of the PlayStation Talents program.

A first-person horror puzzler, Insomnis does a fairly good job delivering a generally disturbing atmosphere as the gamer explores the dilapidated (and haunted) mansion once belonging to the recently-deceased grandfather of the game’s main (and only living) character, Joe Castevet. 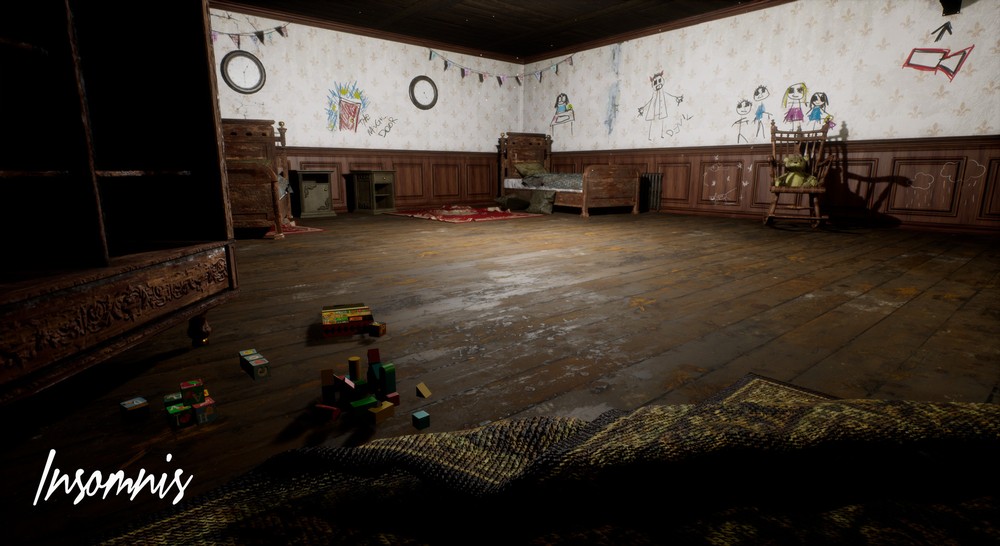 Upon Grandpa Roman’s death, Joe receives a message from his grandfather’s lawyer informing him that he has been bequeathed the mansion as a part of the will. Joe arrives at the mansion late at night in the midst of a storm, leaving him little more to do than to explore the eerie mansion uncovering clues that indicate a dark family history.

For an indie game, Insomnis is initially quite impressive in its overall sense of tension and vulnerability.  With only minimal lighting, tense background sound effects and music, and disturbing artwork scrawled across the walls, there is always an impending feeling that something sinister is going to happen.  Only, it doesn’t. 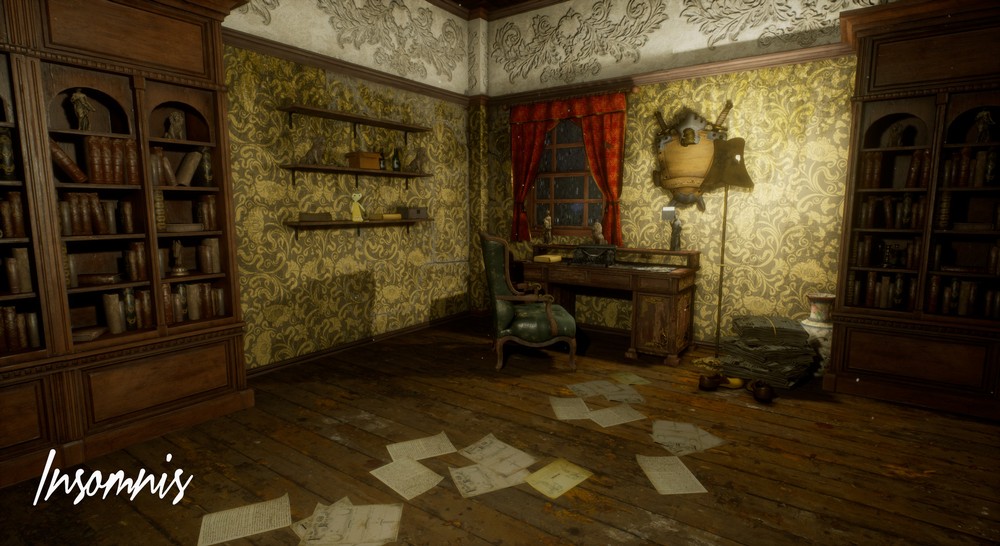 Seriously, other than a few jump scares scattered around – at no point is Joe in any real harm in the entirety of Insomnis.  The NPC’s are simply there for the scare factor and to provide additional clues, as they pose no threat to Joe whatsoever.

The gameplay is all about wandering the halls, entering rooms, searching drawers and cupboards for items, and solving random puzzles which help you repeat the process.  There’s a lot of backtracking to-and-fro as previously-locked doors are suddenly unlocked – most times with little-to-know no indication as to why. 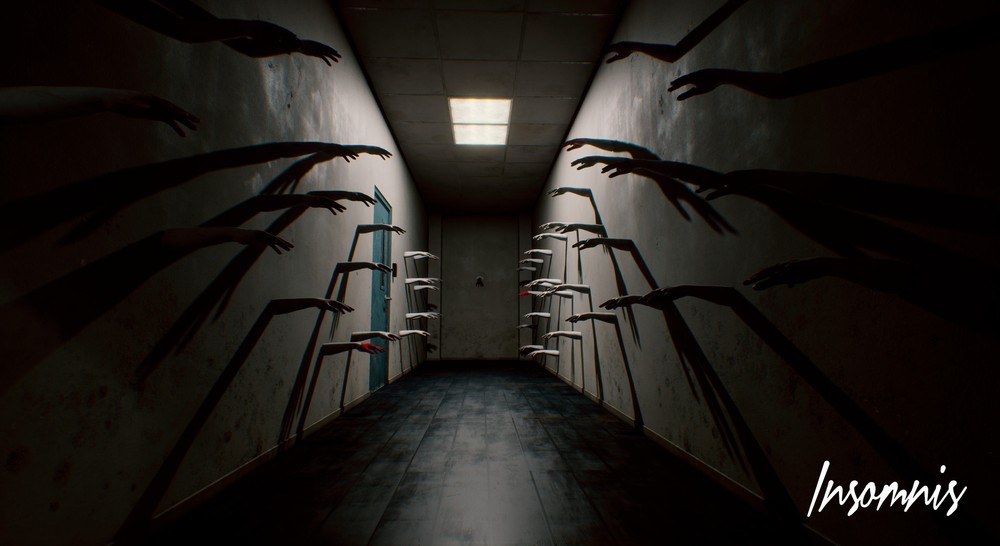 I’m the kind of gamer that likes to have a good handle on what’s going on and where I should go next, and I never felt like I knew what the hell I was supposed to do next while playing Insomnis.  The result is that what started off as intriguing, quickly became irritating, and I would have completely nodded off if it weren’t for the few startling scenes of kids slamming doors or crawling across the ceiling to shock me back into consciousness.  If you ever downloaded and played Hideo Kojima’s Silent Hills demo P.T. a few years ago, the demo in which you kept circling the same halls over and over waiting for something to scare the bejeezus out of you – welcome to Insomnis. 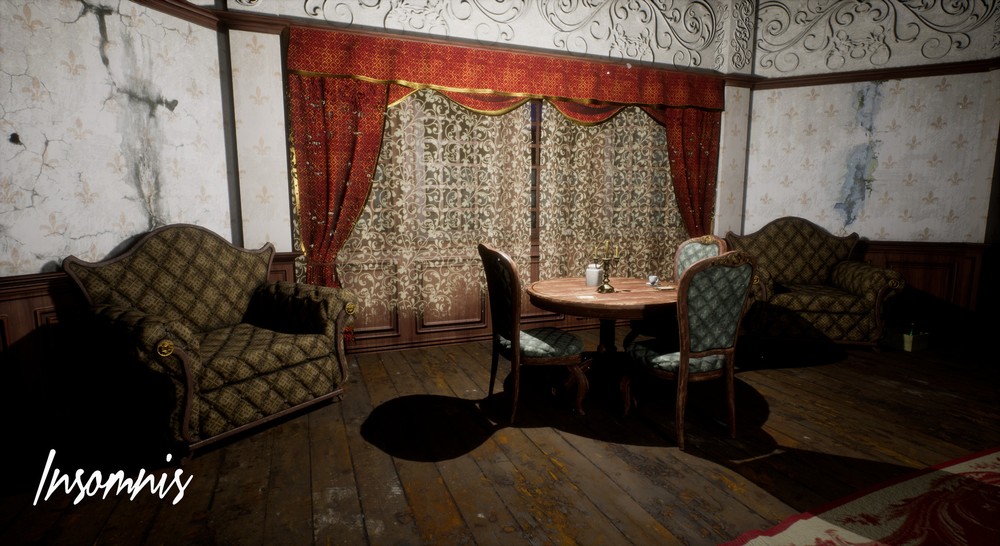 Once again, for an indie game, Insomnis does a great job with the eerie presentation.  And kudos to the Spanish developer for doing a great job translating the game to English – including the handful of voiceovers.  And even though I found a handful of the puzzles were actually quite clever, the fact that I found more interest in finding the hidden collectables than actually playing the game is a pretty good indication that the overall gameplay is lacking.