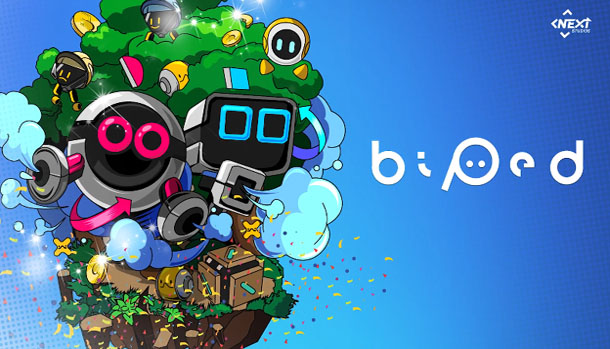 Award-winning independent developers NExT Studios and META Publishing are proud to announce that their acclaimed cooperative puzzler Biped is now available on Sony’s Playstation 4! After its PC launch on Steam, co-op gaming enthusiasts and Sony fans can now buddy-up and bond with this delightful puzzle journey.

Numerous accolades have been awarded to Biped on the convention and festival circuit. It has won Indiecade Europe’s 2019 Audience Choice award, Best Game Design in Asia at Indie Prize, and was a Gamer’s Voice nominee at SXSW 2020. Additionally, it boasts a 93% positive score on its Steam page! A resounding cry of support from NExT’s most important critics; the fans that help them continue to make quality games. To further strengthen the PS4 release, Shuhei Yoshida, Head of Independent Developer Initiative at Sony Interactive Entertainment, recommends Biped on his Twitter account.

Biped is a friendly physics-based journey where players control their cute robot protagonists, Aku and Sila, as they go on a quest to keep the Earth from going dark. The players will navigate by controlling the robot’s legs with Biped’s elegant and unique controls. They can walk, slide, and operate puzzles by moving their robot’s legs individually. Teamwork will be essential to progress as you coordinate to explore the world, avoid traps, and even fling your friend to scale walls!

“We’re very proud of the enthusiastic response we’ve received from co-op gamers around the world since the PC launch. We can’t wait to help bring Playstation fans closer together with our game, too. Both this version and the Switch release coming later this year have been built from the ground up for their respective platforms as well. They will feature the same smooth performance and controls with optimizations tailored to their hardware.” says Illya Salamatov, CEO of Meta publishing.