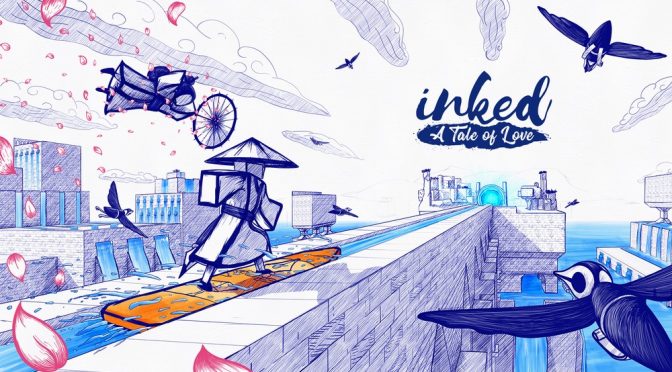 Inked: A Tale of Love is a unique PC puzzler that has just made a console crossover.  Originally released on the PC in April of 2018, Croatian developer Somnium Games and Hong Kong publisher Relaternity Limited have delivered a captivating puzzle game that is as gorgeous in its presentation as it is unique in its gameplay.

Inked: A Tale of Love tells the story of the Nameless Hero (yes, that actually IS his name in the game) who upon returning from battle sets off on a trek with his wife Aiko in search of whatever it is that could be causing the wildlife to become ill in their beautiful land. 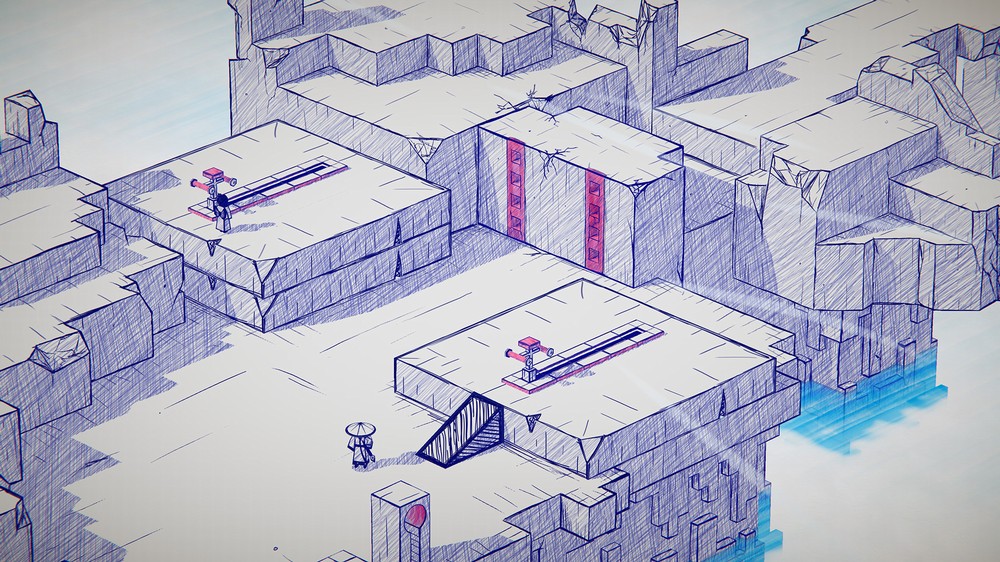 Each world consists of a series of switch-and-lever puzzle levels which open pathways allowing Nameless Hero and Aiko to progress through their complex world, constructed entirely of gorgeous ballpoint pen-and-paper sketches. Every now and then, the hands of Adam, aka “The Artist”, come into view as he interacts in one way or another with the environment – sometimes helping, sometimes hindering – but for the most part it’s incredibly detailed ballpoint pen line art on a white sheet of paper.  The point of each level is simple – get Nameless Hero and Aiko to the portal at the far end of the level.

Most of the switches require the use of a handful of moveable objects in the level – with Nameless Hero either by physically interacting with them (pushing/dragging), or by using Aiko’s art pen to erase and redraw them.  A typical puzzle would require Nameless Hero to redraw a level’s identified boxes, wedges (ramps), and planks so as to guide a ball from its release location to remote hole to engage a switch that extends a bridge across a chasm.  Yes, it is a bit of Marble Madness mixed with the classic board game Mousetrap, and every bit as rewarding as the two. 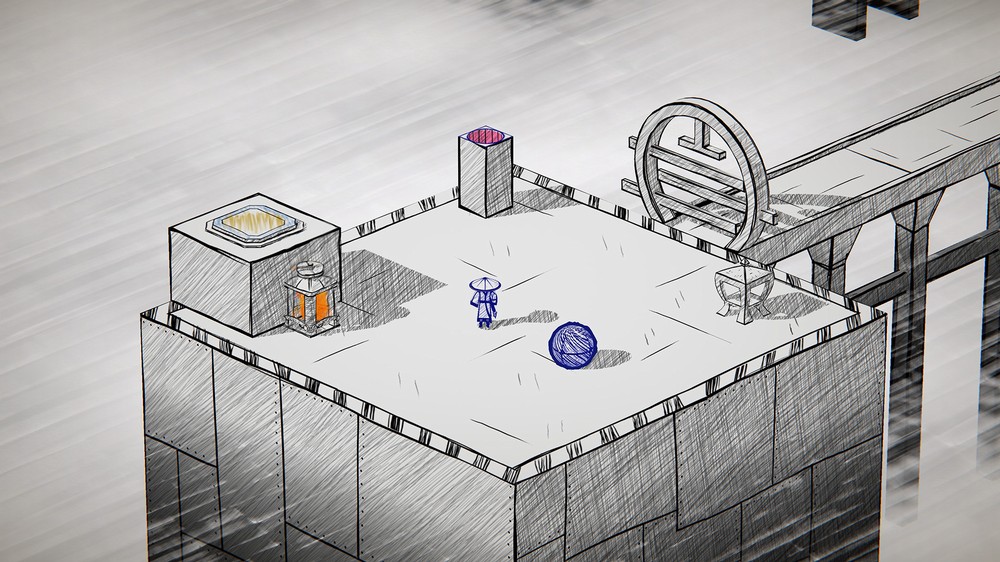 The game contains ten separate levels, with over 60 puzzles in total.  Most puzzles are quite easy to figure out, and even the few head-scratchers generally have a simple solution that just happened to be overlooked.  For instance, about halfway through I was stuck on one particular level knowing that somehow an interactive box (one that cannot be redrawn) needed to be up on a platform to act as a backstop for a launched ball, but it somehow took me 20 minutes to realize that I could push that box up one of the ramp segments I was using elsewhere – it sounds simple on paper, but it wasn’t so obvious on the screen.

A addition to the puzzle-based gameplay, is an optional scavenger hunt within each level for pieces of Aiko’s artwork which is hidden amongst the landscape – it may sound silly, but this was a highlight of the game for me, as I scoured every square inch of background looking for the cleverly camouflaged pieces, and I have to admit I don’t think I’ve 100-percented any of the levels’ hidden artwork. 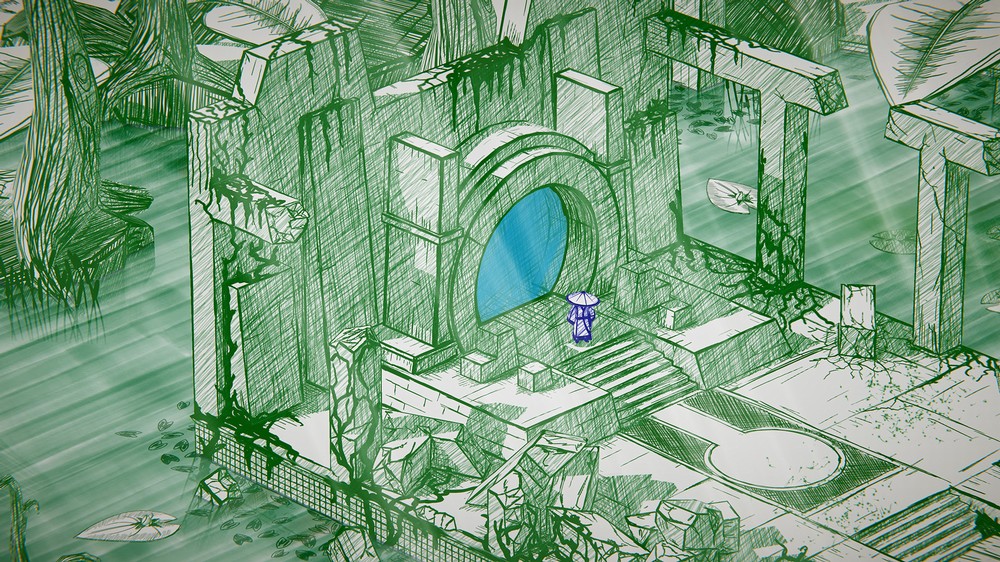 The visual presentation isn’t the only highlight of Inked: A Tale of Love, as the audio package is equally well done.  The Narration may be a bit corny, but given that it is delivered via a soothing bedtime story-like voice, it adds a bit of polish and professionalism that many budget-titles don’t achieve.

Inked: A Tale of Love, isn’t all that challenging, but the puzzles are unique, and the presentation is top-notch, and I especially liked searching for Aiko’s hidden art.  The $10 price tag makes Inked: A Tale of Love a no-brainer for puzzle game fans. 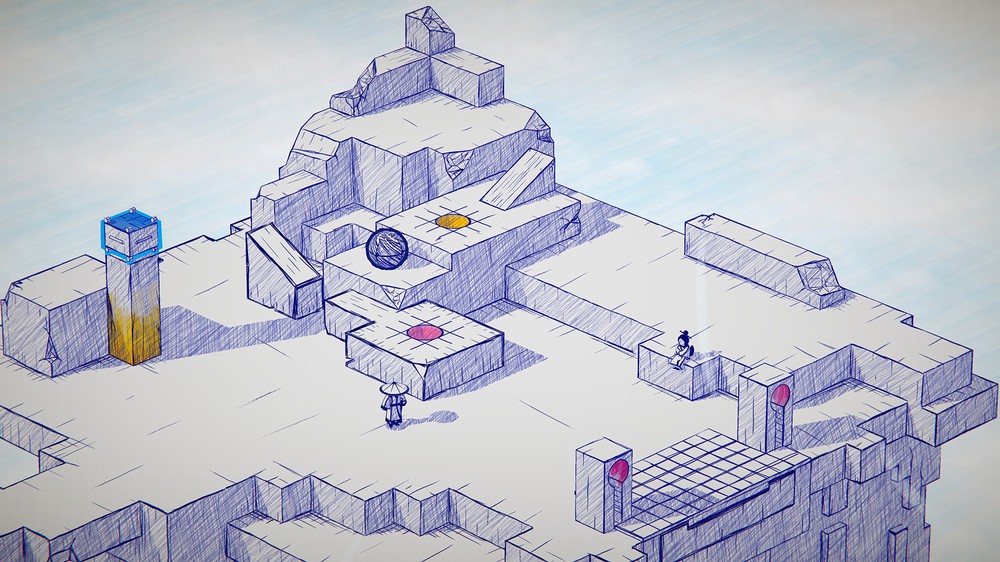 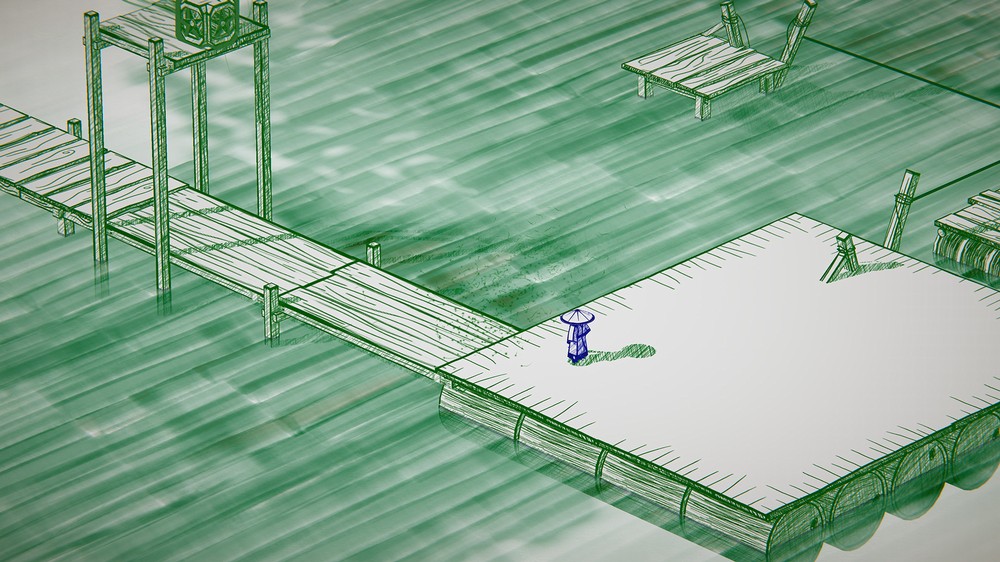 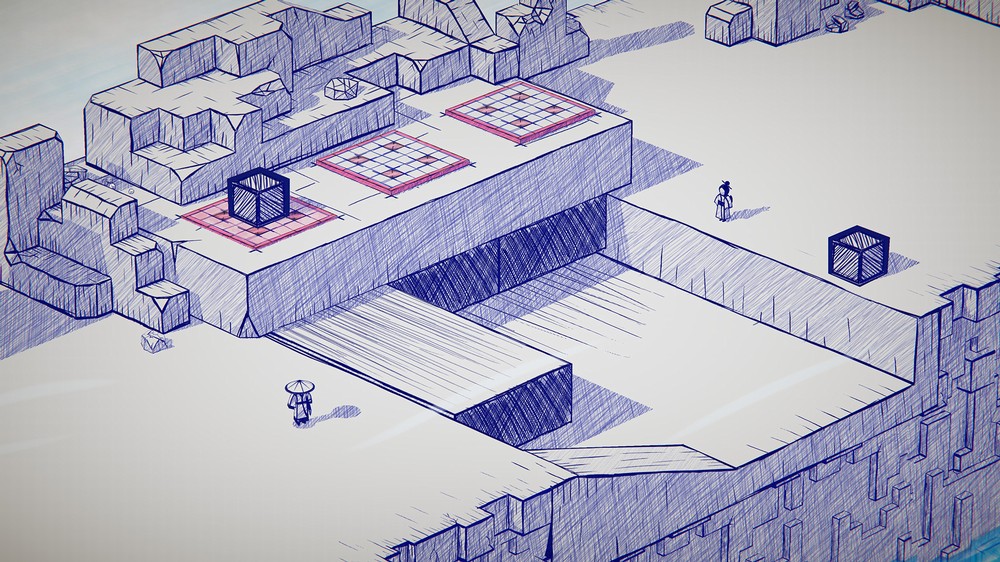 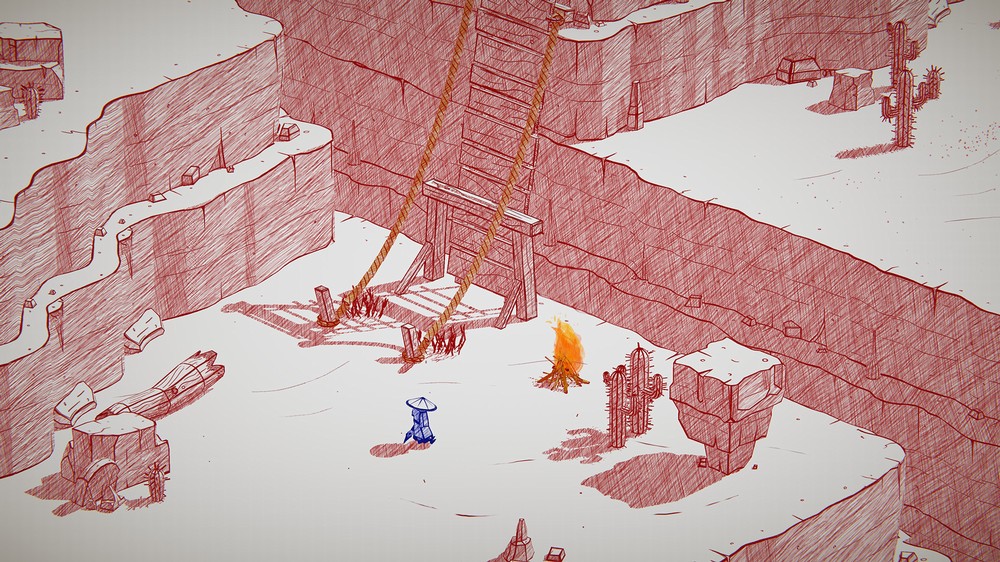 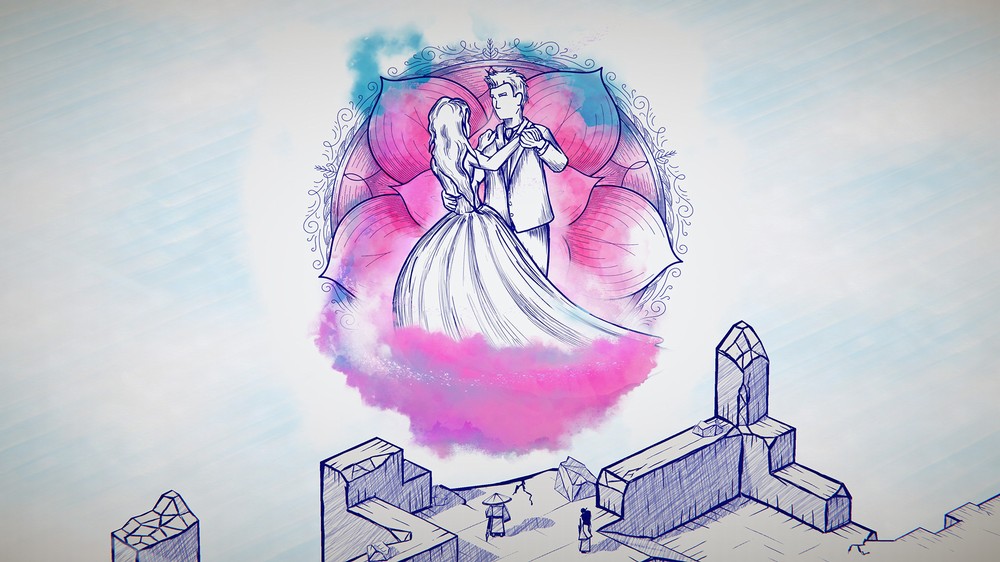