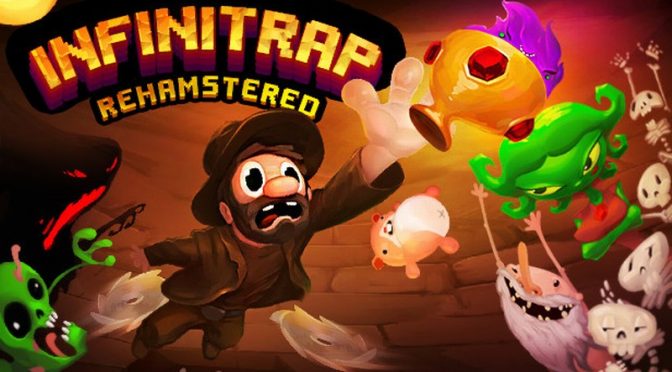 Featuring a nearly infinite number of deadly traps in a massive, ever-expanding dungeon, Infinitrap: Rehamstered’s devilish difficulty dares players to think fast and move even faster on the quest for the fabled Cup of Eternity.

In Infinitrap: Rehamstered – developed by Québécois studio Shadebob Games – the player takes on the role of Ohio Jack, the world’s Second Best Adventurer, as he fights for survival … and better work conditions. But between fame and a spectacular fall from glory, there’s the small matter of dungeons – especially those that happen to be filled with bone-crunching, piercing, acid-laden traps and horrors beyond compare …

Shadebob Games hasn’t left PC gamers behind. Infinitrap: Rehamstered on Steam includes a full-featured Level Editor that allows players to assemble ever-more-treacherous levels and share them with friends. Besides making the game infinitely replayable, the editor also offers budding designers a venue to show off their design skills – and maybe even make a few enemies along the way.

Infinitrap: Rehamstered is now available on Xbox Series X/S and Xbox One for $12.99.

The Steam version (which contains an exclusive level editor) retails for $9.99 and is compatible with Windows, Mac, and Linux.