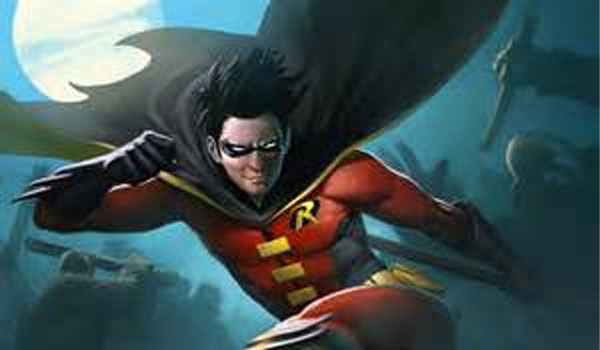 Get a sneak peak at Robin in the latest Champion Profile video from Infinite Crisis, the upcoming free-to-play MOBA from Turbine based in the DC Universe, and then play as Robin in-game on Wednesday, 12/18! As an acrobatic support, Robin empowers his allies and disrupts his enemies with devastating team-fight setups.  Born with the drive to make the world a better place, Robin’s keen mind and martial prowess make him far more than a mere sidekick.

When Batman’s previous apprentice was slain, Tim Drake resolved to become the next Robin. Studying Batman and his associates, Tim eventually linked a move used by Nightwing to one performed by a circus performer named Dick Grayson. Once that piece fell into place, Batman’s identity became evident and Tim approached Bruce Wayne with his request. Initially resistant, Bruce agreed after an impassioned argument from Nightwing.

Check out the new Champion profile video via the link and embed code below, along with the accompanying character bio, screenshots, and key art.

Be sure to sign-up for the closed beta to be among the first to test your skills in the Infinite Crisis battle arena.