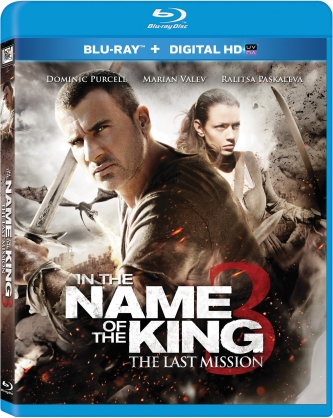 Looper meets Clash of the Titans in the next chapter of the video game-inspired non-stop fantasy action adventure where Hazen Kaine (Dominic Purcell), an American hitman, skeptically enters into what he hopes is his final contract with corrupt European crime lords. When Hazen realizes he’s been tasked with an impossible mission involving the countries royal family, the stakes change and his mission turns into an all-out fight for survival that takes him spiraling back to medieval times. Now completely out of his element, he must evade a vile medieval army and reclaim a stolen kingdom.

In the Name of the King 3: The Last Mission Blu-ray

In the Name of the King 3: The Last Mission DVD