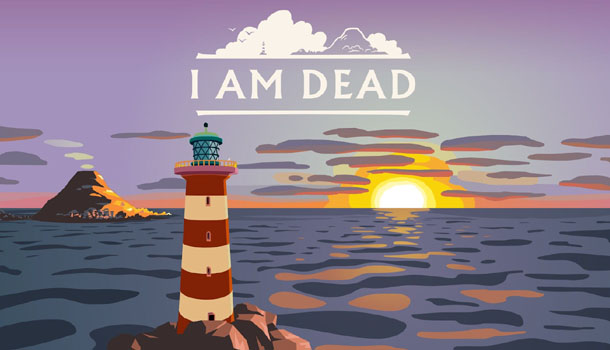 Morris Lupton is dead. This wouldn’t normally be too much of an issue, as Morris is spending his afterlife with his faithful canine companion Sparky, but Morris has found out that the island that he spent his life on is about to be destroyed by a volcanic eruption. To prevent his from happening, Morris and Sparky have been tasked to find a new Custodian for the island of Shelmerston. As the Custodian is required to be someone who has previously lived and died on the island, the duo is required to enter the memories of some of those who knew the island’s departed residents best, in order to find the most suitable candidate to save Shelmerston.

I Am Dead has a fairly simple premise and gameplay setup, but this allows the experience to focus on presenting a charming sense of a community and a surprisingly affecting series of glimpses into the life of some of the residents of Shelmerston. The gameplay is effectively broken down into a number of chapters, with each focusing on a particular resident of the island. You learn more about each resident by entering the memories of those who knew them best, at which point you will be told a story from the memory-holder’s perspective, with the player bringing each scene from the tale into focus by twisting and turning the image, similar to a kaleidoscope. There isn’t much of a challenge to forming any of the images from these tales, but the mechanics do aid in allowing the player to feel like they have some agency in coaxing these stories out of the recesses of people’s minds. 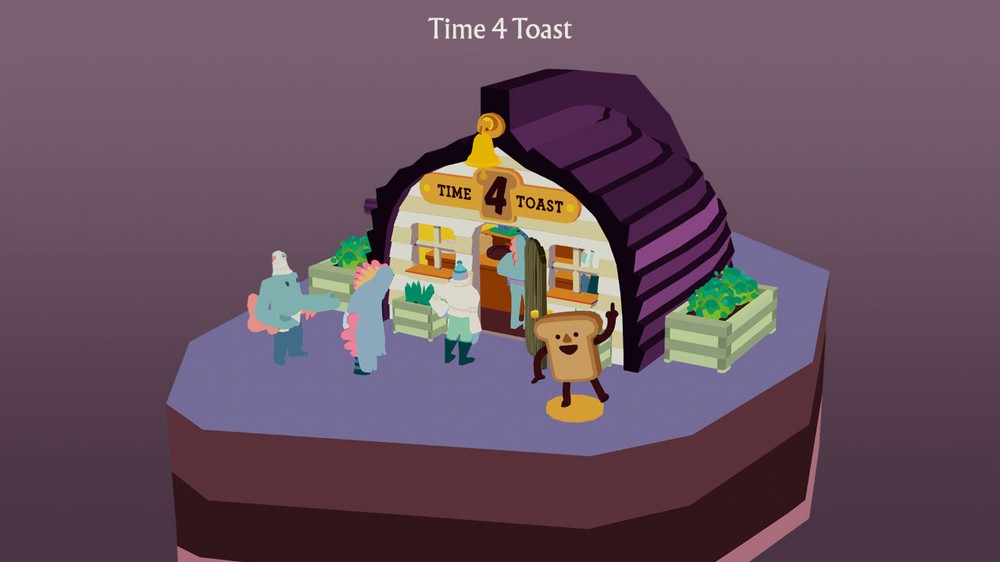 Once the story has been fully formed and told to completion, it will reveal clues to a memento from the subject’s life. There are five mementos to find for each character and once found, their spirit will appear to allow Morris to converse with them in an attempt to convince them to take on the role of Custodian. Finding each memento is the trickiest part of I Am Dead, though providing you pay attention to the stories that you are being told, you will often have a good idea of where to look. To find the objects, Morris can use his newfound ability to look inside items, meaning that you can find things that would otherwise be hidden. To do this, you use the shoulder buttons on the controller to zoom in and out, but rather than zooming in on the surface level, Morris is able to cut through items, meaning that the further you zoom in, the more layers are peeled away. It’s an intriguing mechanic that allows for some interesting puzzle design, but also works well on a visual level.

Visual design is one of I Am Dead’s strongest aspects, and it goes a long way to establishing the identity of both the game itself, and of the island of Shelmerston. There’s a definite feel of a children’s storybook, both from the artistic style of the character and world design, but also from the characters themselves. There are characters with apples for heads, a Toucan that works as a ferry captain, and a race of sea-dwelling folk who mingle with the islanders and have a penchant for eating toast. Shelmerston is wonderfully designed and is consistently charming to observe, and there is a level of detail to the world that goes beyond the main narrative and includes a number of minute details that could easily be missed by players. One of my favorite examples of this was when I was looking for mementos in a park and found a bundle of nursing kittens hidden in a bush. It wasn’t anything that added to the story or helped me with my ultimate objective, but it encouraged the thought that Shelmerston was a living world with plenty going on. 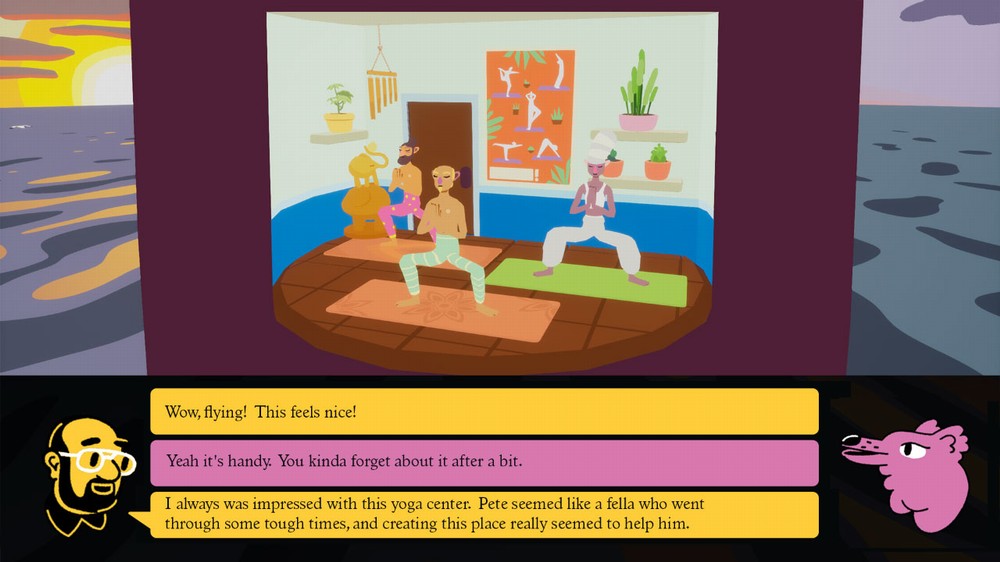 I Am Dead isn’t a long game, and as mentioned previously, it isn’t especially challenging either. I had maybe two or three of the mementos that required a little bit of time to find, but for the most part I had a good idea of where I needed to look for each one, either by paying attention to wat I was being told, or due to the fact that the mementos themselves were located in a fairly logical spot. I finished the game over a couple of evenings, and sitting on the couch with my partner, we were perfectly happy to take our time with the experience, listening to the stories of the residents and exploring each location to see what could be found off of the beaten path. Both the pacing of the narrative and the length of the overall game felt perfect for the story that was being told, and come the end of the experience, I was happy for the tale of Shelmerston to come to an end, as it felt appropriate.

Despite the threat of an active volcano looming over the island, I Am Dead contains a distinct lack of narrative thrust, but this isn’t bad thing. While it there isn’t as much of an ominous feeling as 2015’s Everybody’s Gone to the Rapture, there’s a very similar air of quaintness to proceedings that, despite the fantastical inhabitants, make the island of Shelmerston feel real, like a village you went to on holiday when you were young, but now can’t quite remember clearly. This isn’t the kind of game for someone craving excitement and moment-to-moment reveals, because I Am Dead reveals itself slowly to the player, taking its time with building its characters and stories, rather than delivering them in a series of quick flurries. 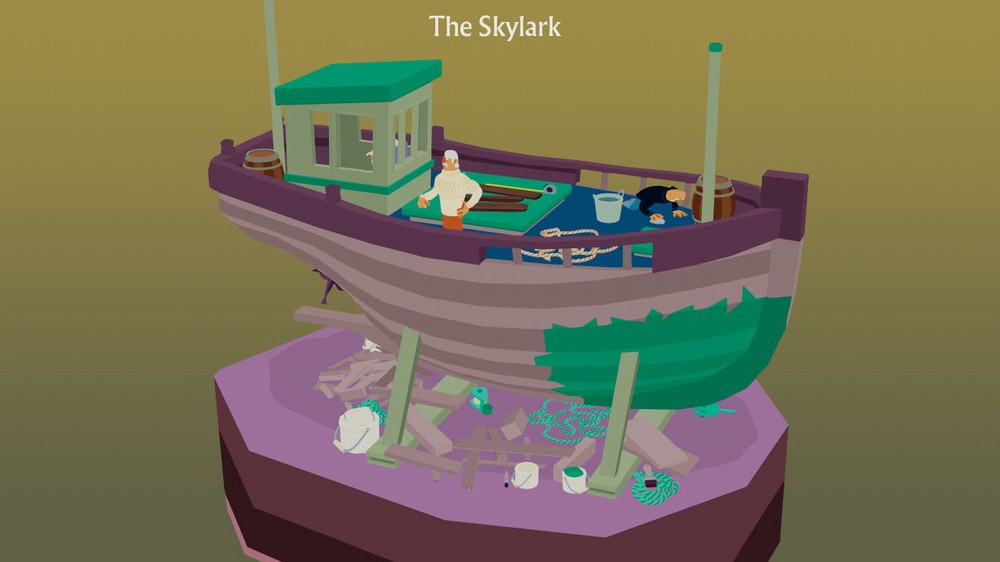 I was initially a little confused by what I Am Dead was attempting to do. It felt like there was a general lack of purpose to what I was supposed to be doing, and while the art style was intriguing, I had no idea of who the characters were or why I would be interested in them. By the end the game though, I had developed a genuine warmth towards the cast and the setting, and I was sad to leave Shelmerston behind. The visual style, the voice acting and the character design all go a long way to making Shelmerston feel like a wonderful place to be, and the writing makes you care for these characters that you’ve never met, and some of whom have already been dead for a number of years. I Am Dead is a charming if slow-paced experience, and if you’re looking for neatly delivered narrative package to relax with, then I Am Dead is well worth picking up.