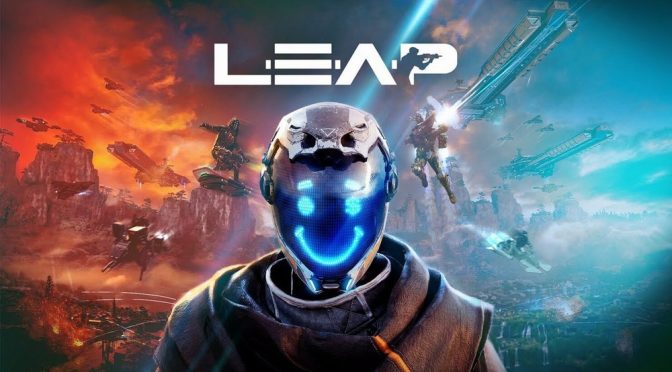 Select members of the LEAP community have worked with the Blue Isle Studios dev team to create new mods including an ‘IcyDay’ map and the ‘TeamDMod’ Zombie mode mod. To see more mods available for download, please visit the LEAP mod.io homepage.

In LEAP, players will select from four unique classes, each delivering a unique balance of power, agility and defense as well as epic abilities that bring shock and awe to foes. Players can choose from different gameplay modes including PVP mode and PVE mode Special Operations, where four-player teams face off against new enemies like the specialist and stealth assassins.

Call in orbital strikes, set up automated turrets, or control guided cruise missiles with exosuits armed to the teeth. Large-scale combat takes place on a variety of stages and skilled mercenaries use jetpacks, grappling hooks and highly distinctive Personal Vehicles to close the distance on control points and active firefights. Nothing is more menacing than a LEAP mercenary saddled on a robo-moose galloping at full speed.

LEAP is available now on Steam Early Access for $29.99. Mercenaries are invited to become a founder by purchasing the Founder’s Edition ($19.99), which is only available during Early Access and includes custom skins, contract bonuses, keychains and more.