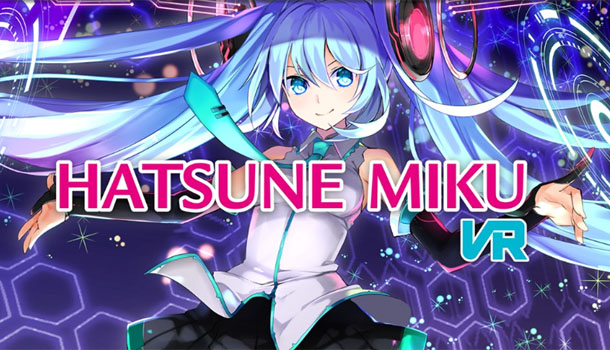 Hatsune Miku VR is as close to Just Dance as you can get without moving your feet, legs, or torso so limber up those shoulders and elbows and get ready to wave those arms in the air like you just don’t care. Join world-famous virtual singer Hatsune Miku on stage as she sings and dances while you try to catch the multi-colored notes flying at you from her wall of concert speakers. If this sounds a bit like Beat Saber then you’re right, only instead of sabers you have short glow stick wands and to capture a note you only need pass the tip of your wand through the circular notes as they stream toward you.

It’s truly as basic as it sounds yet incredibly challenging as most all of the songs are these lengthy, high-energy, J-Pop tracks with notes flying at you from all angles at varying rates of speed. There are even long streams of notes you much catch in sequence, and these often spiral around you causing you to make large circular arc patterns to catch them all. Everything about this game screams tween girl from the main character design, costumes, stage art, and even the music, which is probably why this 55-year old gamer with stiff shoulders could only manage 2-3 songs in a row before tapping out. In many ways this game is more strenuous than Beat Saber since you have to keep your arms up high for extended periods of time. My only real issue with the Hatsune Miku VR is that the notes don’t really seem to sync with any beat or rhythm in the track, making this all about hand-eye coordination rather than any sense of musicality. 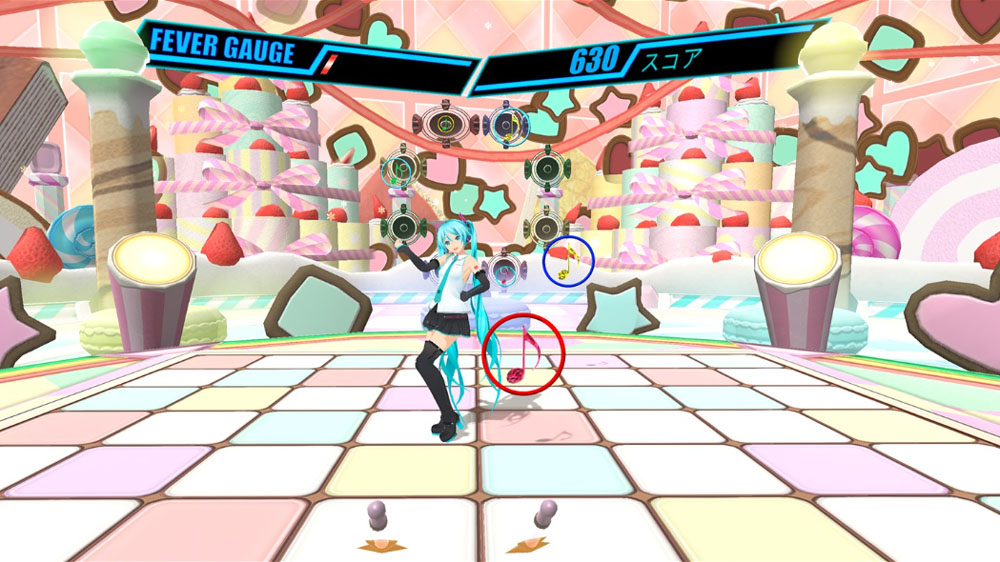 The graphics are very nice with great stage scenery and cool animated dance moves that you likely can’t watch or appreciate while actually playing the game. It’s great for anyone else in the room watching on the big screen, but thankfully the game has a video mode that allows you to go back and watch every song and performance as a music video from multiple angles with a choice of stages and outfits. The menus are simplistic and easy to navigate for choosing your songs and options for each performance.

Hatsune Miku VR has been available on Steam for over a year, but has just released to the Oculus store with a version that includes some new content as well as all 19 songs from the Steam version, ten of which had to be purchased as DLC on Steam. There are seven dance stages to choose from as well as new costume and glow stick options and multi-language support for English, Japanese, and Chinese. This new Oculus version has it all, and it works great with the new Rift S and Touch controls. Arguably, this front-facing game doesn’t even need VR any more than a game like Rock Band or Guitar Hero, but there is a certain level of added immersion and a “cool factor” that VR adds to the experience. The game can be played seated or standing, and the overall experience is quite comfortable with little chance of VR sickness. 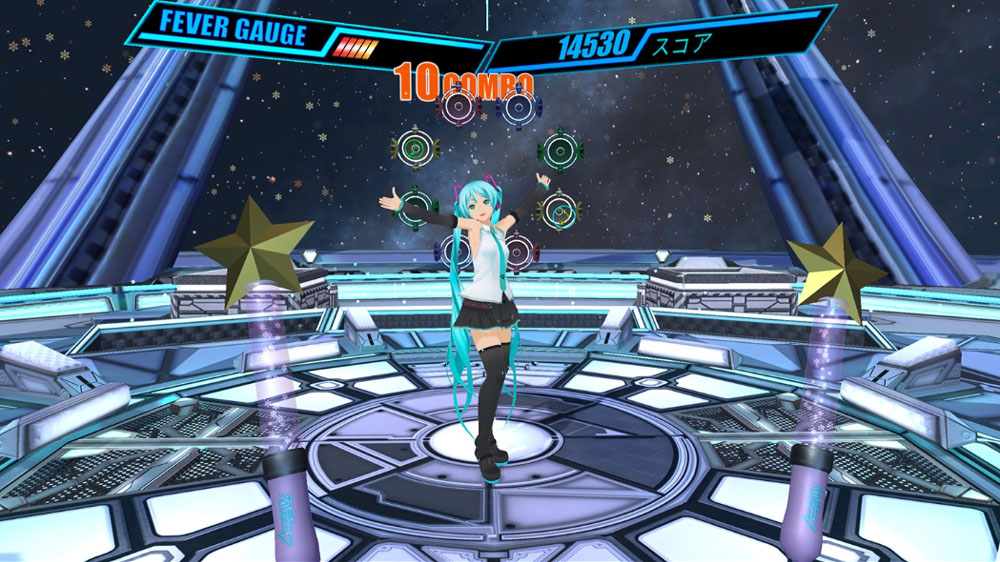 There is a fairly good system in place to incentivize replayability including leaderboards, rankings, and plenty of unlockable content.  It’s rather disheartening when a song is over that you think you did well on only to have the crowd “boo” your C-grade average performance.  Note patterns are consistent across difficulty levels, so it is possible to memorize the streams and improve your scores the more you play.

There’s not much more to say about Hatsune Miku VR. As with any music game your enjoyment of the game will be directly proportional to your enjoyment of the music. I usually have a hard time choosing my favorite songs in these music games, but here I was constantly seeking out the least objectionable. Personally, I’m not a big fan of any of the songs in this game. It all sounds like sped-up pop-music with high-pitched female chipmunks squeaking out the Japanese vocals, and that’s perfectly fine – I’m certain there is an audience for that genre of music. I was able to endure the song list long enough to appreciate the simple yet challenging game lurking behind the music, and if you have kids who love anime and/or J-Pop then they are going to love this game. They’ll even get an upper body workout in the process. 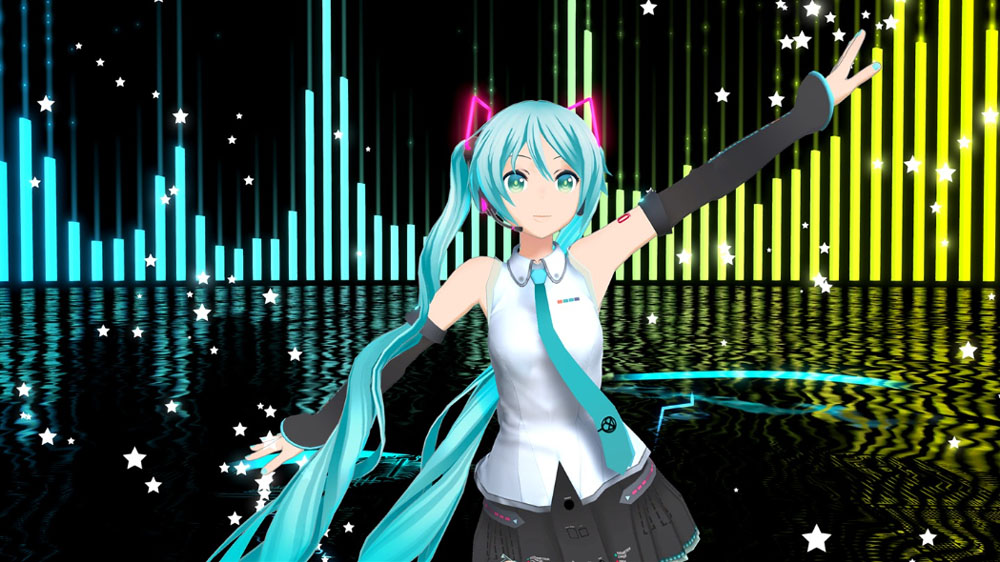