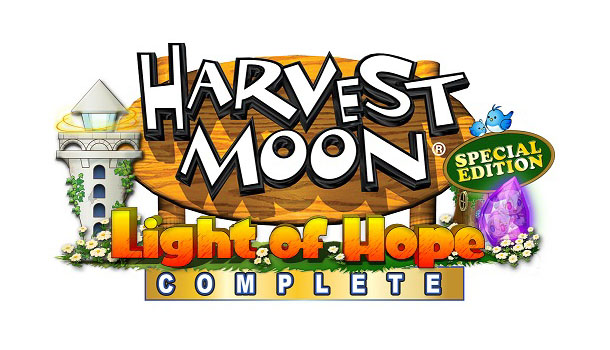 The game includes Harvest Moon: Light of Hope Special Edition and all DLC (an $18 value) for $29.99 at https://www.microsoft.com/en-us/p/harvest-moon-light-of-hope-se-complete/9ntmgqg1lbd9

“This is the second Harvest Moon title to launch on Xbox One and the Microsoft store,” said Hiro Maekawa, President and CEO of Natsume. “Players have instant access to hours of farming, collecting, and adventuring in Harvest Moon: Light of Hope Special Edition and the four DLC’s, which include cosmetic upgrades, new characters, and new stories to play through!”

Harvest Moon: Light of Hope Special Edition Complete has special features made specifically for consoles and introduces Soleil, a new character who uses their Gem Sprite magic to help around the farm with new Co-Op Play. Grab a friend and they’ll be able to control Soleil. Soleil will be able to grow crops, tend livestock, and gather materials. Farm work has never been so easy!

In Harvest Moon: Light of Hope Special Edition Complete, players begin the game as they set out looking for a fresh start and new surroundings. During their voyage, their ship is hit by a storm and goes down. As they drift into a small harbor town, now in a shambles from the storm, it will be up to the player to help rebuild the town and save the lighthouse…but it won’t be easy! Nevertheless, with some hard work growing crops, tending livestock, and gathering materials for repairs, players will be able to make new friends, start a family, revive the lighthouse, and save the town!

The game first released in North America in 1997 and has continued to see a steady rise of popularity and players, making it one of today’s most beloved franchises. Harvest Moon is revered for being a non-violent, family-oriented game for everyone, and there have been more than 31 games released in the series. A full history of the games in the franchise can be seen here: http://www.natsume.com/current_game/games/hm20th/index.html