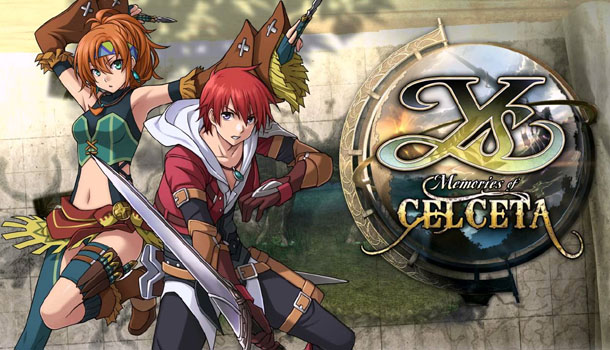 XSEED Games, the independent-minded publishing brand of Marvelous USA, Inc., today released the Nihon Falcom-developed RPG from the popular Ys series, Ys: Memories of Celceta, on Windows PC via Steam, GOG, and The Humble Store by Humble Bundle. Originally released on the PlayStation®Vita handheld entertainment system in 2013, the PC remaster updates this handheld classic with improved visuals and features for the definitive Ys: Memories of Celceta experience. The title is now available for purchase with a weeklong 10% discount off its regular price of $24.99, €24.99, and £19.99.

Thanks to visual improvements, including an optionally uncapped framerate and support for resolutions up to 4K, the world of Celceta has never looked better or run so smoothly. Fan-favorite modes like Time Attack and Boss Rush have also received improvements, including support for leaderboards to see how players’ scores stack up against each other. In addition to these improvements, the PC release includes a digital version of ‘Adol’s Travel Journal’, previously exclusive to the Limited Edition release on “PS Vita” system, which is packed with strategies to help survive the world of Celceta and paired with gorgeous artwork from the game.

Knowing nothing but his name, Adol Christin awakens to find himself in the town of Casnan—a bustling frontier village at the edge of an endless sea of trees and untamed wilderness. Bereft of past and purpose, he is left to wander the town until a mysterious information dealer who claims to know him winds up joining him on a sudden mission to rid the local mine of monsters. This unexpected quest reawakens Adol’s instincts as an accomplished swordsman, and together with Duren, his adventures attract the attention of a Romun Army general stationed in the town. Impressed with their skills, she enlists the pair to assist in mapping the Great Forest of Celceta – a task which many have attempted but none have ever returned from. Far from the frontier’s edge, Adol and Duren will have to brave the dangers of Celceta while constantly keeping an eye out for any clues that may help Adol recover his lost memories. More importantly, Adol must use his best judgment to decide whom he can trust and who is using his memory loss in order to deceive him…

Revisit the setting from the Japanese cult favorite Ys IV and explore the land and characters of Celceta in a whole new way with Ys: Memories of Celceta on PC. Originally released on the “PS Vita” system in 2013, the PC remaster of this title features support for a wide range of HD resolutions, multiple fixed framerate options as well as an unlocked framerate, customizable control bindings, mouse support, and much more for Adol’s most immersive and visually impressive trek through the land of Celceta to date. Explore one of the most expansive locales in the series’ history, complete with a robust and detailed mapping system that includes customizable waypoints to keep adventurers from losing themselves while unearthing the many secrets hidden within the wilderness. The now-familiar multi-character party system with real-time combat first introduced in Ys SEVEN makes a return in Ys: Memories of Celceta to deliver fast-paced yet strategic action punctuated with meaningful player choice. This PC release also features an enhanced take on fan-favorite Time Attack and Boss Rush modes, pitting Adol alone or as part of a full party of characters against an increasingly difficult lineup of bosses in a race against time – and against other Steam or GOG players, via newly added leaderboard support!

More information on Ys: Memories of Celceta can be found at www.worldofys.com/celceta/. The “PS Vita” system edition of this title has been rated “T for Teen” in North America by the ESRB. The Windows PC release has not been rated.