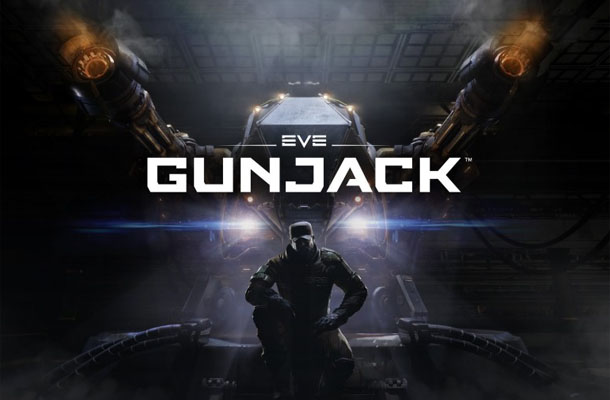 If it weren’t for the EVE logo in some of the featured artwork you would probably never know that Gunjack is part of the EVE universe. In fact, the only thing this game shares with the MMO is the developer and the universe in which the game takes place.

Gunjack puts you in the cockpit of a bubble turret and launches you outside of a giant capital ship where you must defend against increasingly difficult waves of hostile space pirates and maybe shoot down a few incoming asteroids from time to time. This is pure arcade gameplay at its finest with the pirates swarming onto the screen in Galaga-like fashion as you unload your massive chain guns and whatever secondary weapons you manage to salvage from the debris. 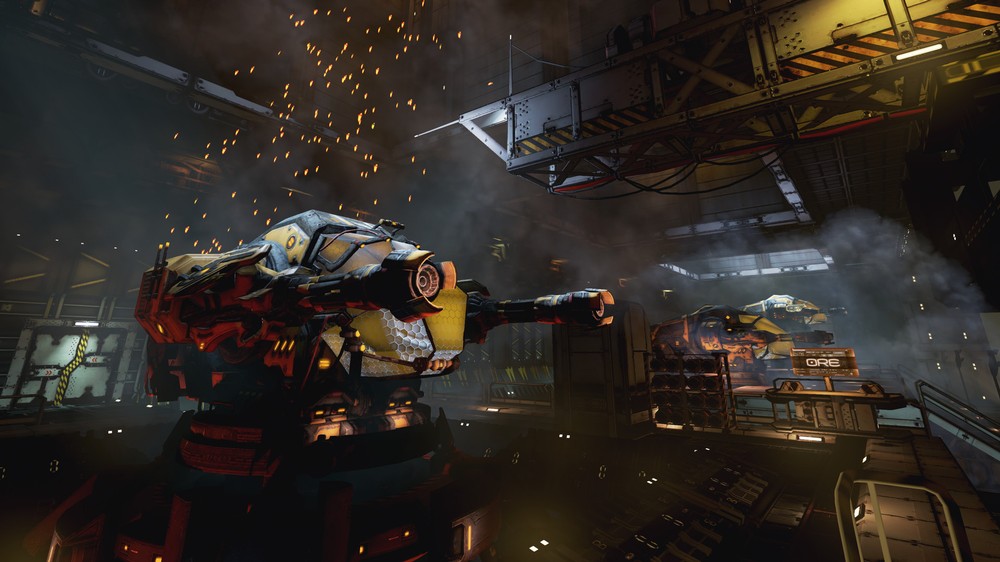 Collect the spinning boxes to gain temporary perks like lock-on missiles, smart bombs, time warp bubbles, turret repairs, and even the chance to swap our your main cannons for a deadly cutting beam laser. Enemies come in patterned waves from all directions with the occasional mini-boss and major boss ships warping in for a more advanced challenge.  Larger ships can launch their own guided missiles, forcing you to be even more strategic when it comes to reloading your main guns.  In fact, the reload time is your biggest enemy in Gunjack, so make sure to tap that reload button whenever there is a lull in the action.  There is nothing worse than watching the lengthy magazine-swap animation while a dozen missiles are bearing down on you.

Being primarily an arcade game Gunjack is admittedly a bit light on story. There is a very cool opening cinematic (make sure to look behind you the minute the game starts) and a brief narrative about working for the mining company and defending against space pirates in the Outer Ring.  Apparently humans are better than automated turrets – even in the future. 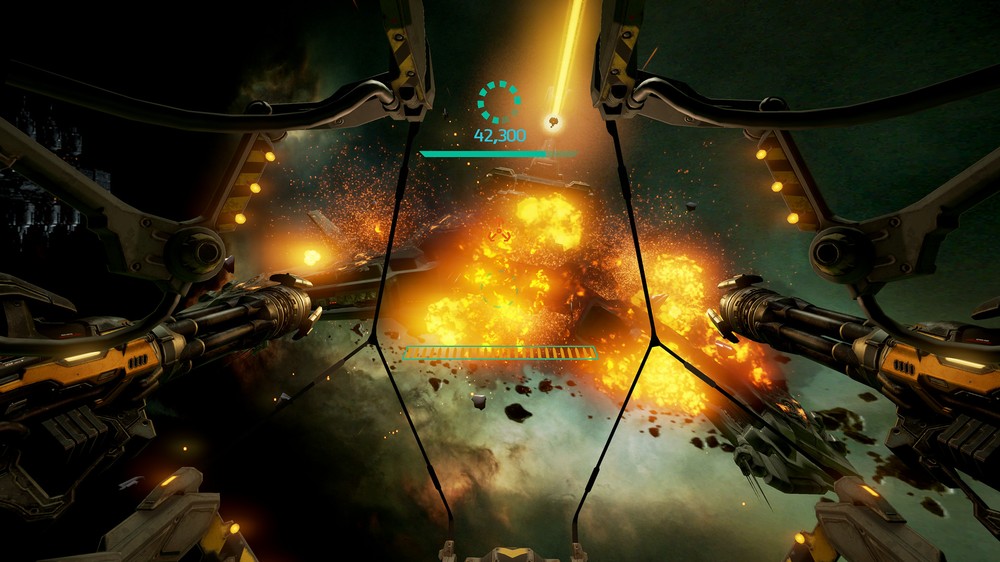 The Oculus Rift does an amazing job of putting you in the game. Prior to each mission you are treated to a pre-launch sequence that shows you strapping into your turret and bringing down the control arms much like getting ready to ride a rollercoaster.   As you are gently pushed down the launch tube into the vacuum of space you’ll have only seconds to appreciate the majestic scenery before the first wave of pirates arrive.  You could be orbiting a planet or fighting in a nebula or blasting your way through an asteroid belt, but every level is more gorgeous than the last.  It’s also cool to just look around your cockpit and appreciate the small touches like post-it notes on the walls and all sorts of lights and control panels that encompass your fully rendered body and arms.  You have a full 180-degree viewable area through the glass canopy that convincingly cracks and shatters when you take too much damage.

The controls for Gunjack are frankly the best of any VR game I’ve played to date. Arguably, they aren’t that complicated but the combination of gamepad triggers and head-guided targeting is a revelation to the shooting genre.  Just look at your enemy, squeeze the trigger and enjoy the lightshow. Red arrows indicate incoming ship directions and your remaining ammo meter is at the bottom of your HUD.   It’s so minimal in execution, but the ramping challenge starts to creep in around level six and then it’s time to sweat. 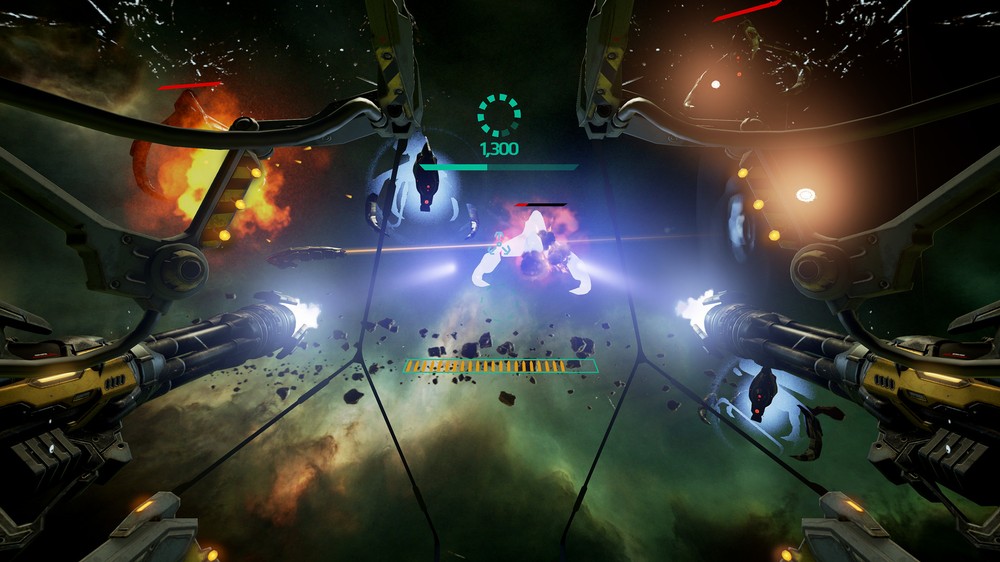 Gunjack is easily one of the most impressive games available for the Oculus Rift at launch, not only with its stunning visuals but also in its totally addictive arcade game design that will have you playing far longer than you probably should, and keep you coming back for more. Even after hour-long sessions there wasn’t a hint of VR sickness, and others in the office remarked on how comfortable this game was despite its moderate comfort rating.

Out of the 20-something games I currently have for the Oculus Rift, this is the one I keep coming back to time and time again.  It’s designed for short sporadic gameplay sessions, and the leaderboards provide an endless incentive to keep besting previous scores and earn all the gold medals.  If you own an Oculus Rift then Gunjack is a must-own addition to your VR library; especially with the low admission price of only $10. 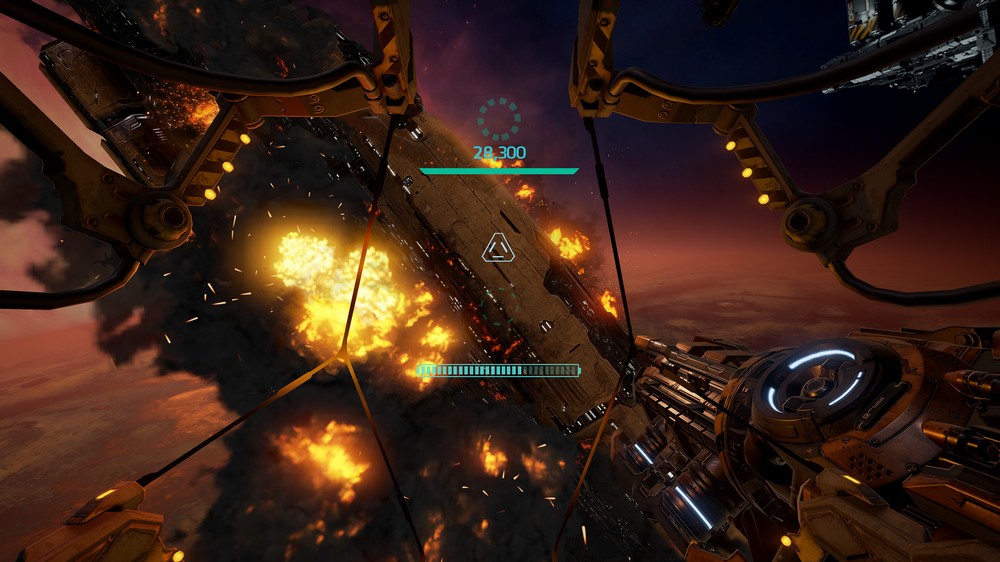 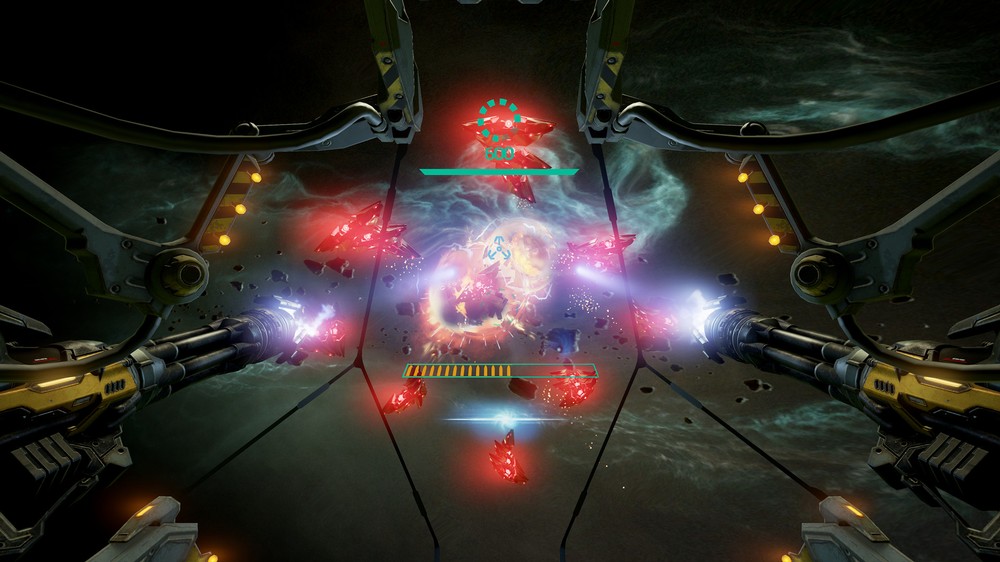