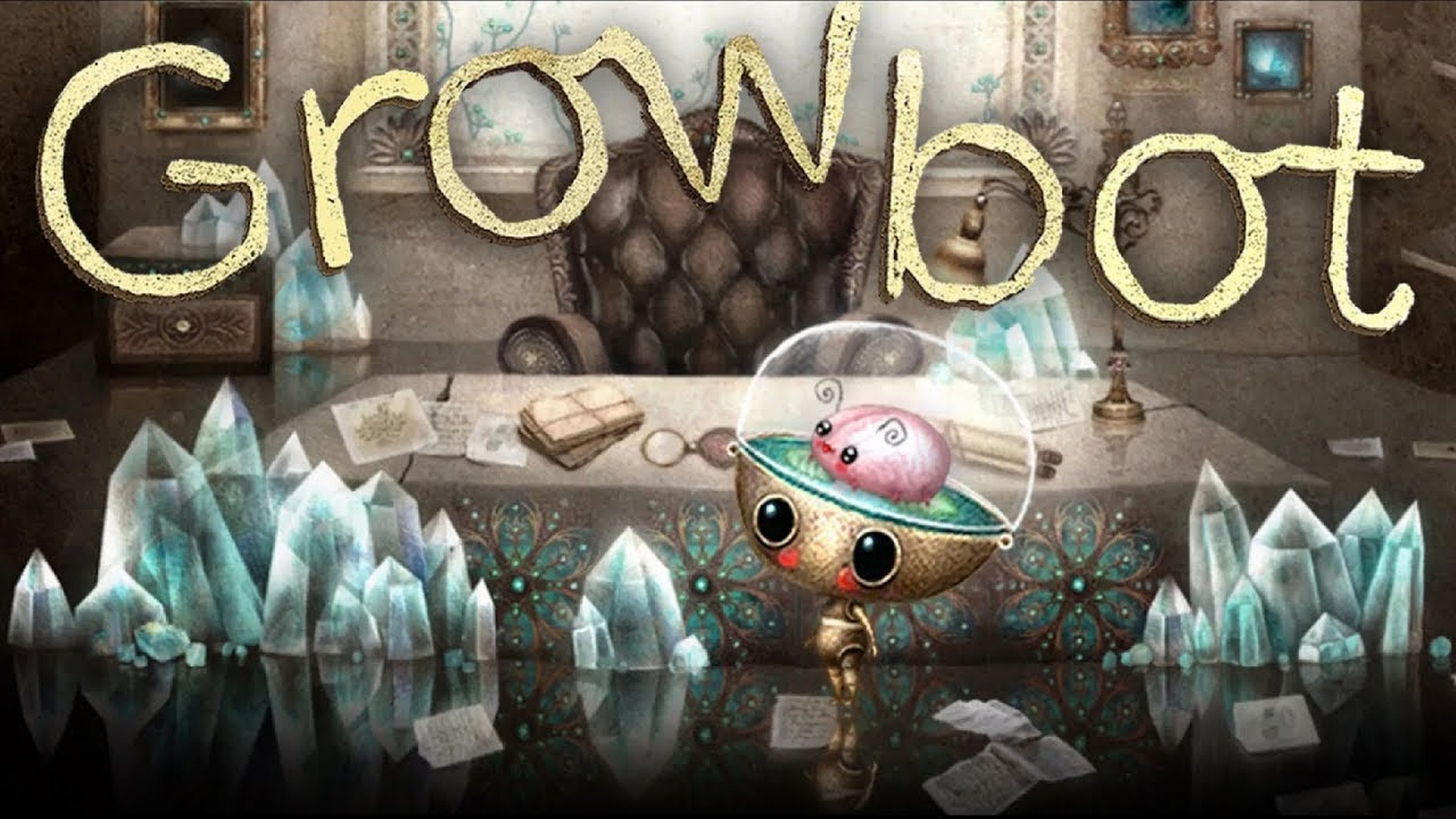 Take the art design of 2010’s Ilomilo and marry it to the point-and-click adventures of the yesteryears and you’d end up with Wabisabi Play’s Growbot. A biopunk space story, Growbot follows Nara, a sentient robot (a growbot) in training to become captain of her own space station, as she tries to save her station from unknown attackers. Nara’s daring rescue ensues through a traditional item-based puzzle solving adventure, that while beautiful and filled with lore, runs a bit short and leaves you wanting, just a little more.

Award winning illustrator, Lisa Evans, has poured her heart into the look of Growbot. Every room adds to the intrigue of the world she has established, from the station’s green areas in the interior garden to the Coral Grief and its colorful underwater world, there is something guaranteed to catch your eye. Adding to the charm, the original soundtrack scored by Jessica Fichot, captures the mystery and wonder surrounding you. 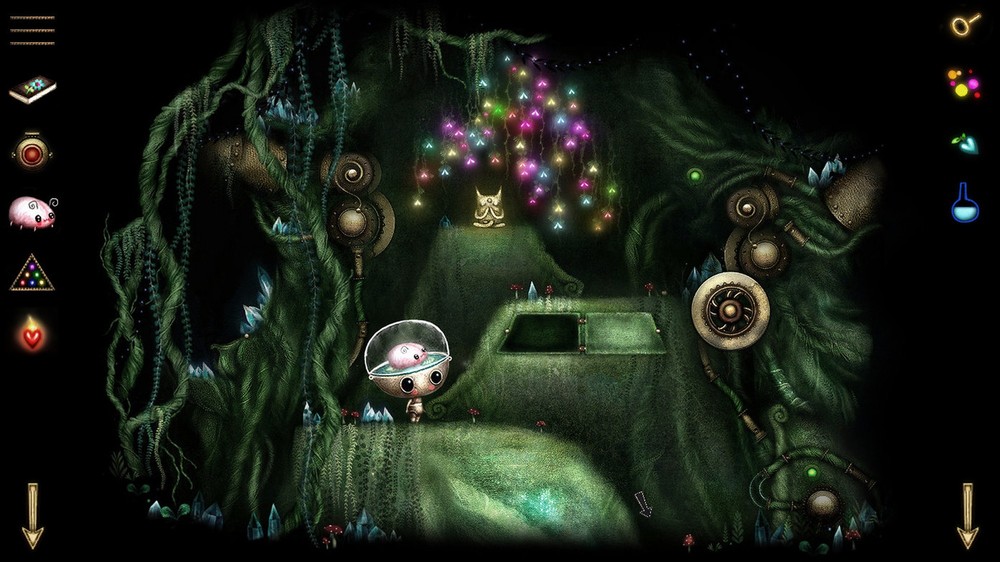 Going pound for pound with the visuals are the station’s characters and their designs. Creatures like the Light Sprites and the Geologists will immediately give you Pikmin vibes, which is never a bad thing. The standout though is easily Starbelly, the hologram yeti that is obsessed with space jam (actual jam, not the nostalgic cash grab from Warner Bros.) If you couldn’t already tell from Starbelly and Coral Grief, Growbot is humorous, and that humor, just like its looks and musical score, is charming as hell.

There are plenty of puzzles to be had in the four hours you’ll spend with the game. The closest the game gets to a fail state simply puts players back a few steps, so nothing overly aggravating. Puzzles aren’t too complicated but there were a few instances where I wasn’t sure what to do. Most of the time I simply just missed an item in the area or overlooked something in my inventory. 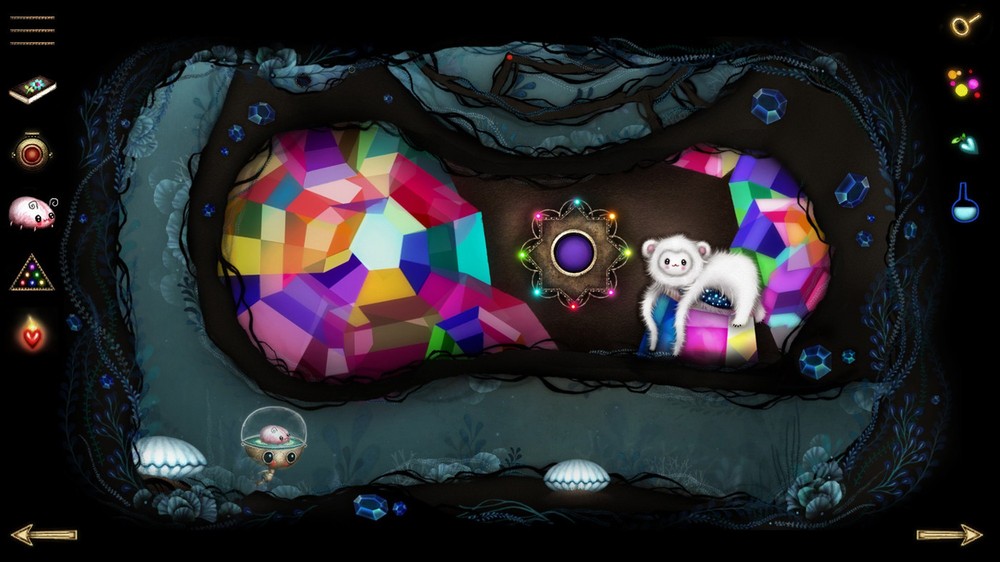 There were a few occasions that left me scratching my head regarding exactly what I had to do to solve a puzzle. For example, toward the middle of the game there is a puzzle that requires you to activate the cloud system by gathering three sources of energy. Seems simple on its surface but retrieving one source required me to grab a gear, activate a windup car, stick a Light Sprite in the car, and let it drive around. I discovered this by accident and had found nothing prior that indicated this solution.

Another interesting puzzle element is the Flower Arranger. Through combining musical notes, all assigned to specific flowers, you can design shield keys for locked doors and special shields that complete specific objectives. The special shields are a fun twist but are only used to advance the story. Locks that required shield keys popped up sporadically and only felt like they were there to slow my progress. It was an element of the game that felt great to do the first time but started to annoy me the further into the story I got. 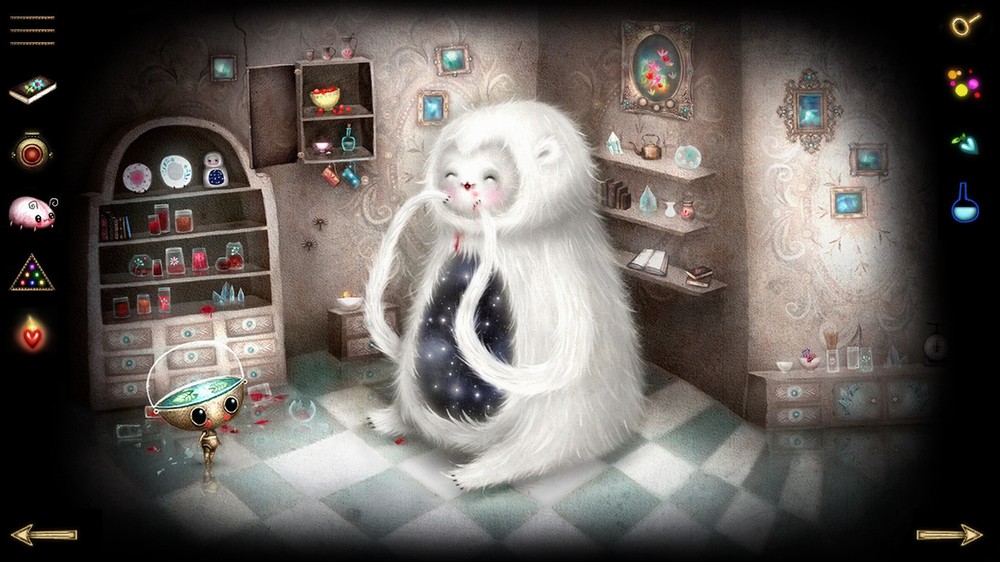 I won’t get into spoilers about who is attacking the station or why, but Growbot is a story about overcoming inexperience and understanding what you’re capable of. Nara is a likable protagonist with a sense of humor. She also proves herself resourceful and worthy of the captain title she is pursuing.

At the game’s start you find a trainer handbook, filled with useful information. Taken in all at once though, that information can be a bit overwhelming. The lore that it offers feels like it could have been better presented in conversations between characters, coming out naturally in the world, instead of all at once in a cheat sheet, which would give players a better sense of discovery as they explore the station. 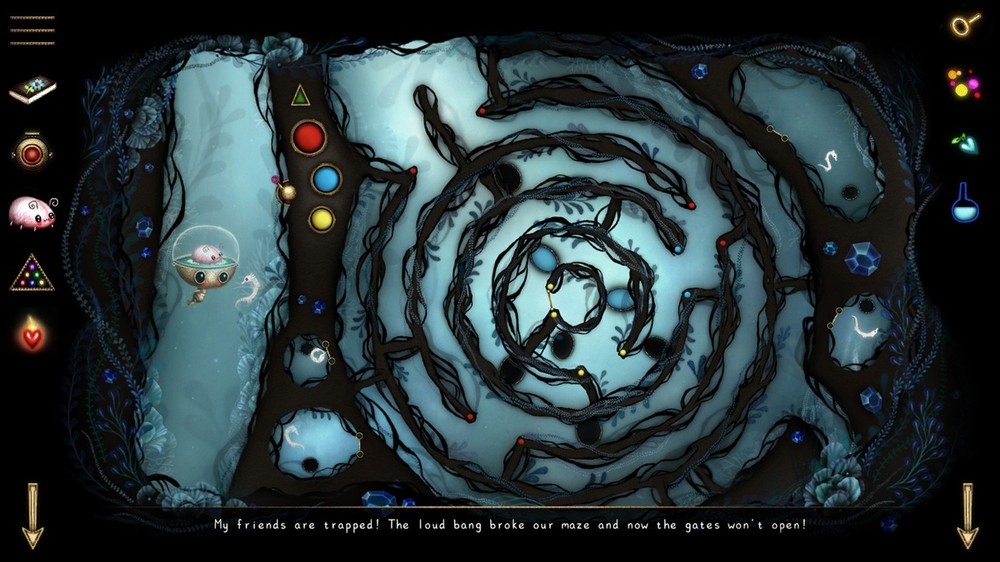 The biggest issue I have with Growbot is that it just ends. After the final puzzle, there are some dialogue choices between characters that led me to believe that I was in for a few more puzzles. Instead, the game hastily wraps up all story beats with a cutscene. Growbot’s strengths are in the beauty of it’s world and its characters. Jumping to the end and ripping the players out of the world just feels like a disservice to the world and its characters.

Growbot’s sense of wonder and mystique will leave you wanting more, and in that is the biggest problem with Growbot. With only a handful of hours and a breakneck-paced ending some players may feel like they’re not getting their twenty-dollars’ worth. That said, if you’re on the hunt for a new point-and-click adventure or looking for some eye candy with some humor, Growbot will pleasantly surprise you and leave you saying, “May I have some more?” 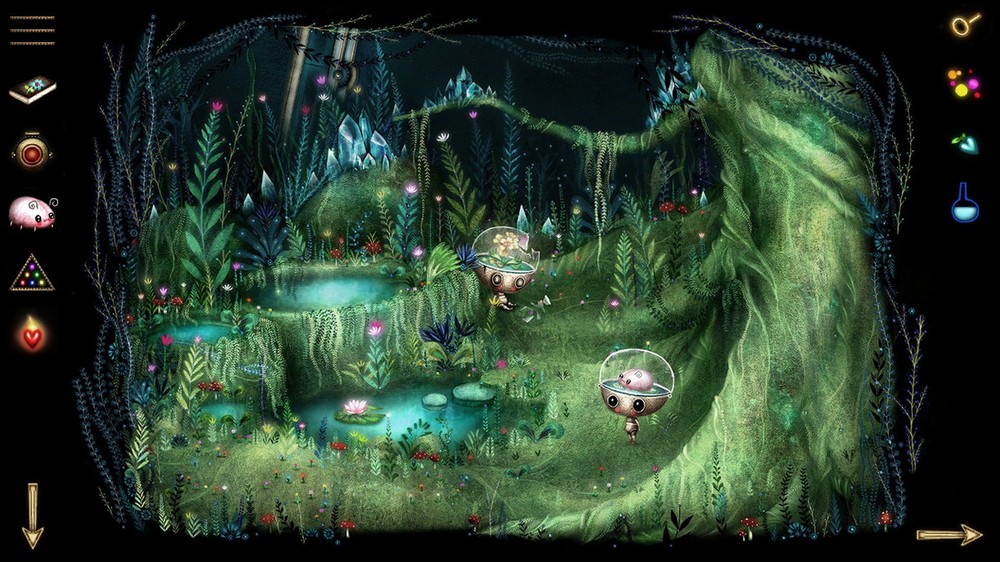 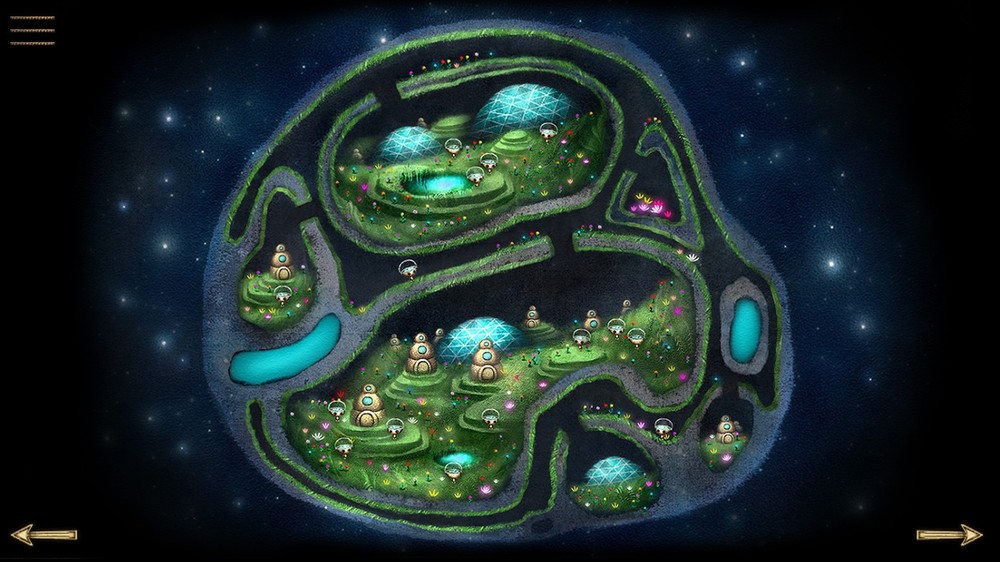 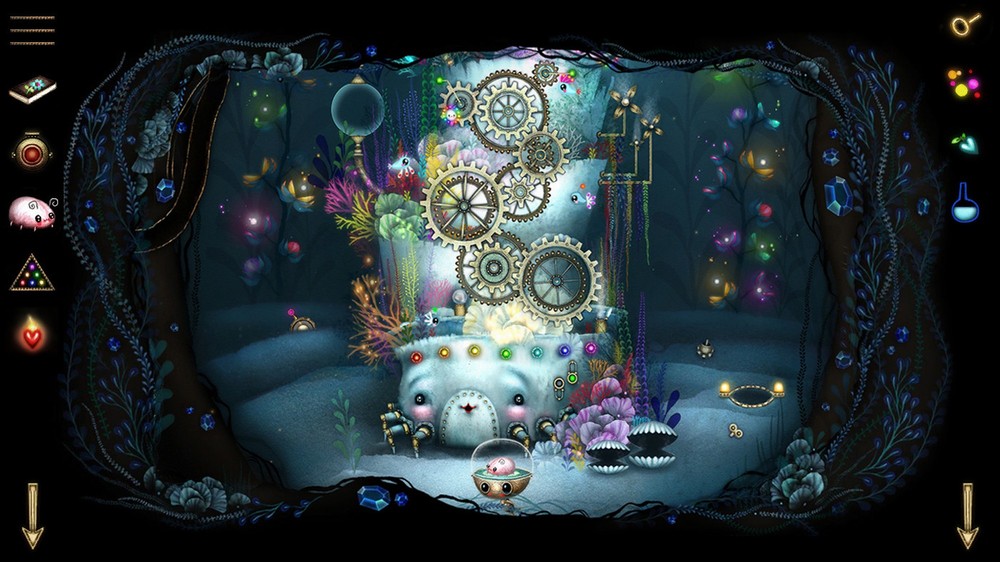