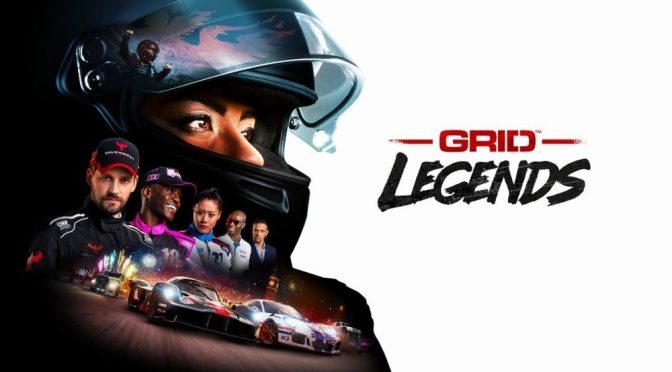 Codemasters® and Electronic Arts Inc. (NASDAQ: EA) today deliver GRID™ Legends, an all-action, edge-of-your-seat driving experience that gives players cross-platform multiplayer gameplay, story mode, deep career, and a faster route to connect with friends. Courtesy of the revolutionary hop-in gameplay mechanic, players can now jump to the action in seconds without waiting in lobbies. This function also extends to the expanded Career, with each player rewarded based on their performance. Further innovations include an intuitive Race Creator allowing players to build their ultimate racing match-ups, and ‘Driven to Glory’, an epic motorsport story with players competing for the GRID World Series against a formidable line-up of racing superstars.

GRID Legends revamped in-race choreographer means no race is ever the same. Unique AI driver personalities create unpredictable racing at every turn, so players must expect the unexpected. AI vehicles jostle for position and take risks to stay ahead. The living, breathing world can produce unpredictable moments such as crashes, engine blow-outs or cars flipping in front of you. GRID Legends also takes players to every corner of the globe across the 130 routes at launch, including real-life tracks such as Brands Hatch and Indianapolis, to iconic city circuits like Dubai and London.

“GRID Legends is the perfect racing game for friends to come together across all platforms and compete in some of the most iconic cities in the world,” said Mark Green, GRID Senior Development Director at Codemasters. “We have delivered more variety and choice for our players. From Driven to Glory and Career to the Race Creator and hop-in cross-platform multiplayer, there is something here for every type of race fan. We can’t wait to see everyone on the grid.”

Players can now race and upgrade over 100 vehicles at launch, from classic touring cars to big rigs, single-seaters, to electrics and hybrids. The in-game Race Creator allows players to create their dream races with multi-class options, so vehicles such as stadium trucks can compete against compacts on a level playing field. There is also a randomizer button for those who want to get to the action quicker. Once created, players can host events online in private lobbies for friends or open it up to the global community. All multiplayer options feature cross-platform functionality, so friends and players can connect regardless of where they are playing.

‘Driven to Glory’ is a modern documentary-style story mode featuring live footage and driver interviews, on-track sequences and choreographed in-game events. The story follows Driver 22, an unknown on the circuit battling from rookie to GRID World Champion against established teams, including Nathan McKane from Ravenwest. The live content brings players closer to the action and features a diverse cast, including award-winning British actor Ncuti Gatwa.

GRID Legends is available today on Xbox Series X|S and PlayStation®5, alongside PlayStation 4, Xbox One, and PC. EA Play* subscribers can enjoy a 10-hour trial, with the Deluxe Edition available for EA Play Pro members.