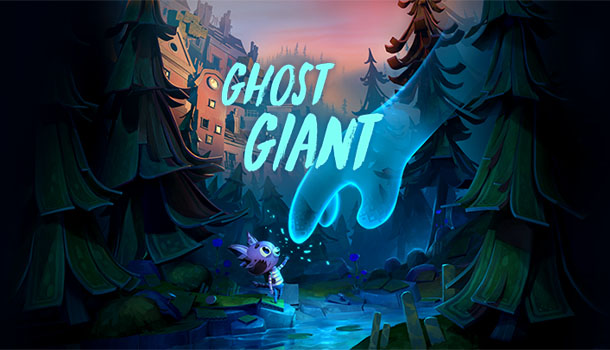 The thing that I love about virtual reality is that you really get to experience worlds in new and exciting ways. The PlayStation VR itself over the past few years has become the home and origin of several titles that are visually stunning and immersive, though only a few of those have really drawn me in like the ethereal tale found in Ghost Giant presented by the creative team at Zoink.

Zoink already has a game catalog that is as impressive as it is creative with titles such as Stick it to the Man! and more recently Flipping Death, both which I rather enjoyed. Ghost Giant takes things in a literally new dimension as you immerse yourself in an adventure through the 3D dioramic village of Sancourt and its surroundings. But I’m getting ahead of myself here, as your journey is born from the seemingly sad moments of a little cat boy named Louis. 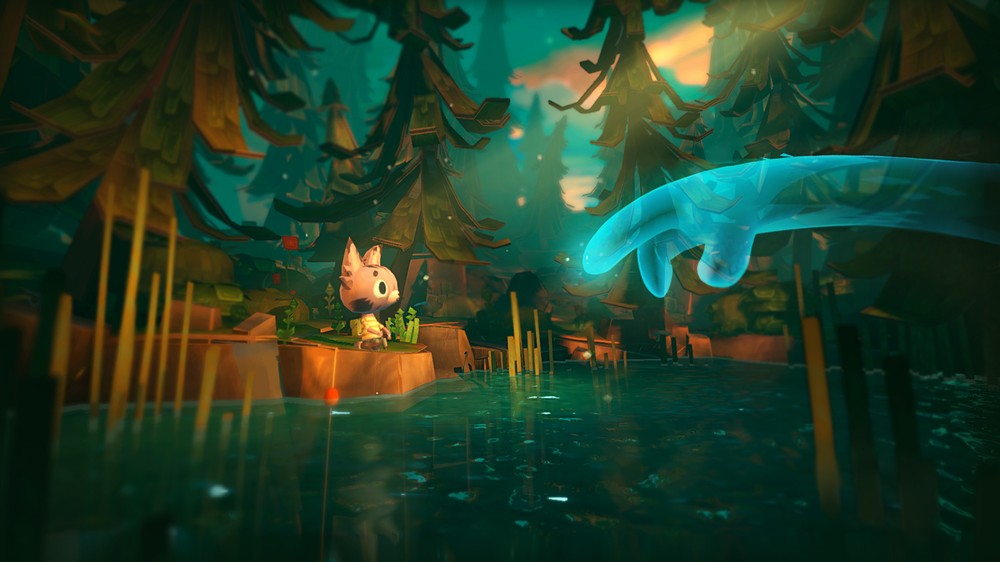 You seem to quickly gain a positive bond though after Louis’ somewhat brief and understandable freak out at your ethereal visage. Ghost Giant isn’t the first PSVR title to create a sense of friendship or bond between its main character and the player. But unlike the other fantasy based adventure there is something pure in Ghost Giant’s emotional story and immersive gameplay presentation.

From the first moments when the anthropomorphic cat Louis ask you to get closer so he can really look at you, I felt that this was going to be something special. Without revealing the actual details of the story it’s painfully obvious early on that things are not going great for young Louis and that the aid that you set out to give him is sorely needed even if it’s just a fist bump or a scratch behind the ear. 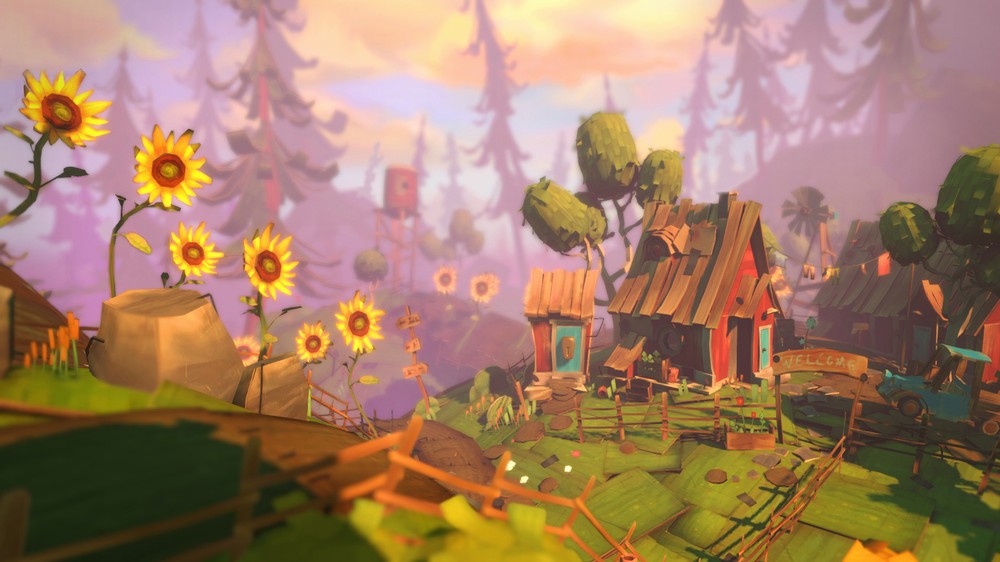 This is where Ghost Giant really draws you in with its immersive interaction as you use the PS Move wands to control the spectral blue limbs of your silent character. The story is broken down into thirteen small diorama scenes that have you interacting with various objects such as levers, cranes, paintbrushes and even basketballs to aid Louis in various and often puzzle-based tasks and problems. You can even rotate entire houses to see parts of the story unfold like a sitcom of sorts. Then there is the cleaver feature of using the microphone of the VR Headset to create wind for various objectives.

The brilliance about Ghost Giant’s design is that it is very player friendly with only a few issues that I discovered along the way. The most notable is the wand tracking that can be somewhat problematic for taller people as I would recommend playing this standing up opposed to sitting down. With larger play areas, I’m sure this would be minimal which will really come in handy for at least one of the various side tasks. 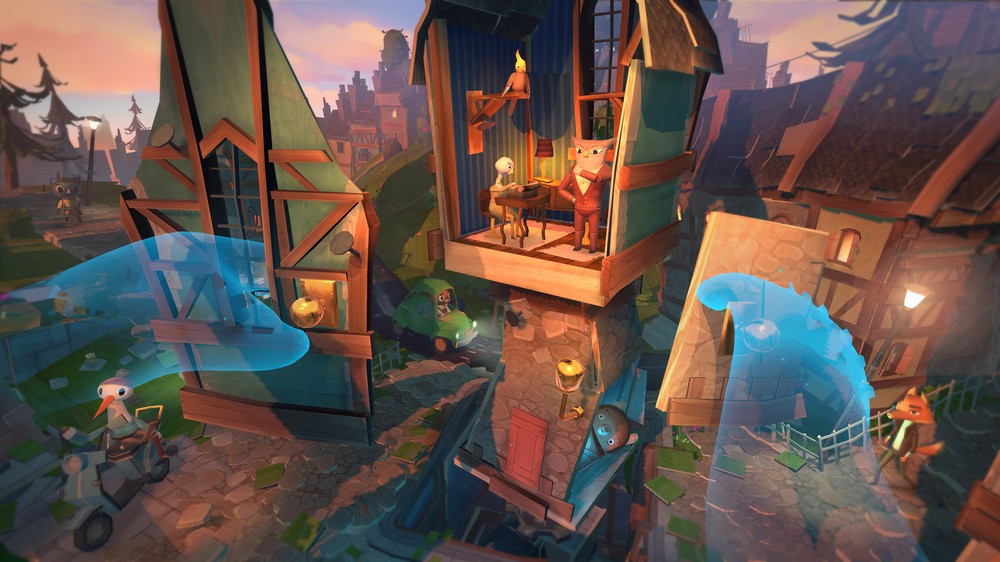 In most of the various scenes there is a basketball hoop in the distance that you can attempt to sink a ball in as one of side objectives. As a tip, this is often best executed underhanded for the most part. There are also hats, pinwheels and even a small bug to find in most of the levels that serve to make you fully take in the beautifully detailed and well-crafted environments. Many of your interactive objectives are hidden behind the walls of the buildings, or in various containers that are all denoted by a golden color such as a handle, gear or even nails which makes this title really approachable for all ages.

While most solutions will come naturally, especially if you give Louis a little nudge to get a helpful hint, I dare say I overthought a few puzzle solutions. It really had more to do with trying to perform steps out of order but ultimately I rarely found myself stumped or found the story’s progression halted due to the puzzles themselves. What I spent the most time on however was taking in the world and visually exploring all the little nooks and crannies. 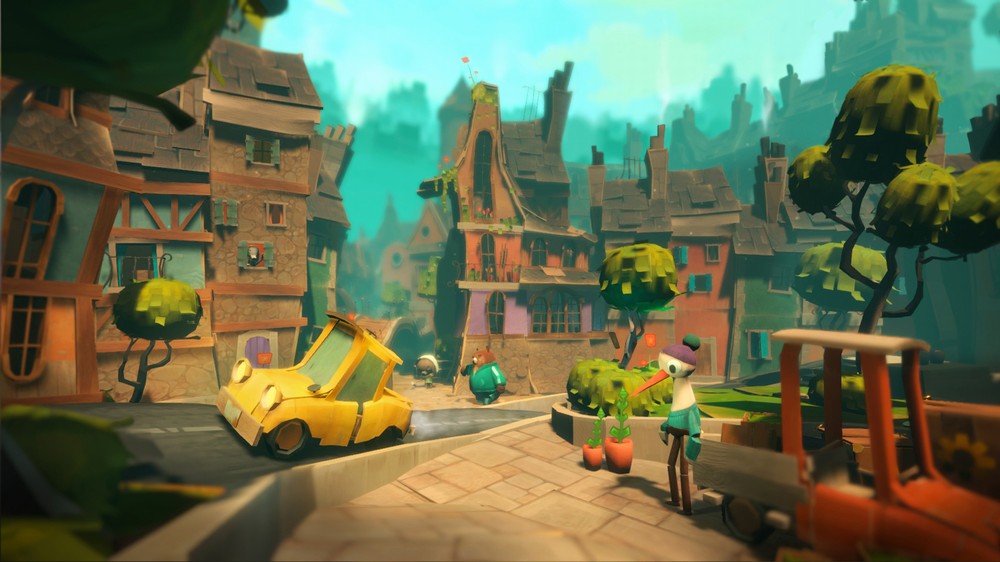 My first thoughts when I started seeing more of the world and inhabitants of Sancourt is that this is pretty much what it would look like if Animal Crossing and Tearaway had a love child; at least from a visual prospective. Pretty much all of the buildings, landscapes and objects are created in this paper-craft style that is intricately designed and has a charming pop-up storybook vibe to it.

To make it even more appealing to families is the anthropomorphic cast of animal folk that really bring this village to life. Each character, no matter how small, is fully voiced and sometimes is integral to solving a puzzle even if it doesn’t appear so at first. But it’s ultimately the range of emotion in the performance by Louis’s voice actor that really sells this heartfelt tale crafted by the acclaimed writer Sara B. Elfgren. 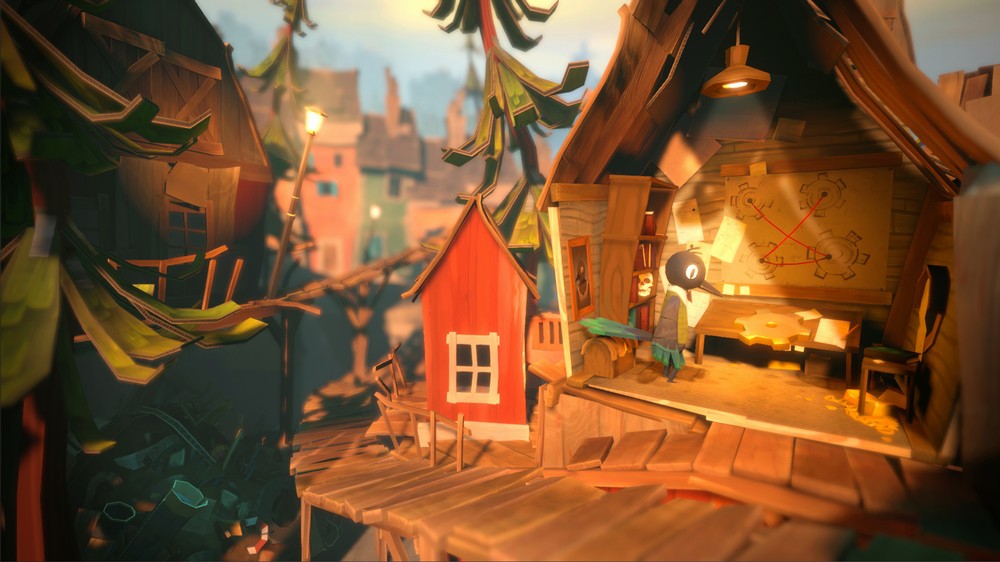 Virtual reality has come a long way since its inception and we are finally getting impactful tales that rival what has been achieved by conventional gaming means. Ghost Giant is proof that in the right creative hands VR can indeed be used to create more than simple shooters and simulators. At the end of this endearing tale I couldn’t help but feel genuinely light hearted having experienced it. If you own a PlayStation VR then this is an absolute must play for all ages.

Originally released on the PS Store on April 16th, Ghost Giant is now available at North American retailers including Amazon, GameStop and Best Buy for $29.99.