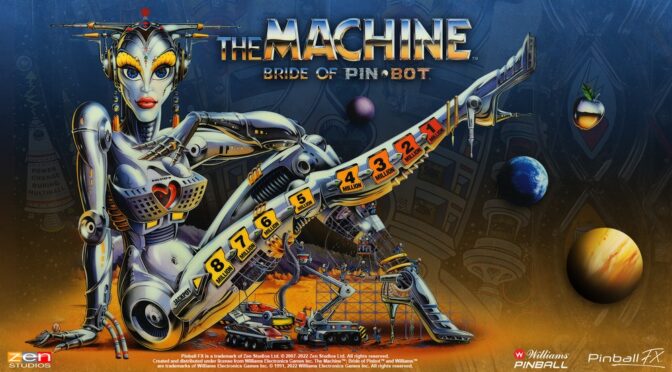 Here comes the bride! The classic 1991 Williams™ pinball table “The Machine™: Bride of Pin·Bot™” is now available in the new Pinball FX for 60 in-game tickets, or free for Pinball Pass subscribers. Bring your bionic betrothed to life in this all-time great from the legendary PIN-BOT trilogy, faithfully captured in digital form down to the last circuit.

But what’s a wedding without a party? Three previously released tables from the Williams™ Pinball: Volume 6 collection make their Pinball FX debut today: “Funhouse”, “Space Station”, and “Dr. Dude and His Excellent Ray.” Playable in both their original forms as well as remastered with updated graphics and features, these tables are available to purchase individually and are free for Pinball Pass subscribers.