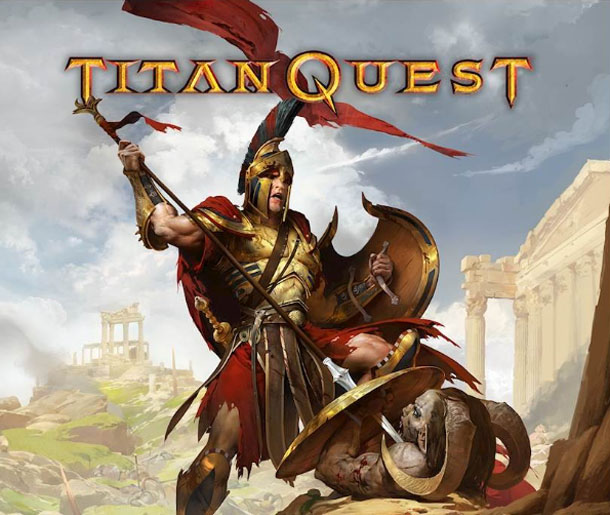 No matter what can be said about the editions of Titan Quest released for home consoles, there’s one fact that can’t be avoided: this is a game that’s more than ten years old. Unfortunately, while there are a few bright spots here and there, the game doesn’t necessarily age as well as some other titles from the era. If you’re looking for a top-down action/RPG hybrid dungeon crawl, there are better options out there for your money, but if there’s something about the setting and tone of the game that’s grabbing you and won’t let go, I’ll walk you through why this might not be the game you’re looking for.

Titan Quest puts you in the shoes of a lone soldier tasked with a monumental quest. In a world of Greek myths, man finds itself unable to contact the Gods themselves in the wake of evil plaguing the land. You’re job is to fight back the forces of evil, discover its source, and unravel the mystery of why the Gods are silent… or missing. For mythology buffs, that’s a great concept for an action game. There’s elements of Clash Of The Titans and God Of War in there, and the premise alone is enough to keep you playing for the first few hours. 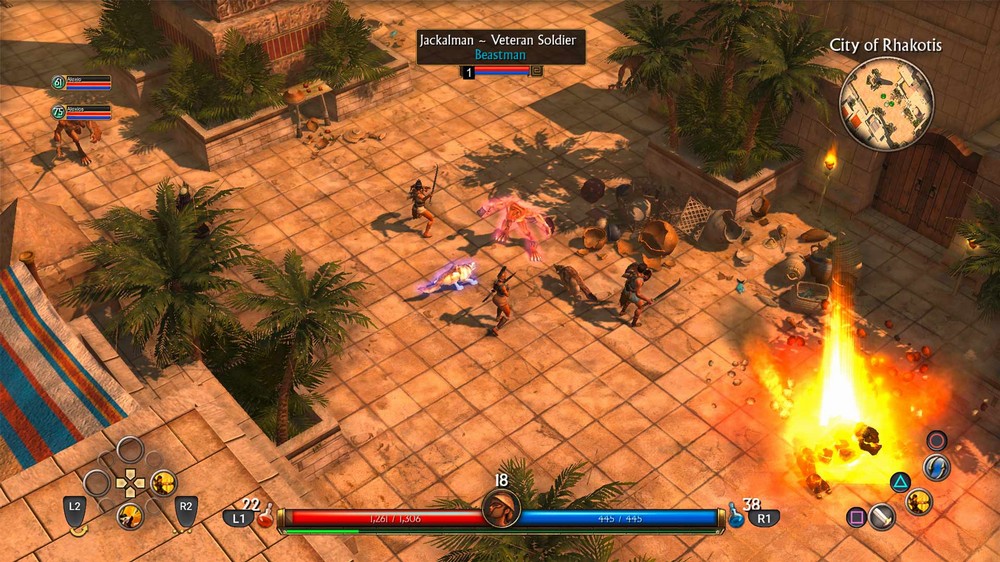 Gameplay in Titan Quest is fairly standard fair for the genre. You have your basic attacks which are upgraded via leveling and gaining better loot, and you have a specialty skill (two, once you reach level 8) which allows for more powerful magical/elemental attacks. While I’m sure this limited and standard workman-like list of gameplay features would have been enough for the game to skate by on twelve years ago, these days the lack of fluidity, rigid game systems, and stale mechanics just don’t fly when there are so many other titles out there in the genre that are more refined and enjoyable.

Unfortunately, these same complaints can be made in regards to both the graphics and sound design of Titan Quest. On top of the dated look of the graphics (which can only be cleaned up and enhanced so much), the game suffers from performance issues that are inexcusable given the game’s age, and the power of the hardware its running on. Texture pop-in or missing altogether, muddy textures, stiff animations, etc. All the usual suspects are present and represented in Titan Quest’s shortcomings. The soundtrack is serviceable, but nothing really stands out for better or worse. Sound design, likewise, doesn’t call attention to itself; ambient sound, attacks, monsters- it’s all standard and ultimately forgettable. 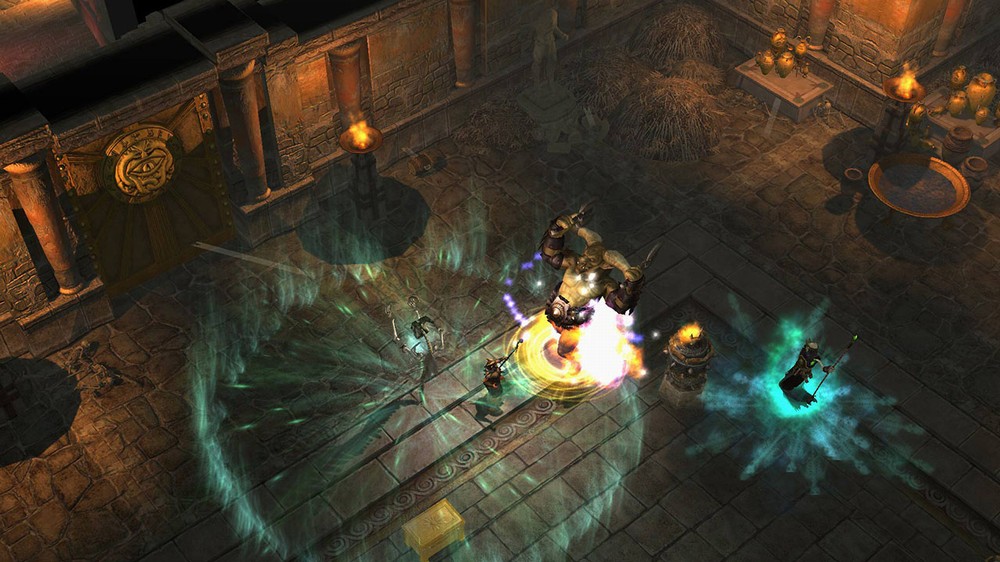 To be honest, the question my mind keeps coming back to is “why now?” I understand this title has been floating around the PC and mobile markets for years, but why port it over to consoles that have maybe two years of life left in them? And why not just create a new title altogether instead of porting one that’s obviously aged beyond its glory days? The whole thing just left me confused, and I can’t say I walked away from my time with Titan Quest feeling great about it. This isn’t a game that’s easy to recommend, especially when you take into consideration all of the other similar titles out there of higher quality.

Your time and money is better spent elsewhere. Unless you have some need to own Titan Quest for the sake of historical curiosity, stay clear. 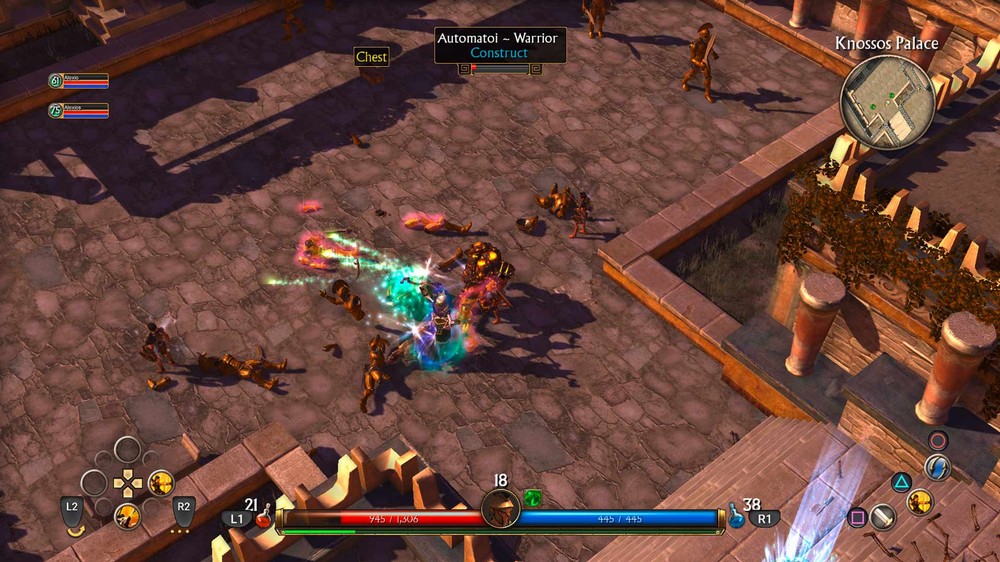 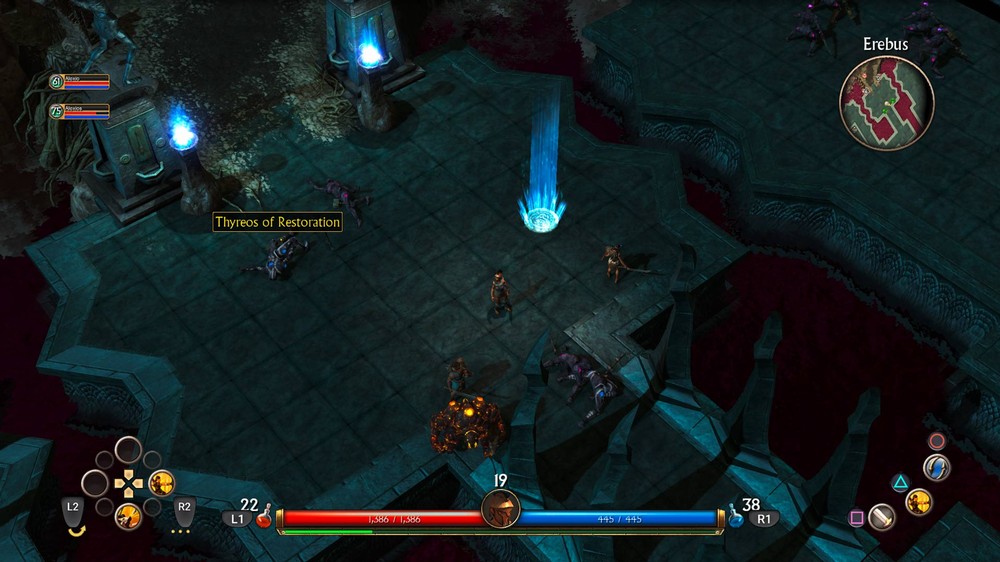 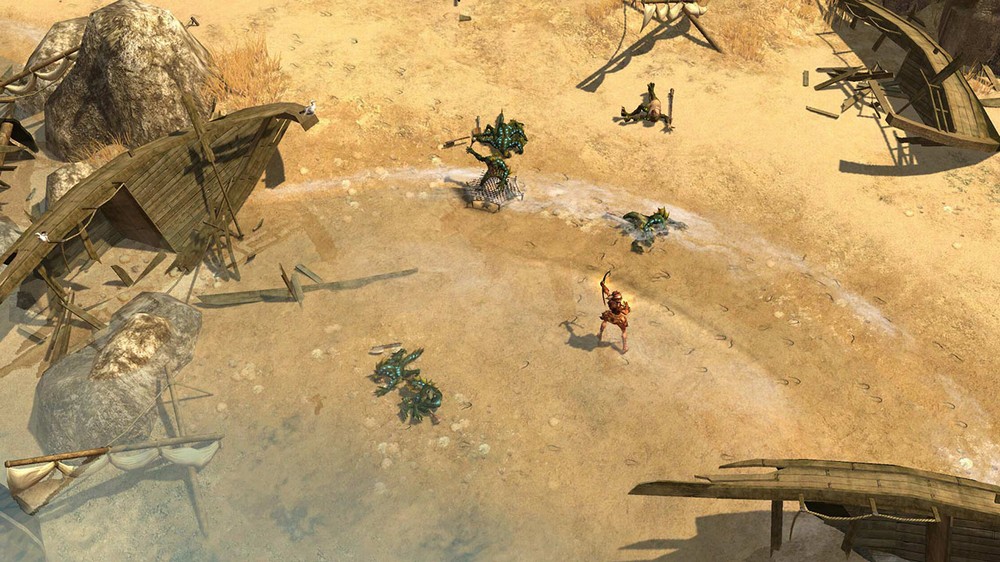