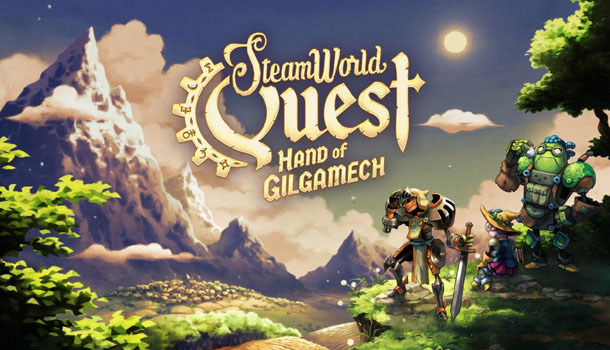 Though I’ve greatly enjoyed the two SteamWorld Dig games, released in 2013 and 2017, I have never really felt a desire to branch out into the other SteamWorld games that Image & Form Games have created. However, I was given the chance to try out SteamWorld Quest: Hand of Gilgamech on Nintendo Switch, and I figured that since I’ve enjoyed the previous games, and I always like to try my hand at RPGs, I might as well give it a chance. SteamWorld Quest takes the robot-populated steampunk aesthetic of the franchise and applies it to a classical fantasy setting, with our heroes seeking out the legendary Gilgamech.

SteamWorld Quest plays like a fairly typical turn-based RPG, but with a battle system that is based around building a deck of cards and then drawing from this deck when in combat. You’ll have three characters available in battle, each with their own particular focus, be it combat, magic, healing or defense, and while for the first couple of chapters of the game you’ll only have three characters available, you’ll later gain more additions to your party so that you can customize your ranks. When this is combined with the variety of cards that you unlock, and the ability to craft new cards, there’s plenty of opportunity for you to customize your party to fit your particular play style. 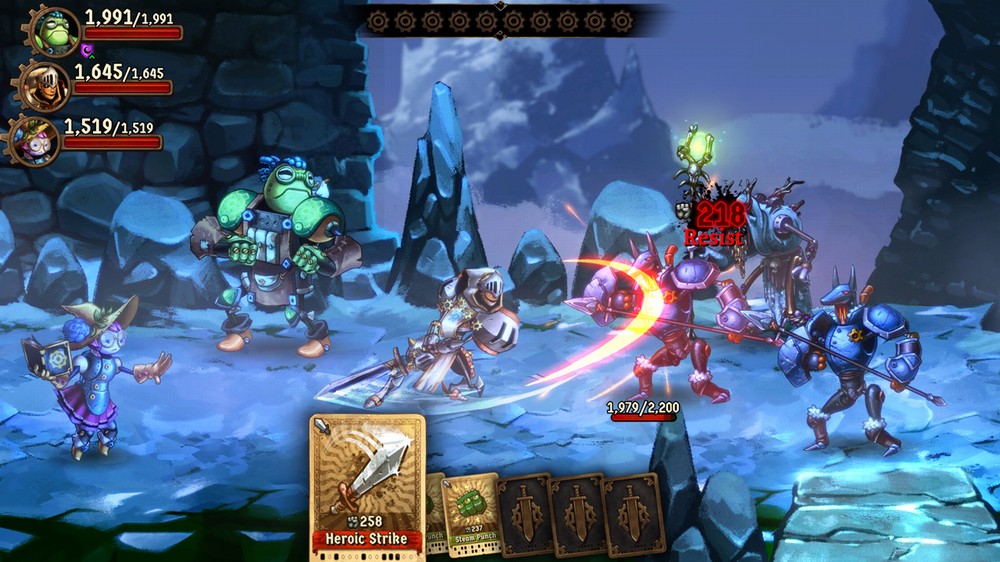 While you have your basic attack and magic cards that can be used at any time, most of the cards available to you require gears to be used, which are earned by using abilities, and disappear when one of the more powerful actions is performed. This adds an interesting depth to both deck building and battling, as you want to make sure that your party has access to their most powerful abilities, but you also need to be able to build up enough gears to be able to use these abilities in battle. Similarly, when you’re fighting you need to be able to strategize as to whether it’s worth using a slightly weaker ability in the present moment, or if it’s worth waiting a couple of turns to use a move that’s much more powerful. Similarly, if you stack your deck with gear-heavy moves, you run the risk of having a hand full of cards that you’re unable to use, and so you’re unable to build up enough gears, leaving your characters in an impotent limbo.

Outside of battle, SteamWorld Quest follows a fairly simple fantasy narrative, with mild twists and turns and a standard path beginning in idyllic locales and gradually working through darker and more dangerous territories. The game is broken down into chapters, and these are further broken down into stages that you can guide your party through. SteamWorld Quest is presented in 2D, with one-off screens being linked together by a map, similar to the Metroidvania genre. There are plenty of secret areas to discover and optional paths that give the promise of treasure at the end, and as you finish each stage, you’re given a completion percentage that indicates how many of the available screens you’ve seen. The fact that this often means that you’ve missed treasure gives a good incentive to return, and means that you’re often grinding your characters’ levels, even if you don’t explicitly realize it. 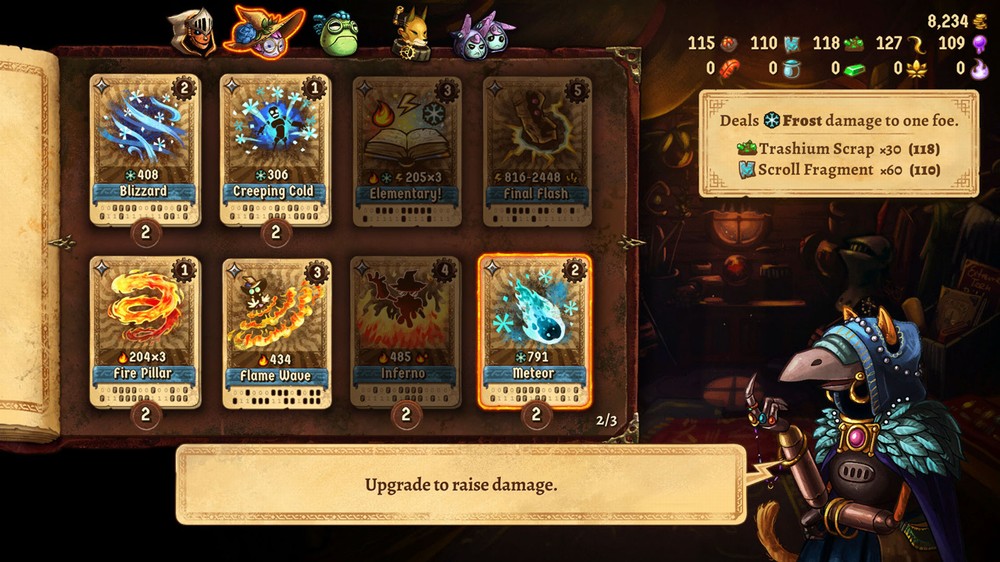 Unfortunately, for much of SteamWorld Quest I had a distinct feeling of having seen it all before. While visually the game delivers some well-drawn visuals and varied use of color, the environments all began to feel quite samey, and fairly stereotypical for the genre. Similarly, the battle system isn’t particularly engrossing, and though the deck building aspect brings a small amount of novelty, there isn’t enough to make it feel all that distinct from just being able to select moves from a regular menu. Even the narrative hits familiar beats, and because of this I was able to predict that majority of the twists and turns, some distance before they actually occurred.

All this isn’t to say that SteamWorld Quest is a bad game, as in fact it is entirely functional. However, that’s probably the best that can be said about it. If you’ve played a turn-based RPG before, there won’t be anything that you’ll experience here that will surprise you, and I personally found that that made it difficult to push through the game. It is a good fit for a portable system such as the Switch, though, as the chapters and stages are built in such a way that they can be played for small chunks of time and picked up again later. It’s just that when you start to try and delve into a long session, you start to notice the repetitiveness of the experience, and start to realize that all this has been done many times before. I wouldn’t suggest that you steer away from SteamWorld Quest, especially if this is one of your first forays into the RPG genre, but just be aware that this is about as by the numbers as RPGS of this ilk come. 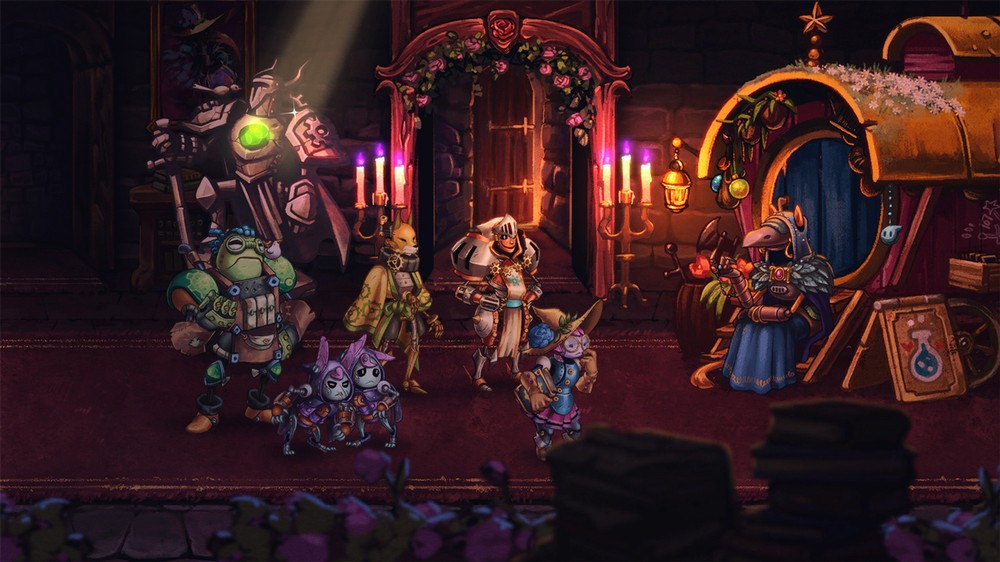 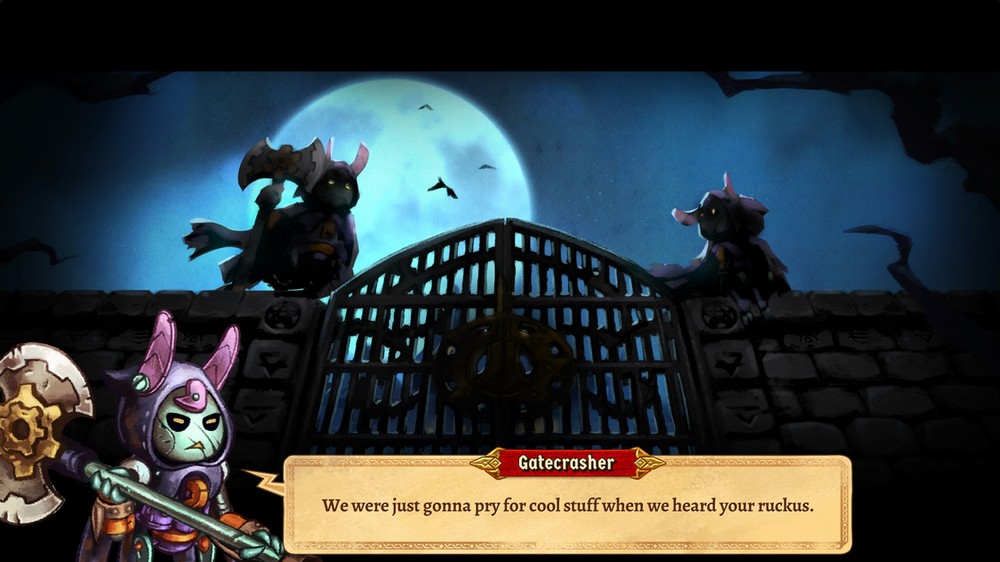