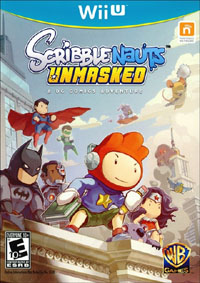 The pen is mightier than the sword; especially when it’s being wielded by Maxwell, a young boy with unlimited imagination and a magic notebook than can turn his scribbles into reality. Fans of the Scribblenauts franchise already know this, but Warner Bros. is banking on attracting a whole new audience for their latest installment, Scribblenauts Unmasked: A DC Comics Adventure. With a library of more than 2,000 DC licensed superheroes and arch villains, not to mention all their gear, gadgets, cars, planes, and other toys, plus numerous authentic locations stripped DC’s 80-year history, this may be the biggest Scribblenauts game to date – it is certainly the most fun; especially if you love DC comics.

So, once again we have Maxwell and his magic notebook and his sister, Lily and her magic globe that allows them to instantly travel to wherever they need to be. This time they need to be in the DC Universe since Maxwell’s evil twin (doppelganger) has joined forces with the Joker and is terrorizing Gotham. As you might expect, they almost immediately meet up with Batman, turning Lily into a love-struck fan girl. Soon enough you will be hooking up with most all of your favorite heroes; Superman, Wonder Woman, Aquaman, and Green Lantern, just to name a few.

If you strip away the DC dressing you’ll find the same core gameplay as every past Scribblenauts game. You’ll explore some wonderfully imaginative levels looking for people in distress, odd jobs, or other random puzzles that require you to think up nouns to create objects or adjectives to alter existing ones, only now you have to think like a superhero. The game incorporates an encyclopedic wealth of DC assets that you can create, customize, and even mix and match using the Hero Creator to build and share your own heroes using elements from existing ones. 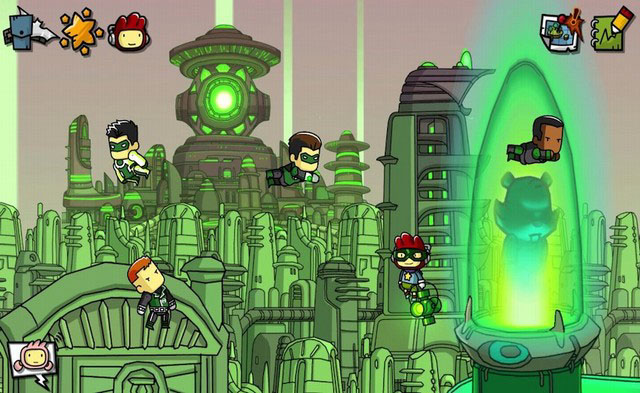 As you explore the fantastic stages that make up this unique world you’ll be collecting Starites as well as earning reputation points by completing the main story quests and checking off a wide assortment of side quests. Side quests are more diversionary fun to fill in the downtime between the main missions that usually feature a major DC hero and their archenemy. Rather than actually playing as the hero however, your scribbling services are more sidekick in nature, but that doesn’t detract from the challenge or the immersive interaction you’ll get from helping Superman defeat Lex Luthor or even go undercover in Wayne Manor to help out the Dark Knight.

There is so much to do and you will need to do most all of it if you want to earn enough reputation points to unlock the final stages. Thankfully, the gameplay is so charming and challenging and the artwork for both backgrounds and the sprite-like characters is so adorable that it never feels like you are grinding for points just to access the next area. In fact, I was often looking for more stuff to do even when new areas became available. Just finishing the 12 levels that make up the core story will take 8-10 hours, but there is a lifetime of adventure waiting when that story is over. 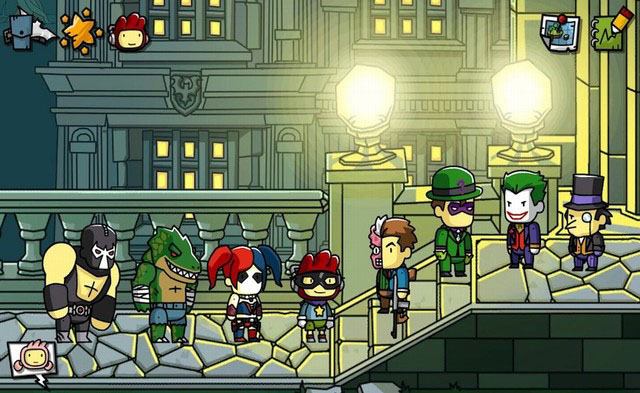 The puzzles can be rather crazy at times, but no less crazy than the endless possibilities of solutions tempered only by your imagination. While there are some restrictions in play, not to mention the fact that you score less points for reusing the same nouns, it’s hard to tell if the designers ever had one single way they intended this game to progress. And you’ll definitely want to break out the thesaurus when Mr. Mxyzptlk shows up and offers double the reputation points for playing within certain restrictions. Admittedly, there are times when you summon an object that logically “should” work and doesn’t, but these are few and far between, and you can almost always think of something that does work within a few tries.

The sound and music are exceptional with a fantastic musical score that never gets old no matter how long you play and some really simple, yet effective sound effects for the environments and actions that take place within the game. The graphics are a simple, colorful, and a pure delight and hold up just as well on a 60-inch screen as they do on the Wii U controller screen. The one thing I noticed is that you end up playing the game almost entirely on the gamepad screen, since that is where you are tapping and typing. You really have to force yourself to look up and play off the big screen, so unless you have a bunch of people in the room all pitching in with ideas, this game can be played just as well without a TV.

Scribblenauts Unmasked: A DC Comics Adventure is not only a fantastic new installment in the Scribblenauts franchise; it is also a remarkably fun superhero game that treats the DC universe and franchise with utmost respect while creating an open and fun world that encourages imagination and creative free-thinking. I won’t go as far as to call it “educational” but this kid-friendly game should be on every parent’s holiday shopping list, assuming they don’t buy it sooner. 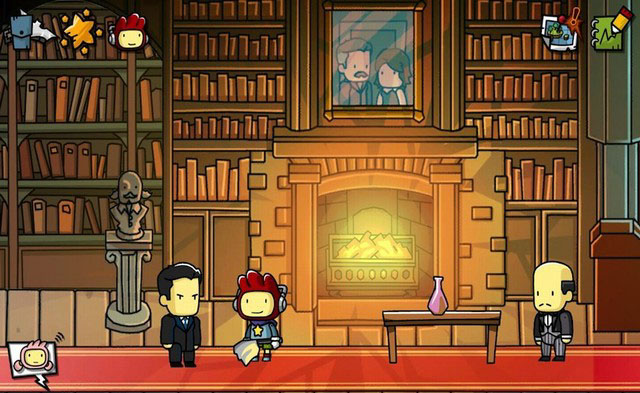 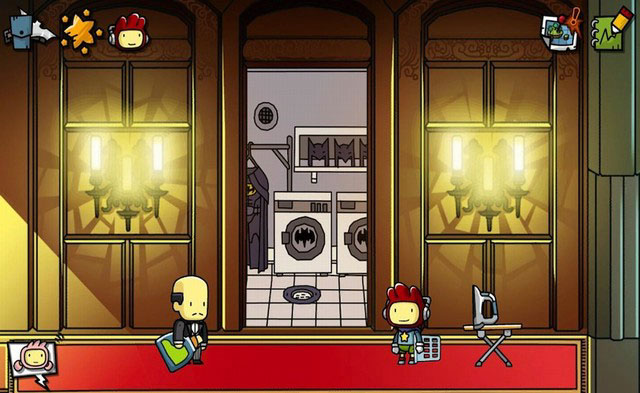 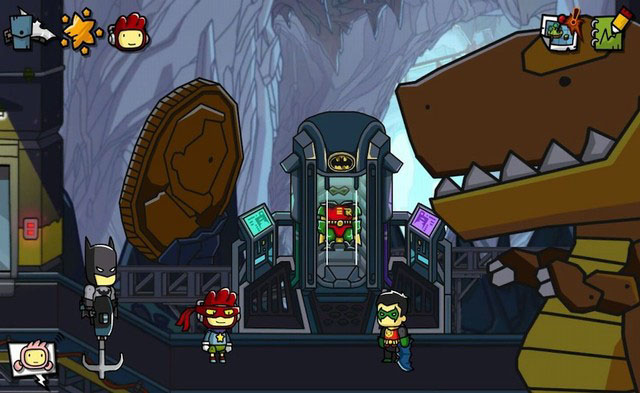 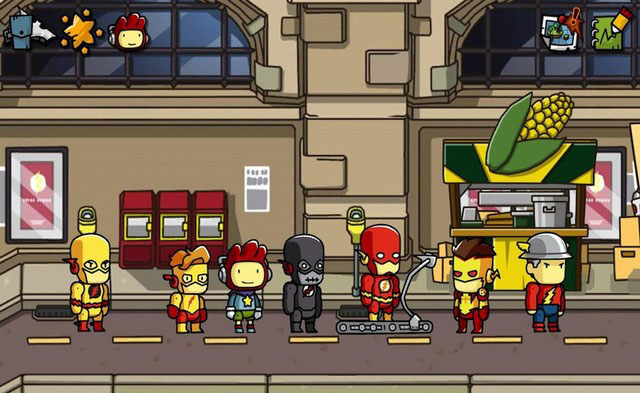 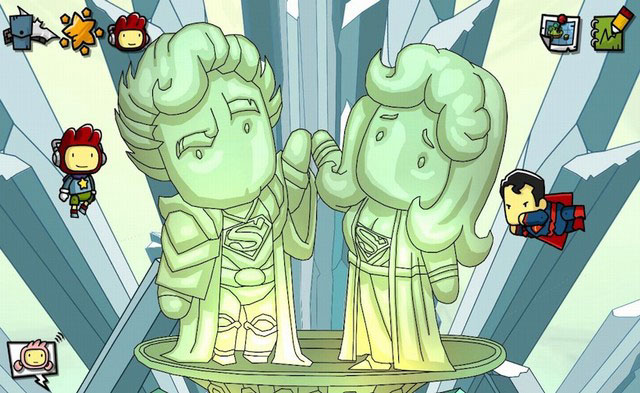 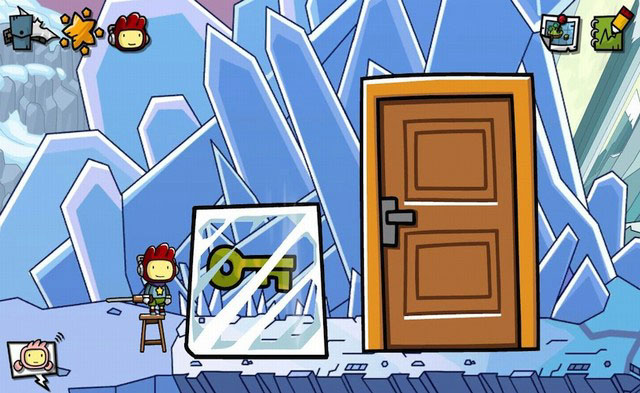 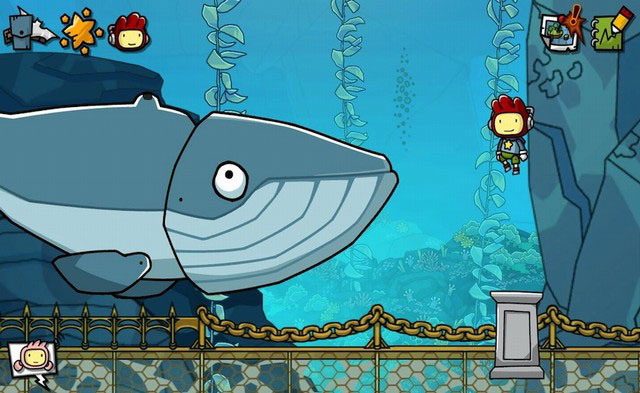 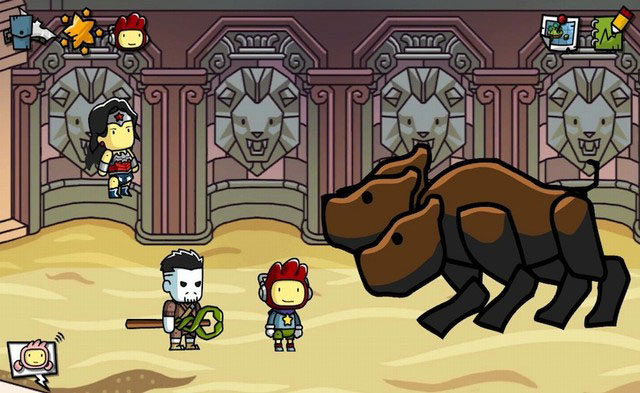 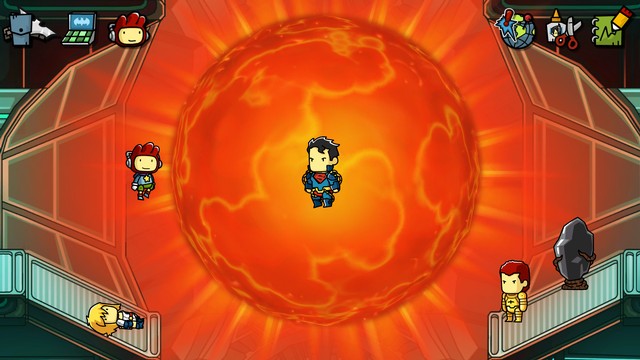 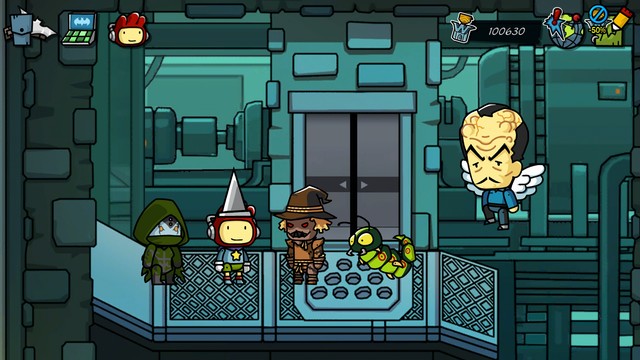 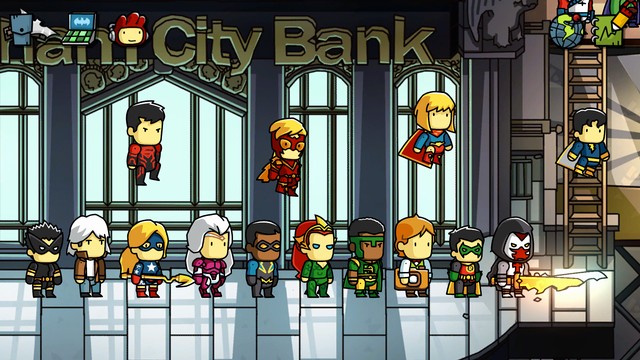 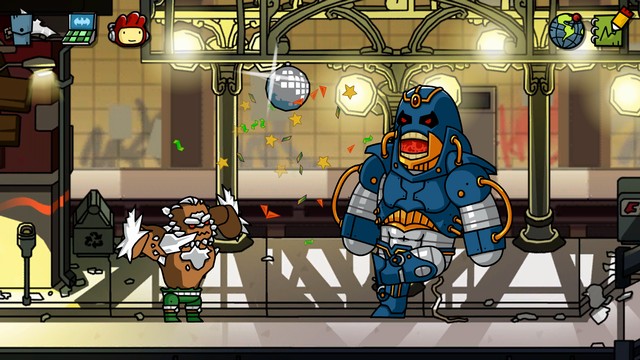 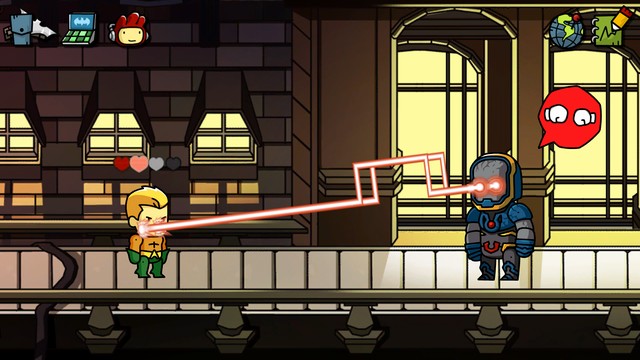 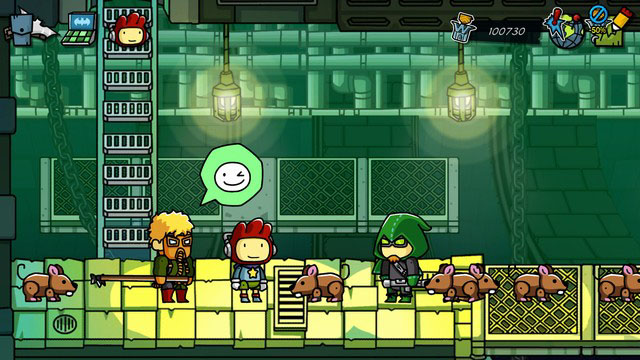 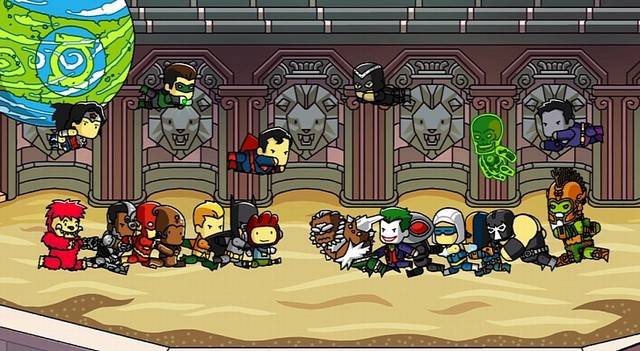 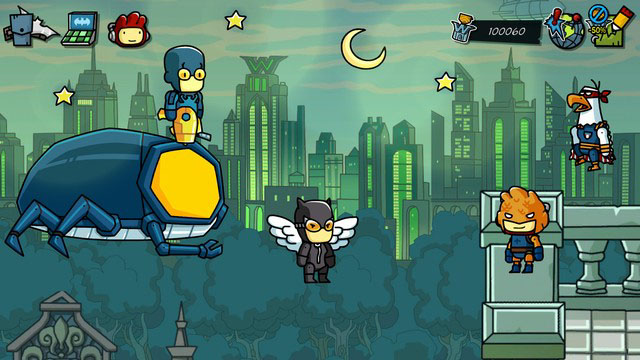