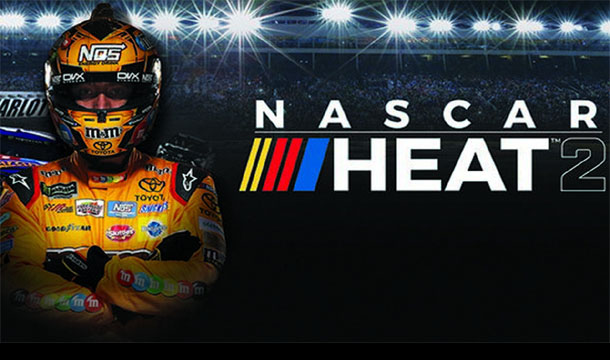 I have to admit, I feel really sorry for NASCAR Heat 2 as most game reviewers – myself included – are still riding the high from our recent review sessions with Codemasters’ exquisitely-crafted Formula 1 simulator, F1 2017, which may very well be the best racing title ever released. Less than a month later, reviewers find themselves having to shift gears (pun intended) to review a serviceable, but utterly uninspiring oval-track racer by the name of NASCAR Heat 2. Other than the fact that both games feature high-speed racing on four-wheeled vehicles, the two couldn’t be farther from each other in terms of presentation and execution.

Developed by Minnesota-based Monster Games, and published by North Carolina-based NASCAR-exclusive 704Games (formerly Dusenberry Martin Racing), NASCAR Heat 2 is a no-frills racer attempting to simulate the highly technical world of NASCAR, where the keys to winning lay more behind the scenes and on Pit Row, than they do on the track. NASCAR Heat 2 puts very little emphasis on aesthetics, and storyline, and instead chooses to focus on driver skill (drafting, bumping, passing) and the equipment management (tire pressure, etc.). The result is a game that delivers nonstop racing with little to no soul, which can be a godsend for some gamers, but a snoozefest for others. 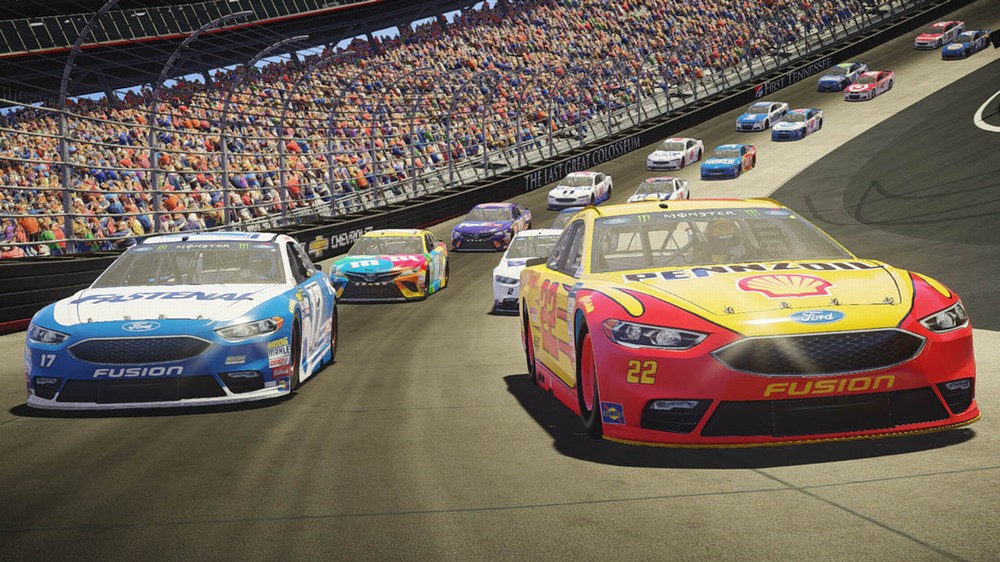 I’m just going to come out and say it; NASCAR Heat 2 is really ugly. Its developer – Monster Games – has been making racing games since the days of the original PlayStation, including the original NASCAR Heat, its follow-up NASCAR Heat 2002 on the PS2, and the classic Test Drive: Eve of Destruction that we rated an incredible 87% upon its release in 2004. NASCAR Heat 2 looks like the spiritual successor to those titles in every way, including the graphics engine, which barely delivers an experience worthy of the current generation of consoles. I realize it is poor form to discuss visuals and overall presentation this early in a review, but these are so bad they taint the game with a low-budget feel that is difficult to shake.

Sadly, the bargain bin feel is not limited to the visuals – the audio quality is similarly lackluster. With 40-plus cars driving at a relatively constant speed, the on-track sound is a constant drone that is interrupted only by random and unintelligible radio chatter. There is no in-race commentary or music to break the monotony. For someone like me who uses a white noise generator to sleep, NASCAR Heat 2 is like a lullaby and I had a hard time not nodding off. 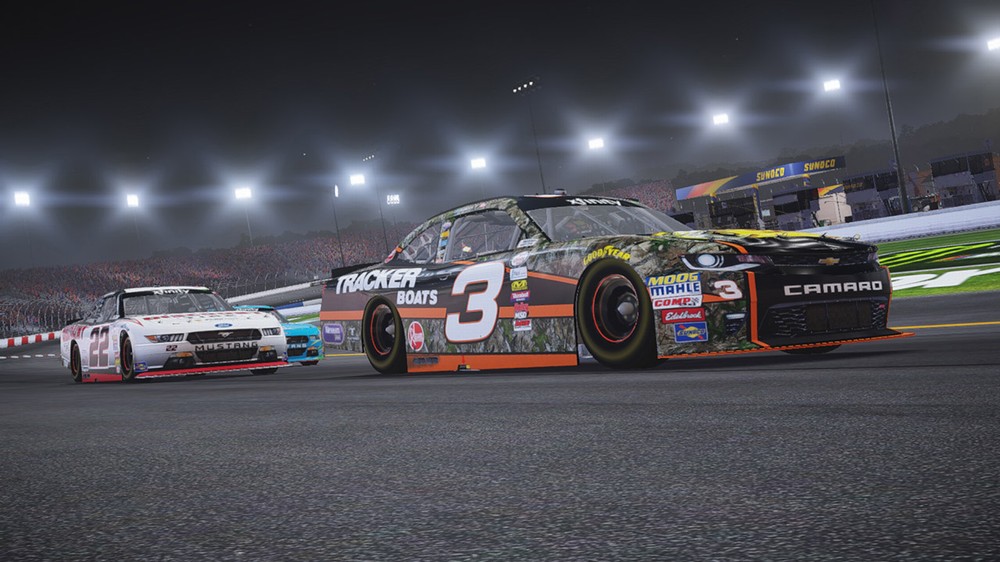 So what does NASCAR Heat 2 do right? The racing. Monster Games was thrown a lot of shade last year with respect to the gameplay in NASCAR Heat 2’s predecessor; NASCAR Heat Evolution. Gamers mostly cited unrealistic AI unfairly benefiting from rubberband physics. With NASCAR Heat 2, Monster put serious attention toward upping their AI game – and the hard work pays off with AI racers maintaining position, defending space, and reacting to events in a remarkably realistic manner.

NASCAR fans are sure to appreciate the improved racing action covering NASCAR’s Monster Energy Series, as well as NASCAR’s two minor-league XFINITY and Camping World Truck Series. They may balk a bit when they realize that all three series’ vehicles are virtually indistinguishable from one another, but once they arrive at one of the unique series offerings like the Camping World Truck Series’ Eldora Dirt Derby, any disappointment will be long forgotten.

NASCAR Heat 2 offers the standard gameplay modes consisting of Single Race, Series, Online Multiplayer, Challenge, and a multi-season Career.  While most of the modes are self-explanatory, it is important to touch on a couple that really add to NASCAR Heat 2’s replay value. 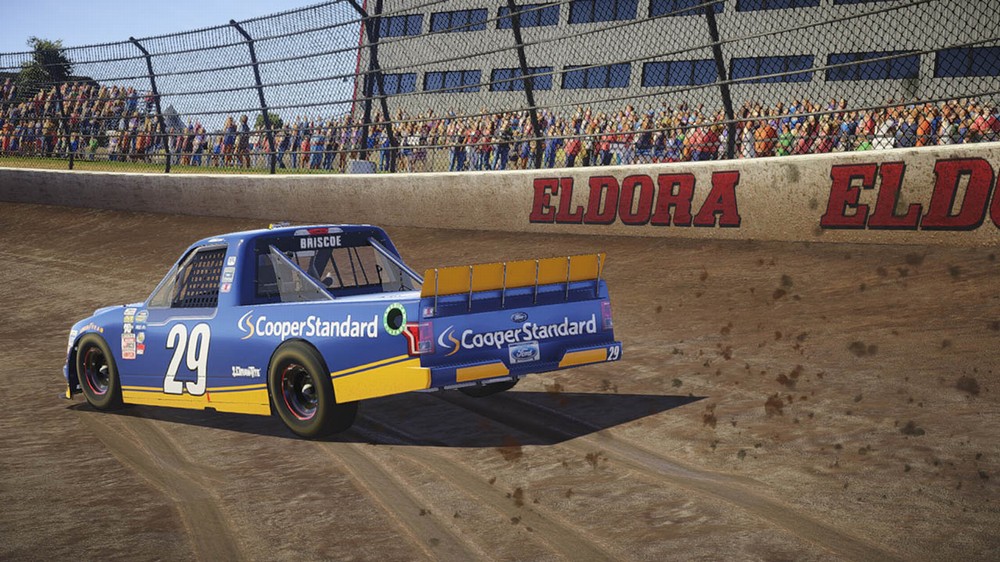 Obviously, online multiplayer is important to many gamers, and NASCAR Heat 2 delivers a solid online experience. The developers have done a great job minimizing the inevitable lag, protecting considerate racers from wrong-way griefers, and keeping the pack moving through race-wrecking pile-ups. The online play is far more thrilling than the standard play, and much of the excitement comes from the fact that the race keeps moving regardless of how many idiots decided they have nothing better to do than ruin other gamers’ nights. This is accomplished by “ghosting” cars involved in wrong-way driving, stoppages, or accidents…and coming from someone who experienced all three in a single race, it is appreciated.

Challenge mode puts players in 29 real-life situational challenges (one for each track), to see if the gamer can react accordingly. These challenges range from finishing a race with an empty fuel tank to avoiding a massive race-ending accident. Challenge mode offered a much-needed break from the monotonous lap-based racing of the other modes, and quickly became my favorite.

NASCAR Heat 2’s Career mode is…well…interesting. A decade or so ago, gamers would have never expected a racing game to feature any kind of single-player storyline. Over the years, more and more racing franchises have incorporated “Create-A-Racer” stories tasking gamers with proving their mettle on and off the track in an attempt to secure a lucrative sponsorship deal. 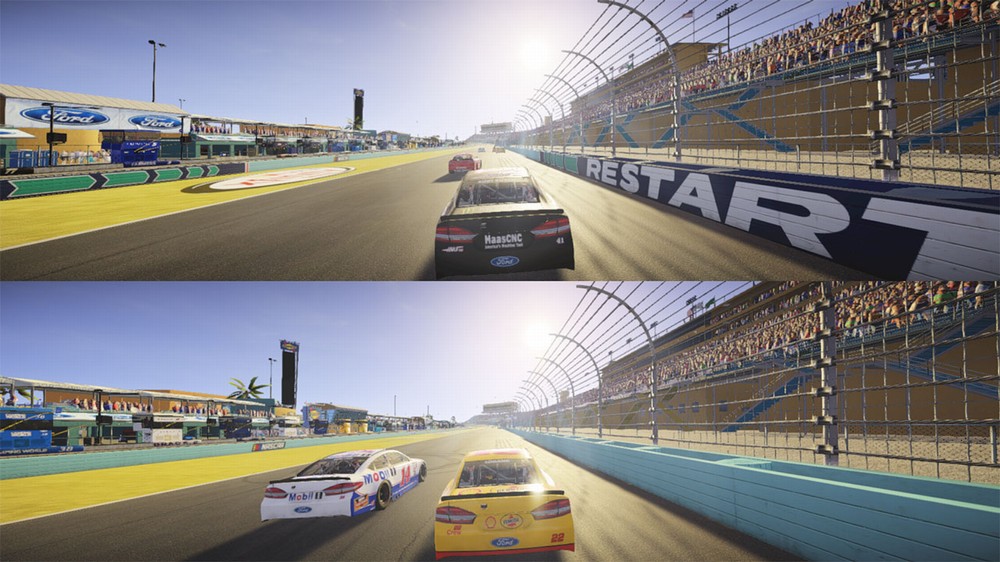 Career mode delivers a laughably low-rent production featuring a series of full motion video topped off by a ridiculously awkward FaceTime call from Monster Energy Series racer Brad Keselowski who tells the gamer that he or she will need to start at the bottom picking up XFINITY and Camping World Truck Series’ “hot seat” jobs in which teams are looking for substitute drivers. Sponsors set realistic goals for each race, for example they may ask the gamer to finish at least 25th or greater out of a field of 40 – an achievable goal, but most definitely a challenge. Meeting a sponsor’s goal will reward the gamer with money (although the money has no use as of yet), and hopefully help secure a permanent sponsorship.

I’m not all that certain that the Career actually offers an alternate path – it seems all gamers will race the same series of races and get the same offers – but it does offer a good deal of variety as gamers bounce back and forth between the XFINITY and Camping World Truck series.

In closing, NASCAR Heat 2 is a bare-bones oval track racer that offers gamers little outside of the on-track racing. The presentation is decidedly last-gen, and the FMV video sequences that open the Career mode seem phoned in. That being said, the racing is solid thanks to significant AI improvements included to address complaints directed at last year’s NASCAR Heat Evolution. NASCAR fans cannot go wrong with NASCAR Heat 2, but gamers on the fence might want to look at racers with a bit more to offer. 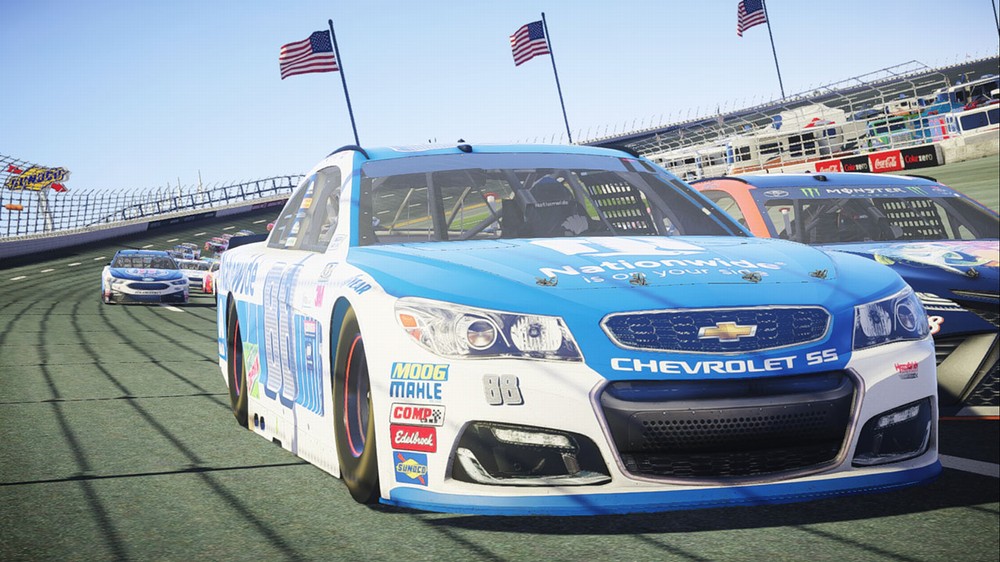 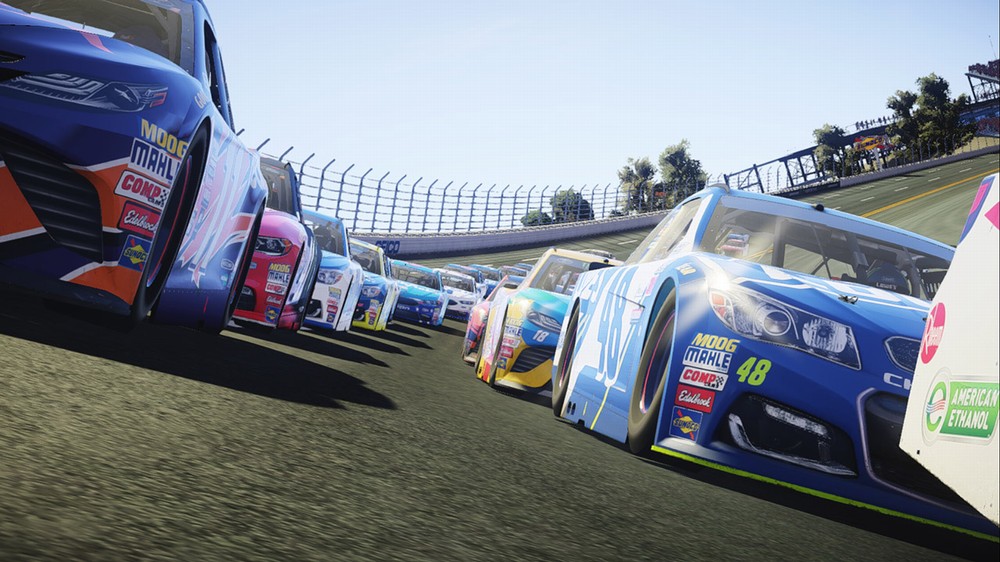 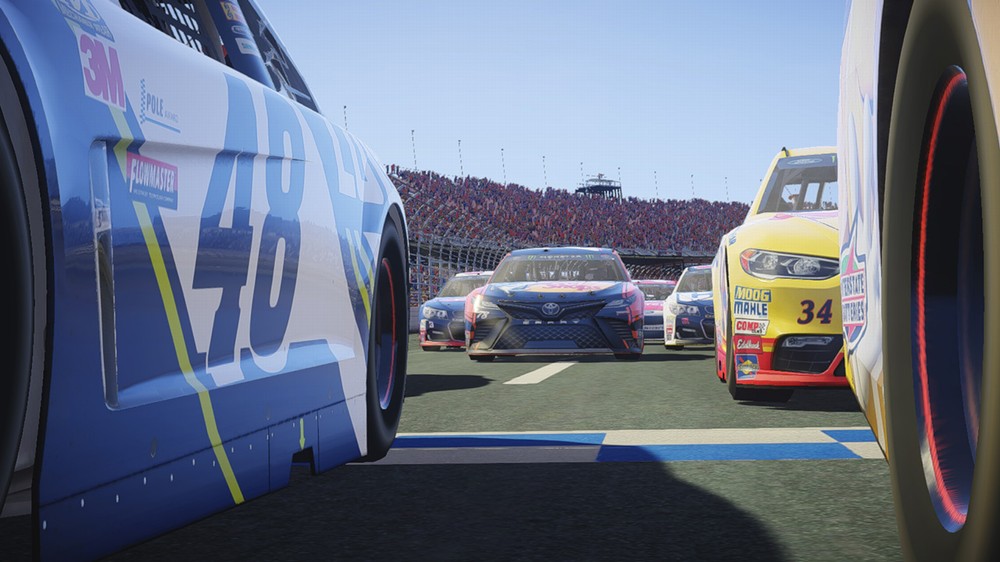