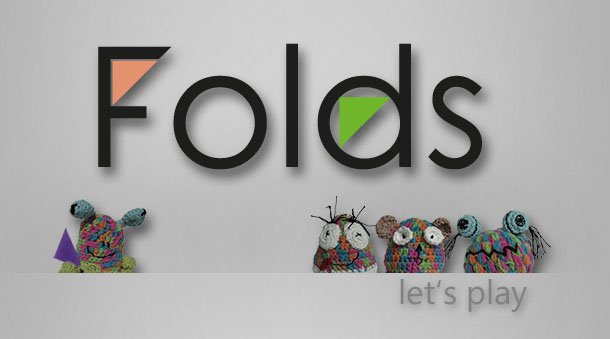 Folds is one of the simplest, smartest, and most elegant puzzle games I’ve played perhaps all year. The concept is quite simple really.  You are presented with a playing field filled with colored triangles.  Your goal is to clear the field by swapping these triangles around until you get two adjoining triangles of the same color (a square), at which time you fold one of them either up or down to combine them and remove them from the board.

Sound simple? It is, until you realize that you need to be very careful which direction you are folding the triangles because ultimately you are going to get down to only two of each color and if they aren’t opposites you won’t be able to clear the board.  Clearing away triangles also opens up more space allowing you to manipulate the remaining pieces around the board to get them into position, which can be a bit of a puzzle of its own.

While the gameplay is quite relaxing it does require a bit of concentration for just that very reason. No matter how large the playing field or how many colored triangles occupy it the game difficulty never really changes.  It’s all about paying attention as the matching colored triangle starts to dwindle.

Folds is universal and can be played on the iPhone or iPad, although you may find the larger screen on the iPad makes it a bit easier to tap the triangles. There is even support for up to six players per device (not all at once), so you can pick your cute creature avatar and track your own progress and high scores through the game.

I wish there was more to say about the game but it really is that simple. It’s only $1 and it only takes 68 MB on your device and you will get hours upon hours of casual zen-like fun from the game.  Just don’t fall too deep into that triangle trance or you may find you should have folded up when you should have folded down. 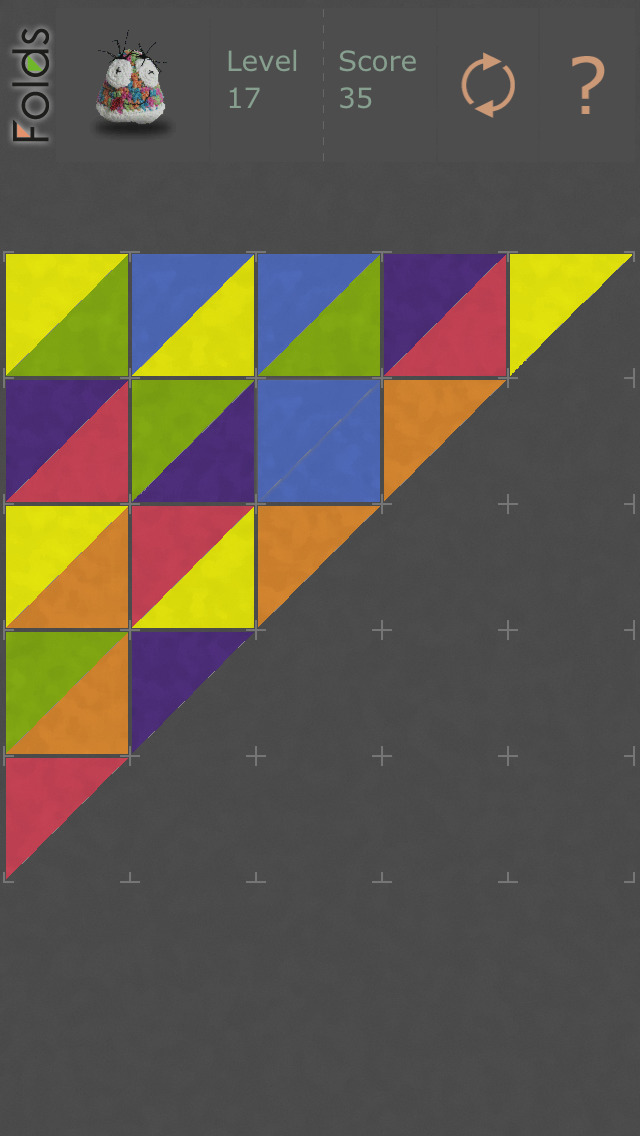 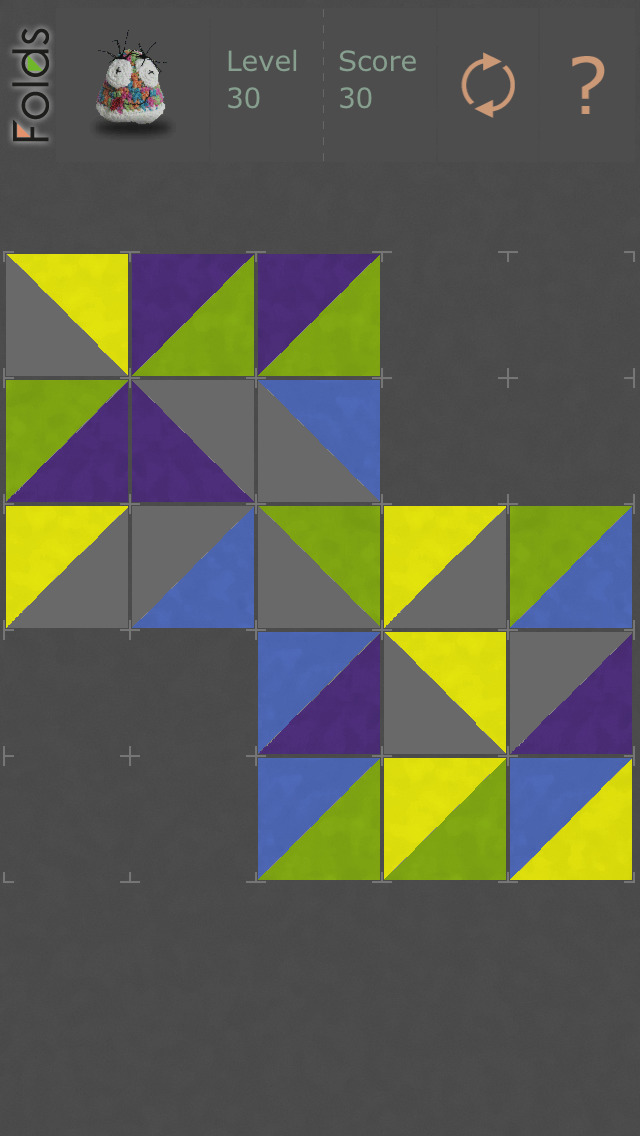 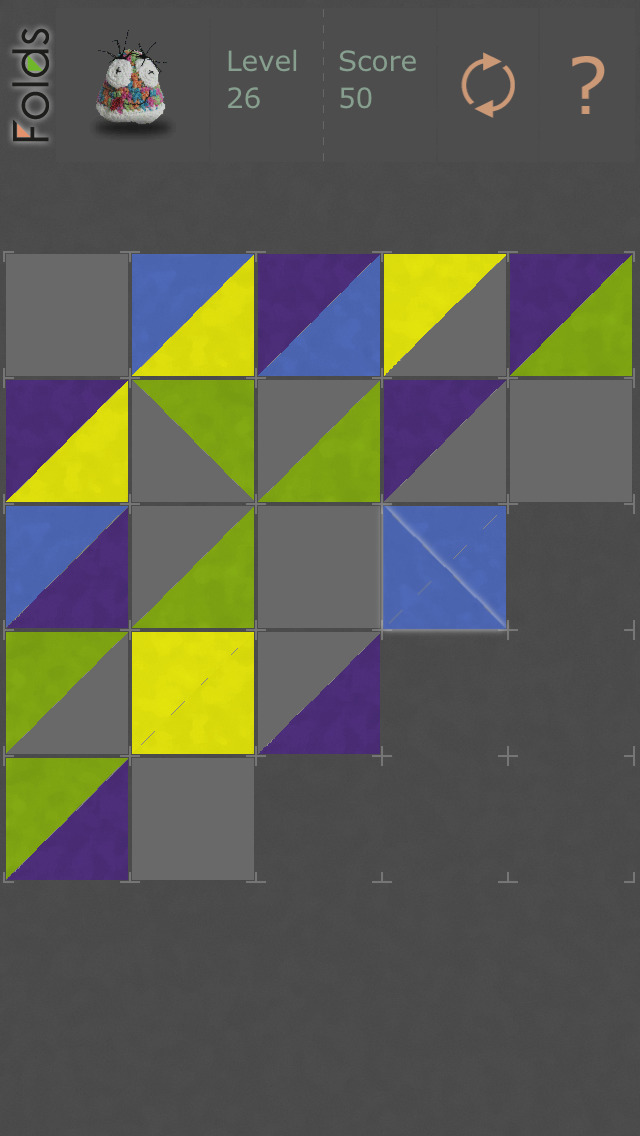