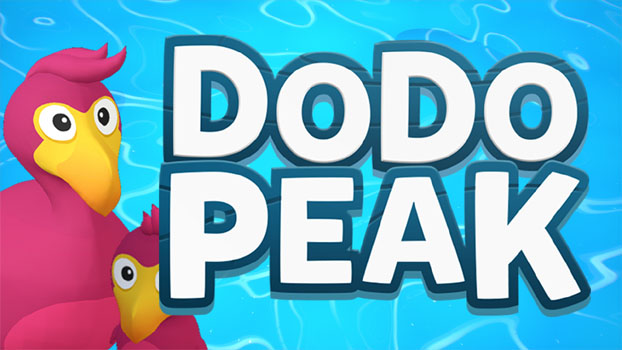 The Nintendo Switch is a perfect platform for games that would once have felt at home on mobile devices, and Dodo Peak is a further example of this pattern. Developed by Moving Pieces Interactive, Dodo Peak features a fairly simple premise, short and snappy levels, and like a lot of games of this type, a three-star level ranking system. Your goal in each level is to rescue a series of escaped dodo chicks and return them to their home, all while avoiding a selection of aggressive animals and dangerous obstacles, with bonuses given for speed and comprehensiveness.

Dodo Peak’s gameplay can best be described as a combination of Frogger and Snake, which might seem like a strange mixture at first. Movement is very much grid-based, both for your character and your foes, and you need to be aware of your timing to avoid moving obstacles and to make your way across gaps successfully. As you start to gather your chicks, they begin to build a trail behind you, and because the chicks are as vulnerable as you are, you need to make sure that as you move around, they are also steering clear of any danger. This means that as you collect up more of your young, you need to become more aware of your surroundings and how your movements might affect those towards the back of the group. 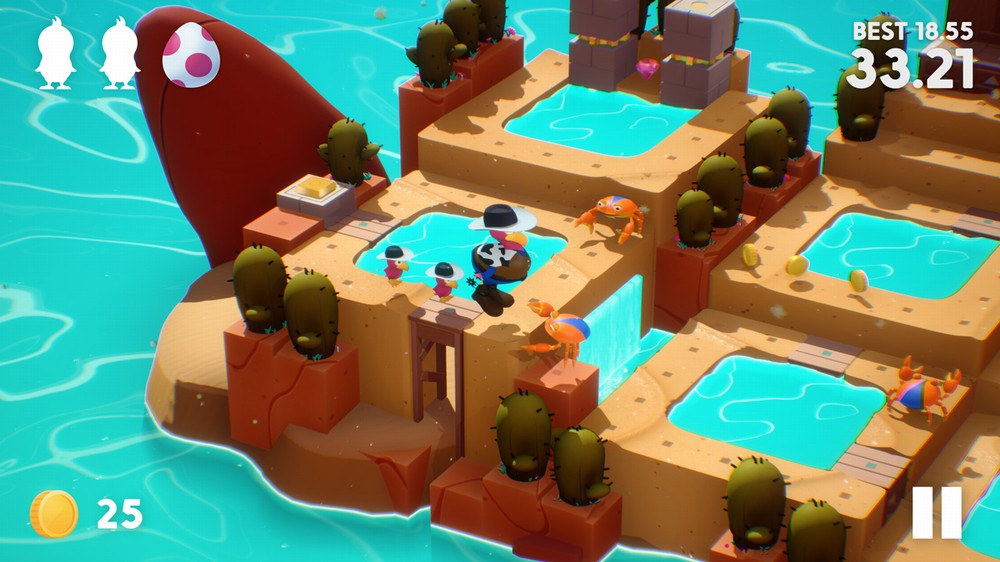 Levels in Dodo Peak are short, and though this allows for the game to click along at a rapid pace, it does also begin to feel like the difficulty curve ramps up a little too steeply, which makes for some frustrating sections as you try to get used to the sheer number of new obstacles that are thrown at you. I found Dodo Peak to be a surprisingly difficult experience at points, and not always in a healthy way. There are certain levels where it feels like there is simply too much happening on the screen at one time and too much for you to balance in terms of movement and keeping everyone safe that it’s almost impossible to effectively plan your route, and so any real success is based more on luck than judgement. This ends up feeling like you’ve lost a little bit of control over proceedings, and in a puzzle game such as this, I often find that it creates frustration more than a determined effort to push on.

Despite this, Dodo Peak does attempt to allow the player to progress at their own pace, though with a few restrictions. The game is broken down into six different worlds, and while you can make your way through them in a linear manner, you can also use a number of in-game currencies to create a shortcut, should you wish. Once you have gained a certain number of stars in a world, you can skip through to the next one, and similarly, if you have a large enough balance of coins, you can use those as well. However, coins are also used to unlock new outfits for your dodos, and these new outfits often bring speed boosts that will help you to complete levels, so there’s a fine balance to be struck when deciding how you would like to progress. 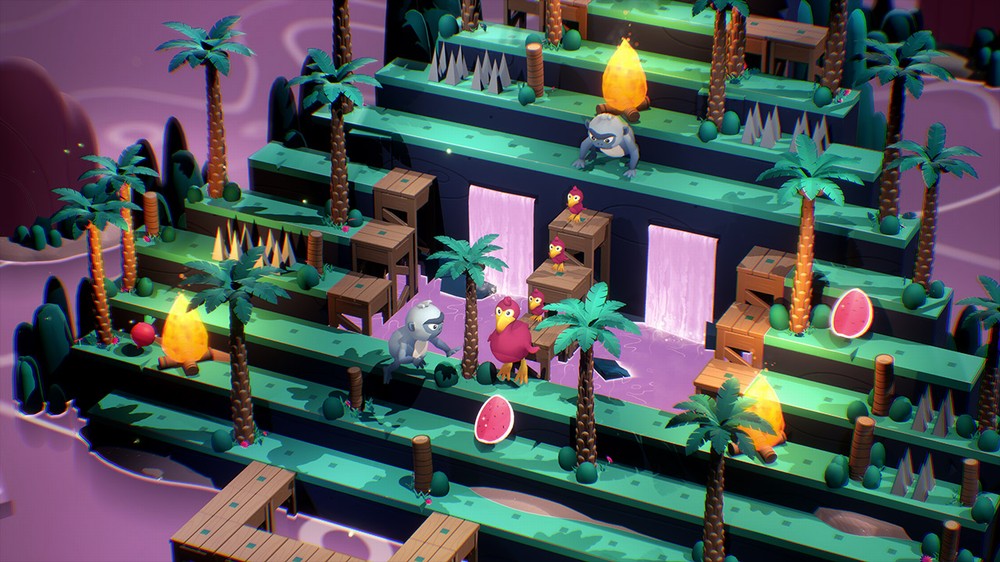 Collecting stars and coins is thankfully quite easily done, which means that even when you do run into some tough sections, it never feels like your time is being wasted. Even on failed missions collected coins are still added to your total, which allows you to grind away to unlock the next outfit, which might give you that extra burst of speed to beat a tricky level. Stars can also be earned individually, so you don’t have to hit every objective in a single run-through of a level to unlock all three. If you want, you can head back to a level and collect stars in a piecemeal fashion, focusing on collecting a set number of coins or a jewel instead of having to do it all at once. There are also weekly challenges to complete that unlock further costumes, though because of Dodo Peak’s relatively short runtime, I’m not sure how many players would end up sticking around for more than one or two of these.

I’m quite torn with my opinion of Dodo Peak, because while there were definitely sections that I enjoyed, there were a similar number of moments where I wasn’t having much fun at all, and instead was struggling with what the game was asking me to do. There’s often a fine balance in puzzle games where the slightest misstep can cause the experience to be either too easy or too difficult, and I found that Dodo Peak came down on the side of too difficult just that little bit too often, making for more frustration than was otherwise necessary. I found this to be a shame because alongside some well-presented visuals, Dodo Peak does offer up some enjoyable gameplay and an interesting progression system, but too often it feels like the experience has been set up to cause the player to fail no matter what they do. If you can get past these frustrations then Dodo Peak might be able to provide you with a few hours of fun, but just be aware that you might occasionally feel like the game is rigged against you. 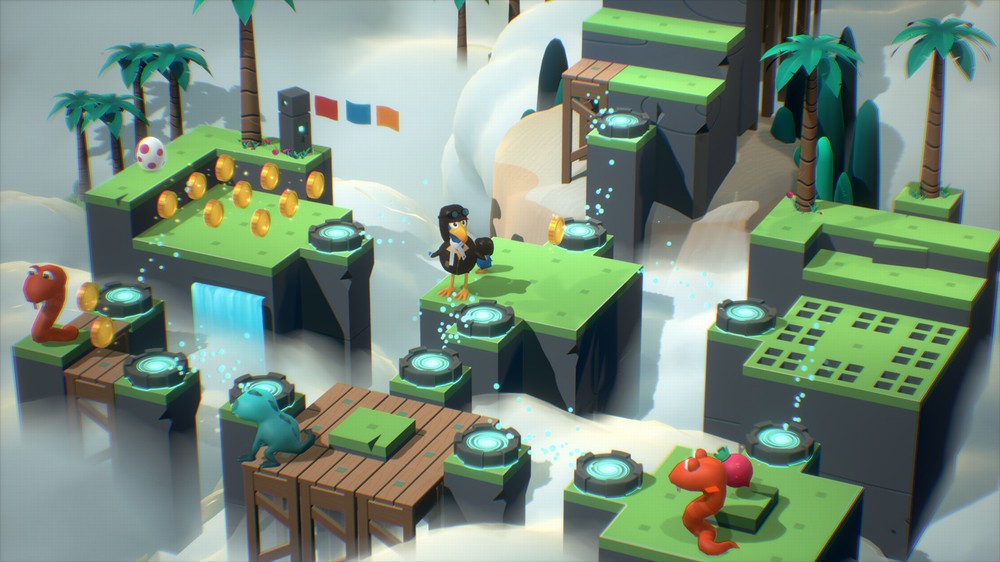 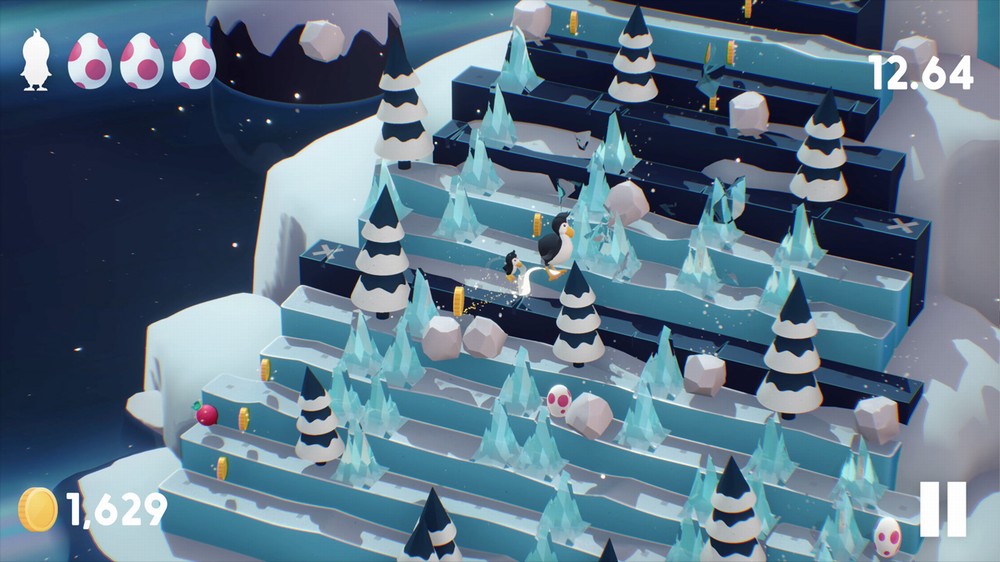