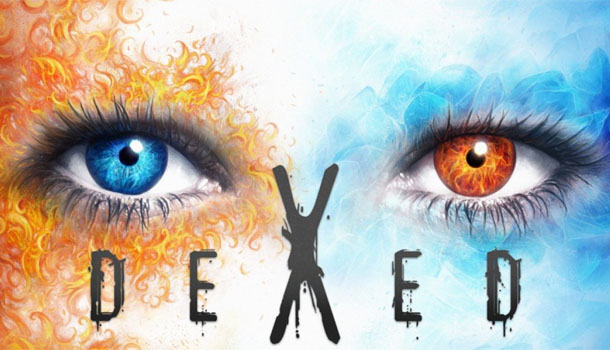 It’s nice to see that big developers are finally taking notice of VR; the latest being Ninja Theory and their new shooter DEXED, which released late last year for PC VR and more recently on the PSVR. Somehow we overlooked this game when it launched for the Oculus Touch in December, but now with renewed interest in the game, we decided to check it out, and given the choice of three platforms we went with the Oculus Rift.

DEXED is an on-rails shooter that mixes arcade elements like Galaga with strategic binary enemies and weaponry similar to Ikaruga. VR turns out to be the perfect medium for such a concept and even though we haven’t tested Vive or PSVR I can’t believe any other controller could beat the Oculus Touch.   The big difference is that with Vive and PSVR you are clearly holding controllers in your hands, but with the unique wraparound design of the lightweight Touch your hands literally become the controllers, allowing for complete immersion in the game. 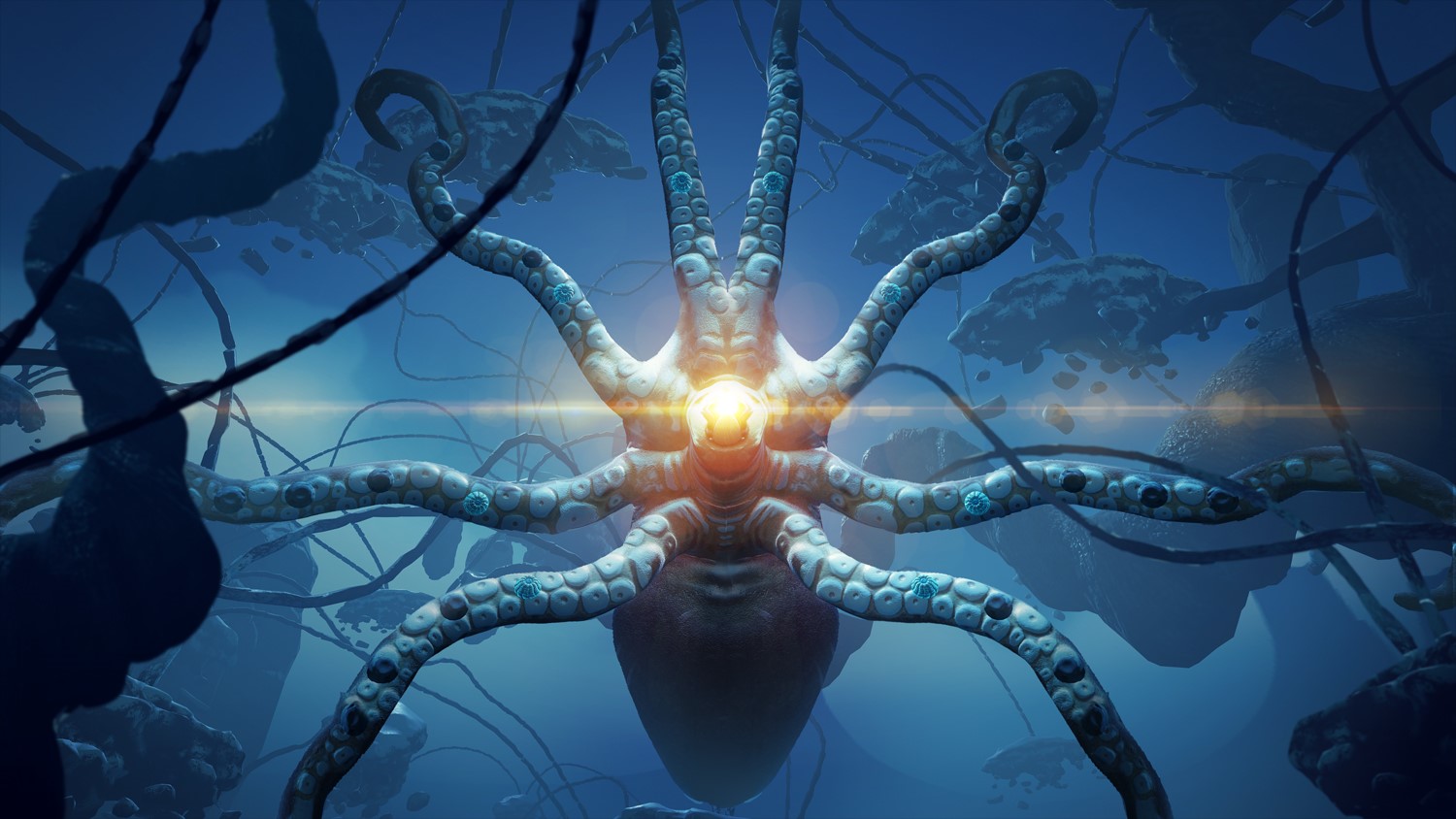 Gameplay is fairly straightforward. You’ll fly around and through environmentally themed levels like undersea, forest, volcanic, and winter all culminating in a disappointingly easy final boss level where you face off against a giant octopus.   There is also a wave-based arcade mode that plays out very much like a 3D Galaga game complete with enemies flying into the level in various spiral formations. Enemies are either orange or blue (or some subtle variation of those colors) representing fire and ice. Each of your hands is also coded those same colors and you’ll need to shot fire and ice at opposing colored enemies to destroy them.

The shooting is very much like Rex with twin color-coded reticles that float about the screen synced with your hand movements. You squeeze the trigger to lock on to as many targets as possible then release to send a swarm of elemental energy to destroy those targets. The trick (and the danger) is that if you hit an enemy with a matching color it will launch a deadly projectile right at you, but if you are quick you can squeeze the grip button on the Touch to energize a shield. Shields are also coded as fire and ice and you’ll need to use the right shield to deflect the right “missile”. 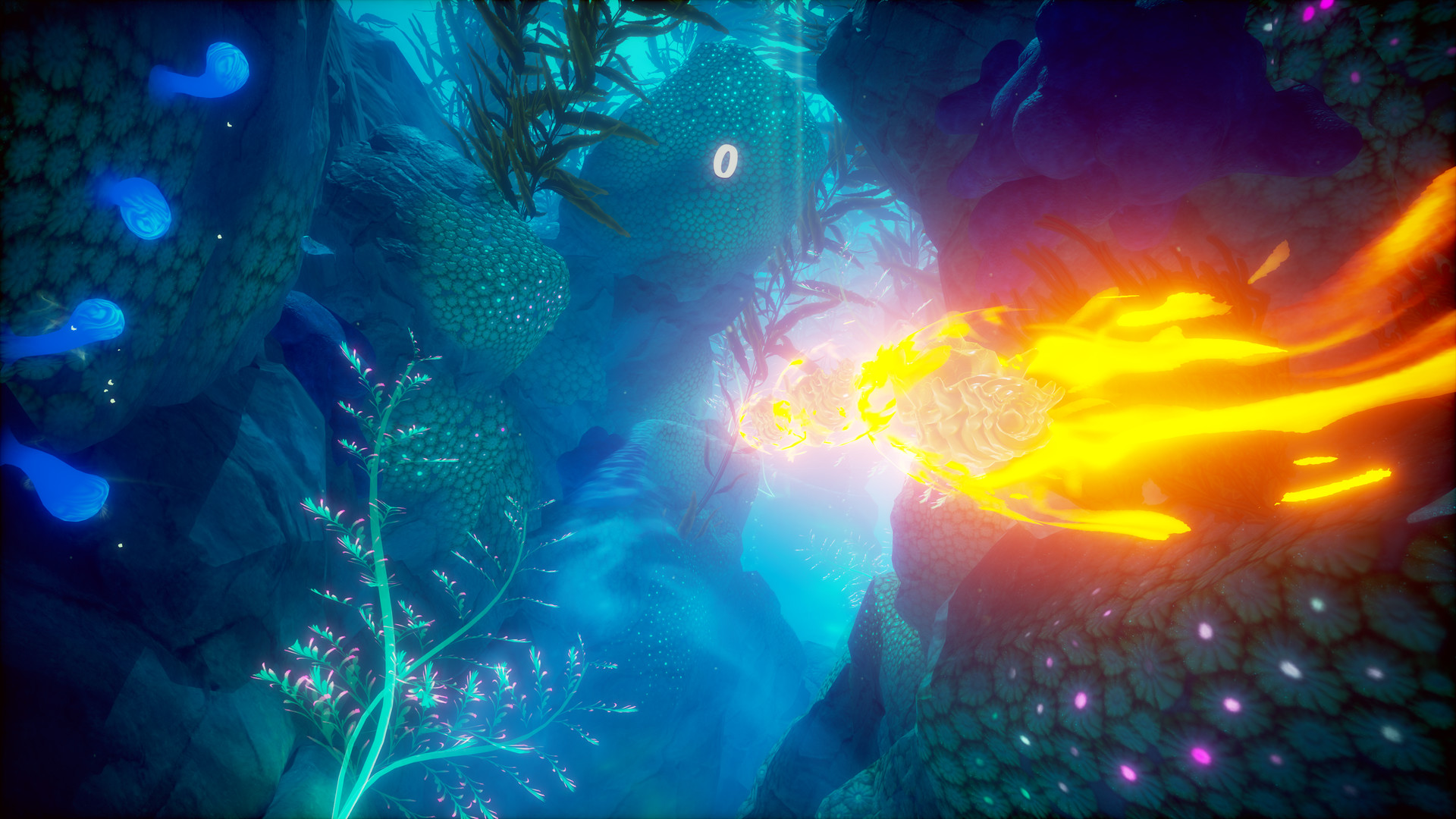 While many enemies will already be flying around in various formations, often in diabolical alternating colors, other enemies appear as seedling pods that grow from the landscape. If you don’t destroy these fairly quick they will hatch into missiles that will come right for you, testing your shield reflexes.  This mix of flying and ground-based enemies creates a surprisingly unique challenge, lacking in similar arcade-style shooters.

Being an arcade game DEXED is all about high scores, so killing enemies fast and in succession will earn you great combo and chain bonuses while hitting opposite enemies will penalize you with appropriate score reductions. You can choose from three difficulty modes, or if you just want to zone out and enjoy the VR journey you can try Zen Mode to fly the levels sans enemies. DEXED is rather light on content, but the $10 price of admission is more than fair for the amount of gameplay you can squeeze out of the arcade mode alone, not to mention the various themed challenge levels. As with most arcade games it is all about the quest for high scores and leaderboard bragging rights. 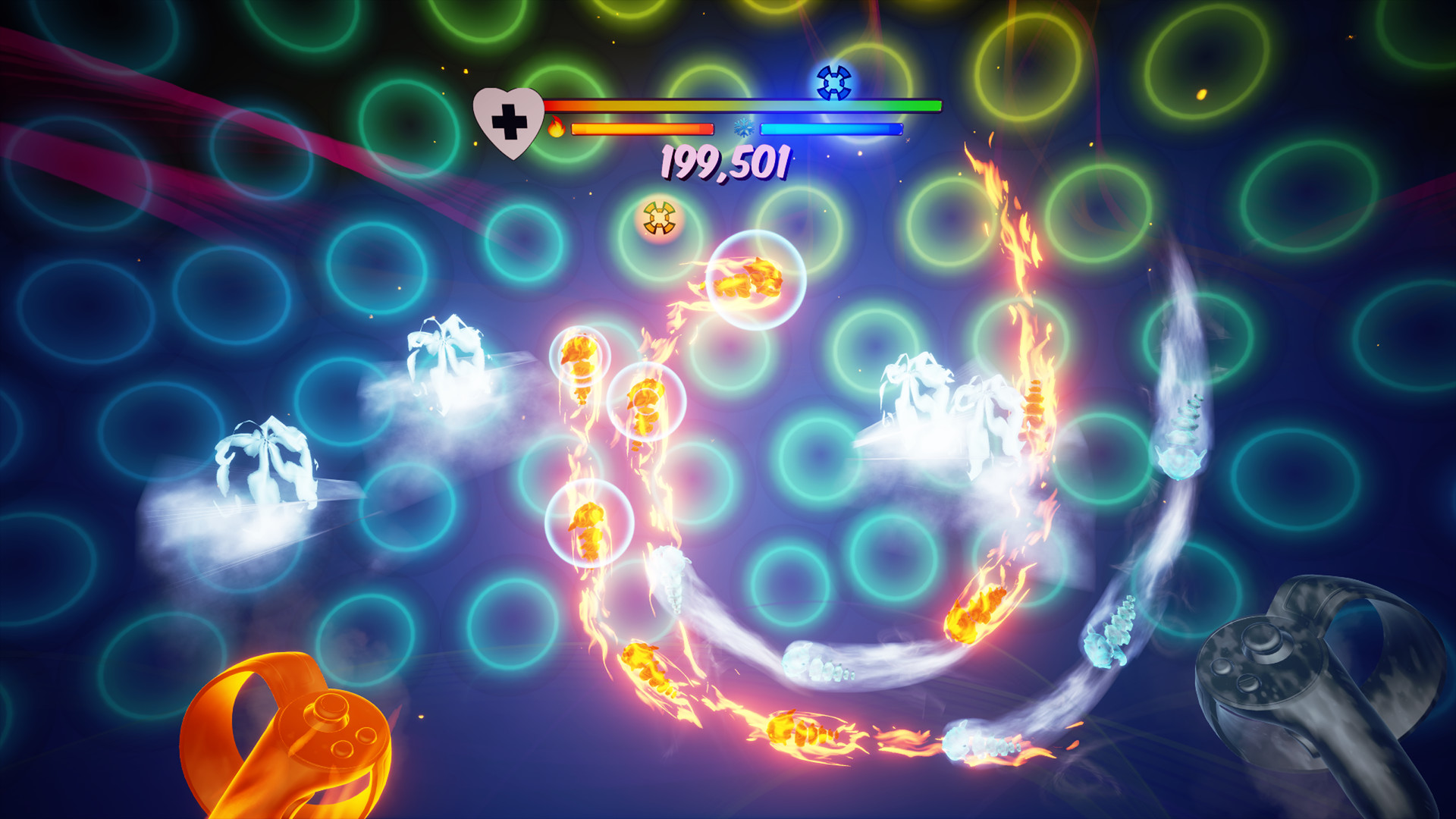 DEXED is a fantastic game; especially if you have the Oculus Touch. While the game supports a gamepad across all three systems I simply can’t imagine trying to play it without motion controllers. The game is also categorized as a front-facing game you can play standing or seated, and while enemies will never spawn behind you they will fly behind you, and you can still spin around and shoot them, so I totally recommend standing.   The graphics are excellent and the on-rails flying basically makes you a turret, thus reducing or even eliminating any chance of motion sickness. The music and sounds are minimal but work well within the game design. Most themes are atmospheric and ethereal, but the music kicks up a notch for the final boss fight and the tracks in arcade mode are also quite energetic and fuel the gameplay.

DEXED is an easy recommendation for arcade gamers and anyone who owns an Oculus Touch. Its addictive arcade design complete with slick level design and multiple skill settings will keep you questing for those top leaderboard spots for months to come, and with silky smooth framerates and highly responsive controls, DEXED is a game that is virtually impossible to put down. 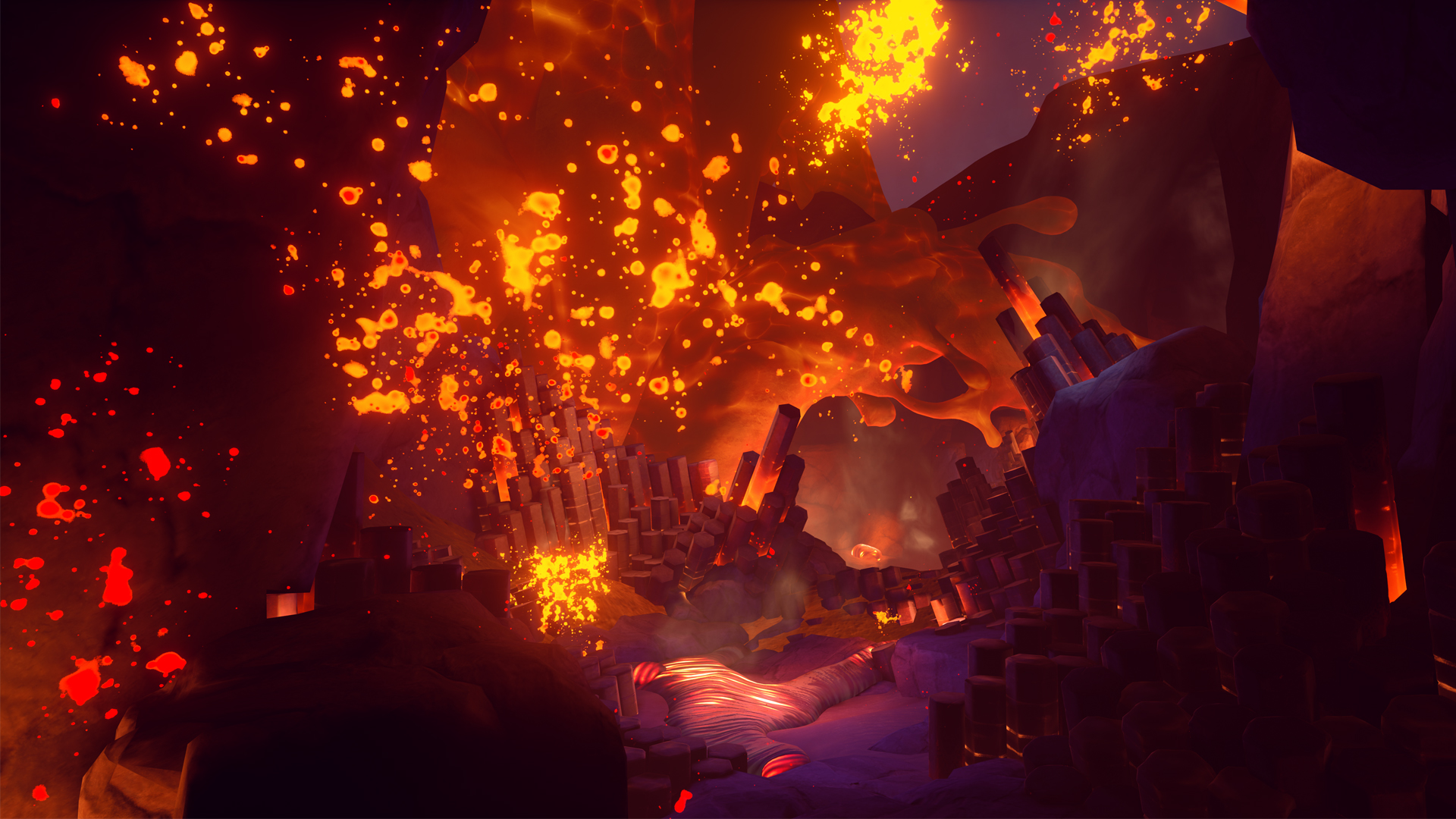