When you play a game like Assassin’s Creed IV: Black Flag that takes more than 100 hours to complete chances are you’ll be playing during some “off times” where others in the house might be trying to actually sleep.  In that case you are going to want a pair of awesome, high-quality headphones. and Skullcandy has the perfect pair for you. 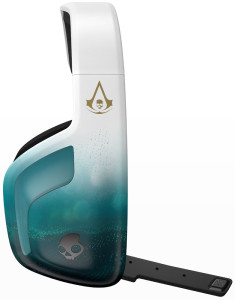 The Skullcandy SLYR AC  IV  Black Flag Edition was designed from the ground up by Skullcandy and ASTRO Gaming engineers to deliver a unique combination of high quality audio performance, cutting-edge features and a stylish aesthetic for gamers worldwide – all at an affordable price.  The Skullcandy SLYR AC IV Black Flag Edition provides Assassin’s Creed fans with precision stereo gaming audio with cross-compatibility with Xbox 360®, PlayStation® 3, Wii U™ and PC as well as most smartphones, tablets and MP3 players.  Additional features include a stashable boom mic; the GMX in-line mixer with volume and game-to-voice balancing controls; and, of course, a unique new color and graphic treatment as well as custom audio profiles developed by Ubisoft to ensure the game’s audio is experienced exactly as they intended. 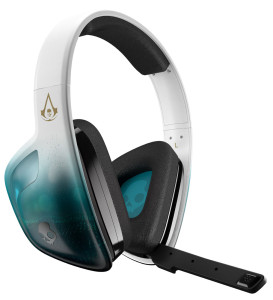 But even more important, these headphones sound awesome with EVERYTHING – not just Black Flag.  The frequency range, clarity, and overall comfort – you forget you have them on after a few minutes – had me using them even for my iPad gaming sessions of Assassin’s Creed Pirates.  And even though they released ahead of the PlayStation 4, thanks to the universal 1/8” headphone jack on the DualShock 4, you will be able to enjoy this gaming headset on your next-gen console. 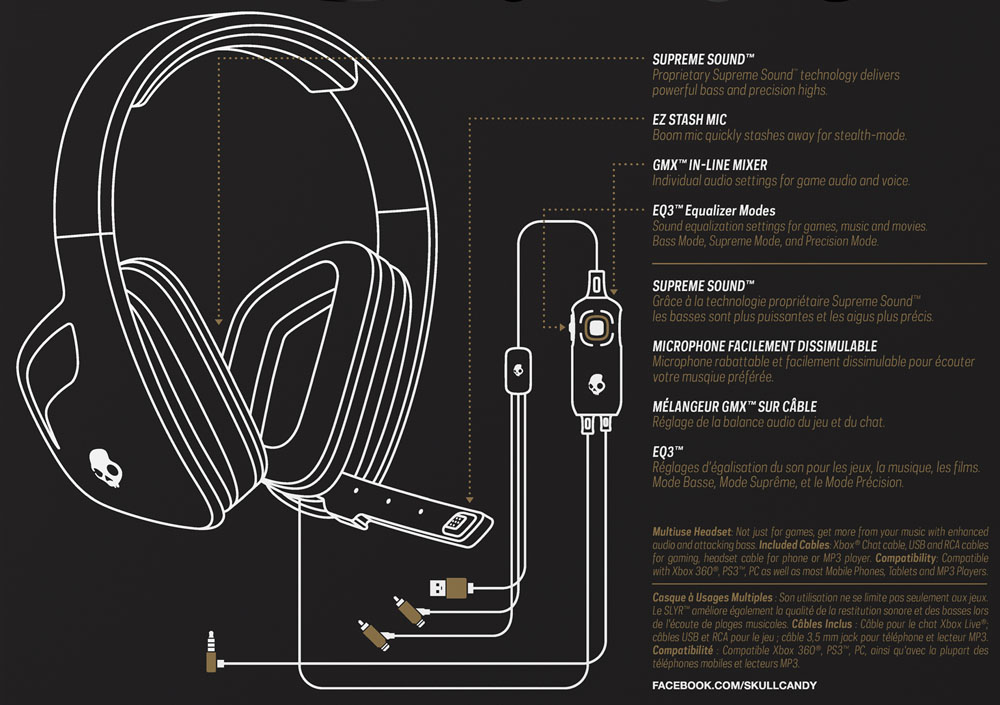 The Skullcandy SLYR AC IV Black Flag Edition gaming headset is now available directly through the company’s website at www.skullcandy.com for $89.99 or at retailers like Gamestop, Target and Best Buy online.   If you are looking for a comfortable pair of headphones that deliver outstanding audio for games, movies, and music, then your ship has just come in…