While we won’t be doing a full review for the new PlayStation 4 Pro console that released yesterday, I did want to give some initial impressions of my experiences and observations of the past 15 hours of “rigorous testing” with Sony’s new mid-generational console. First and foremost, this is a very specific console targeted at a very specific demographic of gamer; one who has a 4K/HDR TV or a PlayStation VR – ideally both – or is planning to get these items in the immediate future. If you are content with your 1080p display and don’t plan on entering the virtual world of gaming anytime soon then save that $400 for something else this Christmas.

Apparently I am the ideal consumer for the Pro, having both a PSVR and a Sony 940D HDR 4K TV. I was already impressed with the notable improvements last month when Sony implemented HDR support on the previous PS4 models. Even at 1080p, HDR makes a world of difference, so I couldn’t wait to see how this would combine with 4K resolution on the new Pro. Sadly, I would have to wait about 7 hours.

While the new PS4 Pro comes with a 1TB HDD that is still not enough in a world of 40GB disc installs and a huge digital library. In preparation of moving from my old PS4 to my new one I tried doing some housekeeping on my 2TB drive I had installed last year on my original PS4, but the best I could whittle it down to was 1.13TB. So along with my PS4 Pro pick-up from my local Best Buy I also grabbed a 2TB Seagate drive replacement. Sony has always been “consumer friendly” when it comes to users swapping out drives, but it’s even friendlier on the Pro with an easy access drive bay on the back of the system. Just snap off the plastic cover and remove a single screw to slide out the drive tray, swap the credit card-sized hard drive, reassemble and you are back in business…after reinstalling the PlayStation OS from a memory stick you must prepare on a PC.

Of course, if this is your first PS4 or you don’t need to have a massive library of games on-demand then you can certainly get by with the 1TB drive that comes with the Pro. But if you have any desire to supersize your drive I highly recommend you do it “before” you fill up that original.   While I had the luxury of having two systems and being able to use the new Network Transfer (plug both systems into the same router) that only took 6 hours, swapping hard drives within the same system requires the use of an external hard drive, and for 1TB of information you are looking at 7 hours to backup and 7 hours to restore to new drive.

Despite the illusion of being bigger (I think it’s the triple stack design) the PS4 Pro is actually about the same size as the original model (not the slim) with very few changes. An extra USB port is now in the back so you can plug in your VR without giving up a front port, and the power cord has changed from the non-polarized plug to the same style you see on a PC. The blue light previously on the top is now a thin strip along the front of the console, and the DualShock 4 also gets a see-through strip of light on the touchpad, but otherwise no real enhancements.

The improvement to visual fidelity is apparent from the moment the PS4 Pro launches into your main menu. Everything is so much sharper running at 4K resolution and the HDR enhancements for color and contrast are already working their magic even on your game thumbnails. There were over 20 updates for various games in my library adding support for the Pro. I wanted to check out the HDR improvements first; because once you hook up the PSVR the HDR is disabled. So while the new Call of Duty: Infinite Warfare was doing its mega-install I checked out the Pro-enhanced versions of Ratchet & Clank, Infamous Second Son, and Infamous: First Light. 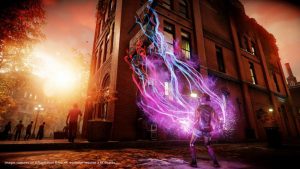 Ratchet & Clank was breathtaking in 4K, and the HDR was apparent from the opening splash screen with the blinding sun peaking from behind the planet horizon. The framerate was consistently fluid at the higher resolution although I did notice more aggressive motion blur when panning the camera side to side.   My jaw dropped the first time I saw Second Son in 4K HDR but nothing could prepare me for the level of improvement in First Light, the standalone DLC for Infamous. This game takes place entirely at night with a girl who uses light and neon as her superpower, so you can only imagine the impact HDR has on this situation.   Uncharted 4 and Rise of the Tomb Raider are also on my list of old games to replay on the Pro, so stay tuned for updates on those titles.

But the true test was about to be revealed as I started up the latest Call of Duty game specifically designed with the PS4 Pro in mind. Having already played most of the campaign on the PC I already knew what the game looked like running at 4K with all the fancy Ultra settings, but for as good as my PC is, it cannot do HDR. This may be a bold statement but I’m fairly certain the PS4 Pro version of Infinite Warfare looks, runs, and plays better on the PlayStation than it does on my 980ti-equipped gaming PC. The HDR graphics give the entire game a more lifelike look. The characters blend into the backgrounds better on the PS4, there is no hitching in the cutscenes, and the framerate seems to be a rocksteady 60. Until I upgrade to an HDR-enabled video card the PS4 Pro may have just become my top gaming system of choice.

Now it was time to see how much better VR was running on the new Pro. If you’ve read any of my PSVR game reviews you’ll already know I’ve found the PSVR slightly lacking, mostly due to the lack of power in the original PS4.   While juggling the HDMI cables around at the rear of the Pro I did notice the unit was running much hotter than my old PS4 – of course by now the system had been running non-stop for 8+ hours.   There was an immediate downgrade in visuals when cabling the VR box into the mix and losing HDR. The menus lost considerable sharpness and the color levels dropped in intensity. It’s enough of a variance that I encourage anyone with a Pro and PSVR to unplug the VR box when you aren’t playing VR games. 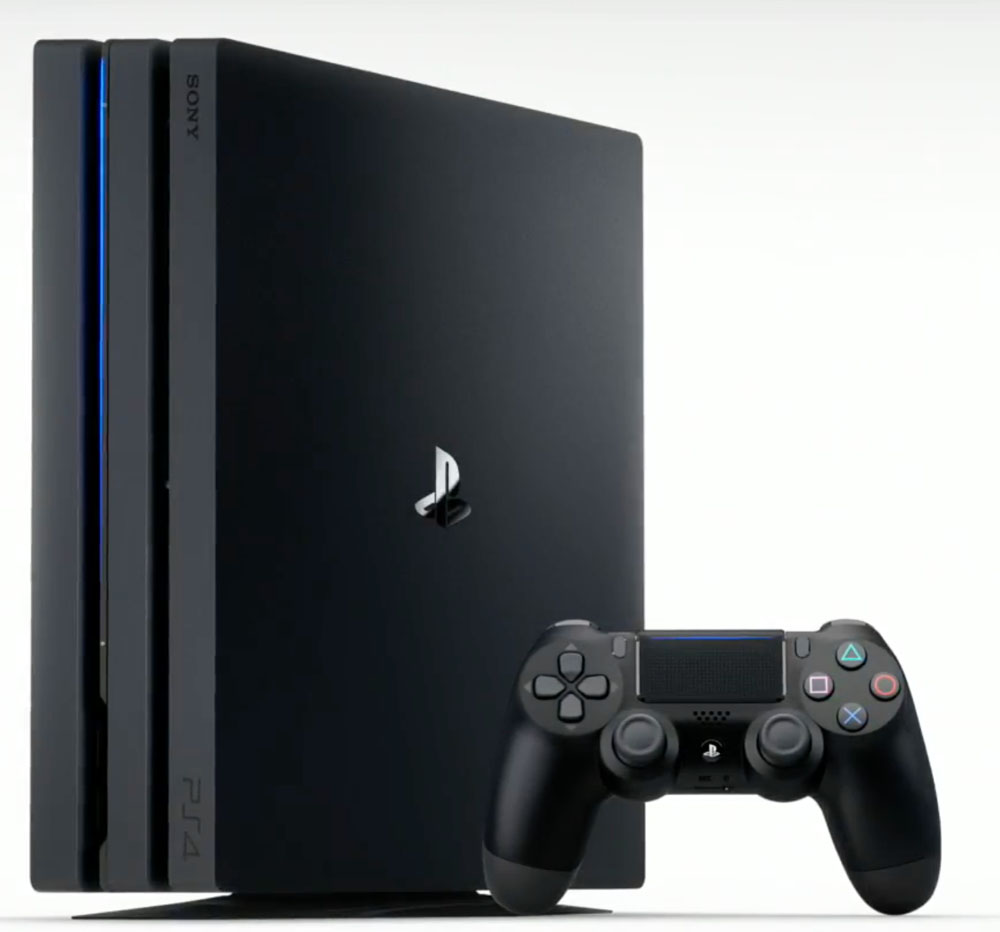 I immediate loaded up Battlezone since that was one of the more heavily advertised games for getting a Pro boost in VR, and I was pleasantly surprised in both a resolution upgrade and overall performance enhancements that eliminated shimmering and any hint of motion sickness.   Thumper was up next and it also got a huge boost in VR performance thanks to the Pro.   I tried several other underperforming games from the past few weeks and it seemed that even without a specific patch they all exhibited some level of improvement just by playing on the new PS4 Pro. Perhaps the most stunning of all the VR titles was the newly released Robinson: The Journey. I’m still finalizing my review for this game, but I can tell you now that this masterpiece rivals anything on the Vive or Oculus Rift.

The PlayStation 4 Pro is definitely an awesome piece of tech, but again, unless you have a new 4K HDR TV – something released in 2016 because anything you bought in 2015 likely isn’t HDR – or you plan on doing a lot of PSVR gaming, then you can probably forego the upgrade to a new system at this time. But for those of you with the HDR display to appreciate what this system can deliver, prepare for a gaming experience that will make the PC community envious.