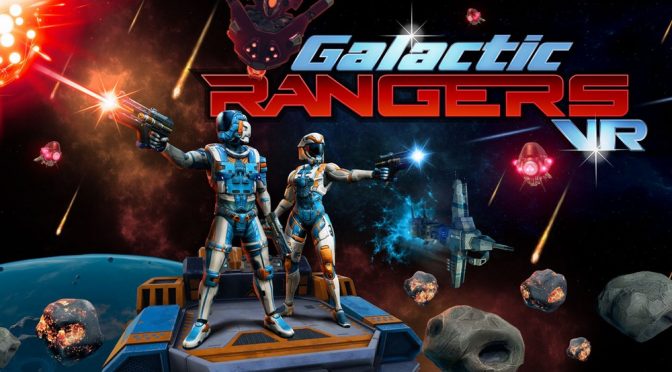 Galactic Rangers VR is an immersive shooter arcade experience for all trigger-happy players, who don’t mind a challenge and enjoy dodging projectiles, debris, and asteroids. Use your blasters and point at a target and shoot, blasting away enemies.

The story of Galactic Rangers VR centers on mysterious Space Cybernetic Invaders who have threatened the frontier worlds. You, like other Galactic Rangers, were ordered to go to defend the borders from an unknown threat, find out where the cyborgs raid and permanently destroy their lair!