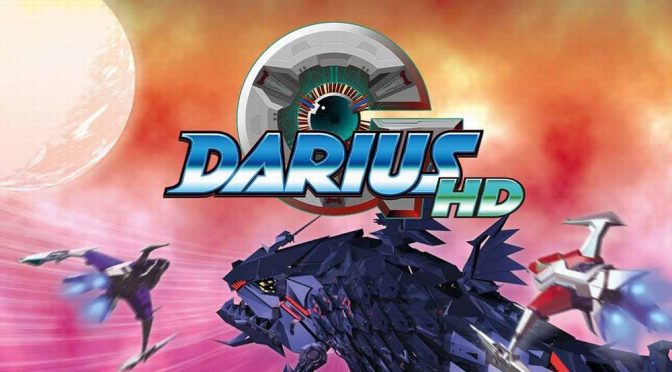 As the first horizontally-scrolling arcade shooter to feature state-of-the-art fully-3D polygonal graphics, G-Darius made major waves when Taito ported for in-home play on the original PlayStation console in 1998.  Over the years we’ve seen G-Darius pop up in various Taito Legends releases, but now we have our first high-definition remaster with G-Darius HD

G-Darius’s story is a bit convoluted – apparently the world of Amnelia is under attack from a swarm of bloodthirsty cyborgs called Thiima.  The Thiima are apparently angry over Amnelia’s prior use of the A-N (All-Nothing) superweapon to destroy the planet Blazar, and have come hell-bent on destroying any and all Amnelians as a punishment.  The Amnelian Army finds a way to use the A-N technology, combined with captured Thiiman technology to craft two Silver Hawk fighter ships to defend Amnelia from the Thiiman onslaught.  These ships are piloted by the gamer via single-player or two-player co-op. 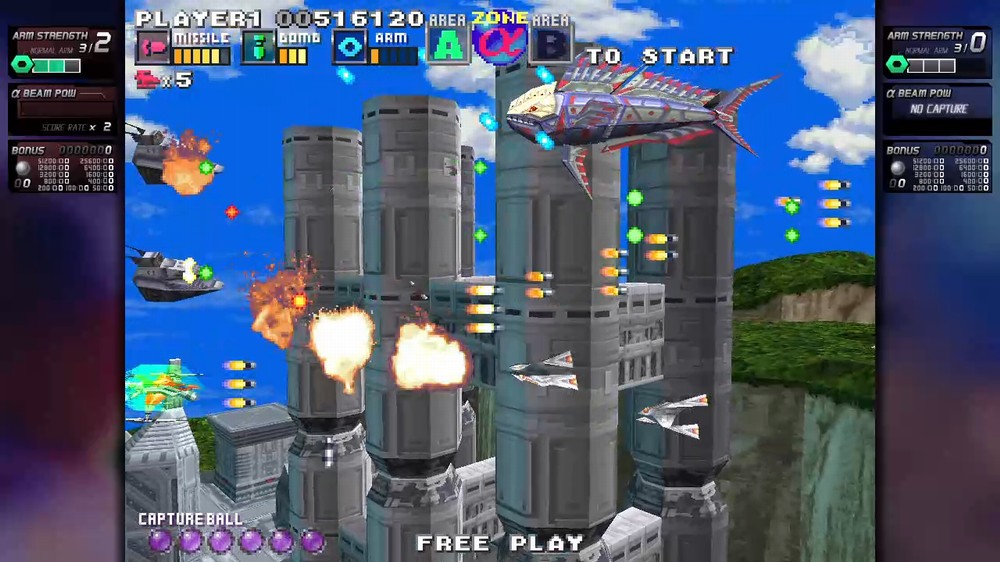 G-Darius is a quintessential example of the side-scrolling space shoot’em up genre – with gamers piloting the Red Silver Hawk and shooting wave upon wave attacking alien ships, with each level offering up a mini-boss and ultimately a final supersized boss.  It’s fast, it’s fun, but like all shooters – G-Darius can be downright infuriating at times.

G-Darius breaks up the gameplay into a series of levels called Zones, which are named after Greek letters.  Each Zone completion offers the gamer two alternate choices for the subsequent Zone in a pyramidal branching structure that ultimately provides for five alternate endings.  If that weren’t enough gameplay, within each Zone there is an alternate pathway that can be taken to further add to the variety.  My college statistics prof will probably roll his eyes when I guestimate there are at least 45 different possible pathways through G-Darius, so no matter how many times you play through, there’s always something new to see. 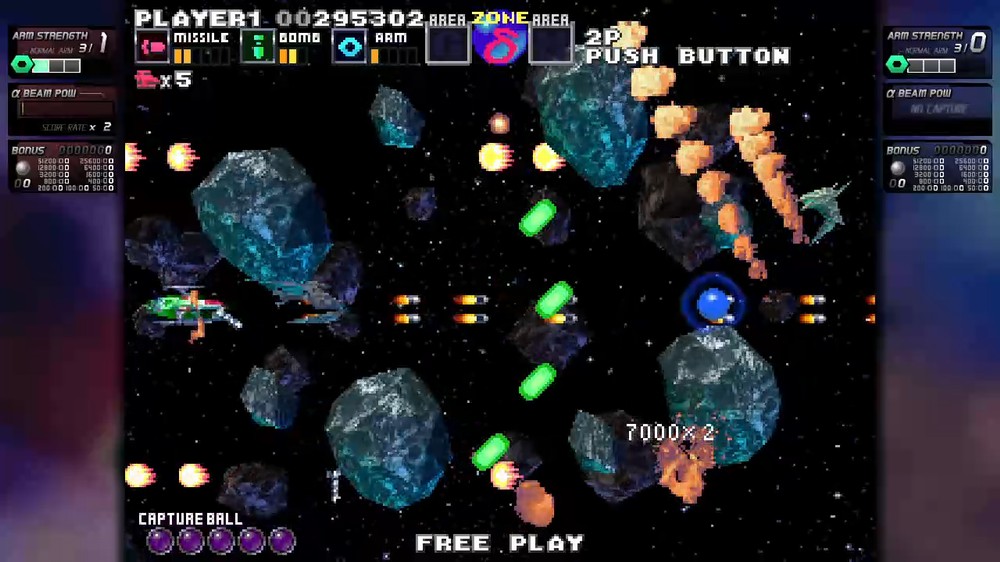 While madly shooting at the incoming enemies, some will drop power-ups in the form of colored-coded balls that will enhance the shots (red), bombs (green), and shields (blue), and to wipe out all enemies on screen (gold).  There are also “Capture” balls which allow the gamer to capture enemy ships and/or mini-bosses to use them simply for extra firepower, or to use their energy to fuel alpha beam or beta beam super-weapons.

No surprise, the enemies, minions, mini-bosses, and final bosses all become increasingly difficult – if not downright impossible at times.  G-Darius makes it easier to trudge on with a near-endless stream of credits obtained via a single press of the shoulder button. Still, there were times I simply had to put the controller down for a while to catch my breath while contemplating a different attack strategy. 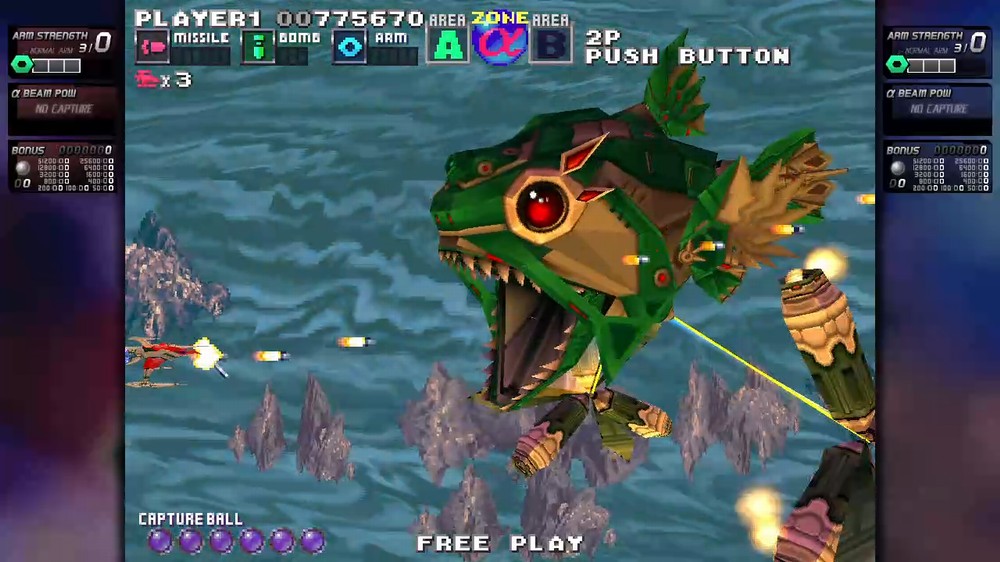 As mentioned, G-Darius HD is a high-definition visual remaster of the original 1997 arcade release – other than that the games are identical.  Taito includes both versions of the game (Original and HD) so gamers can compare the differences.  And while the HD remaster is at a noticeably higher-resolution than the original, it is nothing like the complete visual overhauls we’ve seen with other arcade classics in the past.  Gameplay in both is limited to a letterboxed screen-within-a-screen, and there are noticeable jaggies (I haven’t typed that in a long time) and antiquated background and special effects.  Still, there is a certain nostalgia that comes with visual like these, HD or not, so I’m willing to give it a pass for excellent gameplay.  And that’s precisely what G-Darius delivers – excellent gameplay.

For fans of shmups, G-Darius is a no-brainer.