Forced was a pleasant surprise. Coming into the game, I had expected a dour cooperative dungeon crawl, full of red and brown. Instead, as a strangely upbeat – though still grim and mysterious – challenge-based cooperative experience, there’s nothing quite like it out there. Though sometimes frustrating, Forced stands out as one of the best cooperative games out there now.

You’re a gladiator, trained from birth by your tribe to go into the pit in your village that nobody ever comes back from, with no real idea of your purpose, or any way to defend yourself. Fortunately, both of those are taken care of almost immediately when you meet your spirit mentor, an orb of energy that you’ll be interacting with to solve puzzles as you go through the game’s surprisingly bright and colorful arenas.

You’re told that you’re here to be a gladiator, though the exact terms of what that means are unclear, and you’re led to a selection of weapons. The frost shield, storm bow, volcanic hammer, and spirit claws each have a different specialty, but their capabilities grow as you complete missions and optional challenge objectives. Each player can take one, adding an additional layer of teamwork when you take on enemies. 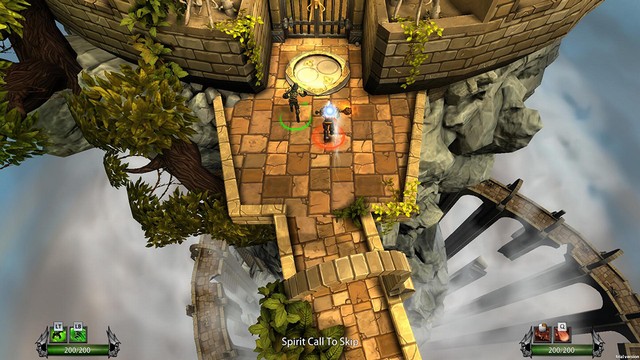 The gladiator with the shield is able to block enemy attacks, negating them, and gets a variety of defensive and support abilities. The archer can nuke enemies from far away, and has ways to stay out of combat to better fight from afar. The hammerer’s slow but devastating and can exploit the marks that build up on enemies when hit, and the man with the claws can build up marks with alarming speed and has powers that lets him dodge around to support allies and get where he needs to be. The mix of new powers unlocked by challenges, and the inherent qualities of the weapons adds a huge amount of variety to the game’s teamwork, and makes combat that much more interesting than it seems on the surface.

Meanwhile, the game’s puzzle-solving aspects are surprisingly robust. Over the game’s 25 challenges, you’ll use the spirit mentor to activate switches, move blocks, disable traps and more, all through the act of calling him to you, or passing him between players. While some of the game’s puzzles can take a while to work out while under constant attack, the continual introduction of new elements manages to keep things from becoming rote.

The game’s one downfall is one of its biggest strengths. It really is a cooperative game, and that means that players will have interesting things to do at any time, during puzzles or combat. Alone, though, all that depth falls away. It’s still playable, but it loses all the interplay that makes Forced such a cool game.  It can also be frustrating, in a game so based on puzzles, to have to redo them if you fail at the very end. A checkpoint system would have been nice, but then, that might have been too much handholding for a game based around short challenges like this.

It’s definitely not a game for lonely players, which is why Steam is offering a discounted 4-pack , but if you’ve got a friend of three who’s up for some of the best cooperative action in years, pick up Forced. As long as you don’t go in alone, you won’t regret it. 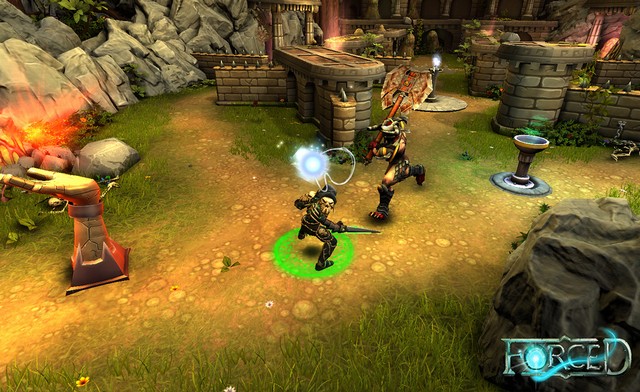 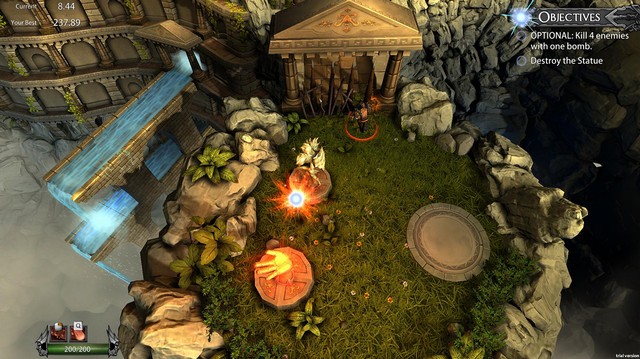 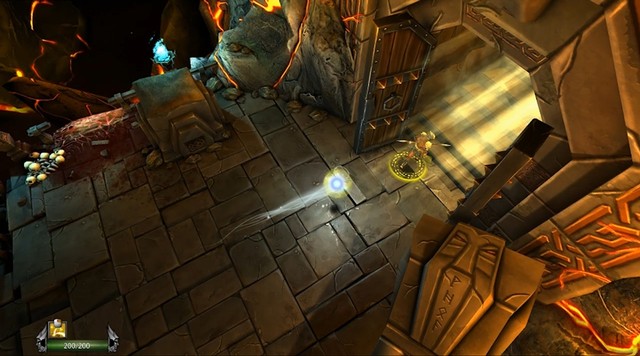 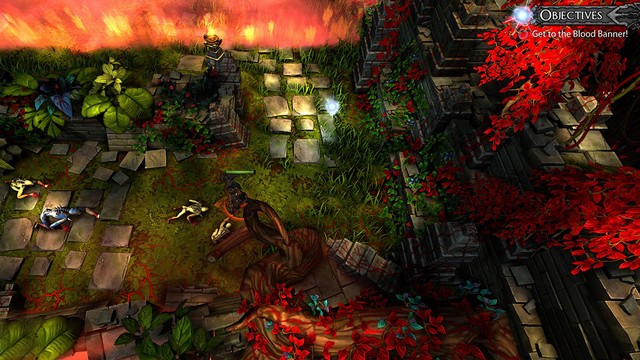 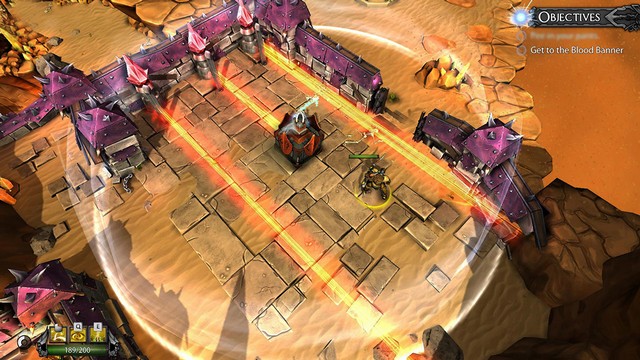 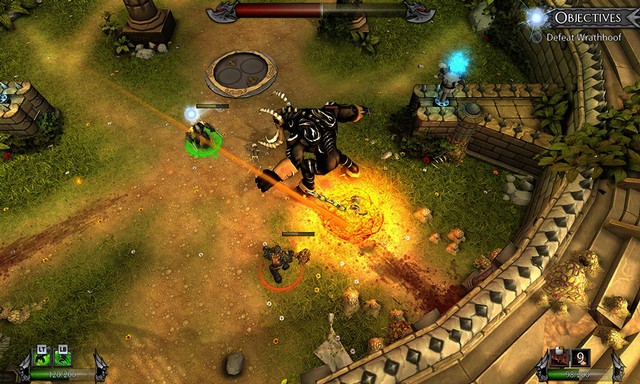 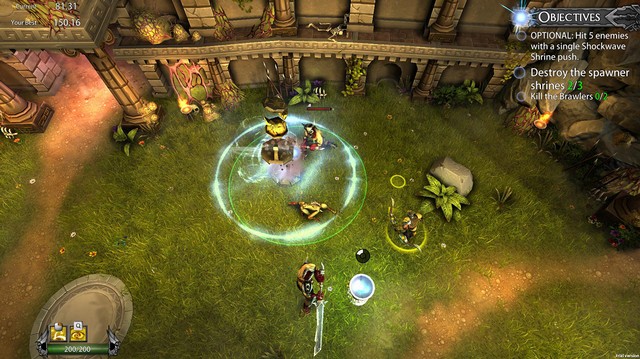