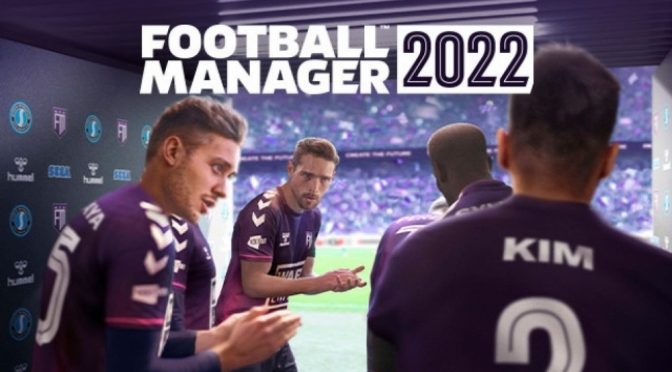 Football Manager is one of those rare games that caters to a specific type of mind. The people that study statistics and imagine classic teams matching up in their heads are a unique breed. These types are typically found playing stat-heavy baseball games such as Out of the Park Baseball, Franchise Hockey Manager and others. While it’s certainly not everyone’s cup of tea, playing statistical games scratches the itch of wanting to know if Beckham’s 1998-99 treble winning Manchester United could beat Messi’s 2008-09 treble winning Barcelona. It’s the matchup dreams are made of, right there on your computer screen! Or is it? 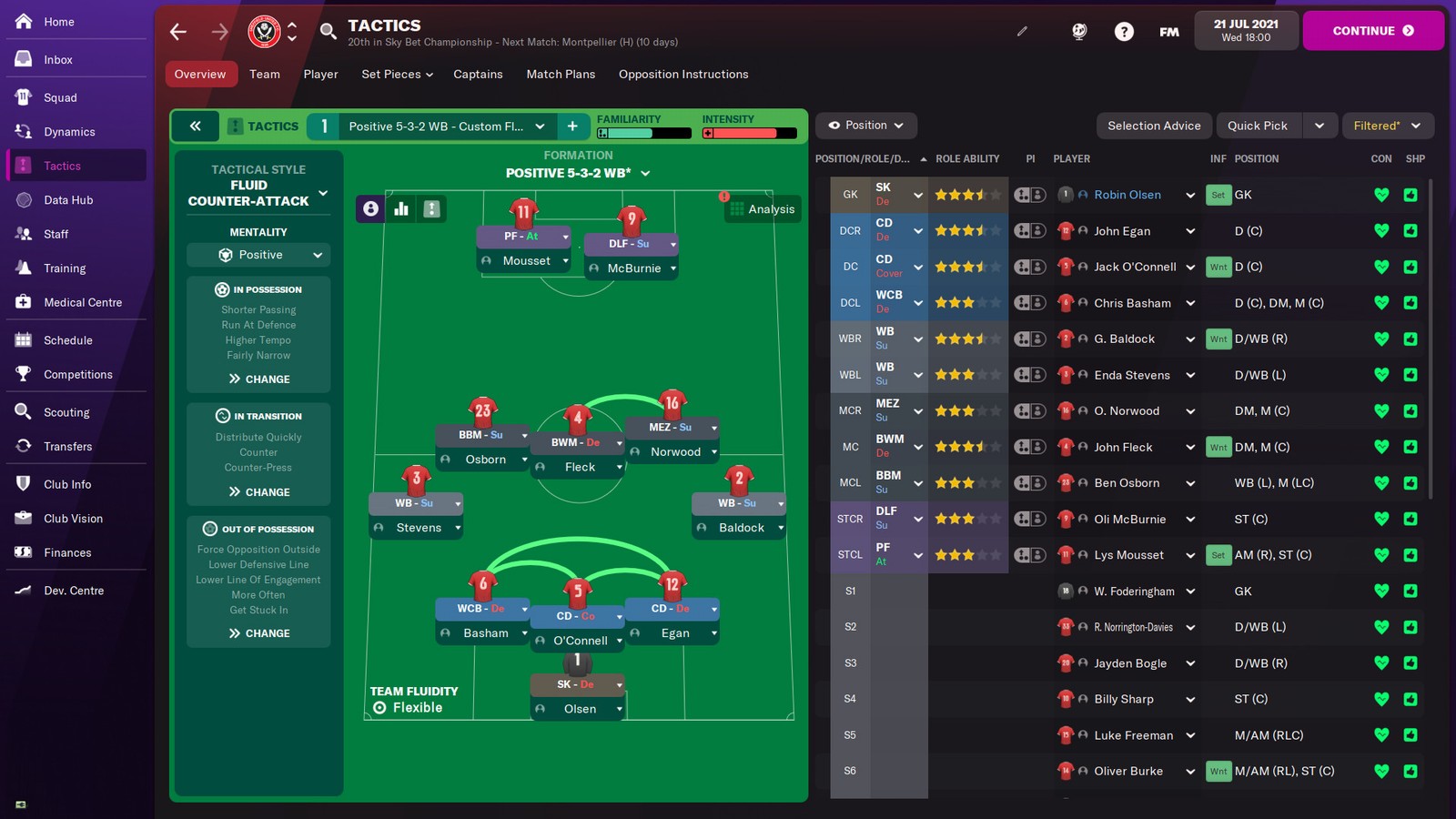 As with most statistical based games, FM22 doesn’t really even try to compete with the standard games such as FIFA and PES.  FM appeals to a specific audience, because the reality is 90% of the FIFA players don’t care about the minor little decisions that go into running a club. FM22 appeals to the hardcore supporters who just want to tweak their favorite teams and see if they can do better than the real manager and get their own little slice of self-satisfying glory. Despite yearly efforts from EA Sports, Sega still owns the crown as the best football manager game in the world. Fortunately, I can say they still hold the crown.

To be clear, FM22 isn’t a huge upgrade over last year. But there really wasn’t much higher they could go. FM21 was great by most any standard, and though FM22 is a slight upgrade, it still brings the franchise closer to perfection. Improved AI and graphics bring the realism to another level. While it’s not up to FIFA 22’s standards of eye candy, FM22 certainly is best in the stats based game category. 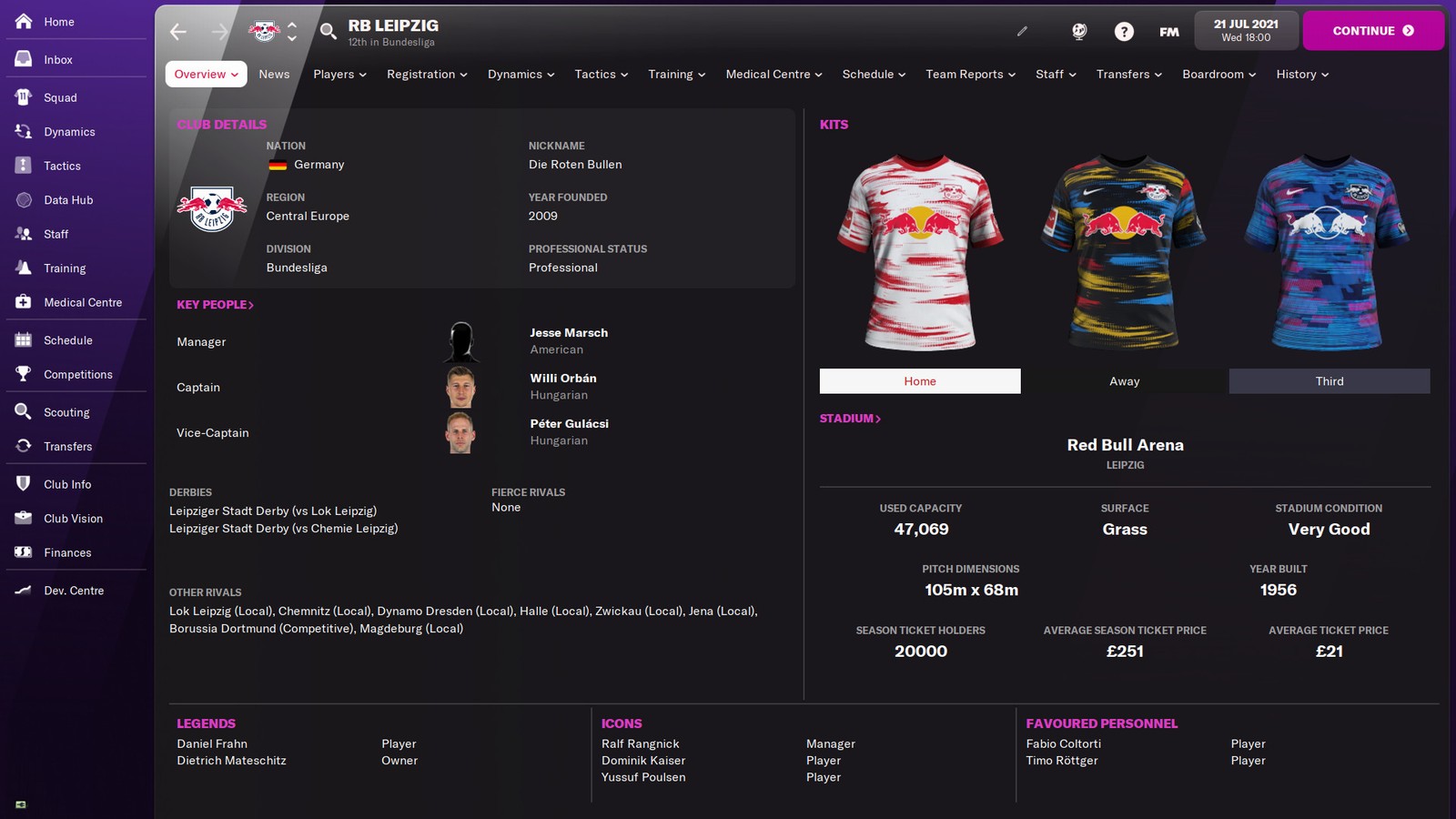 In FM22 you get to take over one of over 2,500 football clubs. There are clubs that seem to have a bottomless pit of money to pull from; however the real challenge is taking over a once great team and rebuilding them into a powerhouse. You get to find players, set tactics and develop a squad that does your town proud. This is one simulation where the little decisions matter.

You get to pick your management style, with each having it’s own set of consequences. You can automate some tasks if you don’t want to get bogged down in the minutia of daily decisions, however some people really get invested in building up a 3rd string bench warmer to a starter. Deciding what John Doe’s training regimen will entail every single session builds your investment in the experience I suppose, but it sure does eat up time. 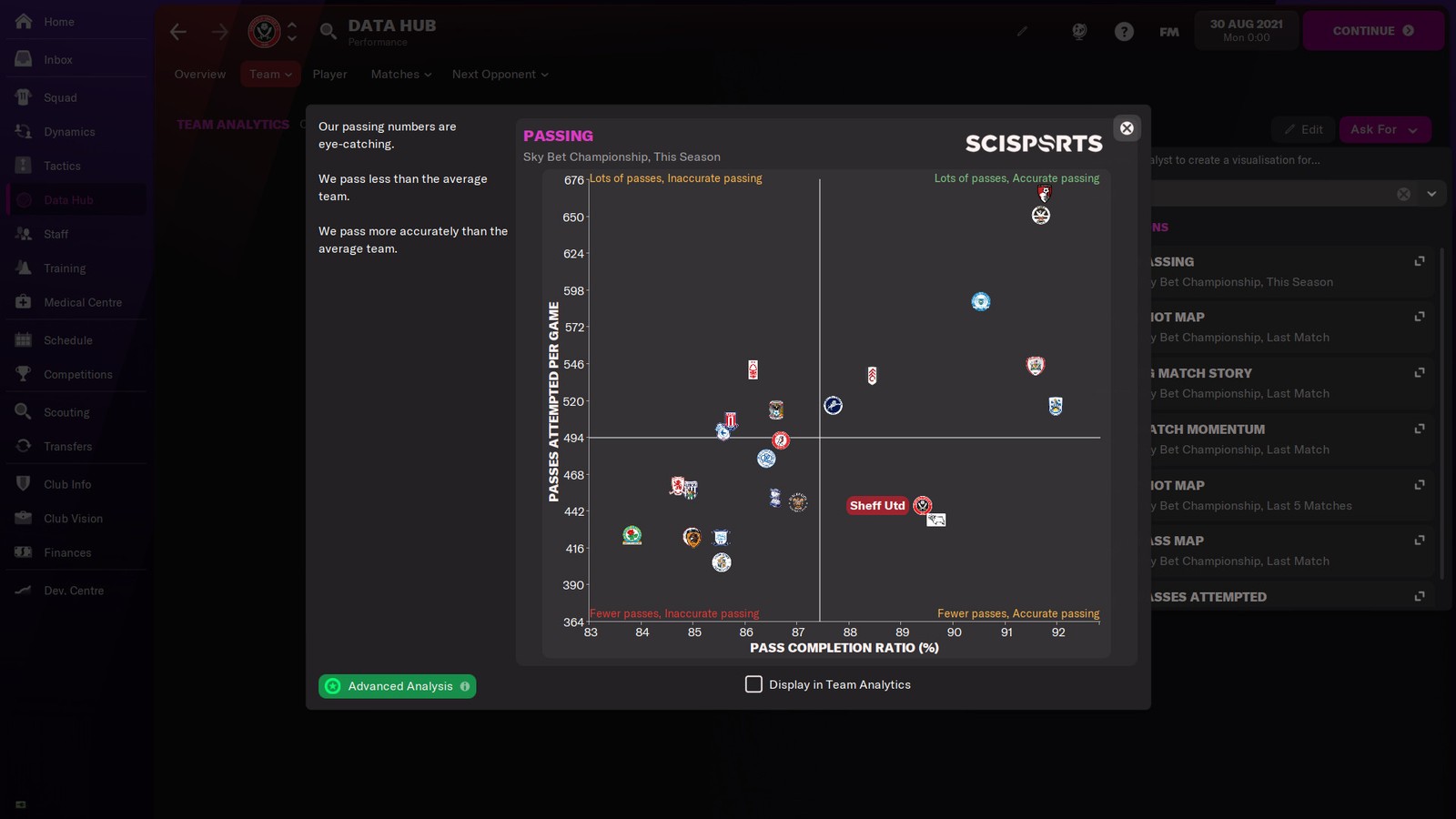 Have no fear though, there is a fairly extensive tutorial system that helps those who don’t want to spend hours looking at the myriad of charts and statistical data. Pretty much anything short of a player’s family tree is available to you so you can obsess over anything you like.

When you finally get into an actual match to see the results of your labors, it can be a slightly mixed bag. The graphics have improved over last year, but sometimes it seems that what you are watching in the player fitness charts don’t match up with what is being displayed on the pitch. The frustrating reality of poor player performance can be the result of any number of things. If they want to a new contract, any little interaction can set them off. Praising the team for a good game can even have mixed results. As it is in real life, the personalities, and how people interpret things, matters.  While I certainly love little details, FM22 is amazing in its complexity but can be way overboard for my tastes. 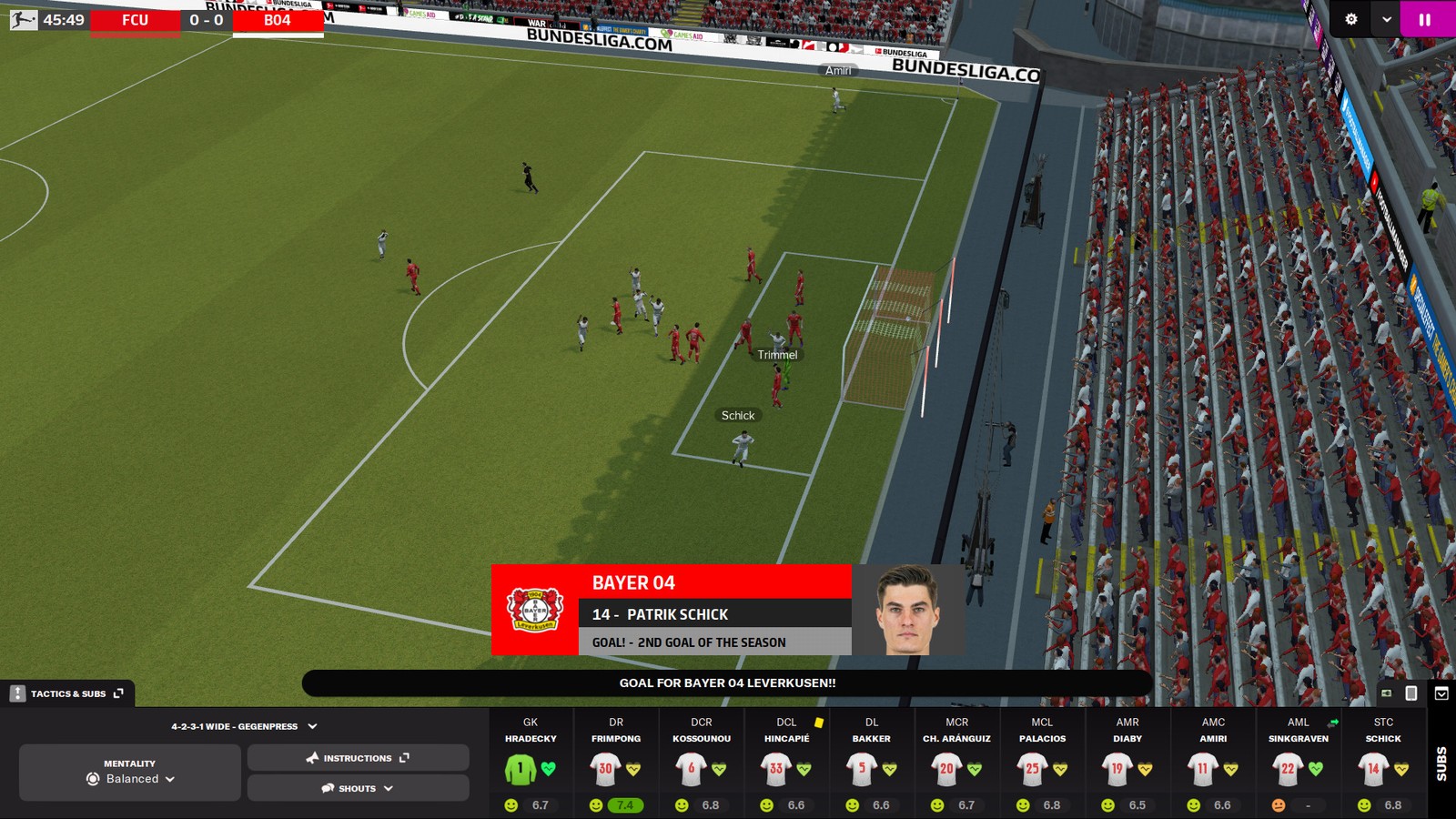 The initial interface for FM22 on a Macbook Pro is incredibly small. I mean almost illegibly small. I eventually figured out how to improve the system menus and other tweaks but the initial install really shouldn’t be like this.

The amount of players you have loaded can have a huge impact on your system requirements and loading times. If you just have the European teams loaded it’s much better than having the entire 22,000+ database loaded. Unfortunately, that means the data on players in La Liga, MLS etc. won’t be tracked with anywhere near the level of detail, but for those with limited resources, this is a godsend so you can still enjoy the game. 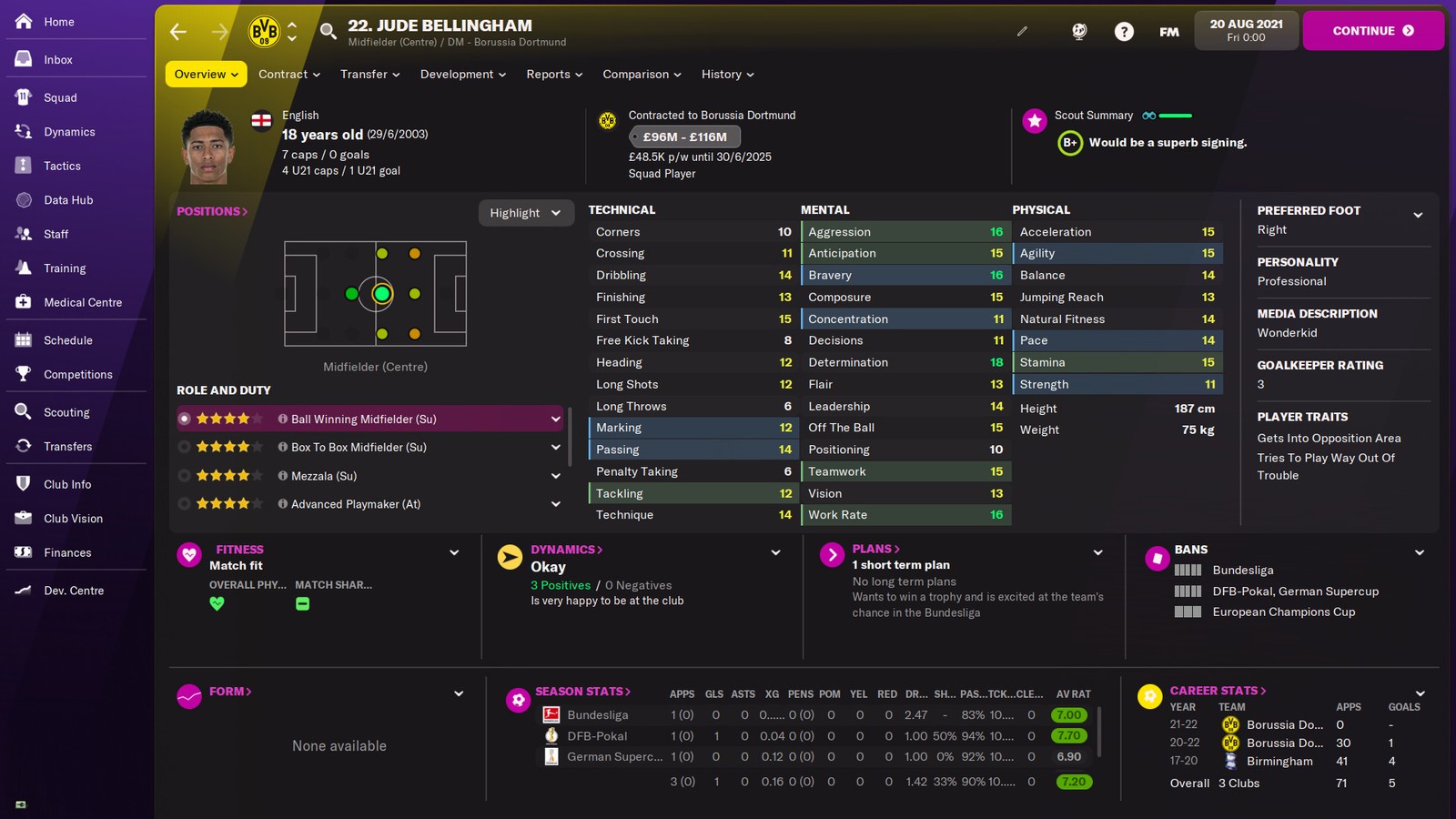 Now, as has been in the news lately, FIFA (the organization) has further enhanced their greed and are asking outrageous amounts of money for a license. Many clubs and FIFPro (the player licensing organization) are following their example. The result is the somewhat limited number of officially licensed leagues, teams, logos, players and kits. As with PES, Football Manager has done an excellent job providing the tools to fix and customize existing teams or create your own.  Enter: Football Manager 2022 In-Game Editor.

The FM22 In-Game Editor is a $7.99 (Steam) add-on that lets you edit existing teams or create your own.  I could spend days setting up all my favorite teams over the years, but even if you are not into all the data entry and research, other people are, and have made available hundreds of databases. Everything from the basic ‘corrected names/crests’ to a full out list of all-time great teams are available to download with a simple Google search. 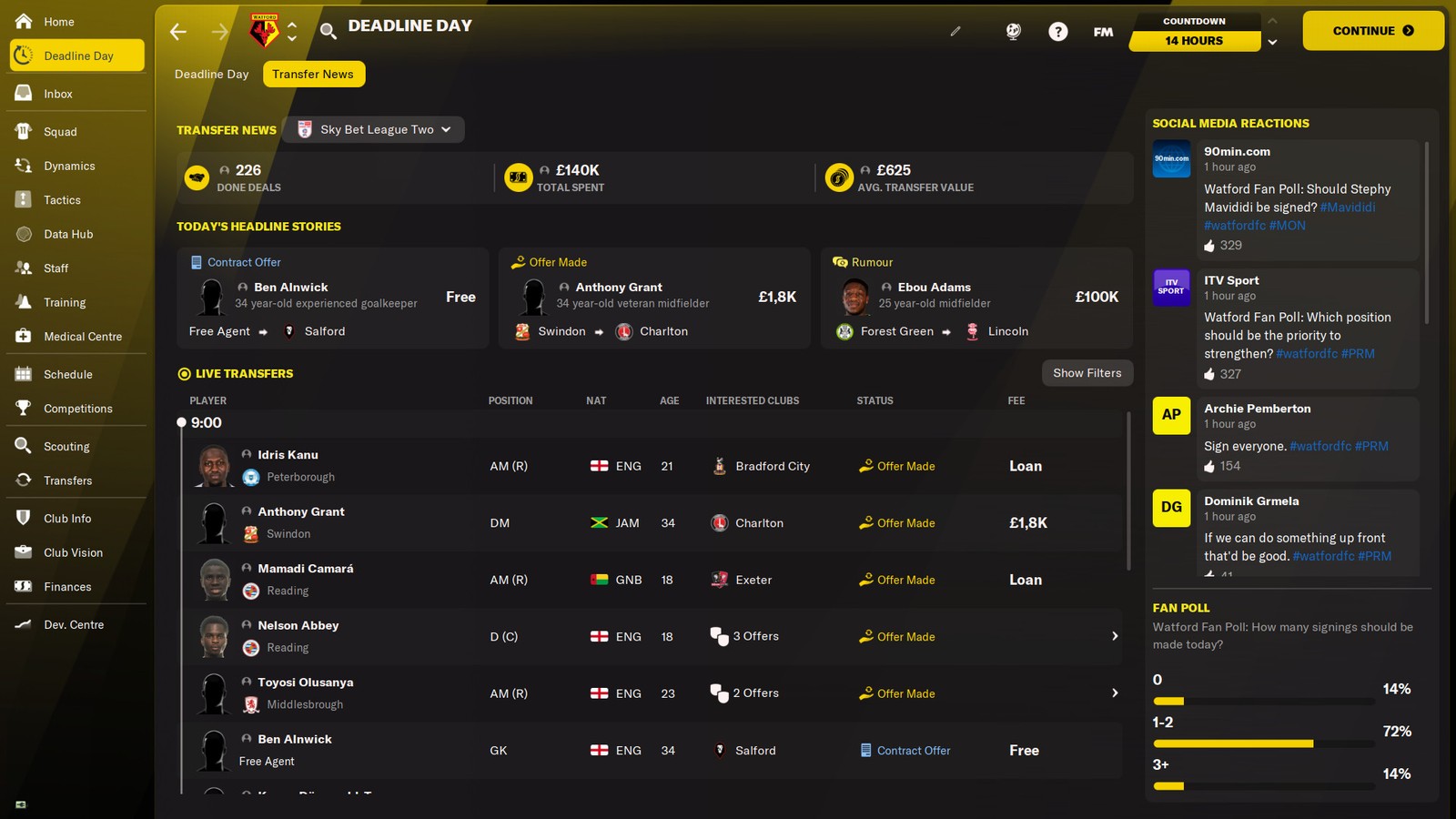 FM22 is by far the most advanced football manager simulation available. While it may not be worth an upgrade from 2021, it does provide significant improvements over any ‘non-pandemic year’ version.  Both the Windows and MacOS versions require at least 7GB of free space to play, which on the surface seems a bit excessive, but once you get into the meat of FM22, you’ll quickly realize the level of detail Sports Interactive went to for you to realize your football management dreams. Football Manager 2022 will be your favorite statistical simulation game in no time and before long you’ll wonder where all your time went.