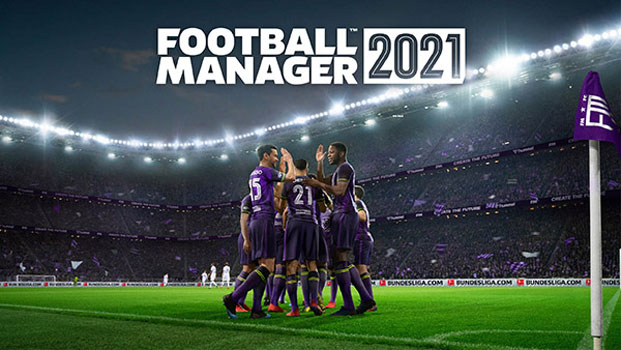 Football fans can finally mark the date in their calendar – Football Manager™ 2021 will be released on November 24th on the Epic Games Store and Steam. This year the FM series will be available on more platforms than ever before including a return to Xbox for the first time since 2007.

FM21 is the follow-up to Sports Interactive™ and SEGA®’s record-breaking FM20 which has just enjoyed a hugely successful free to own period on the Epic Games Store. From today until launch, fans who pre-purchase FM21 (for PC and Mac), from a SEGA approved digital retailer* will receive a 10% discount and the chance to kick-off their managerial career ahead of schedule with Early Access to FM21. Early Access will be available roughly two weeks prior to the official street date and single player careers started in that period can be carried across to the final game. Early Access will be available for the first time on the Epic Store, as well as Steam.

FM21 places a renewed focus on the role of the manager, adding more tools that allow managers to develop their personalities and prowess. New additions and game upgrades deliver unparalleled levels of football authenticity and extra layers of depth and drama. We’ll be unveiling features and licensing updates from early October across the Football Manager social media channels and the Football Manager website.

Sports Interactive’s studio director, Miles Jacobson: “Football Manager 2021 is a historic release for us as a studio. We’re bringing FM to more platforms than ever before and giving more people the chance to manage their favorite club – whether that’s on their PC, from the comfort of their sofa or on their phone or tablet.”

For the first time in over a decade, Football Manager returns to Xbox. Releasing before the end of the year, Football Manager 2021 Xbox Edition is a specifically tailored version of the game – modelled on the popular Touch series – that has been fully customized for optimal performance with the Xbox controller.

Full feature and functionality information will be revealed on the FM social channels in early November.

Football Manager Touch (on Epic, Steam, Nintendo Switch™ iOS and Android) and Football Manager Mobile (on iOS and Android) are coming soon. As in previous years, FM21 Touch on PC and Mac is available both as a standalone game on Epic Games and Steam and free for anyone who purchases FM21 for Steam or Epic Games. FM21 Touch on Nintendo Switch™ will join the squad in December and release details for other platforms will be revealed via our social media channels in October. Full feature information for both Mobile and Touch can be expected in early November.

For more information on the FM21 series on all platforms, visit www.footballmanager.com