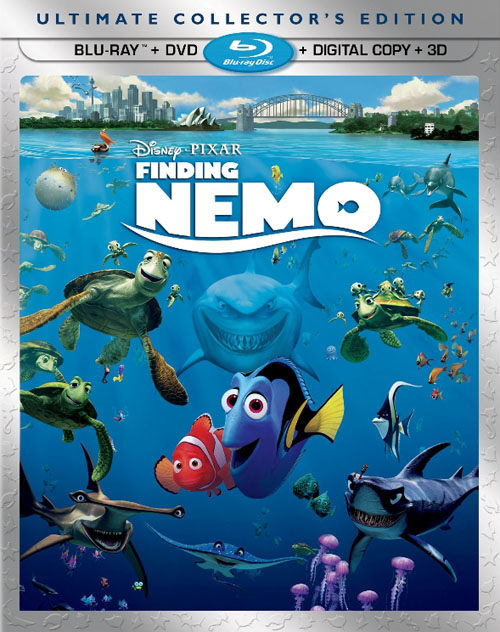 I’ve been waiting for Finding Nemo to show up on Blu-ray ever since the format was confirmed as the next industry standard. I’ve watched as Disney worked their way through their legendary “vault”, rereleasing their classics in HD, and now they are just beginning their second pass through the vault updating select CG favorites into 3D, not just for home release, but even theatrical engagements to the delight of a whole new generation of kids. Finding Nemo 3D swam into theaters a few months ago, so I knew the Blu-ray release was inevitably close,and just in time to stuff in that Christmas stocking (assuming you can wait that long to watch) is the impressive 5-disc Ultimate Collector’s Edition of Finding Nemo 3D and yes…it was worth the wait.

As with any Pixar movie there is a poignant story lurking beneath the pixels. In this case it centers on a young fish named Nemo (Alexander Gould) and his overly-protective single father Marlin (Albert Brooks). This relationship does a surprisingly good job of mimicking most any human adolescent struggle to seek their independence and pushing the boundaries of parental rules, but in Nemo’s case, his disobedience gets him captured, taken from his home, and ultimately lands him in the aquarium of a dentist’s office in Sydney, Australia.

Finding Nemo then begins a parallel tale that follows not only the adventures of Nemo and his new fish tank friends, Bloat (Brad Garrett), Bubbles (Stephen Root), Gill (Willem Dafoe), Peach (Allison Janney), Gurgle (Austin Pendleton), Deb (Vicki Lewis), and Jacques (Joe Ranft), but also the much more exciting and dangerous quest of Marlin to find his missing son. With only the name of the city and his new companion, the absent-minded Dory (Ellen DeGeneres), Marlin sets off in search for his boy. 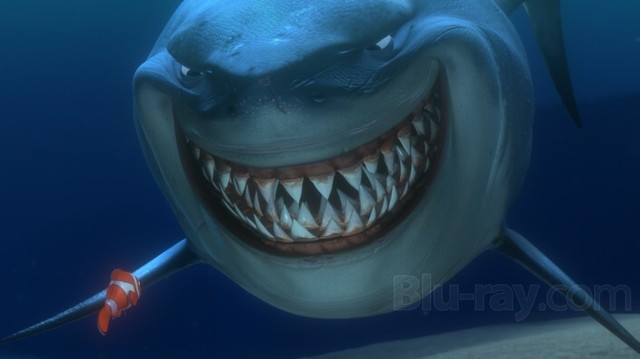 Marlin and Dory’s adventures quickly become the forefront of the film as they meet all sorts of interesting characters including migrating sea turtles and even some sharks who have formed their own support group in order to try and stop eating other fish. Obviously, their trip is long and fraught with danger, which provides ample opportunities to cut away to Nemo and his friends for some of the more comical scenes as they plan their own elaborate “prison break”.

Pixar created pure magic with Finding Nemo, magic that looks just as good today as it did a decade ago. Whether you dive into the 1080p AVC 2D version or the 1080p MVC 3D experience (yes…it is an “experience” in 3D) you won’t be disappointed in this flawless Blu-ray release that rivals any of their more modern projects. The very nature of the film with its bright colors and contrast of underwater lighting and every variation of the color blue in the spectrum is a spectacle that will make this the new reference material for your home theater. While the main characters have all been tweaked to include features that allow for a more humanistic approach to animation and conversation, any creature that is merely there for background purposes (like the jellyfish or the massive whale) looks completely authentic.

The 3D blew me away in the theater earlier this year and it remains just as impressive, perhaps more so, at home. Creatures seem to swim right out of the screen while the scenery seem to push through the back of my flat screen creating my own virtual aquarium – it’s the ultimate screensaver with a story. The 3D is so flawlessly integrated into the picture that it seems Pixar had designed this to be in 3D from the very beginning. There are no ghosting issues or other annoying anomalies normally associated with a 3D conversion, and Finding Nemo is one of the few movies that may just look better in 3D than 2D. 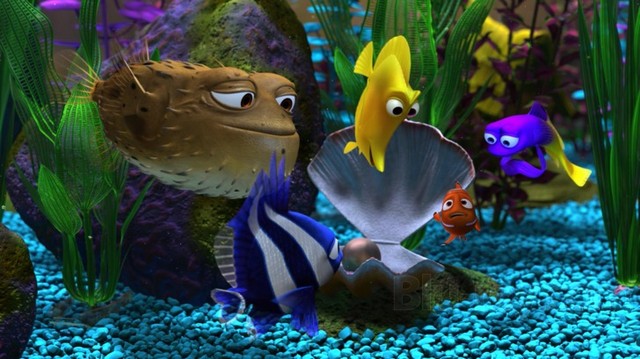 Disney has long since mastered their sound design and is one of the few studios that almost guarantees I get to use all 7.1 channels with each new release. Finding Nemo 3D does not disappoint and delivers a masterful Dobly TrueHD 7.1 experience that will dance around your living room in delightful aural perfection. Unlike any move in my collection, Finding Nemo has some of the most active side and rear channel use ever, and not just for positional sound, but to create that unique underwater sensation of reverb and occlusion. This is one of the first sound designs that demands a full 360-degree panoramic screen from start to finish. Even my subwoofer got a good workout with plenty of exciting moments that made maximum use of LFE output. Dialogue was perfectly mixed, so you never missed a word, even when the sound effects and the magical score would seem to dominate.

Finding Nemo is loaded with sunken treasure when it comes to it collection of bonus material. This 5-disc set has a dedicated disc for the 3D version, a second disc with the 2D version and a few extras, and a third disc dedicated to all the bonus features that wouldn’t fit on the second disc. Disc four is your standard DVD with limited extras and the final disc includes your digital copy that will have you glued to your iPad or iPhone for countless hours – nothing like a retina display to properly showcase this incredible movie.

The collection of extras is impressive, even if a lot of them are simply the SD versions you may have already seen in the original DVD release back in 2003, but there are several in HD including some newly produced features for Nemo’s 10th anniversary. Disney has spoiled me and I was totally expecting a Second Screen experience, so I was mildly disappointed there wasn’t one, but that in no way detracts from the excellent Cine-Explore PiP commentary with Andrew Stanton, Lee Unkrich, and Bob Peterson, who go into thorough detail on the creation of this film while keeping it entertaining as well as educational. “Finding Nemo: A Filmmakers’ Roundtable” is an 18 minute retrospect roundtable discussion with Andrew Stanton, Lee Unkrich, Bob Peterson, Graham Walters, Ralph Eggleston and Oren Jacob created new for this release. “Reinventing the Submarine Voyage” is a 15 minute look at one of Disneyland’s most famous attractions. Disc two features wrap up with a few short items like “A Lesson in Flashbacks, 3 minutes of Deleted Scenes, the Pixar short, “Knick Knack”, and 6 minutes of various trailers and coming attractions including Monsters University and Planes. 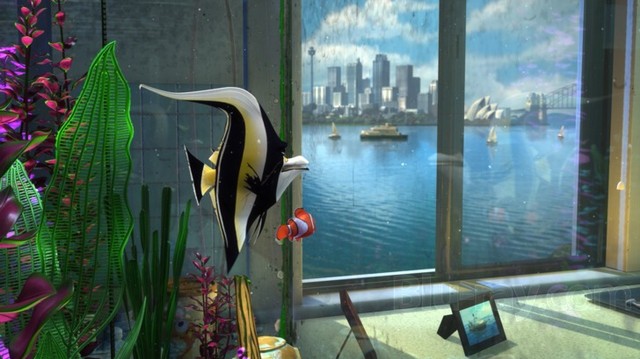 Moving on to disc three we find the bulk of the 2003 extras starting with the 26-minute Making Nemo, the 7-minute Exploring the Reef with host Jean-Michel Cousteau, a 9-minute Art Review with Ralph Eggleston, Ricky Nierva and Robin Cooper, a 5-minute Studio Tour that will make you want to work at Pixar more than ever, a 9-minute collection of extras called Old School, 6 minutes of Deleted Scenes, 2 minutes of Outtakes, and 13 minutes of PR features such as trailers and promos. The final extra on the third disc is Mr. Ray’s Encyclopedia, a delightful and educational interactive resource with all sorts of fishy facts and video of the real sea creatures that inspired this film.

Spread across the first three discs are various looping screensavers that will turn your TV into an impressive aquarium – no fish food required. There is a single screensaver on each of the first two discs and the third disc has no less than six virtual aquariums that feature their own setting and specific type of marine life. My only regret is that there is no way to store these in my TV and play without the disc; otherwise they would be playing whenever I wasn’t watching something.

Finding Nemo took forever to get to Blu-ray but it was worth the wait. With an incredible 2D and equally impressive 3D experience, not to mention one of the best sound mixes in their library, and a huge collection of extras, Finding Nemo is the must-own Blu-ray of the season. Kids will marvel at the enchanting characters, mom will love the story about family, and dad will have a new reference disc to show off the home theater. Everyone is a winner when you add Finding Nemo to your home video collection. 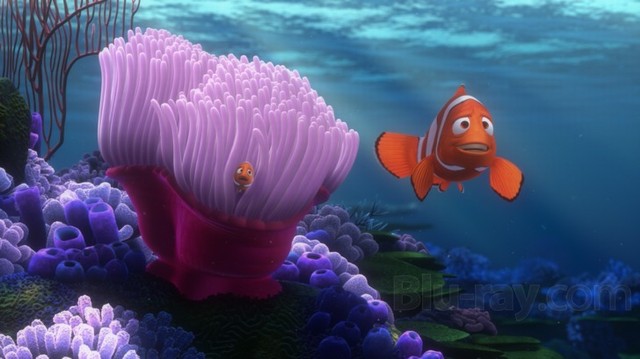 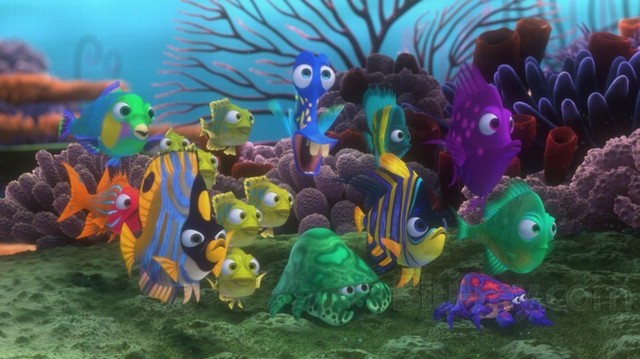 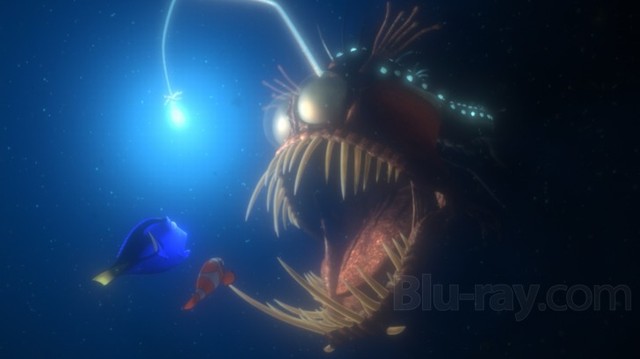 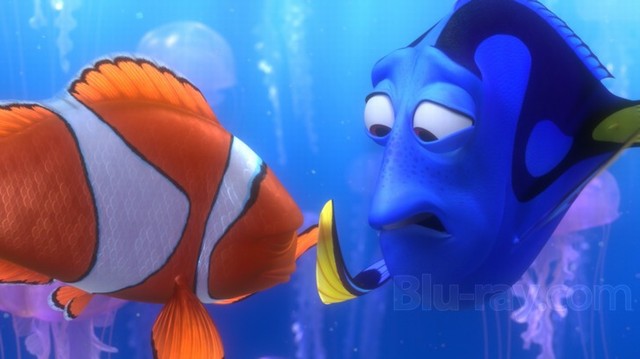 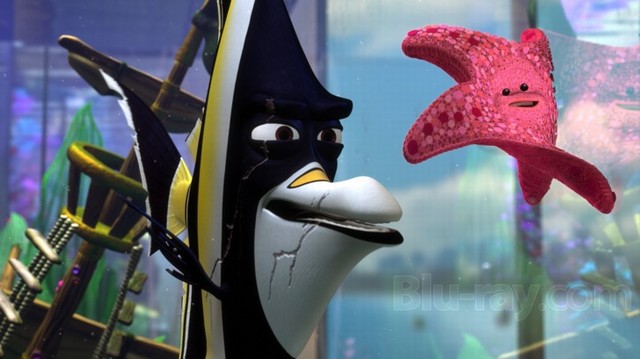 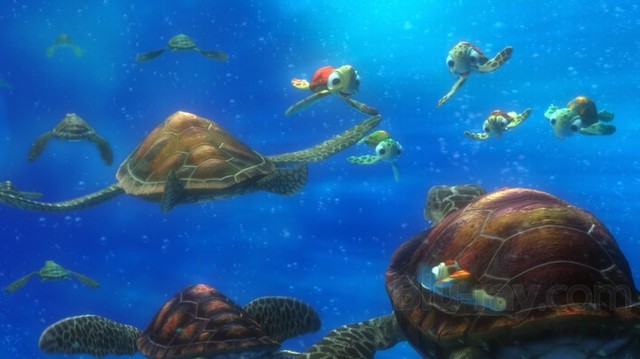 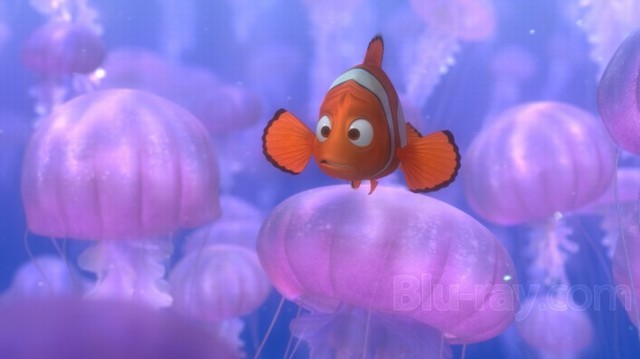 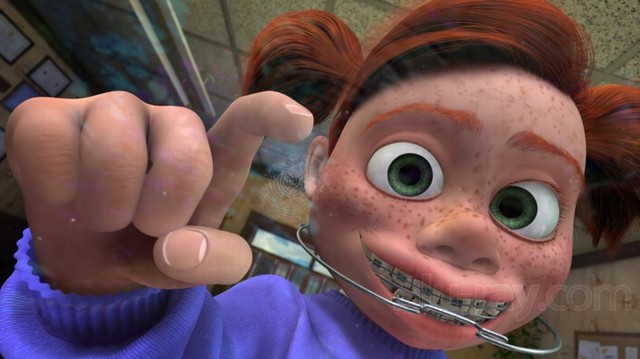 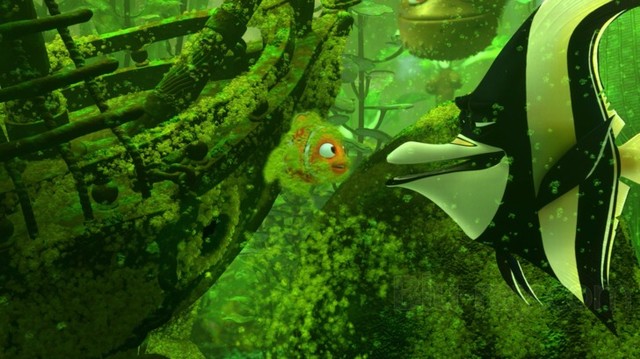 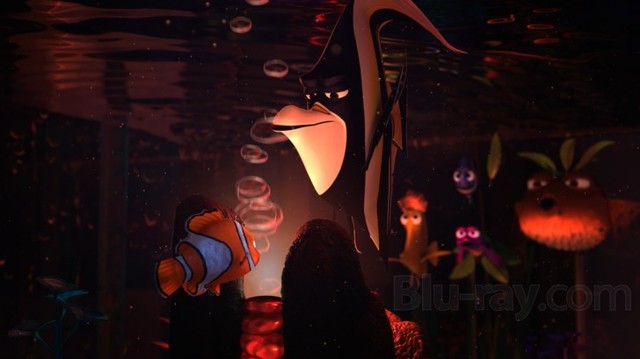 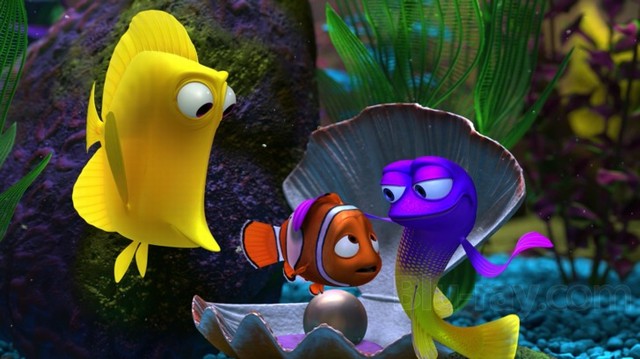 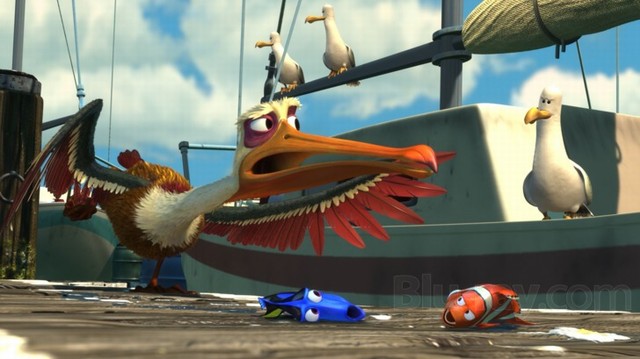 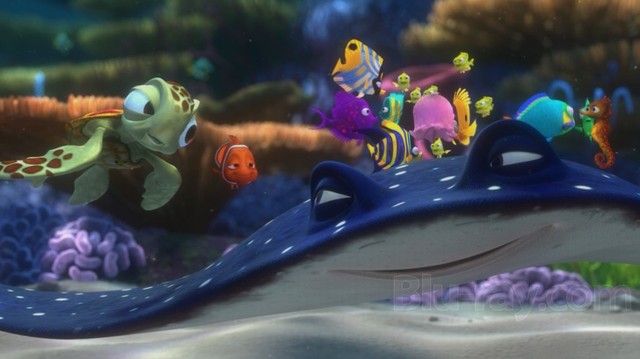