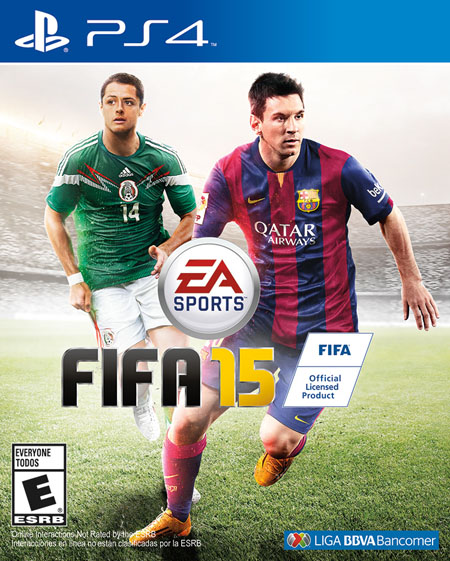 Those three words are considered internationally to be the embodiment of the worlds’ most beloved sport – soccer. In their native Portuguese language these three words translate to The Beautiful Game, which has been used to decades to describe the complexity and fluidity of the game that has the whole world spellbound.

In the world of gaming the term “O Jogo Bonito” been never been more appropriate than it is right now with EA Sports’ newest addition to their popular FIFA Soccer franchise, because FIFA 15 truly is one beautiful game.

EA Sports’ FIFA series has always been top shelf in terms of visuals and gameplay – heck, my copy of FIFA 96 for the original PlayStation is still as playable and enjoyable today as it was back in 1995. But as the first in the series to be developed purely for the current generation of consoles, this PS4 version of 465-FIFA 15 is a visual marvel – and not in the sense of window dressing that just makes it look prettier, but visual improvements that actually affect, and improve, the overall gameplay experience.

Right off the bat, the player models are outstanding, with all new levels of realism brought about not only by the authentic staining of the uniforms (and players) with grass and mud, but also from the fluidity of their movement as they switch direction and run out into space. Regardless of what camera is used, the player movement never hitches or falters, even with all the simultaneous movement onscreen. 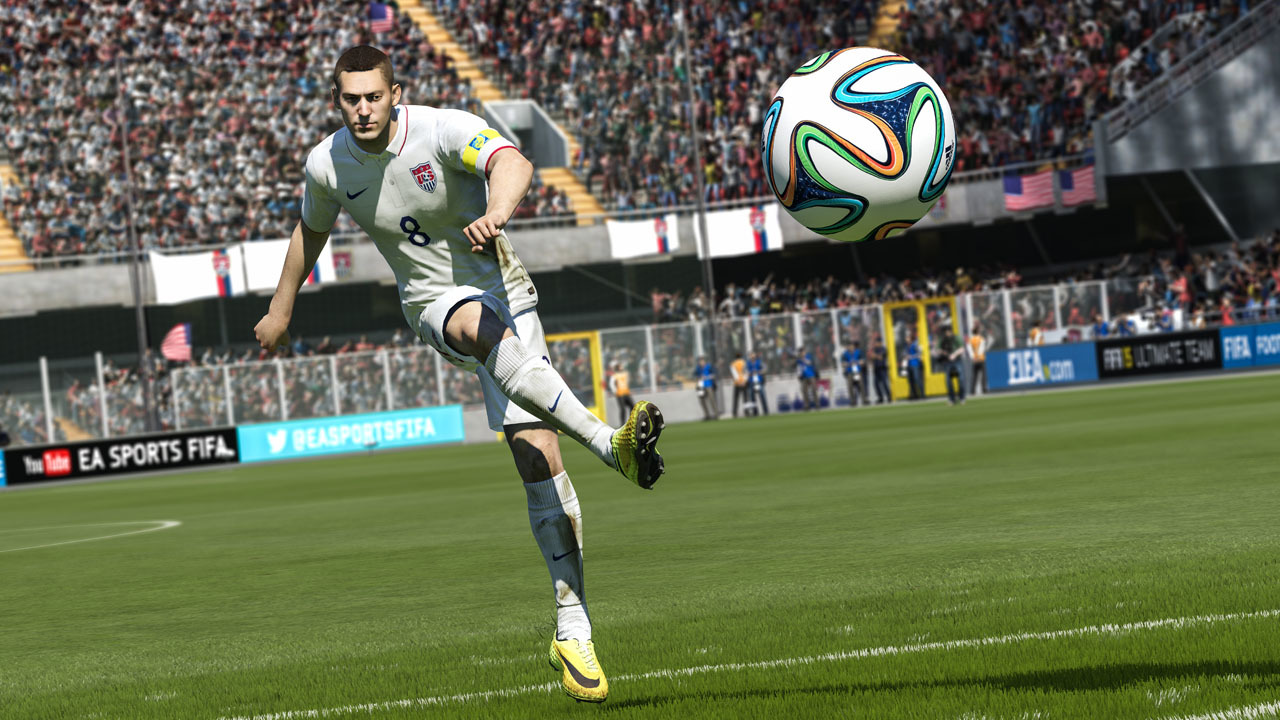 FIFA 15’s beauty touches every aspect of the game, whether it’s the accurate international arenas, the gorgeous lighting and shadowing on the field, or the incredibly detailed fans in the stands – more now than ever FIFA 15 looks like an actual FIFA television broadcast. The presentation is further enhanced with the frequent (yet seldom annoying) in-game replays, and mostly excellent commentary from series stalwarts Martin Tyler and Alan Smith.

EA also introduces their new “Emotional Intelligence” mechanic, which has AI-controlled players reacting accurately to the drama and emotion played out on the field. This emotion carries over into the improved Team Mechanics, which will change the play strategy based on the overall emotion of the situation.  Yes, this is not unlike the typical “momentum” mechanic, but it is done on a realistically grand scale.

For example, if a team is down a goal or two, the players very well might react by turning up the heat. If that same team is up, they might hunker down, and “park the bus” as they say by going all-in on defense, stacking players in front of the goal to eliminate any chance of an equalizer.  But then again, maybe they won’t – because it all depends on the situation.

Gamers have always been able to modify the pressure on the fly, but the Emotional Intelligence and Team Tactics seem more organic, as players no longer react in the same cookie-cutter method to every situation like they did in the past. The result is that the game is more realistic, as the AI seems to be, well…more human, for better and at times, for worse. 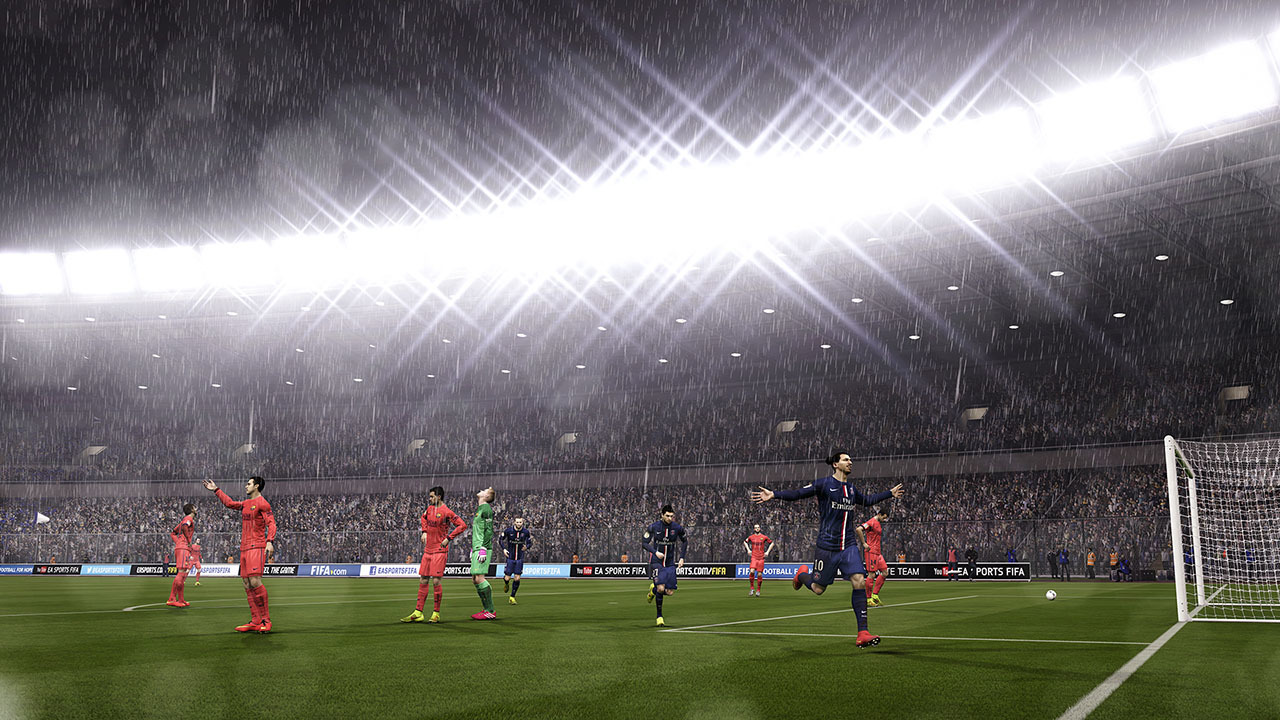 Emotion can drive players to make some fairly awesome moves, but it can also drive players to the point of recklessness. Having a teammate draw a red card in the midst of a heated contest is not the optimum strategy for winning a game – but it does happen in real life soccer, and it happens in FIFA 15.  This sense of unpredictability, of vulnerability, makes for a truly engaging gameplay experience.

This is especially noticeable in the Career mode, which gives gamers the option of playing through the eyes of a player they create from scratch and place him on a team. In this mode, gamers are given the option to play each game either as the entire team (with traditional FIFA control) or to play exclusively as their own created player in his fixed position.  It is in this “Play as Player” mode where the Emotional Intelligence and Team Tactics mechanics really shows their stuff, as  with its increased dependence on teammate behavior throughout the game really helps convey the energy of the game.

The excellent Career mode serves as the core of the game, but the true star is the newly improved FIFA Ultimate Team (aka FUT) mode. FUT combines the fantasy-style team management of Championship Manager, and adds to it the fast and exciting gameplay of the FIFA series for a hybrid that is as enjoyable as it is challenging.

With FIFA Ultimate Team, gamers who like to dabble in the minutiae of team chemistry, salary caps, and player loans all with the purpose of building the best team possible, are no longer relegated to the action-less simulation of the typical “Manager” style game. Yes, this is not FIFA Ultimate Team’s first appearance, but it has been improved in FIFA 15 with new options, not the least of which is the ability to pull players in on loan and conversely to loan players for profit. 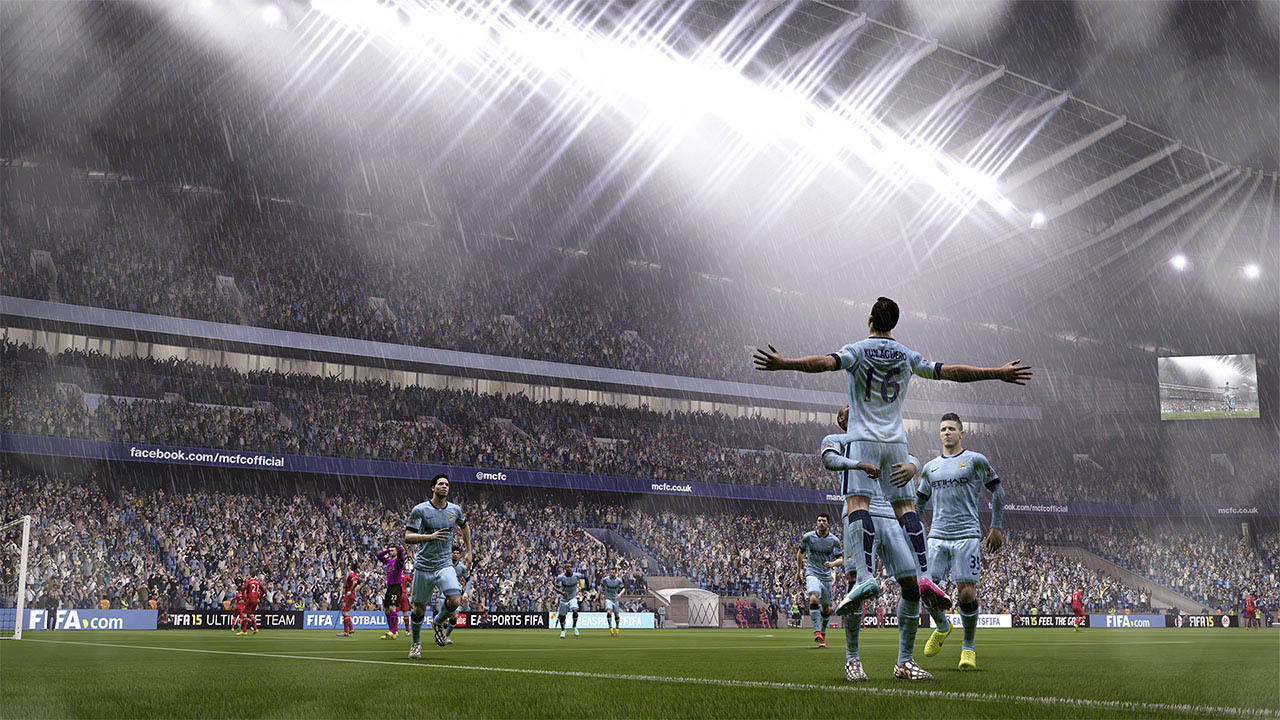 The Tournament mode offers up over 50 Cup tournaments panning dozens of countries and leagues including the newly added Turkish League. However, as EA previously released a World Cup edition earlier this year, there are no International tournaments to be found, although the National Teams are in the game in the very same rosters they were during World Cup 2014.  As a fan of the Netherlands, seeing Robben, Sneijder, and van Persie all on the same pitch together (where they belong) serves as a wonderful reminder of their incredible World Cup 2014 run.

Online play comes in a number of forms as well – with online Seasons, Pro Club, and Co-Op play (2 v 2). The games I played against gamers all over the world were extremely smooth, quick, and satisfying.  The Matchmaking feature did an excellent job of pairing me up against gamers of similar skill and team structure, and games were seldom a blowout on either part.

That’s not to say that there are not a few issues with FIFA 15. While the graphics are truly outstanding overall, there are still occasions of clipping in which players’ arms and legs pass through other players’ bodies. There are also times in which players seem to morph to new locations in a very unrealistic fashion.  These are not so noticeable in the actual gameplay, but they do appear in the replays and cutscenes, detracting slightly from EA Sports’ intended realism.

And then there is the commentary – which I mentioned earlier was “mostly” excellent, the reason being that the commentators seem all too hung up on constantly pointing all of the tidbits that go along with the new Emotional Intelligence and improved Team Tactics. I do like that the commentators now react to the emotion of the players and the crowd, but a little goes a long way.  Do I really need to hear about a player’s obvious anger after every stoppage, or of the crowd’s elation over the call – I know it adds to the sense of realism, but it also becomes a mockery of itself when overused.

Still, even with that handful of knocks, FIFA 15 marks a continued improvement of an already outstanding FIFA formula that EA Sports Canada has all but perfected over the years. PS4-owning fans of the franchise will definitely want to check out FIFA 15, a demo of which can be found in the PlayStation Store. 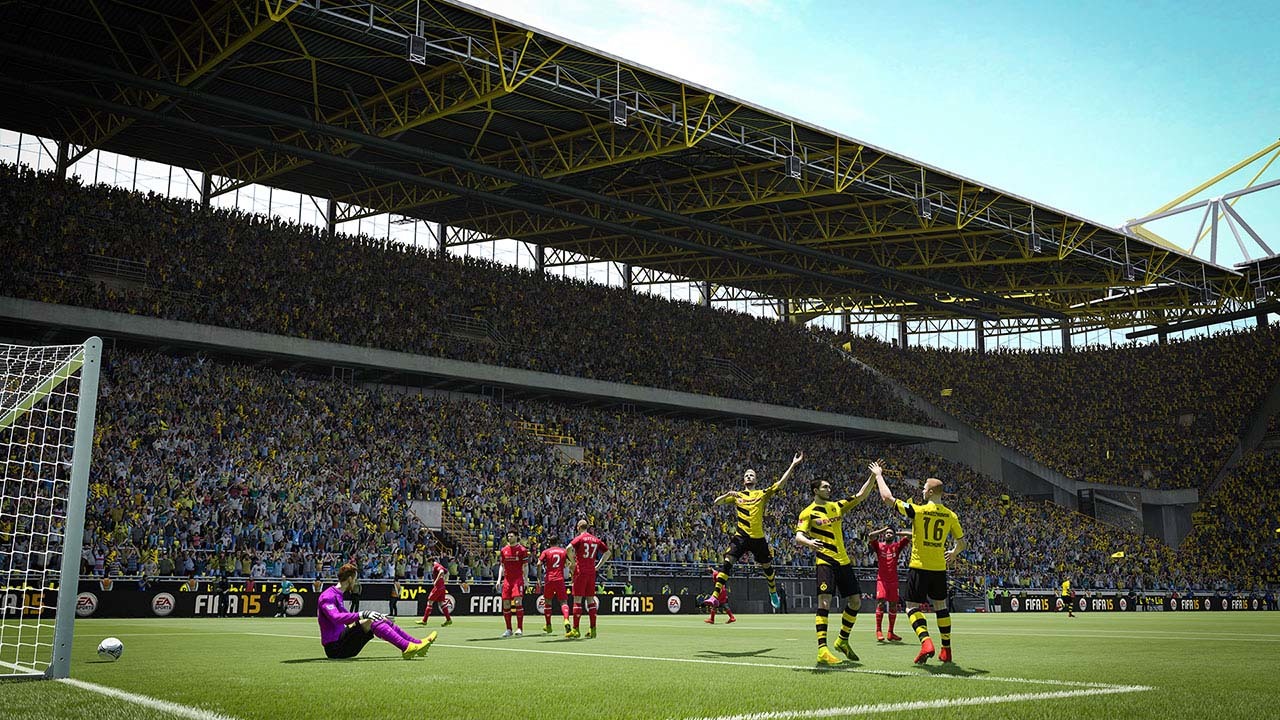 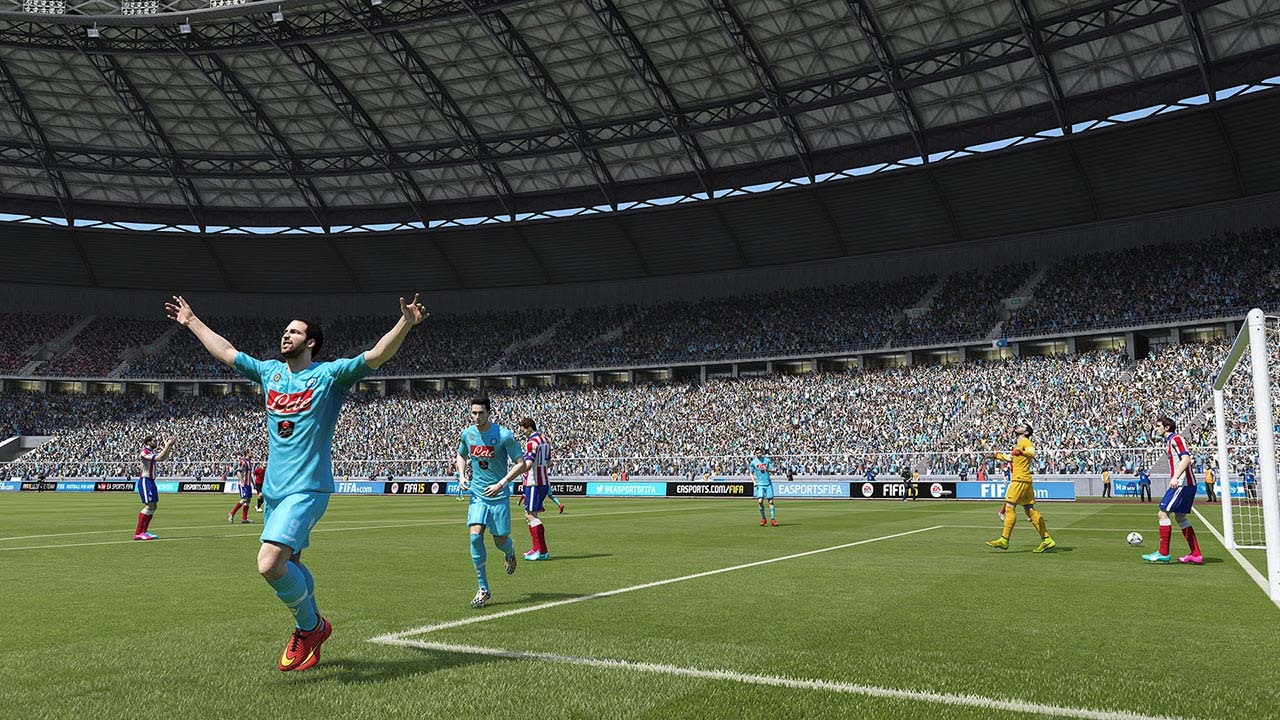 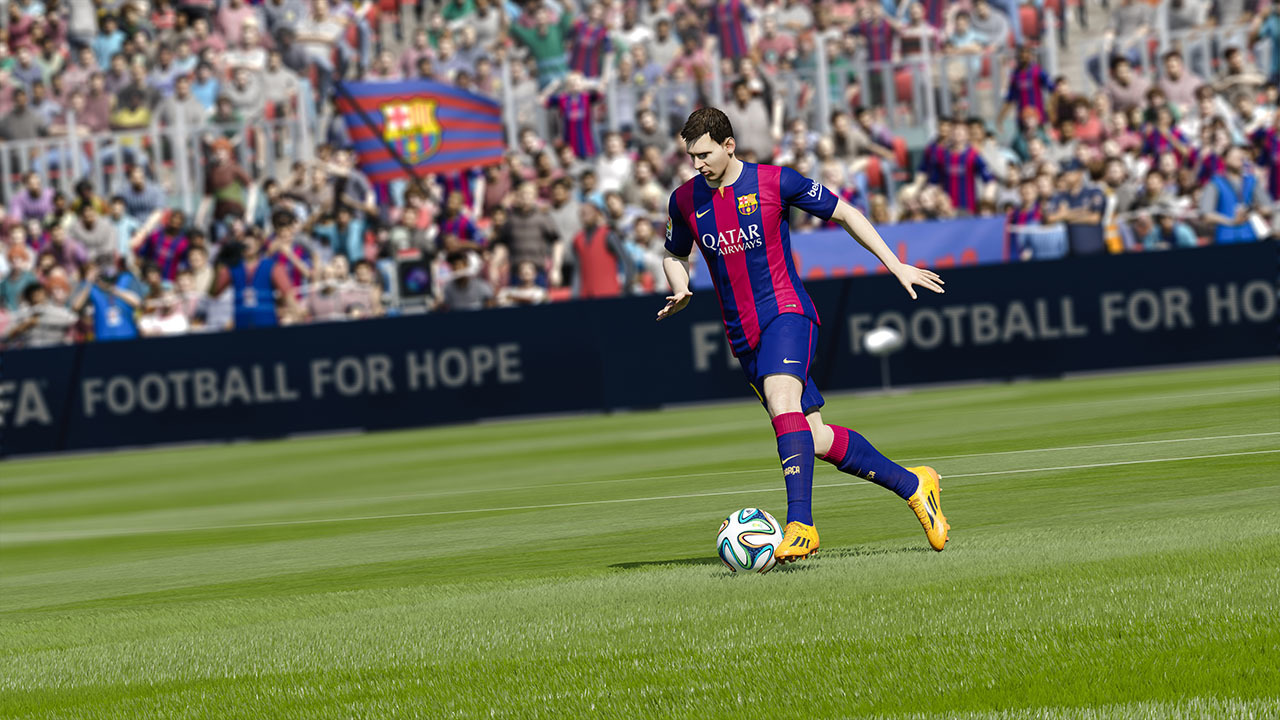 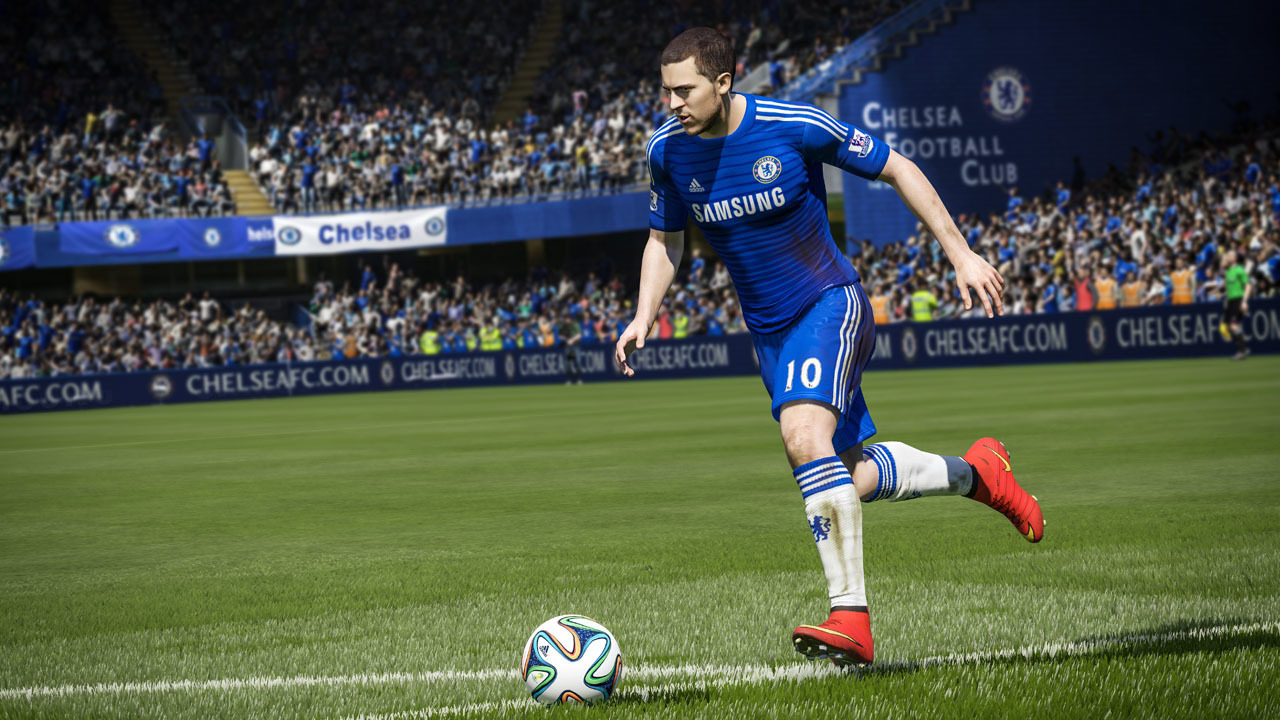 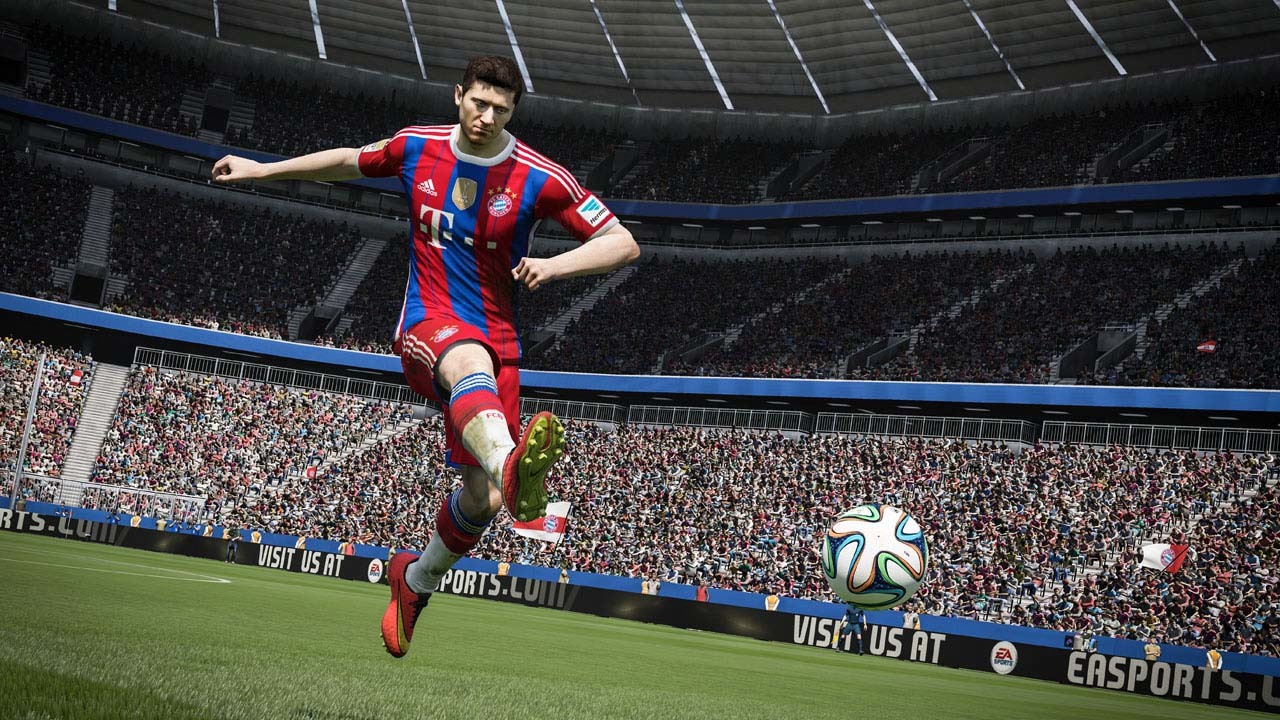 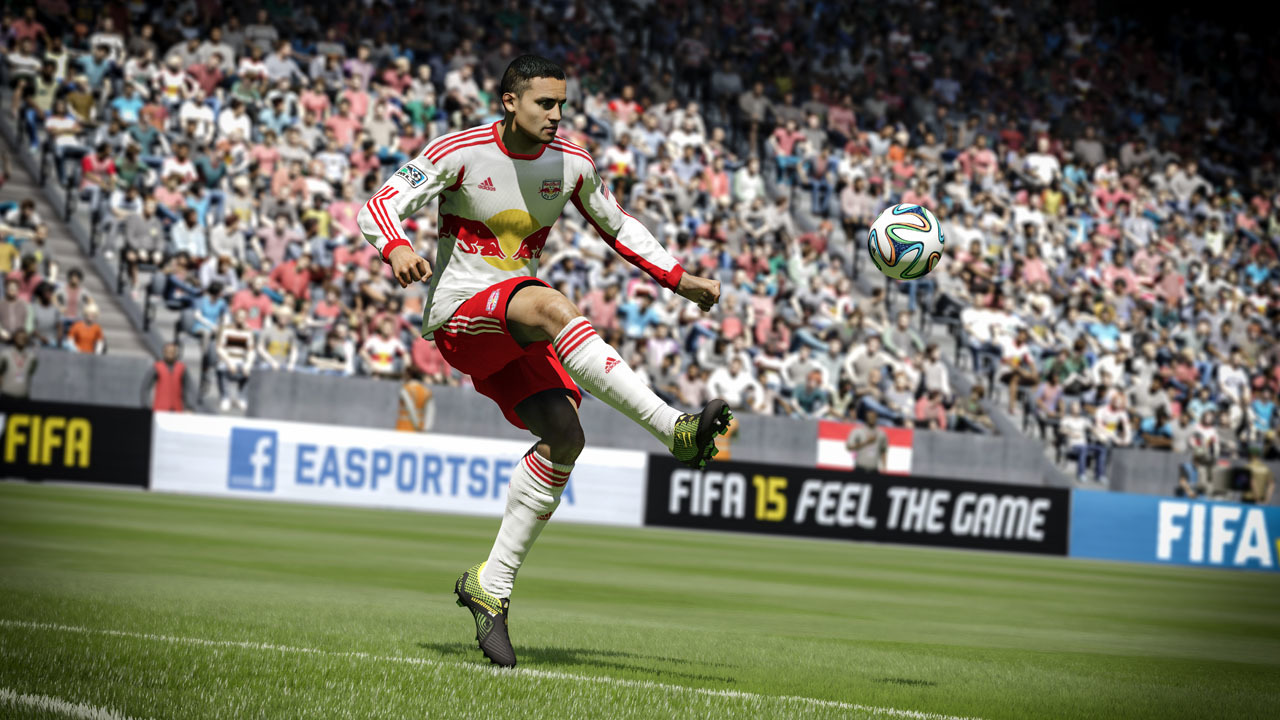