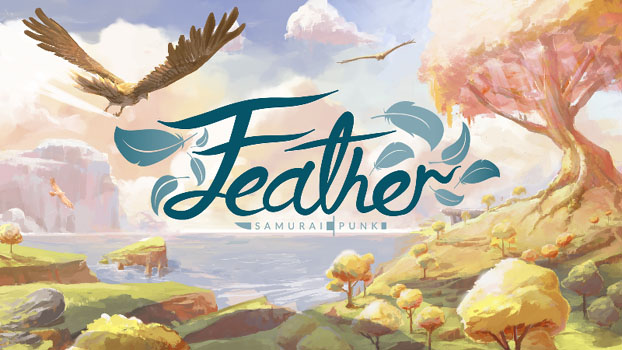 If you ask most people what their preferred superpower would be, chances are the majority of the answers would come back as either invisibility or flight. There is something inherently calming about the thought of being able to fly, and it is this feeling that developer Samurai Punk are hoping to harness with their new title, Feather. Identifying as a meditative, Zen-like experience, Feather gives the player chance to explore an island as a bird, taking in the various sights and hopefully relaxing into a flow state. 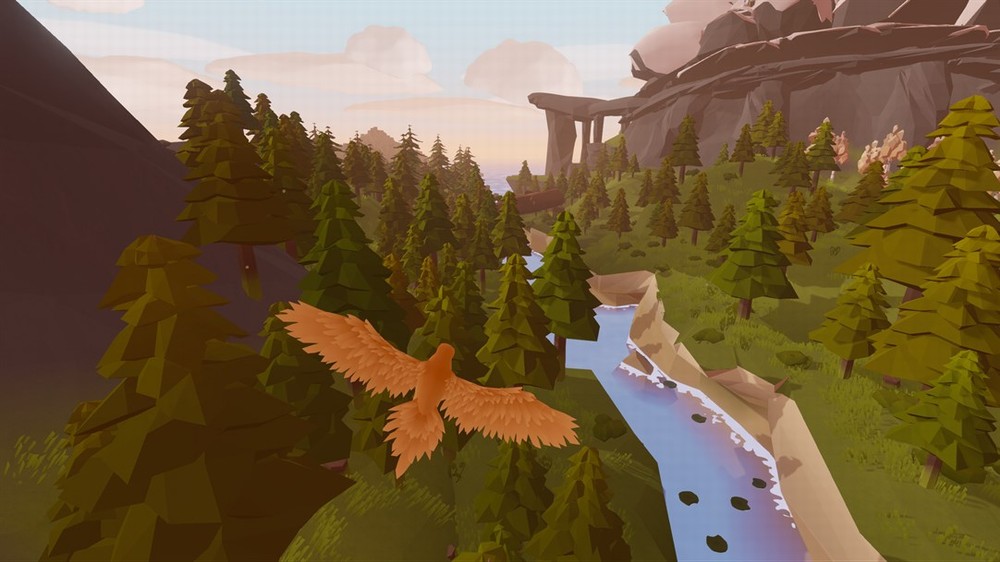 I initially found Feather a little confusing, as you load the game up and take part in a small series of tutorials and are then left to your own devices. There are no true objectives within the game, and though some of the achievements can give players a slight guide towards ideas of what to do, the true objective of Feather is to get the player to relax. In a gaming landscape where players are used to having their experience micro-managed and trying to manipulate every action to gain the optimal result, Feather’s lack of direction can initially seem more than a little startling.

As you fly across the island, you’ll start to notice that in each of the different biomes and environments, there are gates that you can fly through. These gates are some of the only marker points in the environment, and so your eye is naturally drawn to them. Flying through them can either change your bird into a different type (Gull or Eagle were my favorites) or can switch the soundtrack to a new song. Feather’s music is arranged by Mitchell Pasmans, and though I was previously unfamiliar with their work, the way that each piece of music fits with the on-screen visuals is truly impressive, and the fact that such a variety of different beats and musical styles can feel equally at home with the player’s actions goes a long way to allowing Feather to do what it does so well. 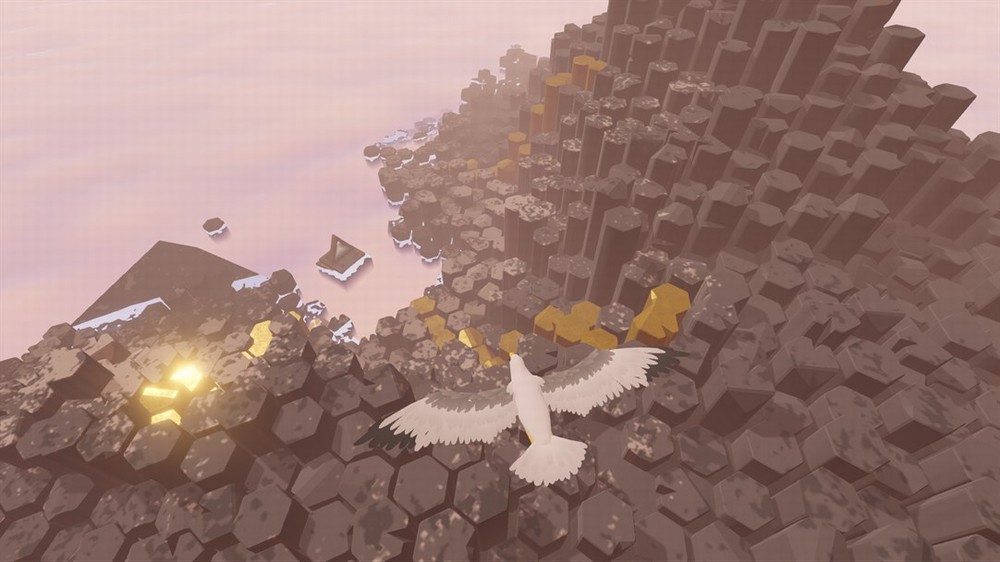 I spent a lot of my time with Feather flying up to higher locations to see what caught my eye, and then flying over to that location to see what stood out from a closer perspective. The island in Feather is visually interesting, due to both the art style and the variety of environments on offer, and this means that there is always something interesting to check out. You can following the course of a river, dive into caves and swoop through trees in a forest, and the lack of an overall objective means that you never feel like you’re missing out on something somewhere else on the map or that your efforts could be better spent doing other activities. Feather is an experience that is very much guided by your own hand and the absence of goals or markers makes for an oddly freeing game.

For me personally, I found that there was a definite sweet spot where I was enjoying playing Feather, and that that sweet spot was sandwiched between sections of wishing there was a little more guidance. That goes against what Feather is trying to be, but after a while of flying around, I was longing for a sense of progression or some element of change in the environment. With Feather being set on a single island, there is a limit to what you can see and how far you can explore, so naturally there comes a time where you feel like you have seen all there is to offer. It’s not that I stopped enjoying my time with Feather, but more like I felt that I had got what I needed from the experience, and so was ready to move on to something different. 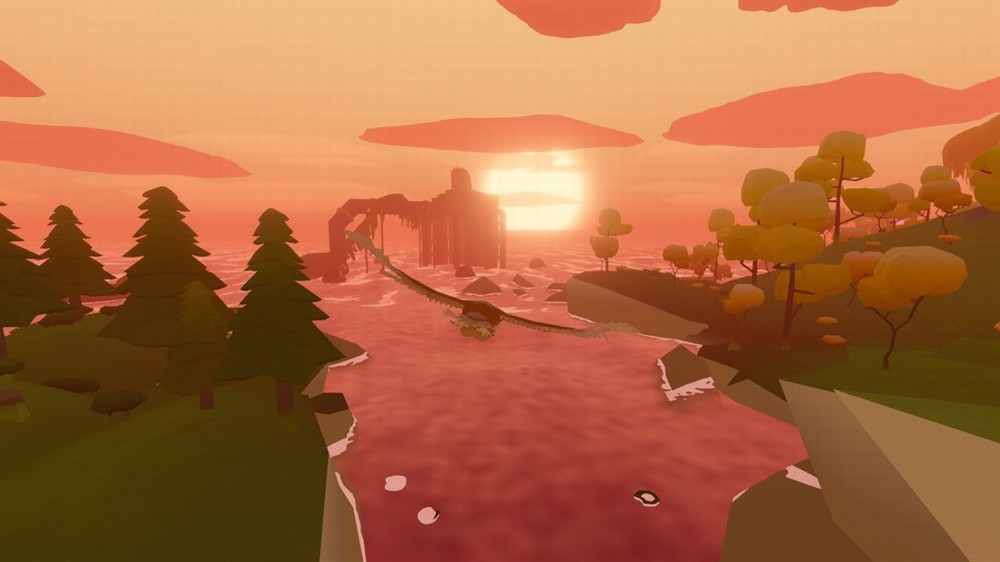 Feather is the kind of title that will surely be used in the discourse of trying to decide what a videogame actually is. There are player inputs, visual and audio feedback based around the players’ actions and an element of interactivity that you can’t get from other media, but there’s also a lack of other criteria that can be used to describe a game, such as challenge, progression and objectives. That’s not to say that Feather is unenjoyable or unworthy, as I had a good time flying around and would definitely recommend the experience for players looking for a degree of serenity, but I would also deliver said recommendation with a certain degree of caution with regards to what Feather actually is. Feather isn’t so much of a game as it is an experience, and so long as you now that going in, you’re likely to gain appreciation for what it is trying to do.