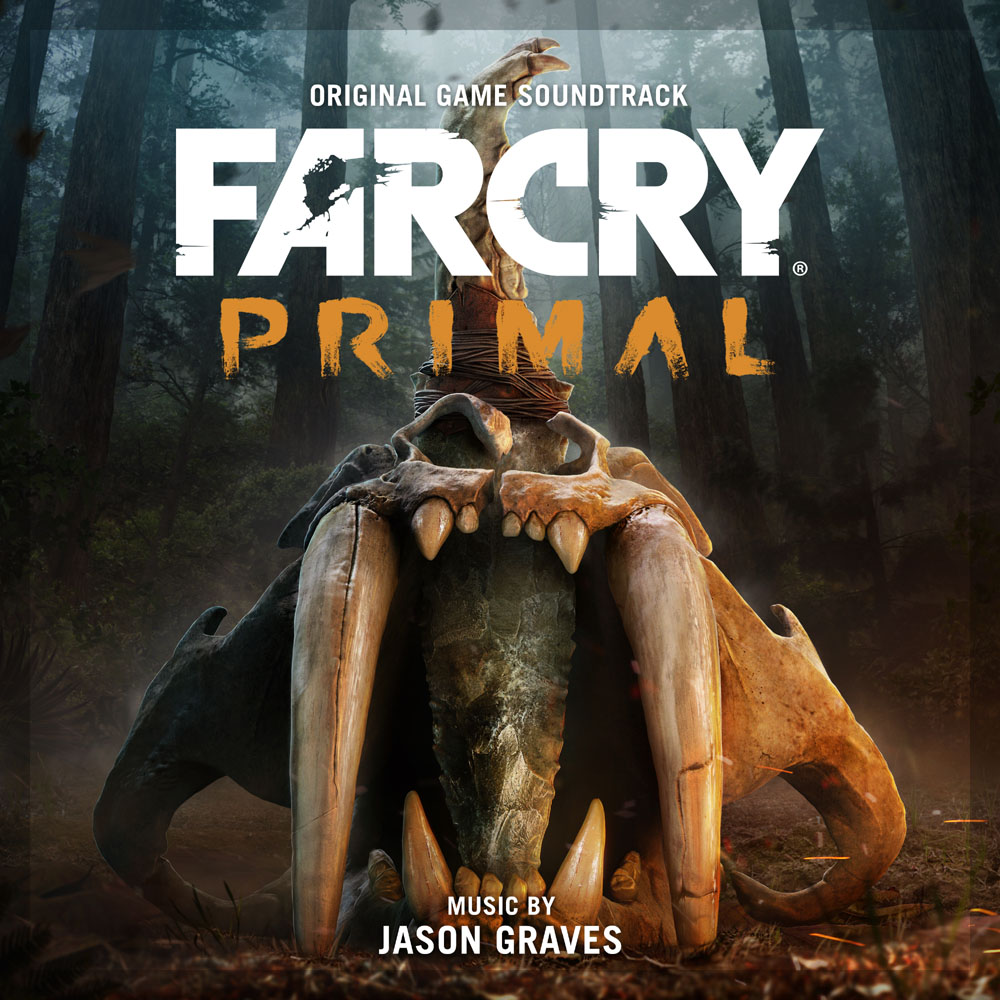 When you’re playing a video game set in 10,000 B.C. there is a certain level of expectation when it comes to presentation; both visually and audible. Far Cry Primal is arguably thin on story and dialogue, which in some way almost gives the game a silent movie quality, allowing the score to move front and center.   Aside from those rare moments of subtitled caveman speak, the only thing you are hearing in Primal is the environment and whatever composer, Jason Graves deems thematically correct.

I’ve been a big fan of Jason’s video game OST works over the years, and Far Cry Primal is no exception, but as I listened to the 33 tracks spanning nearly two hours there wasn’t that same level of musical discovery that I normally get with other soundtracks. Then I realized, you are basically already listening to the soundtrack, uninterrupted, while playing the game.  This was merely consuming that music in a different format – without the visual stimuli.

Another thing that struck me was how all the songs blended together thematically. That’s not to say they all sound the same, but I did find it much more difficult to associate bits of the score with specific gameplay moments – one of my favorite reasons to listen to soundtracks.  I think a big reason for this is the dominance of percussion in nearly every track.  If you love a good tribal beat then look no further than Far Cry Primal, and the selection of instruments used to create some of the more primitive sounds is pure genius.

As I mentioned in my game review for Far Cry Primal, music plays a major part of the overall experience; setting the mood such as the majestic theme that plays when you light a bonfire and the hawk swoops in, or the dangerous themes that creep in when the sun goes down and predators come out to play. Grave’s score has the uncanny ability to seamlessly shift from one track to the next based on real-time events creating a totally immersive experience.

Far Cry Primal is one of my favorite games in the franchise and Jason Grave’s brilliant score is a big part of that. If you enjoy primitive percussive music then the Far Cry Primal Original Game Soundtrack will effortlessly transport you back to the dawn of man and fuel the caveman DNA inside all of us.