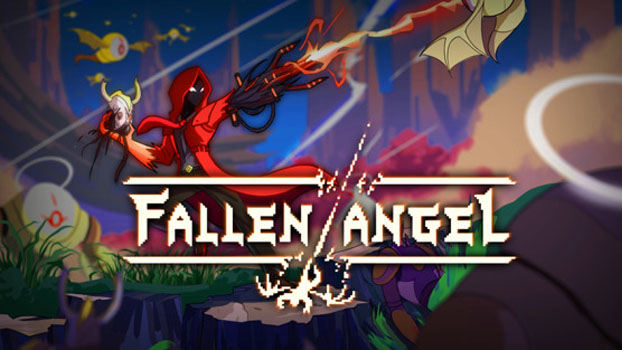 V Publishing is pleased to announce that Fallen Angel, an all-new ARPG is now available on Steam. Inspired by John Milton’s “Paradise Lost”, players take on the role of Lucifer, the angel that was cast out of Heaven, and now seeks vengeance, but when he returns, not all is as it appears. Opportunity strikes when civil war erupts in Heaven. God has departed without reason, and the archangels left behind fight for dominion to lead. All the while a plot bigger than simple revenge begins to unfold.

“We wanted to provide a twist on the traditional perception of Heaven. Instead of a simple lush utopia, we have created a world that changes vastly depending on the archangel that controls it”, said Michael Brown, CEO of V Publishing. “This not only allows a more visually diverse game, but it’s allowed us to create bosses and enemies that are varied in both look and how they fight, keeping things fresh as you play through.”

The many realms of Heaven are a strange and varied place. In addition to the classical pearly gates and angelic choirs, Lucifer will be ravaging his way through high-tech constructs, idyllic earth-like plains, floating islands, and more beyond. Each archangel will have a strong, thematic influence on the environments and creatures the player will encounter.

Players are equipped with blades, guns, claws, and their own raw skill to make their way through the realms of Heaven and reach the top. Players can use their preferred fighting styles to take on enemies whether that be head-to-head brute combat, maneuvering with precision and counter-attacks, or relying on ranged weapons to attack from afar. In addition to various fighting tactics, Lucifer can transform into a powerful, demonic rage machine, killing everything in his path.