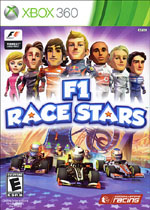 Now that Nintendo has finally joined the HD age with their new Wii U system it’s only a matter of time before we get an HD version of Mario Kart, but until then, and for everyone who doesn’t have a Wii U, Codemasters takes a refreshing break from their more serious racers to deliver one of the finest family-friendly, and party-centric racing games of this generation.

F1 Race Stars combines bobble-head versions of real-world F1 profession drivers with an imaginative assortment of fantasy tracks from around the world, then throws in an exciting mix of car and combat power-ups to create some of the best non-serious racing moments I’ve had behind the virtual wheel this year. After games like NFS Most Wanted, Forza Horizon, and F1 2012, games like F1 Race Stars are a relaxing break and a great reason to have the family gather around the Xbox or invite your friends over for some fast and furious four-player split-screen racing. 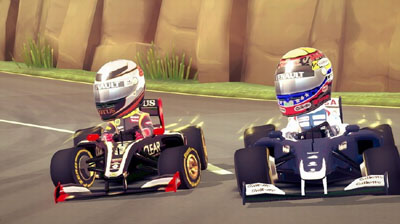 F1 Race Stars offers 90 events, or rather 30 events in three classes (1000cc, 2000cc, 3000cc), and events can include anywhere from one to five individual races that score you based on your finishing position and all add up to that final podium total. You can play the career mode or just start up a quick game of casual racing or party play action, but the real treat is being able to work on your own private career while having up to three of your friends playing in split-screen.

The F1 licensing is a nice marketing gimmick but I find it unlikely that any true F1 fan will be seeking this out unless they have kids, and for casual or non-F1 fans, the license seems like a waste. Of the large stable of real-world drivers, I only recognized about three names. I guess Codemasters already owns the license, so it’s not a big deal to use it, and who knows…this may just be the gateway “drug” to get pre-teens interested in their dad’s copy of F1 2012. I have to admit, it is rather amusing to see the various bobble-head avatars of these racing pros in all their delightful animations prior to the green light and especially their podium antics.

Once the race starts things get real crazy real fast with everyone jockeying for position then trying to keep the lead while the rest of pack tries to take you out. Much like Mario Kart, it’s not always to your advantage to take an early lead since that makes you a prime target for the mostly forward-firing weapons found in the game. There are no blue tortoise shells or mushrooms in F1 Race Stars. It’s all about bubbles…red bubbles, yellow bubbles, and blue bubbles. Red bubbles are self-guiding and seek out and snare an opponent while blue bubbles get dropped like mines waiting for somebody to drive into them, and yellow bubbles fire forward or back and ricochet of the walls until they hit somebody or fade away. 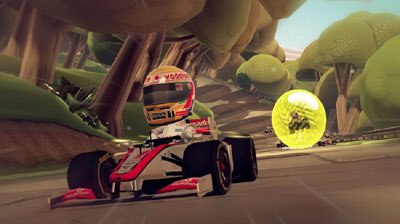 There are some other fun power-ups like putting a safety car in front of another racer preventing them from passing, or triggering a rain storm that drenches the track where only you have wet tires equipped, or even singling out one racer and putting a storm cloud over their car. You can stock up on turbo boosts, turn into a rocket to take the lead, or even warp to a front position. Special KERS sections on the track allow you to build up boost on the turns then gain a moment of turbo when you hit the tarmac. Your car will also take damage that will reduce your top speed and force you to seek out any of several pit lanes on each circuit for a quick drive-through repair.

The one thing I really appreciated about F1 Race Stars, especially when playing my solo career, is that the same computer racers won’t always be placing high up in the standings unlike other games where only one or two computer racers were your only real threat. This means that you don’t always have to have a podium finish to win an overall event. In games like Mario Kart, even one third-place finish could ruin your chance for the gold trophy, but in F1 Race Stars I’ve stood at the top of the podium with a 5th or even 6th place finish in my race history.

And with such crazy and unpredictable A.I. and so many changing and evolving race dynamics, you really never know who is going to win. You can be in first place one second and find yourself in 12th place the next. The game seems to fortune those at the back of the pack and provides power-ups that will move them to the front, but once you are in the lead the paranoia of keeping it takes over immediately, as everyone on the track is gunning for you. Thankfully, you can shoot bubbles forward to eliminate blue bubble traps on the track or fire blue or yellow bubbles behind you to act as decoys for incoming attacks that are indicated by a red tracking dot below your car. 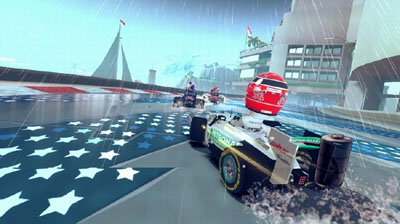 Tracks are fast, fun, and incredibly challenging with multiple paths, shortcuts, secrets, some of which change in real-time during the race. One track has this series of S-turns, but if you time it right bombers will fly over and blast a linear shortcut through the terrain giving you a substantial lead. There are insane high banked curves, loops, and even one track that puts you on a roller coaster. As with most games, it’s all about learning the tracks and the best way to get around them in a variety of circumstances. If car combat is heavy in the shortcut you may be better off taking the longer but safer section of track, as undamaged cars are always faster than sparking, smoking ones with wobbly wheels.

F1 Race Stars is releasing amongst a heated battle of kid-friendly racing competition this holiday season with the PS3 exclusive, LittleBigPlanet Kart Racing and Sonic & All-Stars Racing Transformed fighting for your dollar. Having played all three I can safely say that F1 Race Stars is likely to have the most mass appeal. Despite being a Sony exclusive, LBP is more about creation than racing, and Sonic is going after licensed character appeal like Wreck-It Ralph, and a unique style of racing that blends air, sea, and land. F1 Race Stars is all about pure kart racing in a style that we all know and love – especially if you are a fan of Mario Kart, and while the F1 license probably won’t enhance the appeal of this game, it certainly doesn’t hurt it. I highly recommend this game for anyone with a family or a regular group of friends who like to gather for some social gaming goodness. 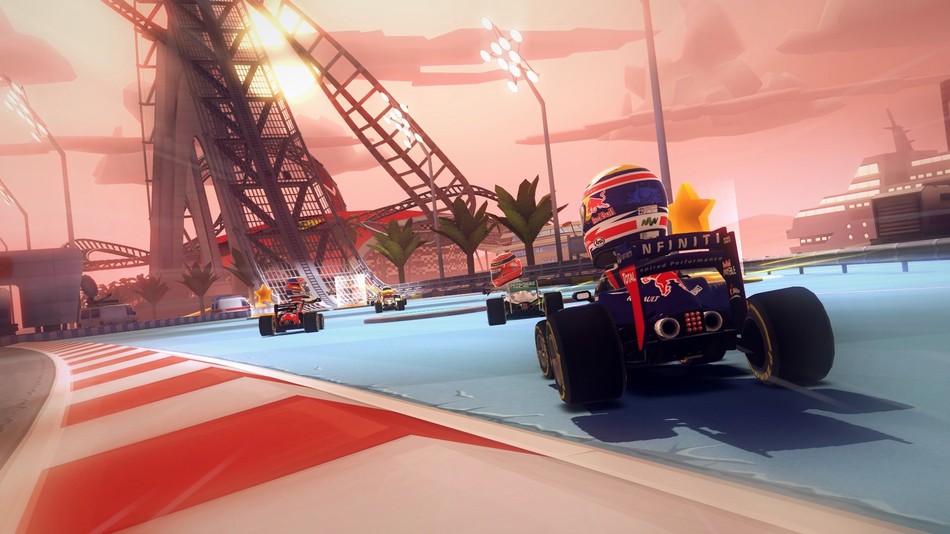 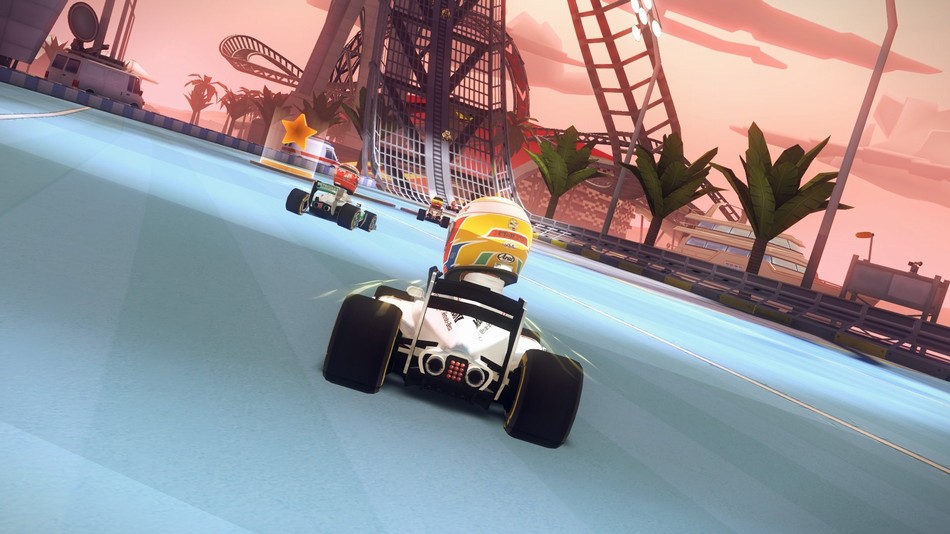 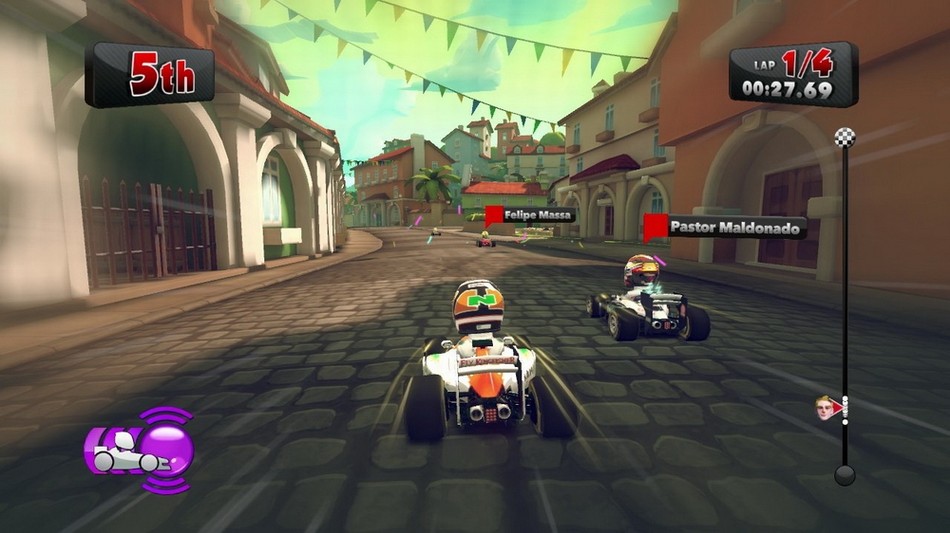 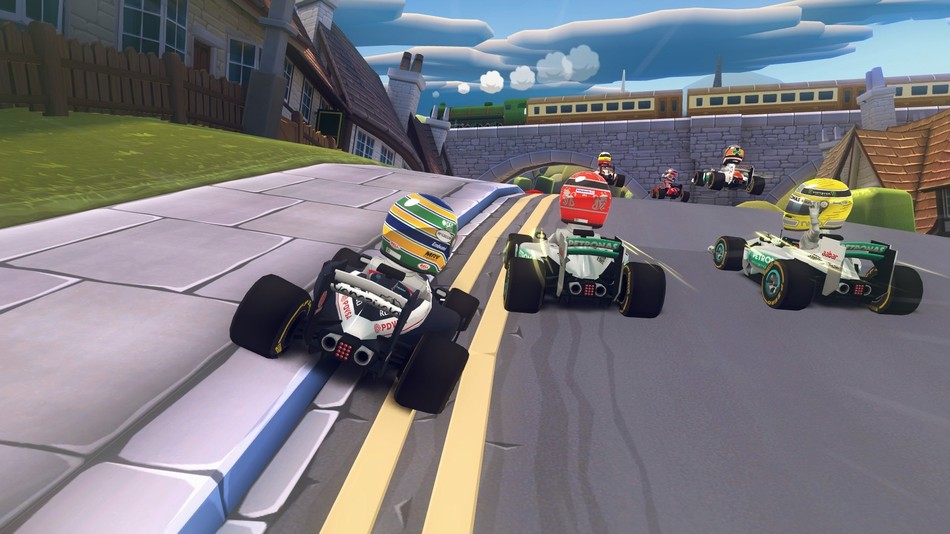 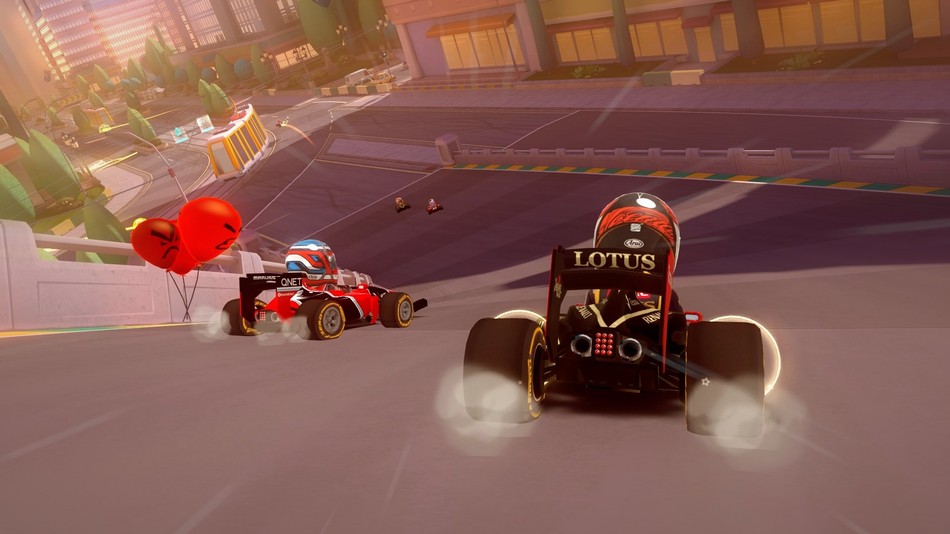 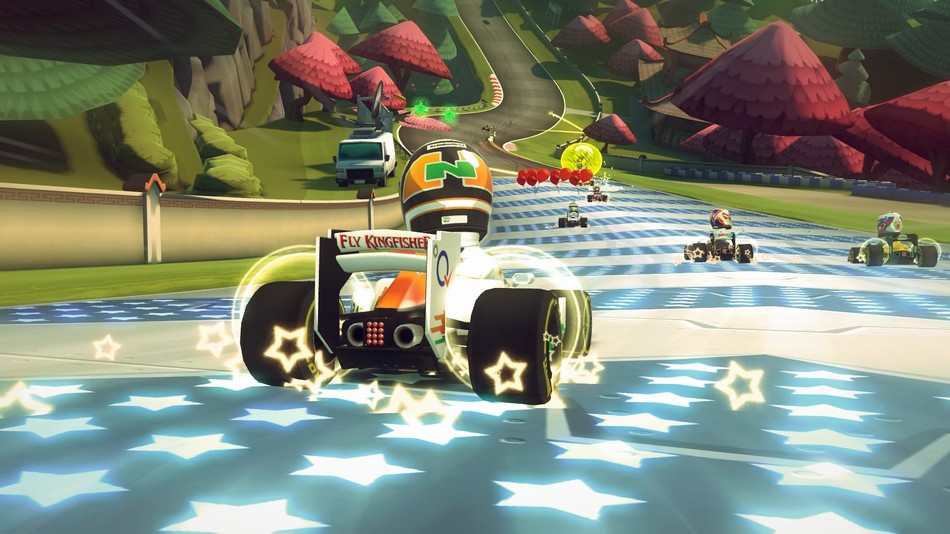 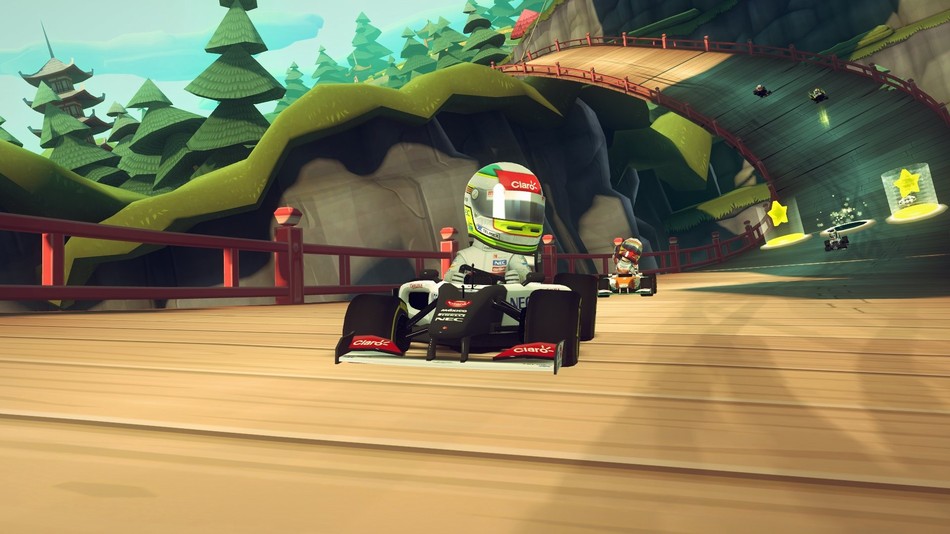 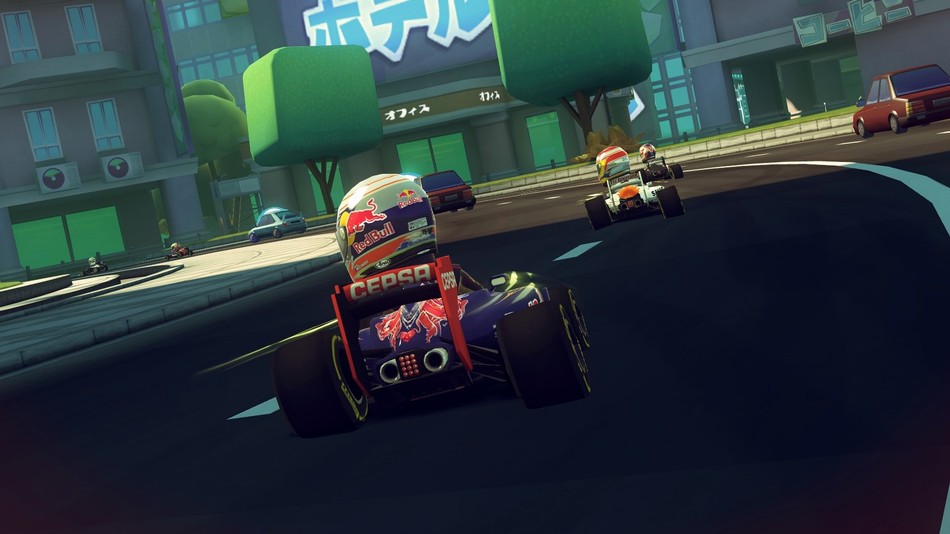 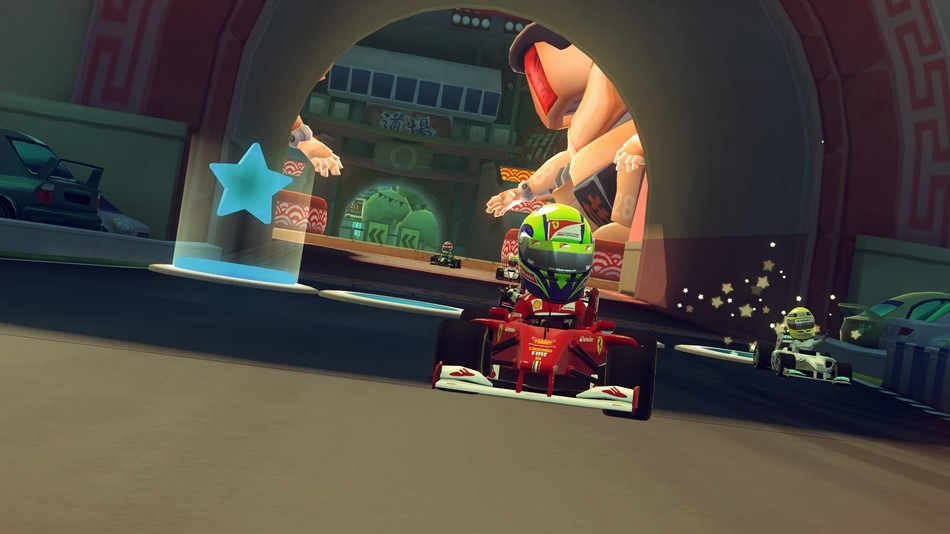 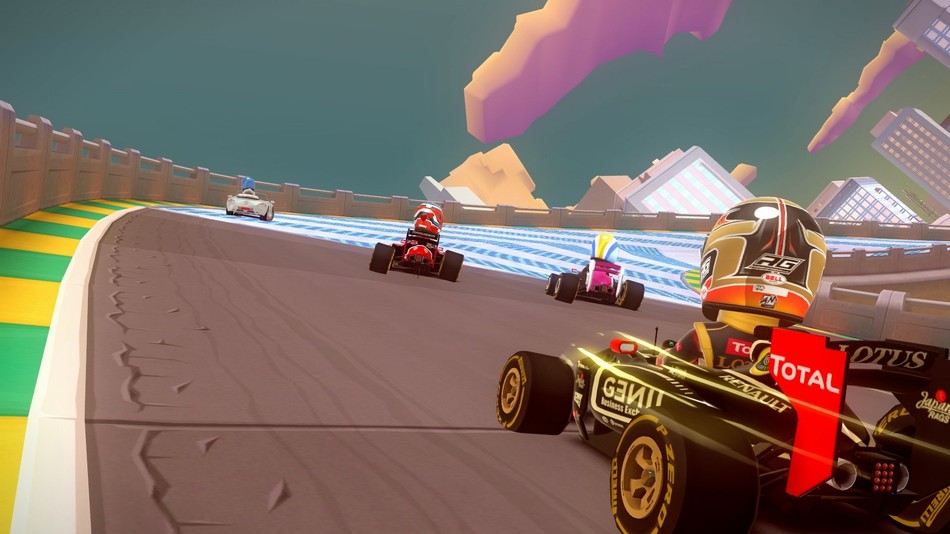 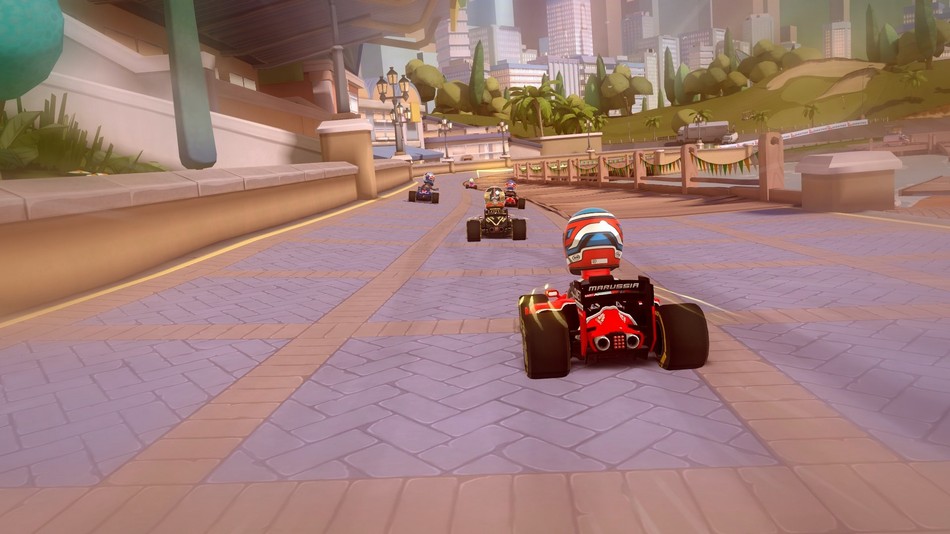 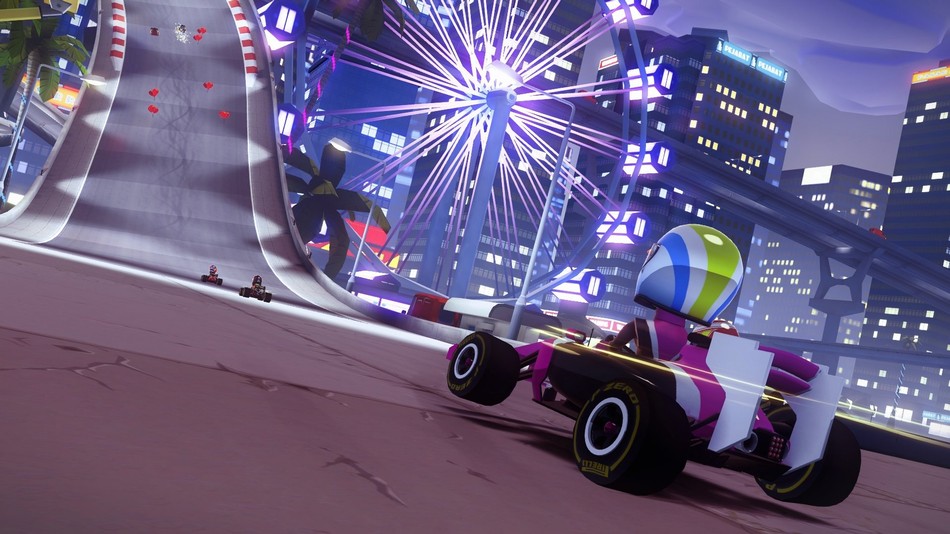 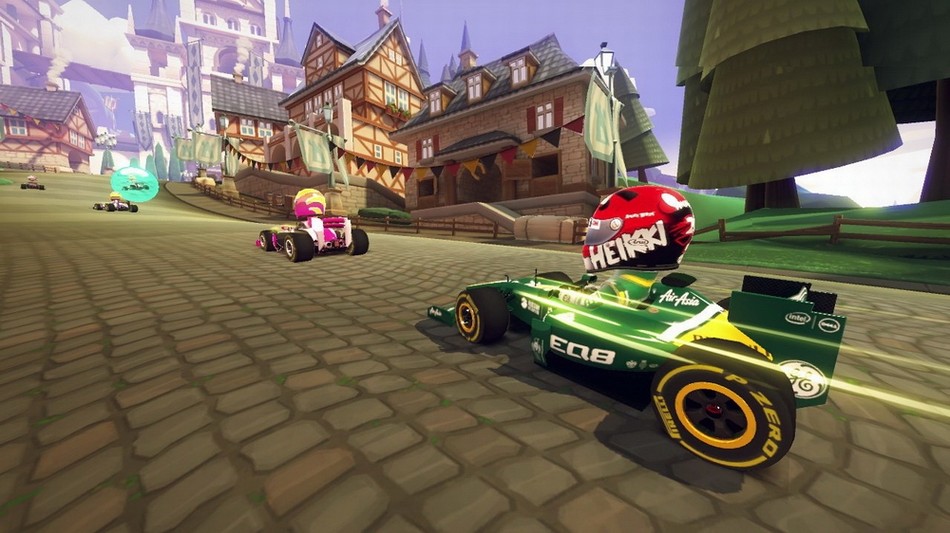 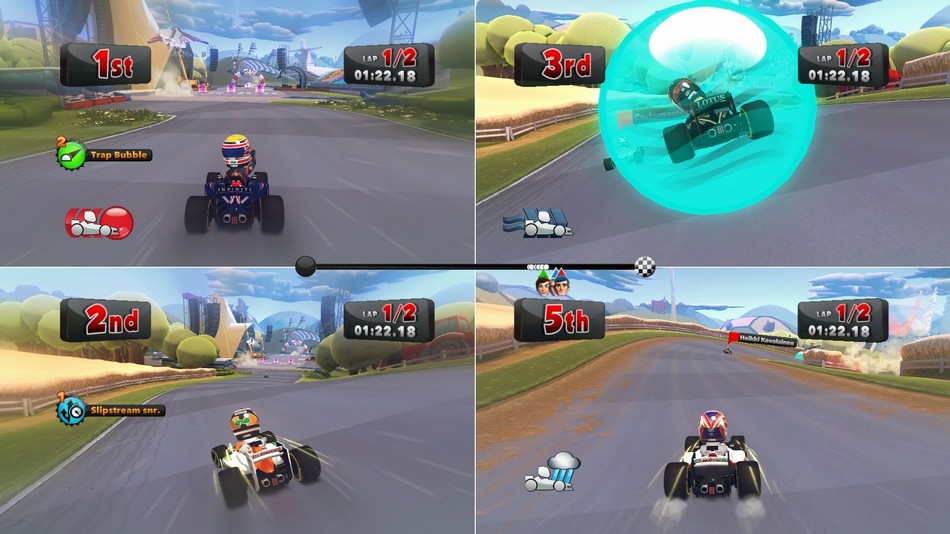 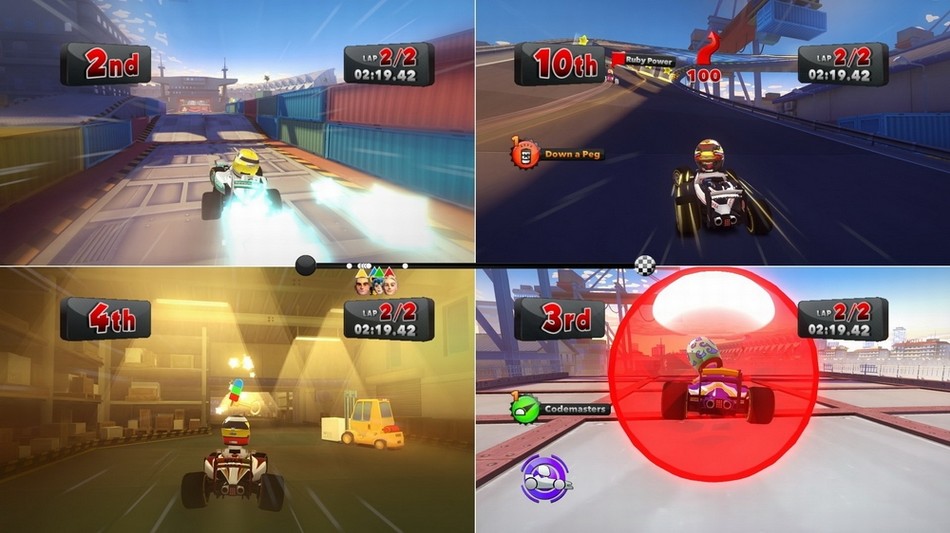 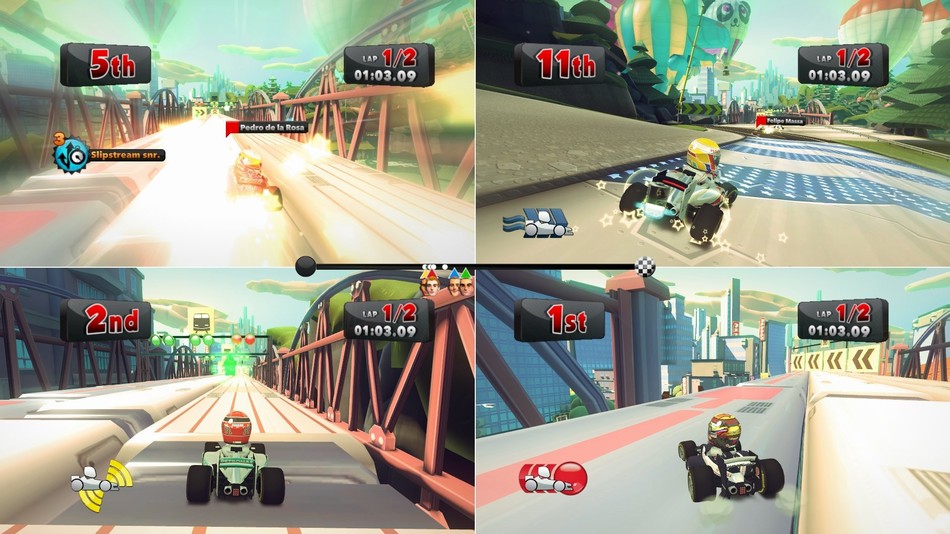