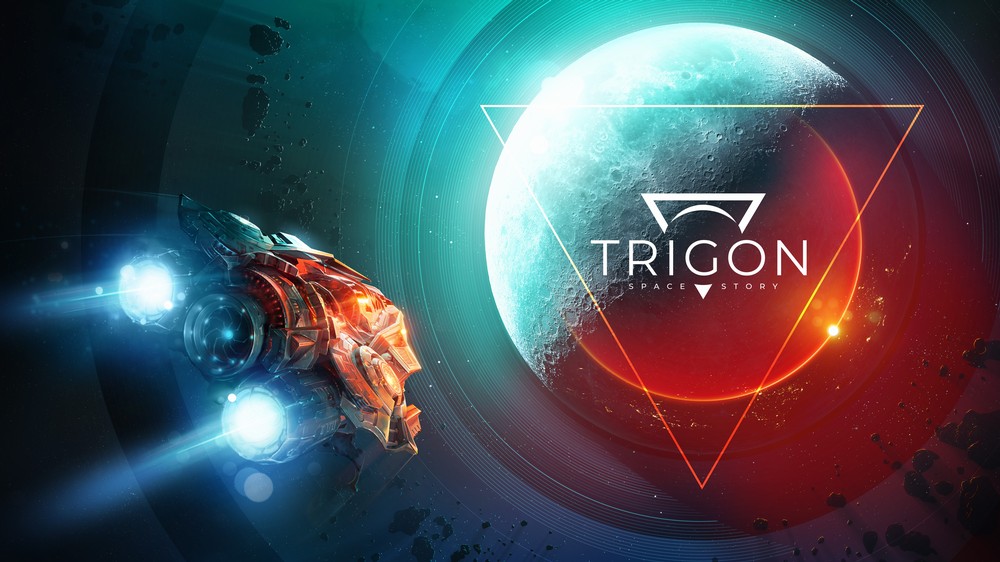 Trigon: Space Story is a single-player roguelike strategy game set in the vastness of space that invites would-be captains to help an intergalactic vessel explore the far reaches of the universe. But while the galaxy is massive, that doesn’t mean it isn’t full of beautiful — albeit dangerous — sights. Today, the development team at Sernur.Tech would like to share some of the locales you can expect to see when you’re careening through the cosmos with your capable crew.

No matter where or when you look out the window of your cockpit, there is always something spectacular to gaze upon; from unpredictable asteroid belts, dense nebulas, and powerful quasars, to alluring pulsars, fiery supernovas, and enormous black holes. Cosmic colors will envelop your spacecraft as you travel past planet after planet, never really knowing what will appear before your eyes next.

The numerous regions of explorable space in Trigon: Space Story are full of diverse environments and missions. Traveling between them would be a long and arduous journey, if it weren’t for your ship’s ability to Gate Jump at specific gates set up in each sector. Through this process, you and your crew can get from sector to sector at the speed of light, allowing you to experience more interstellar delights.

Now, join us on a brief tour of the galaxy, and see what stunning celestial sights await in the latest trailer for Trigon: Space Story:

Trigon: Space Story places players in the captain’s seat of a fully upgradable starship, where they must manage everything from weapon systems and engines to the day-to-day tasks of the ship’s crew. The procedurally generated universe offers plenty of scope for exploration over four chapters of the story campaign, with nine sectors each containing 10+ individual systems. With dangerous space anomalies, roving gangs of space pirates, and a complex web of intergalactic politics to navigate, players will need to strategize each approach with myriad factors to consider. Outfit each ship with more than 70 different weapons and play from the perspectives of four highly unique species, each with their own quirks and advantages. The procedurally generated roguelike universe provides a new adventure every run and will force players to truly learn the meaning of “Improvise, Adapt, Overcome.”

Trigon: Space Story’s demo is currently on Steam. If you’re a fan of FTL, roguelikes, or galaxy-spanning adventures, try it out for yourself, and add the game to your wishlist by visiting the Steam page found here.

The game will launch in English, German, French, Spanish, Portuguese, Chinese, Korean, Japanese, Russian, and Polish for PC via Steam and the Epic Games Store in 2022.