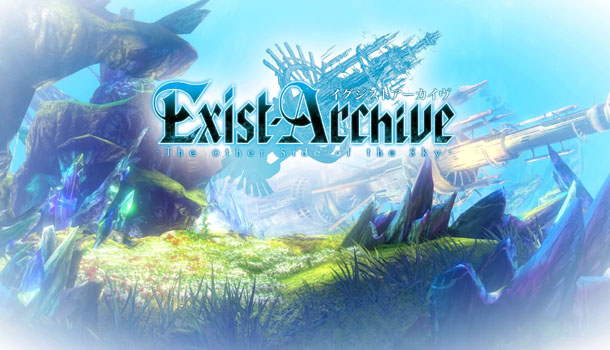 It’s been a while since I’ve played a traditional party-based JRPG title, so being given the option to take a look at Exist Archive: The Other Side of the Sky was a welcome change to my recent playing habits. Following a street collapse, our main protagonist, Kanata, finds himself transported to a mysterious set of floating islands, where he is quickly caught up in the struggle between a number of enigmatic, powerful figures. The main trio of these, Zenobia, Amatsume and Yamatoga, attempt to use Kanata and the friends and allies that he meets along the way to their own ends, all while Kanata tries to find out where he is and why, and how exactly he will be able to get home.

Exist Archive is a fairly typical mixture of relatively linear dungeon-crawling and combat, though the execution of both of these elements adds a decent amount of novelty to the experience. Dungeons are portrayed on a 2D-plane, with an emphasis on exploration and a reliance on traditional platforming mechanics. Combat, which is more of a standard JRPG experience, is initiated by attacking red orbs that can be found floating in dungeons, and is turn-based, with a player-controlled party of four characters taking on a combination of monsters. 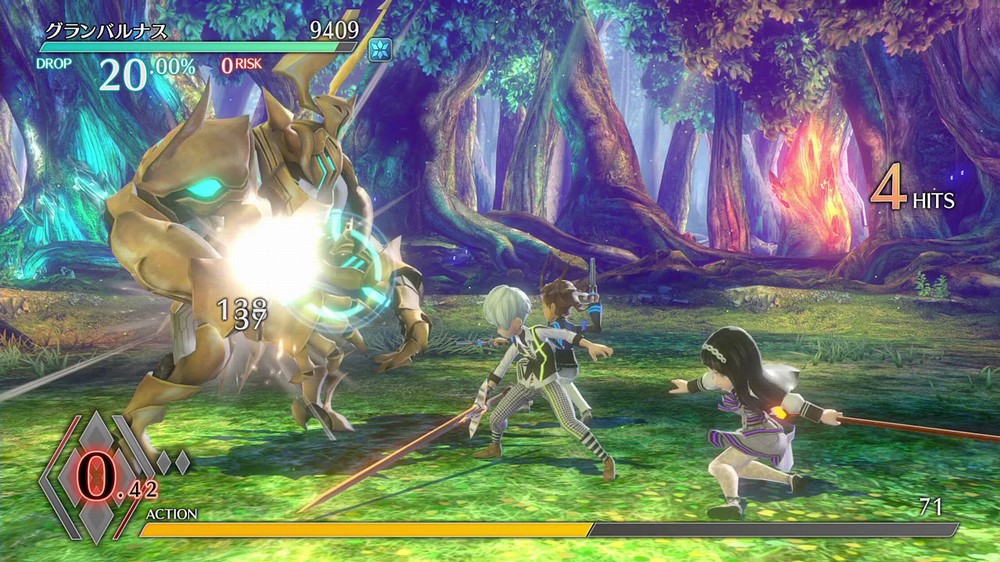 During battle, each character and their abilities are tied to a specific face button on the controller, which reflects their position on the battlefield. This means that within battle, characters can only use a certain amount of abilities that have been pre-assigned to them by the player through the menu screen. It also means that battles have a fairly quick pace, as instead of filtering through menus to select different offensive abilities, you instead press the buttons of the characters that you want to attack in a given order, making combat resemble more of a combo system from a fighting game than a typical RPG. Similarly, you defend by using the same method, so if you want a particular character to guard against an attack, press their button and they’ll go into a defensive stance.

Turns are divided into attacking and guarding phases, and each turn awards the party with a set number of Action Points, which are used for both attacking and defending. If you use a large amount of AP during your guard phase, you’ll have less to use to attack with later on, so it makes sense to only guard when necessary, although this can be difficult to gauge when you’re facing a large number of enemies. For extra tactical depth, certain enemies drop particular items when damaged by an ability using their species weakness, and exposing yourself to risk, or causing excessive damage to an enemy can alter the item drop rate and item quality at the end of a battle. While combat may seem simple on the surface, if you’re willing to put the time in, there are a lot of variables to explore and exploit, should you wish. 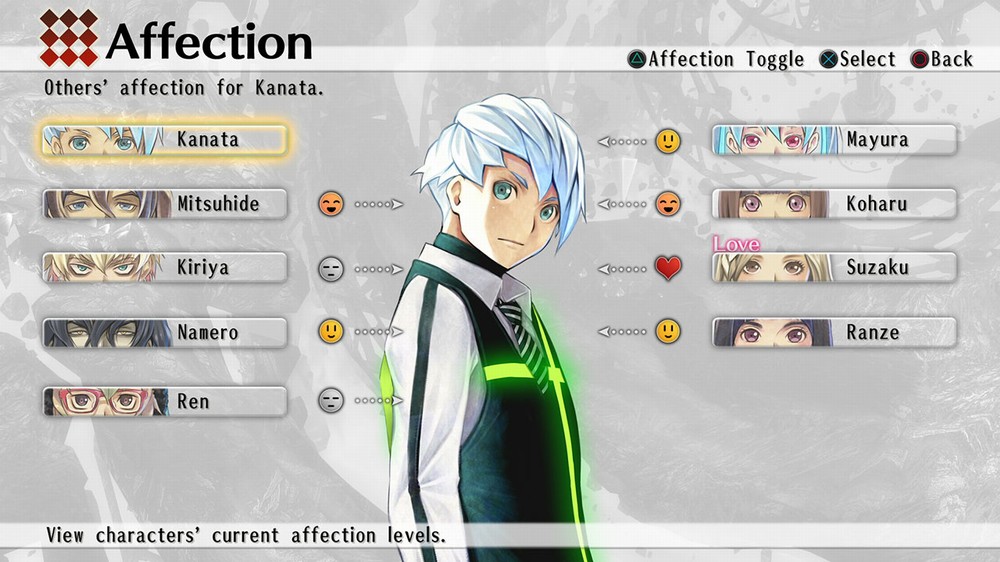 As you progress through the game’s narrative, you’ll gain extra abilities for Kanata and the party to use in their dungeon explorations, such as double jumps, slides, and the abilities to freeze enemy orbs and use them as jump-off points. There are multiple areas in each dungeon that are initially inaccessible to the player, and the unlocking of these abilities adds a Metroidvania-style twist to gameplay which encourages players to return to areas already beaten and discover new items. This has a two-fold benefit, in that it makes grinding less tedious, and also rewards the player at the end of each dungeon, depending on how large of a percentage of the map they’ve uncovered and how many items they’ve found.

Alongside this, there’s a decent amount of optional content to engage in, which provides an extra challenge and further rewards the players with interesting and useful items. You can partake in speed-runs against bosses that you’ve already defeated, accept Trial Events, which require you to hunt down specific enemies, and also increase the affection of your party members by taking them on missions with you and fighting together. There’s also an online component which, while not directly engaging you with other players, encourages you to return to particular dungeons which are experiencing increased drop rates due to the high number of fellow players currently exploring them. 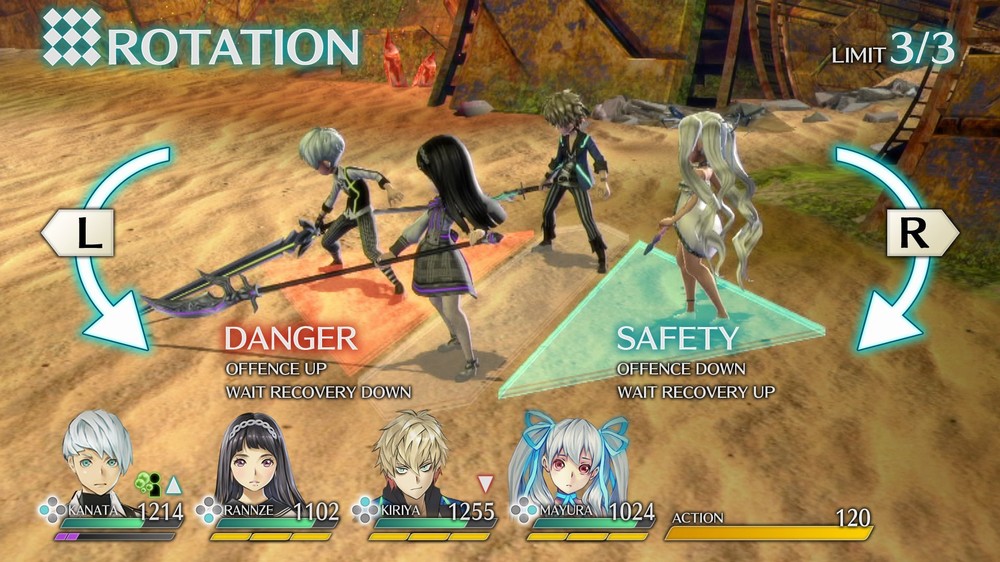 Exist Archive is a surprisingly vibrant game, with great swathes of bright colors making up the majority of the visual experience. Character models are largely pleasing on the eye, and there’s a range of varied and interesting enemies. Environments are attractive too, but unfortunately there’s a lack of variety in these, and most of your time will be spent exploring what seems to look like the same stretch of forest, often for hours at a time. As you progress through the game, you’ll encounter a wider variety of environments, and larger maps with more branching pathways, but the first few hours, at least, feel like a little bit of a slog.

It seems like a lot of the game doesn’t really open up until you’ve already invested a good deal of time into it. Although player control comes pretty quickly for a JRPG, most of your early hours will be spent battling enemies that don’t provide much of a challenge, and most of your exploration consists of running from left to right through a dungeon until you reach the end. Eventually you get to the stage where you gain extra abilities at a decent pace, but it took me about eight to ten hours of playing before I even gained the ability to sell items and equipment that I no longer needed. Granted, this playtime included some fairly heavy grinding, but it needs to be noted that Exist Archive is a game that doesn’t open up easily, and by the time it does, some players may have already moved on. 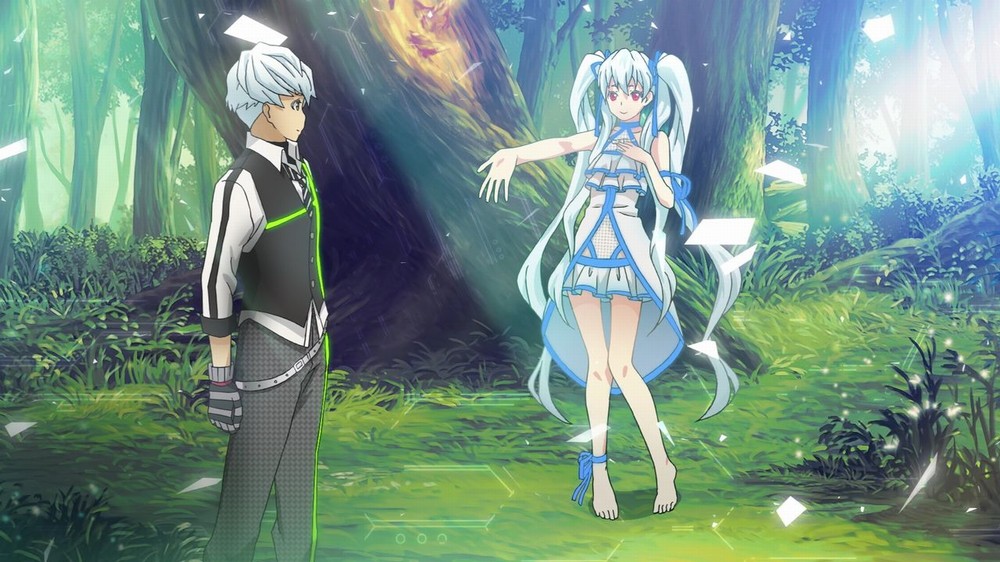 The flip side of this point is that for players who enjoy the game, there’s a lot of content, and a run-time that approaches forty to fifty hours, depending on your approach. It’s true that this does include some archetypal JRPG padding, but I found that most of my time with Exist Archive was surprisingly relaxing, and that I was willing to put the hours in to explore new areas and strengthen my characters, as it never really felt like I was endlessly retreading the same ground for the sake of increasing numbers on a screen. Due to the inclusion of hidden areas in dungeons, I usually felt like I had some form of goal in mind, and the stacked rewards for further exploration made discovering new areas feel genuinely rewarding.

As mentioned, it may be that Exist Archive is too slow going for some, and it’s true that it does take long, laborious steps with its narrative. Thankfully, though, this narrative is different enough to inspire at least a little intrigue, and I am pleased to note that I didn’t encounter any characters that performed typical JRPG roles of being annoyingly quirky or oversexualized. Exist Archive is a reasonably tame experience by JRPG standards, and is all the better for it. If you’re looking for a game to invest time in, you could do a lot worse than Exist Archive: The Other Side of the Sky, and similarly, if you’ve been looking for a more traditionalist-leaning, party-based JRPG, then this title comes strongly recommended. 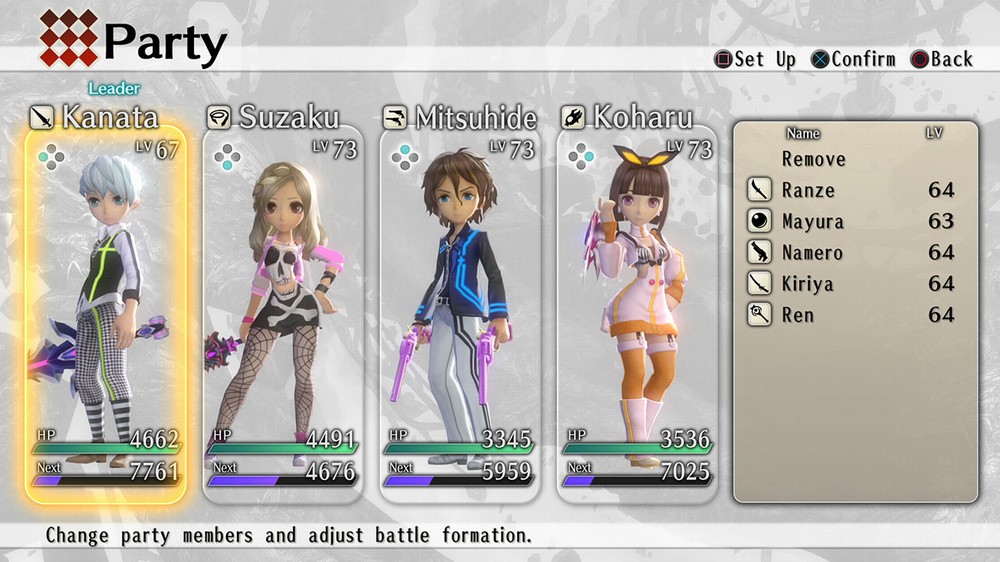 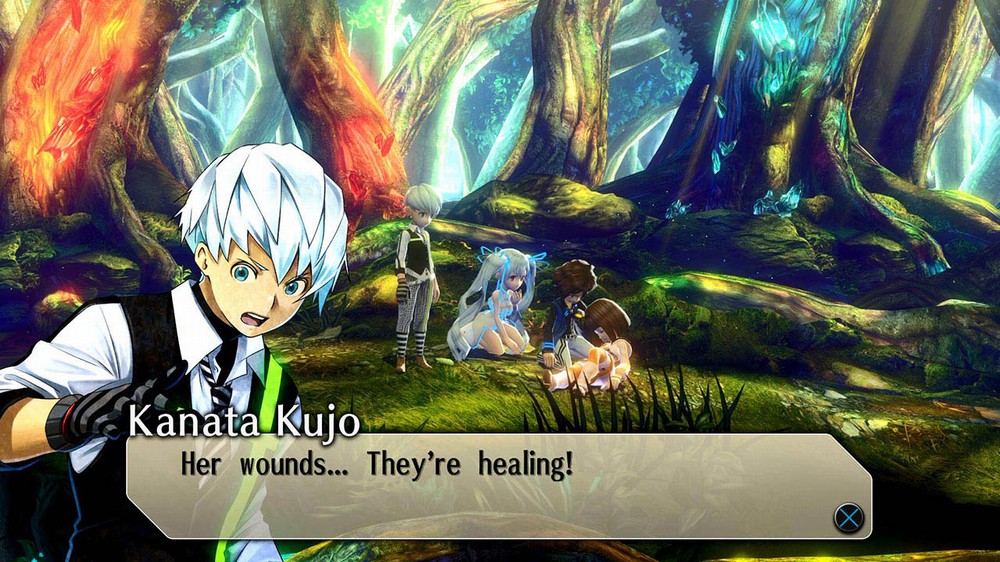