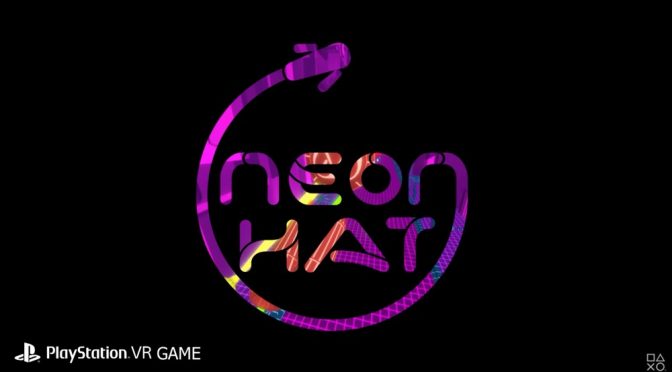 Sony Interactive Entertainment España (SIE España) announces that the exclusive PlayStation®VR racing game Neon Hat is now available on PS4/PSVR, also compatible with PS5, as a digital-only title on the PlayStation®Store for $24,99. Developed by Entalto Studios, within Playstation Talents Games Camp Valencia, one of the content accelerators that PlayStation Talents has in Spain, supporting local development in collaboration with Lanzadera.

Immerse yourself in a thrilling VR experience where you will fly at full speed while experiencing a freedom of movement never seen before! Neon Hat is a VR racing game set in a neon world (and featuring an original synthwave soundtrack) where you will play as a H.A.T. operator, competing in the fastest and most prestigious Net Races to climb through global leaderboards and obtain the best score while also shooting down the most dangerous enemies in synth-wave skies.

In NeonHAT you will use PSVR to fly through 10 different circuits —each with its own style— in 3 different game modes, and fight gigantic bosses with dynamic controls to top the immersion and speed sensation. As a H.A.T. Operator you are one of the few people qualified to fly around the Web, and you have decided to become the best racer on the whole Net. However, you are aware that the Web is not a place for the faint of the heart. Several people try to harm those connected through the net by controlling their enormous Ultra Viruses. But it has never bothered you. You know your skill. You know your enemies. And you know you can take them all.