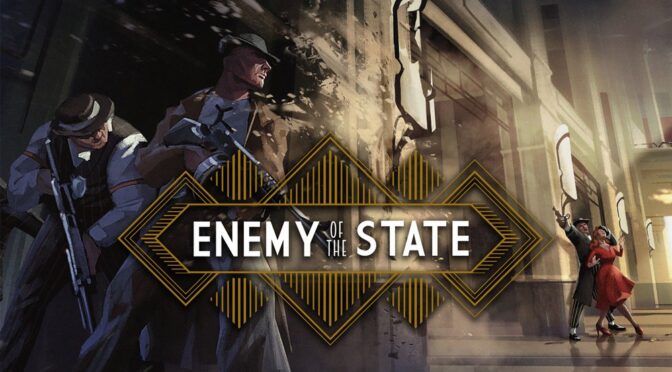 Publisher Movie Games and developer, Brave Lamb Studio announced Enemy of the State, a top-down co-op shooter revealed during the Future Games Show. This new title by the creators of War Hospital is coming to PC, PlayStation and Xbox in mid-2024. See the Steam page and watch the cinematic trailer.

Enemy of the State is a co-op and single-player top-down shooter set in the world of 1920s crime lords. You’re an aspiring mobster trying to reach the top during the Prohibition era. Gather your friends and perform heists all over the world. Will you build the most powerful crime syndicate in the world?

You are a low-level criminal, with an ethnicity of your choosing, aspiring to become a true mafia boss. Gather your gang and perform all kinds of jobs, all over the world. From heists to turf takeovers to kidnappings and assassinations. Your goal? Same as always. Money, power & respect.

Feel the kick of Tommyguns, shotguns, revolvers, pistols, dynamite sticks, and other iconic weapons. If you need them to kick harder, upgrade them! And if you’re looking to spice up your action, try obscure historical weapons from Japan or China.

Prepare for new jobs in your fully customizable hideout. It’s also your hub where you can hang out with other players and form syndicates that compete for notoriety online!

Visit beautiful, detailed 1920s locations from all over the world. The game’s powerful art style was inspired by art deco, Dishonored, and classic noir films & comics.