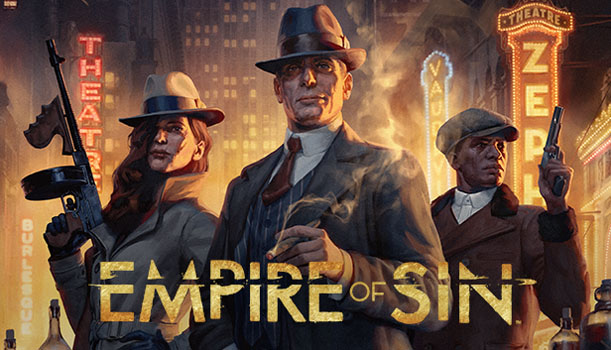 Word on the street from your Mother’s cousin Paulie’s best friend’s hairdresser Ariannie is Paradox Interactive and Romero Games today announced that the books are open for Empire of Sin pre-orders ahead of the game’s December 1, 2020 release, at a suggested retail price of $39.99 / £34.99 / €39.99*. Wiseguys will secure their seat at the head table early at the links below:

Everything else? Fughettabout it! This is an offer you can’t refuse. Watch the latest trailer here:

Empire of Sin, the strategy game from Romero Games and Paradox Interactive, puts you at the heart of the ruthless criminal underworld of 1920s Prohibition-era Chicago. It’s up to you to hustle, charm and intimidate your way to the top of the pile and do whatever it takes to stay there. This character-driven, noir-inspired game puts players smack dab in the glitz and glamor of the roaring 20s, all while working behind the scenes in the gritty underbelly of organized crime.

In addition to the base game pre-order, there are additional pre-order upgrade packs that contain a wide range of perks:

Pre-Order now to receive The Good Son Pack, which includes an exclusive in-game mission and recruitable gangster. Help Cyril Mcrae reconnect with his estranged father by fighting alongside him and get him to join your gang.

Join the family on social: