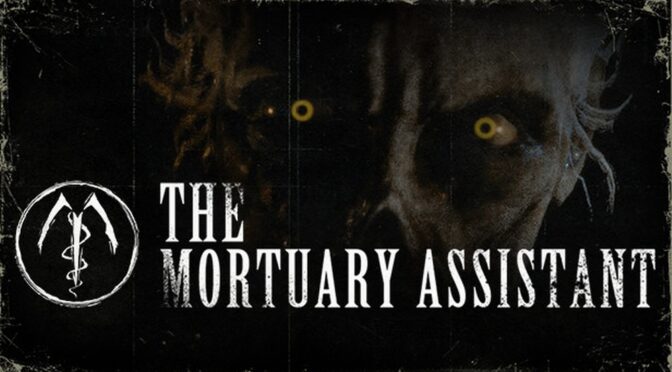 DreadXP — an independent horror publisher and production company — and developer DarkStone Digital today launched the highly-anticipated supernatural first-person horror game, The Mortuary Assistant. Available now for Windows PC, The Mortuary Assistant casts players as Rebecca Owens, a recent Mortuary Sciences graduate who starts an apprenticeship at the infamous RiverFields Mortuary. She soon learns that the dead don’t stay dead at this mortuary. Demonic forces are at play at RiverFields Mortuary…

The Mortuary Assistant features demonic banishments, creepy puzzles, realistic mortician tasks, and multiple endings. Each playthrough of the game is unique, featuring different demons, bodies, and scares. As Rebecca, you must balance your mortuary tasks while hunting for clues as to what’s behind these paranormal occurrences. Brave dark hallways and pay close attention to details if you wish to walk away with your soul intact. With a story told through multiple playthroughs, each run offers something unique.

“Following a very successful demo released last October, and lots of positive buzz from PAX East 2022, The Mortuary Assistant has now officially been released for PC gamers worldwide,” said Patrick Ewald, owner and producer at DreadXP. “We’re proud of our collaboration with developer DarkStone Digital to create one of DreadXP’s biggest games to date, and we look forward to players discovering what secrets (and nightmares) wait ahead.”

“Launching a game that you’ve worked on by yourself is like showing the world your high school journal. It’s deeply personal; you’re kind of afraid to let others see it, but you feel such a deep happiness when someone connects with it. I’m showing two years of blood, sweat, and tears to the world with The Mortuary Assistant,” said Brian Clarke, owner of DarkStone Digital and solo developer of The Mortuary Assistant. “It’s exhilarating and terrifying, but I’m truly proud of what I’ve created. I’m excited for players to see what I’ve been working so hard on.”

The scares in The Mortuary Assistant aren’t limited to the supernatural, as the game features authentic tasks practiced by real-life morticians — this include making incisions on the dead, draining corpses of residual blood, retrieving bodies from cold storage, and conducting embalmings. The first-person perspective puts you right into the macabre medical action, which only ramps up the tension as the bodies being worked on start to wander.

The Mortuary Assistant is available now for purchase for Windows PC on Steam and Itch.io for $24.99 USD. Fans can purchase the game with a limited 10% launch-week discount and also grab the official game soundtrack featuring eleven original tracks by Cody Pawlak (Cpaws Music).