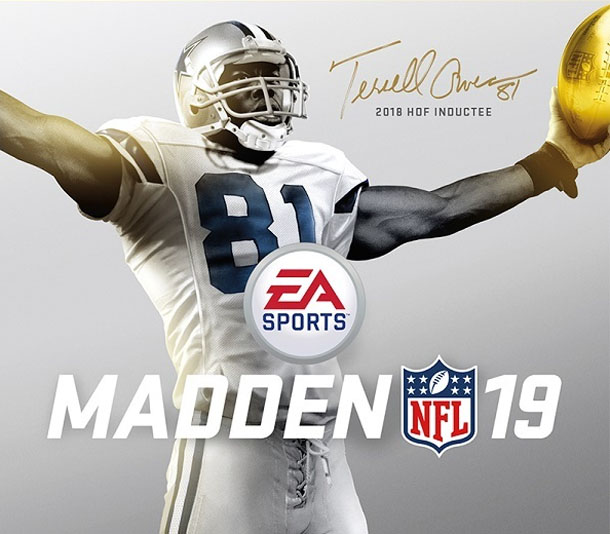 Today Electronic Arts Inc. launched EA SPORTS Madden NFL 19 on Origin for PC, Xbox One and PlayStation 4. This year’s game delivers all-new animation and some of the smoothest gameplay ever with the introduction of Real Player Motion (RPM) Tech, along with Franchise mode enhancements that allow players to solidify their strategy and build their own NFL dynasty. The new features don’t end there, as Madden Ultimate Team also offers new challenges and opportunities, while fans hoping to catch up with the lives of Devin Wade and Colt Cruise can discover the conclusion of their stories in Longshot: Homecoming. Last but not least, the Madden NFL franchise returns to PC, bringing with it unlocked frame rates, mouse and keyboard controls and more (see here for details on PC specs and requirements). Bleacher Report praises this year’s edition of the game, calling it “A must-own package for fans of the sport,” and “The smoothest Madden has ever felt.” The world is also celebrating launch with the story of the Greatest Play Call Ever.

“This is my favorite time of year, since Madden NFL 19 serves as the unofficial kickoff to football season,” said Roy Harvey, Executive Producer on Madden NFL 19. “The team has included many new features to gameplay, Franchise, Ultimate Team and more, all of which I believe our fans will enjoy for countless hours throughout the year.”

RPM Tech in Madden NFL 19 allows runners and receivers an unprecedented opportunity to make a move and burst into the open field thanks to the new One Cut mechanic, alongside other on-field features like signature player styles and user-controlled celebrations. Franchise mode introduces streamlined offensive and defensive schemes, as well as a brand-new player progression system that allows players to easily upgrade and modify their team to position themselves for a championship run.

Madden NFL 19 Ultimate Team gives fans even more ways to choose their path to glory as new training tools let them enhance their favorite NFL stars via power ups. For players who want to prove they’re the best of the best, a new leaderboard reward system allows fans to show off skills on the field with daily single player challenges against other top MUT players. In addition, those who were captivated by last year’s story mode can check out the heartfelt conclusion of Devin and Colt’s saga in Longshot: Homecoming, this year featuring more gameplay and NFL action.

Football fans on the go can also check out Madden NFL Overdrive , available on August 15th. The new mobile game introduces real-time Player vs. Player (PVP), where fantasy scoring allows players to rack up points and earn packs faster than ever to dominate an opponent. Rebuilt from the ground up, this is the most significant update in the franchise history. From launch through to September 30†, players who download Madden NFL Overdrive can receive a free Terrell Owens in one of the four unique playstyles to fit their strategy.