I didn’t get to go to the arcade a whole lot as a kid; there never seemed to be any good ones in the towns I lived in, but whenever the we went to a theme park or across country for a family vacation Dungeons and Dragons was always the one game I’d hoped to find. One of the last classic side-scroller beat-em-ups, Shadows Over Mystara was my rather late introduction to the Golden Age of the arcade, when “one more quarter” started giving way to home gaming and one more turn, one more mission, one more level. Dungeons and Dragons was a rock-solid, entertaining experience with friends or played alone and is again today with the multi-platform release of Dungeons and Dragons: Chronicles of Mystara.

Chronicles of Mystara is two games in a single package. The more polished, more widely distributed Shadows Over Mystara, originally released in arcades in 1996, is the flagship game of the pair supporting better graphics and gameplay, more characters and items and more choices, story, and a generally more complete experience. The other game of the pair is Tower of Doom, the first game of the Mystara campaign series released in 1993. 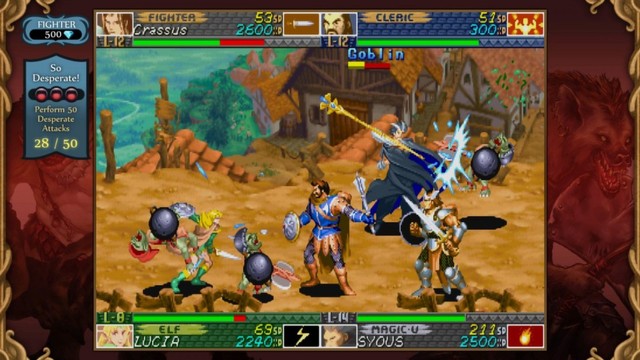 There are three things to look at when you play a game like this: the quality of the port, the wrapper Capcom has put around it, and the actual games. If you’re looking to purchase Chronicles of Mystara there is more than a good chance you’re already familiar with them and want a chance to play them again. For the inquisitive uninitiated, I’ll briefly tell you that they’re a great look back at arcade gaming as it was, especially if you can wrangle a few friends together, a USB hub and 4 controllers (sticks of you’ve got ‘em!), and a big screen TV, it’s a pleasant experience on its own but beat-em-up games have always been more fun while knocking elbows with your friends. Grab one of four or six classic fantasy classes, depending on the game, and stomp through a medieval world of mountains, sewers, underworlds and what have you smacking enemies with swords and maces, daggers and arrows, or lightning bolts and fireballs. There are some unique mechanical elements to beat-em-up games like inventory items, upgradeable weapons, spell books and artifacts with unique powers. The second game introduces a combo system for more tactical gameplay and engagement.

How well the game ported over to the modern world is a much more important question to ask. The answer for this one is “very well”. The animations and sounds are excellent, there is no visual jarring or tearing on the screen that you might see in lesser quality ports, and engine bugs are few; I only encountered one character stuck bug in about 8 hours of gameplay and it resolved itself after a few seconds. The port is stable and runs just like you’d want it to on a modern system. The only problem I had with the port was the default graphical filter. Retro ports these days love the smudge/soften filter and I cannot for the life of me figure out why. It makes the sprites look muddy and indistinct and it gave me a headache immediately. Do yourself a favor and toggle that off as soon as you boot up the game. Add emulated CRT scan lines to the picture if you really want to throw yourself back. 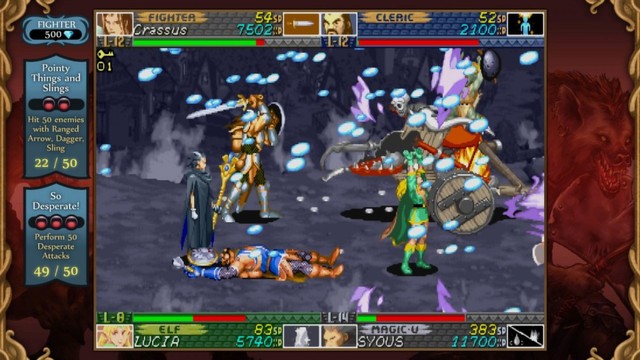 As with most games of this genre, a controller is ideal. The game is playable with a keyboard, but it’s especially difficult in Shadows Over Mystara with the introduction of combo attacks. The game begs to be used with a 360 controller and is ready to use without any set up; it even converts input prompts to 360 buttons once you boot it up. The controls are crisp and responsive with no input lag. All in all, for those of you who remember this game well you won’t be disappointed in its translation to your PC.

Like many other Capcom ports, there’s a shell around the port that give the player something to work toward more than just beating the monster at the end of the game. Achievements, new game modes, a spendable currency for unlocking art files and different rule sets you can customize your game with are all added to give a little longevity and variety to an admittedly simple game. It’s always present on the sides of the screen but it never intrudes on gameplay. It discretely delivers information about your progress through the different challenges that unlock new content.

Too many times our nostalgia goggles have us remember something more fondly than it truly deserves, but I don’t know if I feel that way with Chronicles of Mystara. It’s a solid if simple gameplay experience that’s expressed beautifully on today’s hardware and it’s been given new life with the content Capcom has added to the mix. Whether you’re just seeing the game for the first time or returning to the arcades you haven’t been to for almost 20 years, I think you’ll find this one worth playing. 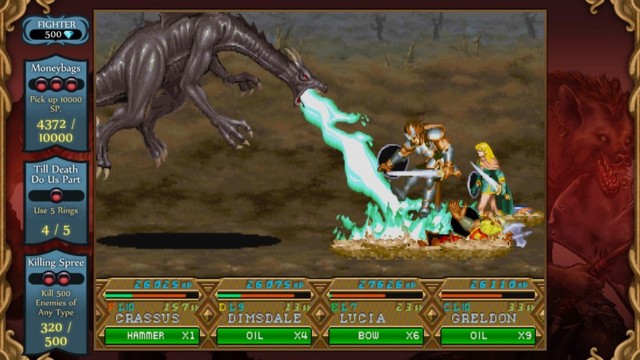 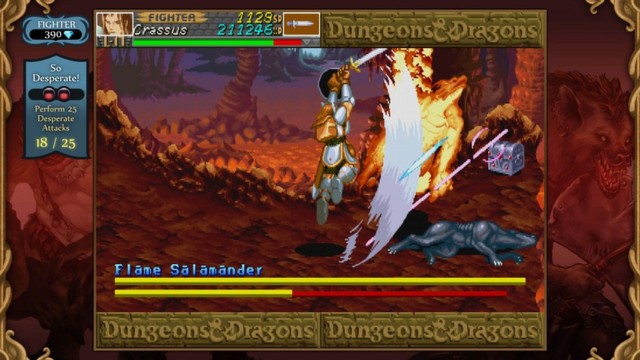 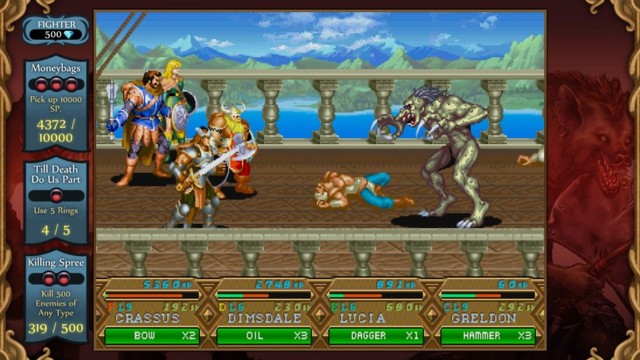 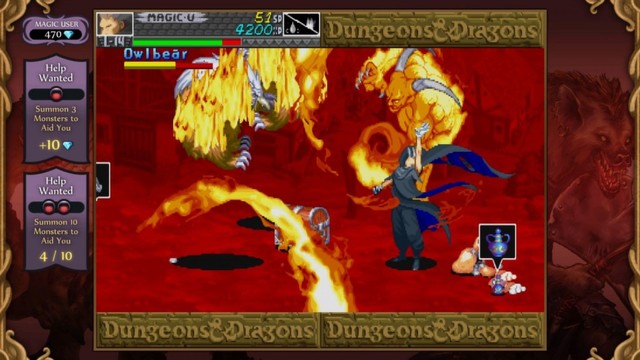 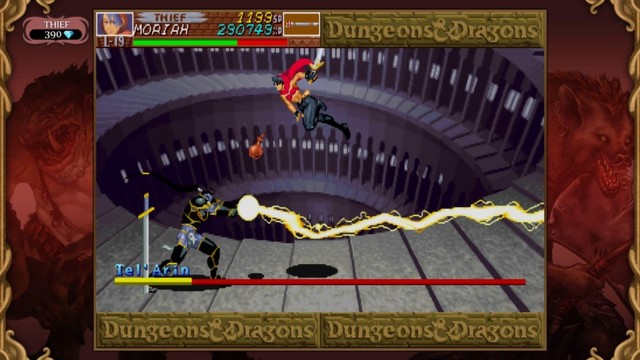 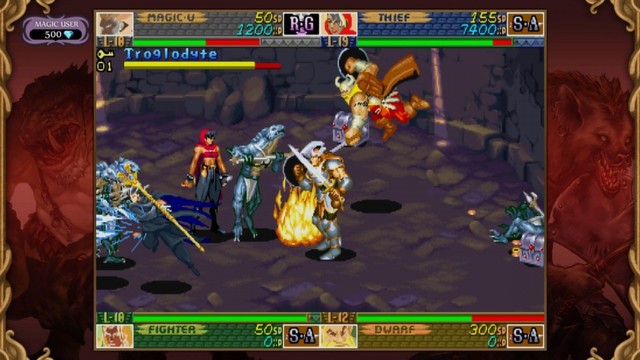