Dungeon of the Endless is a strange game, and I wasn’t sure what to expect when I started playing. It’s billed as a tower defense roguelike, and it’s definitely that. But the more I played it, the more convinced I was that I was playing a short form 4X game. It’s ultimately a game about exploring territory, expanding your defenses exploiting your resources, and… well, you exterminate enemies, but it’s more in short bursts than extended campaigns. And I don’t really want to call it a 3X game. But what it is, is really interesting. It’s a unique experience for fans of roguelikes, tower defense, strategy, and games deep in resource management.

But what is it, exactly? That’s a little bit harder to nail down. You start off by picking two starting heroes, who are your most important resource. Each hero has a specialty, whether it’s fighting hordes of enemies alone, and repairing useful structures in the dungeon, or hanging back to manage your resource stations. Once you’ve got your starting duo, you head to the dungeon, in a crashed prisoner transport, ready to start opening doors and protecting your crystal.

Opening doors is where all the action starts in Dungeon of the Endless. When you open a door, your entire infrastructure activates. Turrets spring to life, resource stations produce your food, science, industry and dust, and monsters spawn randomly in the rooms you’ve discovered, making their way to your crystal and attacking helpful infrastructure as they go. You’ll need to build defenses, protect the useful bits of the dungeon, like merchants and research stations, and send your heroes to help fight the invaders. You don’t control them so much as give them instructions. You can tell them what room to stand in, what to interact with, what enemies to attack, but the general feel is that you deploy guys to do a thing rather than being directly in charge. 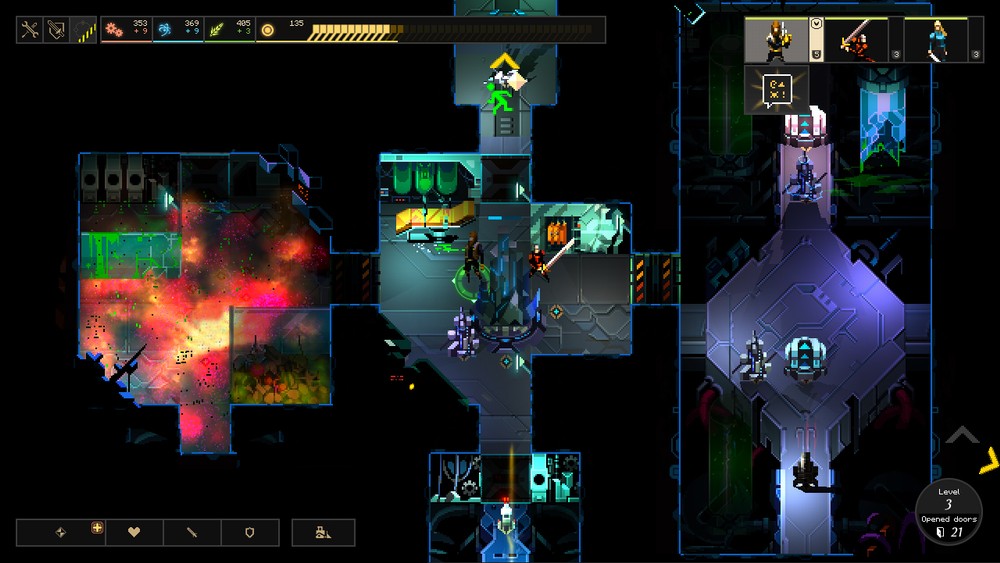 All of the little pieces of the game, with turrets, research, character abilities, resources, monster types, helpful dungeon bits, equipment and more, add up to a huge amount of moving parts, all bumping against each other. You can only put buildings in rooms when there are sockets, which means resource buildings, offensive turrets and defensive measures all compete with each other for space. And your buildings only work in rooms where you commit Dust to power them, but you also use Dust to buy new equipment for heroes and so forth. There’s already so much here, even with more to come.

Once you discover the exit to the level, it starts becoming a mad dash to the elevator, with one of your heroes lugging the crystal as the others cover your escape from the constantly-spawning monsters, rooms losing power behind you as you go. At first, the shot from home base to elevator might be more or less a straight shot, with some branches. In later levels, it becomes more of a grid of rooms, and it becomes your job to open only enough doors to give access to what you need without giving the enemies extra avenues of attack as you defend your base or make your escape. 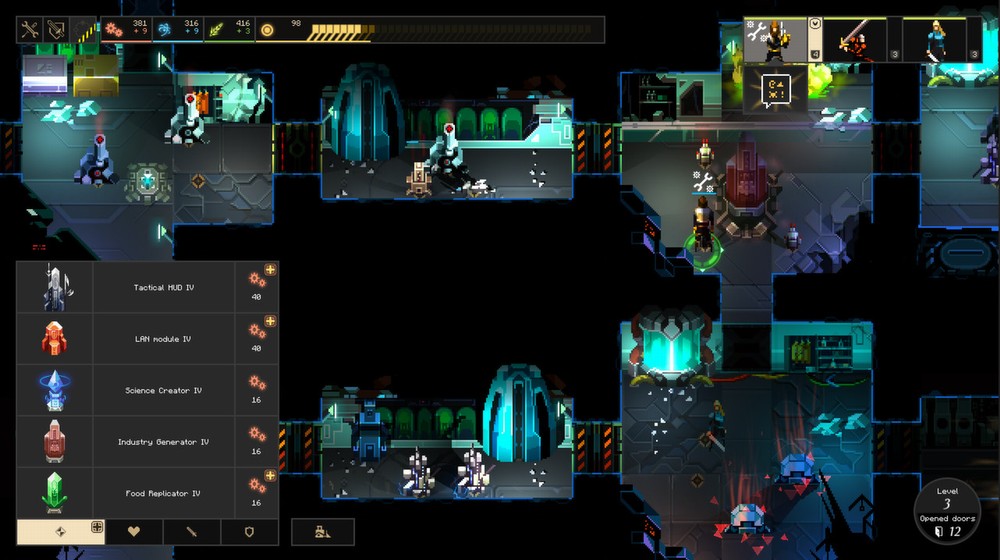 The game’s aesthetics are pleasing with a neat pixel art style. The music and sound effects barely stuck with me, though, especially since Dungeon of the Endless is pretty much the exact sort of game I’m likely to lower the volume on so I can listen to podcasts as I play. The game’s writing, in the rare descriptive text where it exists, is cute and breezy, with a neat variety of items, ranging from repurposed tools and scavenged clothes to military grade equipment. Things like finding tutus for armor didn’t promote a terribly consistent atmosphere, but it did remind me of the freewheeling approach of Nethack.

There were only a few flaws in the game’s execution of its concept. The first is that the phase between door-openings can be a little tedious. Sending my mechanic around to the turrets to repair, sending my resources guy to interact with the resource generators and the like felt like something it would be nice to have somewhat automated if heroes were idling after a monster wave. Secondly, the game’s randomization could stand to be a little more guided. I didn’t even know Science did anything until my fourth game, since I simply didn’t run into a research station.

Still, for an early access game, Dungeon of the Endless feels remarkably solid. There’s nothing else like it, and I wouldn’t recommend it to someone who didn’t have a taste for the experimental, but for anyone with a taste for games that combine concepts in new ways, it’s a pretty clear choice. 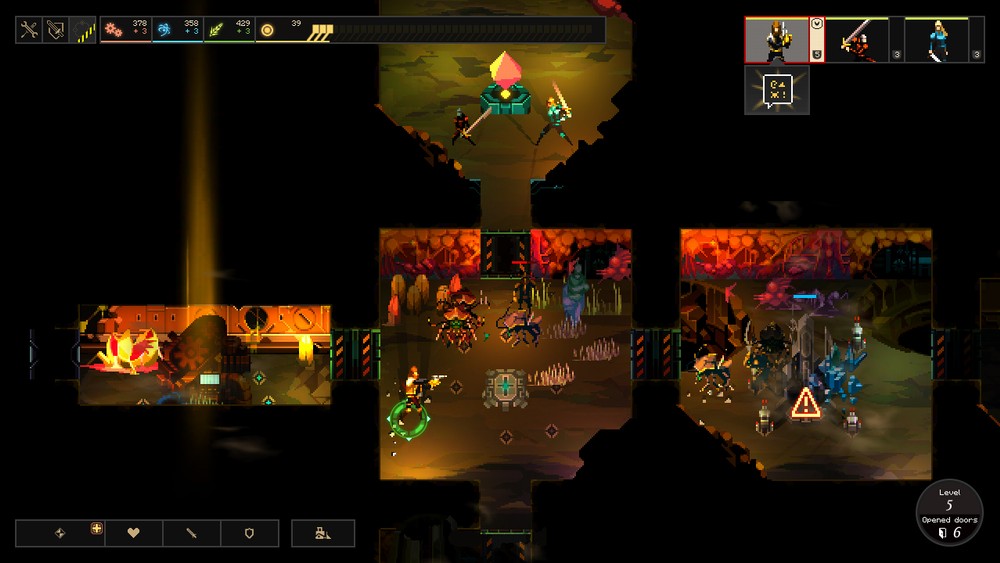 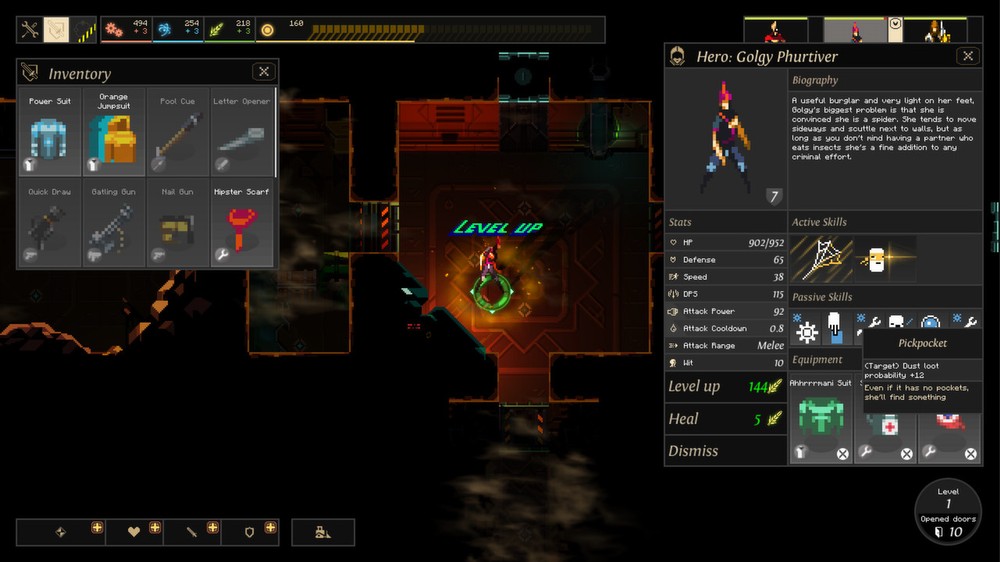 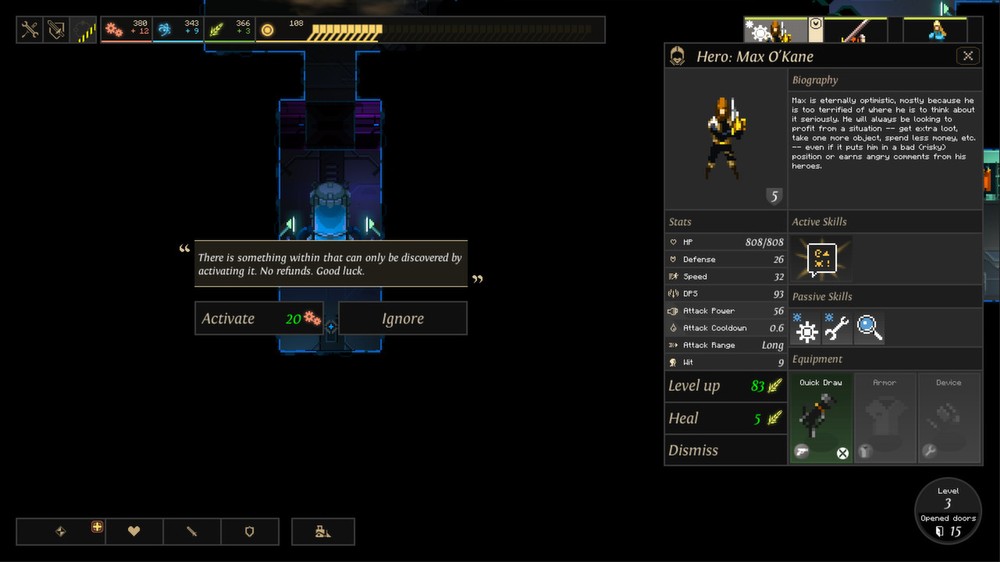 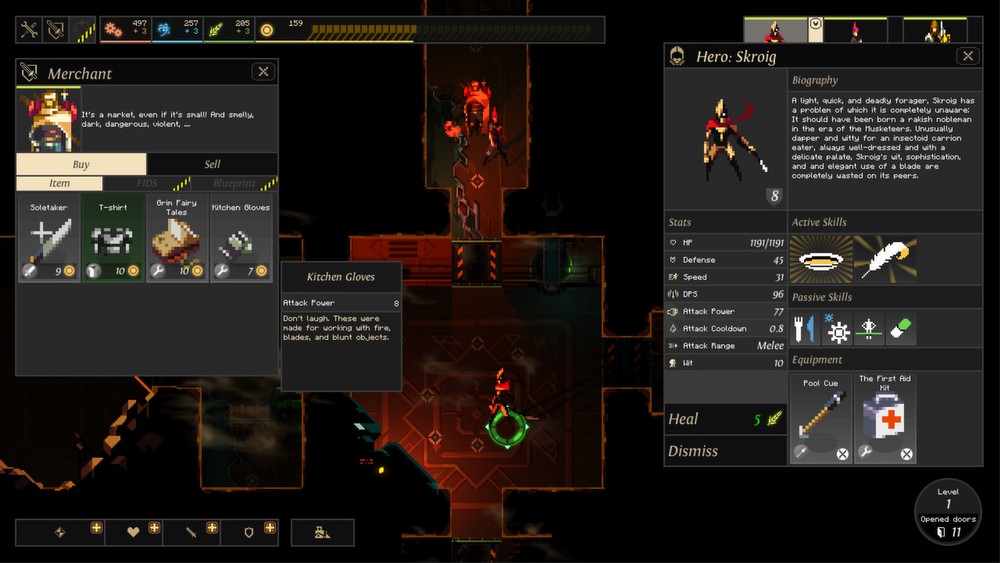