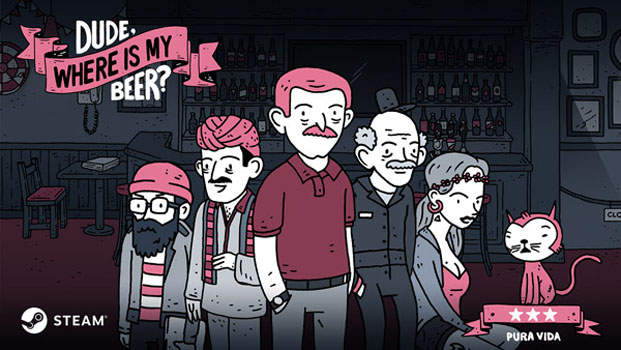 There are some days where all you want to do is kick back and relax with an icy cold beer. A craft beer or ale won’t suit this purpose: only a lager or pilsner will hit the spot that needs refreshing. This is the premise of Dude, Where Is My Beer?, which comes from the Norwegian and Costa Rican development duo of Arik Zurabian and Edo Brenes. Placed firmly in the point-and-click adventure genre, Dude, Where Is My Beer? puts players on the hunt for an elusive pilsner in a world full of craft beers and alternative lifestyles. 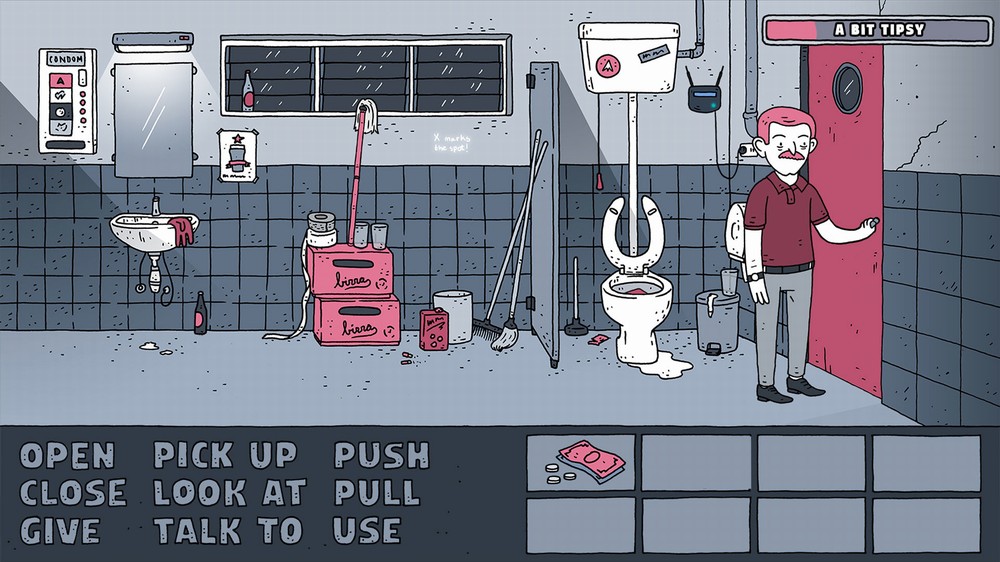 On first glance, Dude, Where Is My Beer? looks like a distinctly adult take on a children’s storybook. There is a cartoonish quality to the visuals that lends an air of innocence to proceedings, and while the game never really delves into any truly adult themes there is a constant presence of grunge and disdain that belies the true soul of the title. I actually found it quite difficult to really nail down the sense of humor within Dude, Where Is My Beer? to the point where my opinion often veered from feeling like it was written with a self-deprecating wit to feeling like the whole game was a genuinely mean-spirited look at how some people become passionate about their beers.

There are some interesting ideas at play within Dude, Where Is My Beer?, with the largest example being a drunk meter that dictates how freely your character will act amongst the range of NPCs within the game. Our main character is socially awkward and is only able to talk to bartenders without being at least a little tipsy, meaning that even the most minor of interactions require a dose of social lubricant to undertake. This meter depletes over time, returning your character’s state to sober, and while it starts off as a charming addition, as the game goes on the charm starts to wear a little thin and instead starts to feel like an artificial barrier to progress. Each time you want to talk to a character you’ll need to first head to a bar, ask for a beer, click through the brief interaction that often includes a jab at the craft beer scene, return to your initial target, drink the beer and then engage them in conversation. It’s an irritant more than anything else, and by the end of the game I was more than ready to see the back of it. 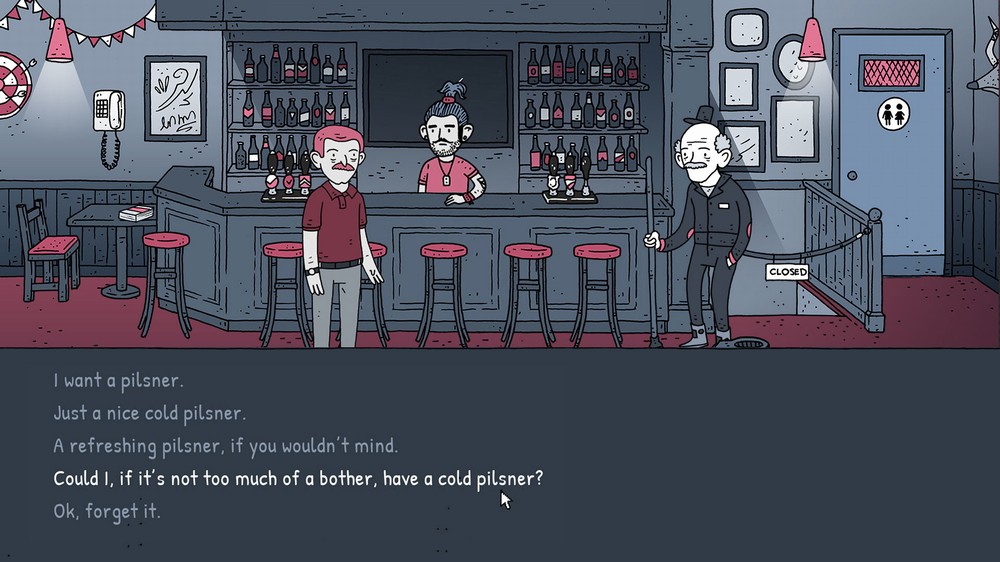 It feels like Dude, Where Is My Beer? makes an effort to be obtuse whenever possible, ranging from puzzle solutions to game design. There’s a definite feel of earlier adventure games here, but on a personal note it feels like a lot of the worst aspects of those point-and-click games found their way forward, including puzzles that require leaps of logic to solve to the fact that there’s no real evolution to the game from start to end. You’re thrown in at the deep end in terms of environment, with no real idea of where to go or how to even start down the path of solving a series of puzzles. There are a wide cast of characters and locations available to you from the first moment, and it can feel incredibly overwhelming when trying to deduce where to go and who to talk to first. There are puzzles that require the combination of seemingly unrelated items where the solution seems to be based mainly on guesswork, and others that require the player to notice the smallest object on the screen. That’s not to mention the solution to a particular puzzle that requires the player to look outside of the game for an answer: a mechanic that might seem charming in other titles but felt more like the straw that broke the camel’s back in an experience such as this.

The type of puzzle design would be more forgivable if the story within Dude, Where Is My Beer? was more interesting, but the truth is that this is literally the tale of a man wandering around a strange town looking for a particular type of beer. There aren’t any truly interesting characters, or any scenarios that want you to seek to know more about the game world. Instead, you’re wandering from bar to bar, dealing with social anxiety and half-given answers, with no real resolution to what story there is by the end of the game. Overall, Dude, Where Is My Beer? is a frustrating but ultimately forgettable four to six-hour adventure that will often leave you wondering if it is worth the time that you’re spending on it. 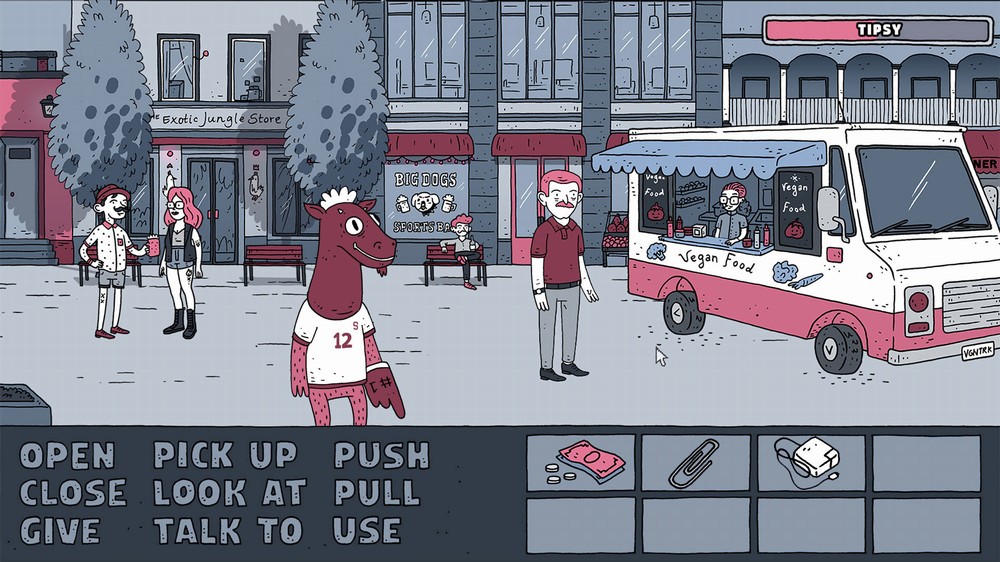