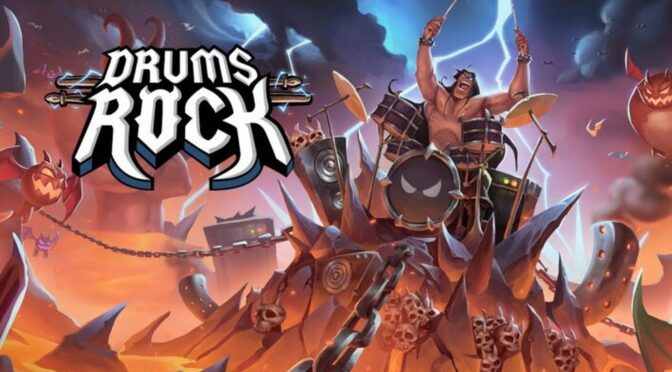 Drums Rock is an arcade drum game for VR in Oculus Quest 2, follow the rock rhythm with your drums and crush the demons. Each note is represented by an enemy, and they will be defeated by playing the drums. Experience a unique campaign: with different levels, challenges, songs and worlds. Drums Rock is an ideal game to feel like a rock star, while smashing hordes of demons to the rhythm of rock!

Drums Rock VR will be launched on June 2nd on Steam. Drums Rock, one of the best music VR games according to many reviews, debuts on Steam with songs like I Love Rock’n Roll by Joan Jett, Mirror Mirror by Blind Guardian, Runni’n Wild by Airbourne, Drink by Alestorm, among others. In addition to collaborations such as Until You Fall.