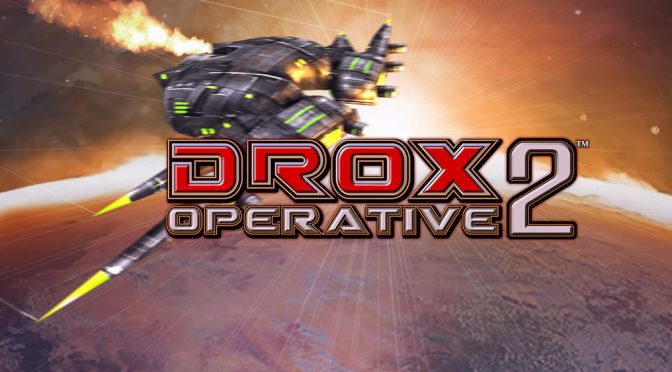 The Diablo franchise has a huge following and that following is always ready for more content; however, there isn’t enough content to keep them satisfied, which is why I recommend picking up a copy of Drox Operative 2. Drox Operative 2 is the sequel to an indie hit that copied a lot of Diablo and put it in space. Drox does a great job being its own game filled with great features and a great built in randomizer. I have never played the predecessor, but I instantly fell in love with this title. There is so much you can do and so little time to complete it all. 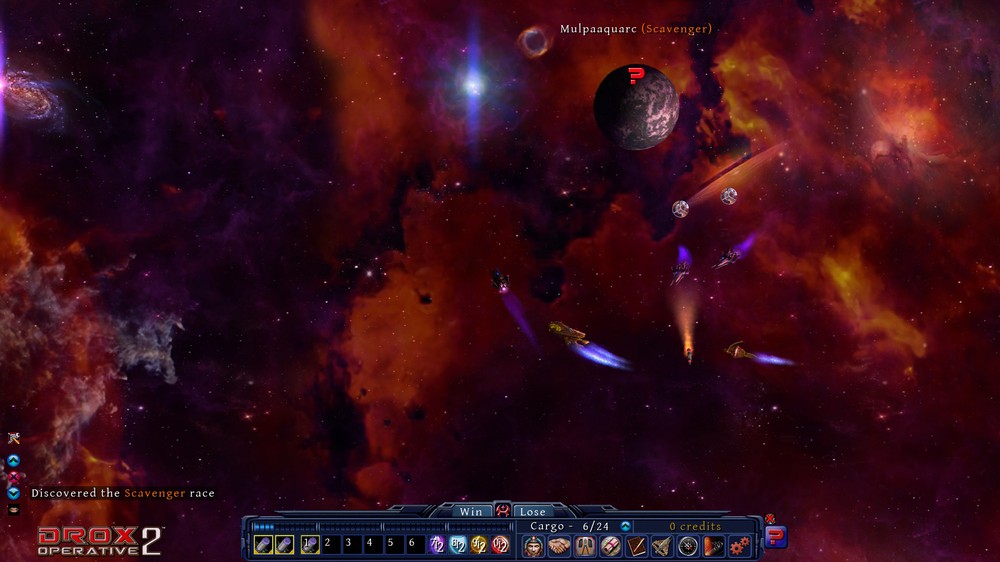 As far as narrative goes, there is not much of one. You belong to a guild called the Drox Operatives that used to rule the galaxy. Now considered an elite mercenary group, you must do whatever you can to align yourself with the most powerful race and gain as much credit as possible among other goals. At the start of a new game, you select from ten different races. Each race has different benefits that affect how you play. Once you have picked a race and ship name, you then will customize your experience. You can choose how big and the shape of the space sector, the difficulty of the enemies, you can speed up or slow down the pace of experience gain, you can choose how pre-settled the planets in the sector are, and how many races you will encounter. 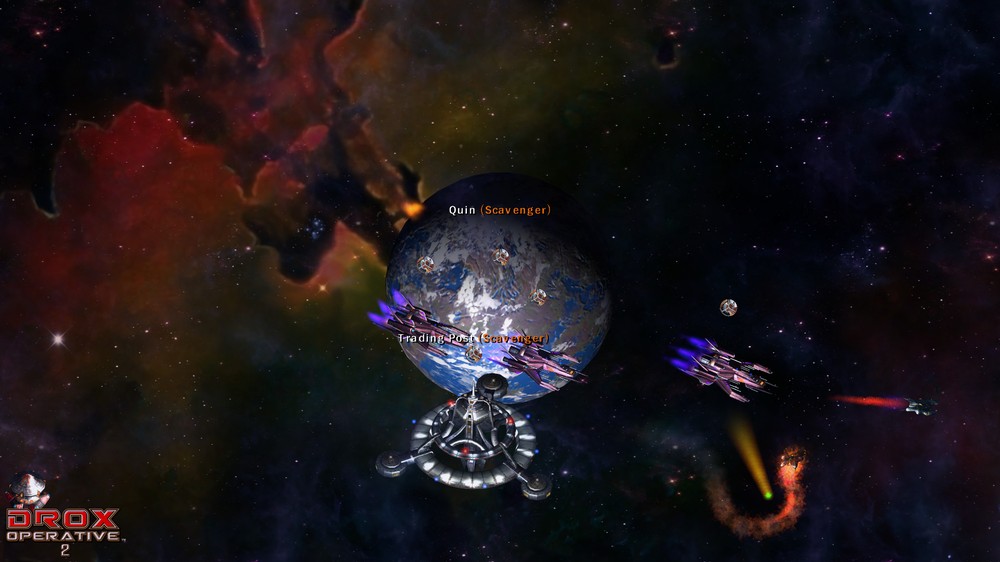 The gameplay is simple; fly your ship around, exploring, and discovering different species, planets, and weapons while trying to complete all of your objectives. You gain experience by completing quests, killing enemies, discovering the vast universe, etc. As you gain experience, you will level up your ship. Upgrading the ship will allow you to spend points upgrading your stats, which can have great effects like bigger ships or inventory expansion. The enemy becomes more difficult as you destroy each ship, but you can get upgrades as well. There are three tiers of equipment; heavy, medium, and light; each with a unique set of weapons or technology that allow you to continue fights longer or handle large armadas. The items follow the standard rarity scale; common, rare, elite, artifact, and legendary.

If you feel like war is not the answer, you can always use the diplomatic approach. You can ally with other races and use resources to gain their trust. You can also exchange information or items for information or items they may have. I would normally try to achieve a trade pact to help boost my economy. If you would rather bring other empires down without firing a shot, you can also spread false propaganda and cause them to crumble from within. Either way, it is nice to see a diverse way to become the best without the mindless battles. 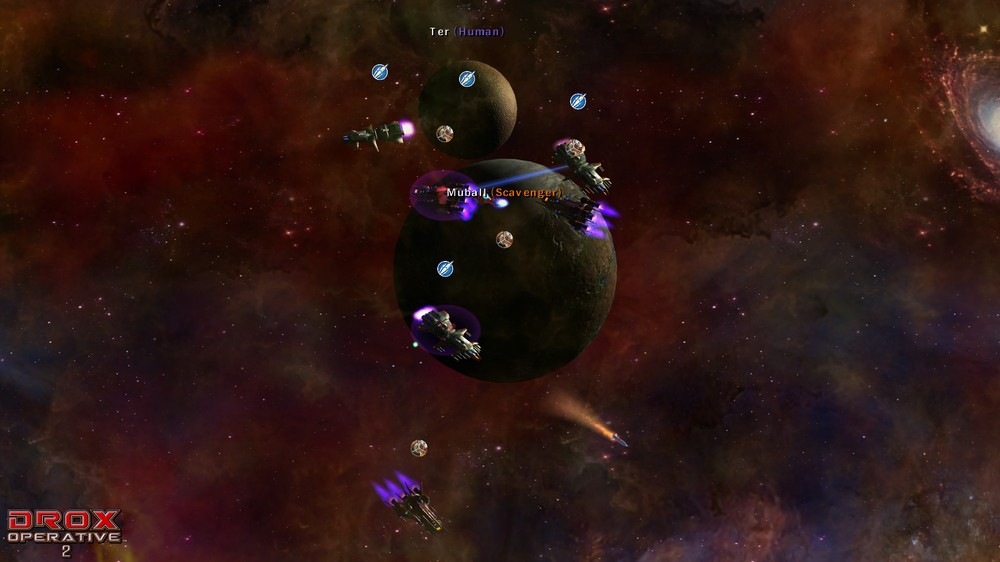 Each playthrough can vary in length and difficulty. It really depends on how you try to win. The few categories for winning are – gathering enough credits to please the guild, become feared by all remaining races in the sector, ally with the most powerful race in the sector, and become known as a legend to all of the races. This was mainly for solo playthroughs. I tried to do multiplayer playthroughs, but I could never find another soul to attempt this. Hopefully in the future, they will make finding a random companion easier in the future.

The graphics are not the greatest attribute for Drox. However, for the cost and the total size of the game, the graphics are something that can be overlooked by it’s great gameplay and randomization. The sounds in the game could use some work. Lasers sound like something you would hear in an early 80’s sci-fi movie. Another issue I had with the sound is that it was particularly loud at start and had to be adjusted before I could continue doing anything else. 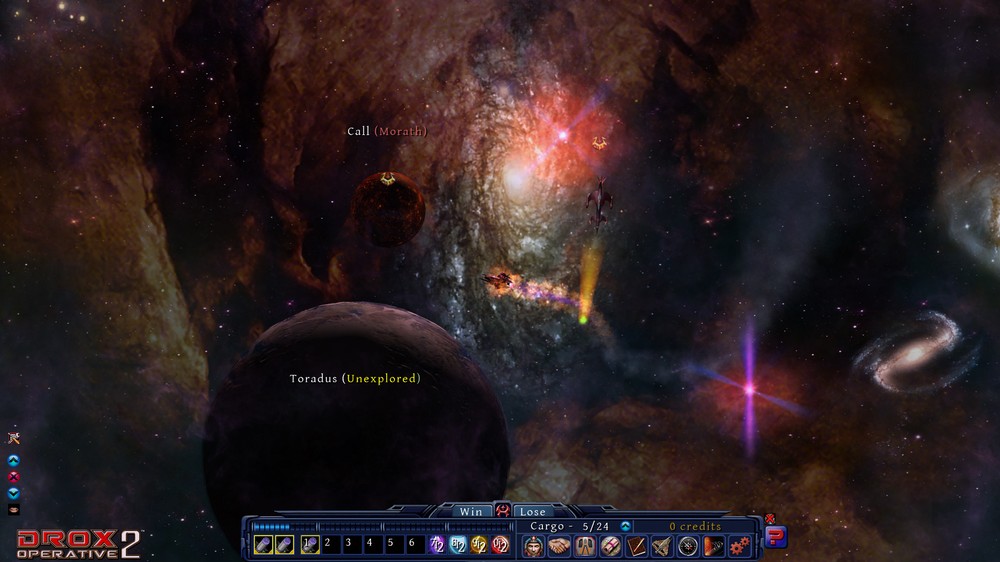 I liked Drox Operative 2. There is a lot to love and tons of replayability. You can get burned out easily, but only if you aren’t trying to switch things up, which is easy to do if you randomly generate each playthrough. From races to difficulty to even the size of each sector, there is a ton of replayability that allows you to change how you tackle each new playthrough. The graphics and sounds are not what bring you in, but can easily deter anyone from paying full price. I would recommend waiting for a sale before picking this one up, but would recommend it.