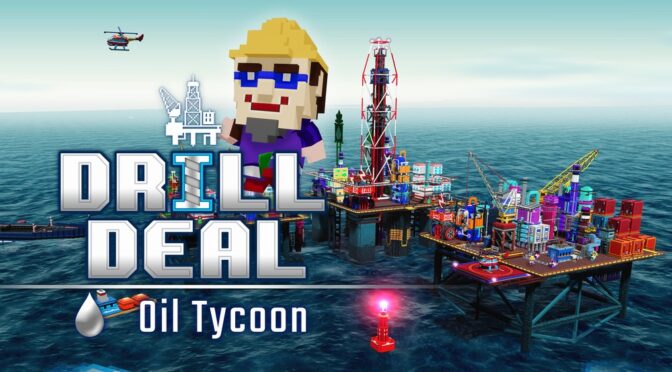 Texas tea, black gold, bubblin’ crude, no matter what you call oil, there’s an allure to the lifestyle of blue-collar workers extracting Earth’s precious resource, highlighted by the likes of shows like Discovery’s Black Gold and License to Drill. With Drill Deal – Oil Tycoon, developer, A2 Softwork’s strikes out into the simulator genre, giving players full control of their own deep sea oil rig, through numerous situations. As far as management sims goes, Drill Deal offers layers of decision making along with some fun, challenging scenarios, as long as you can get past a rough UI and some questionable development decisions. 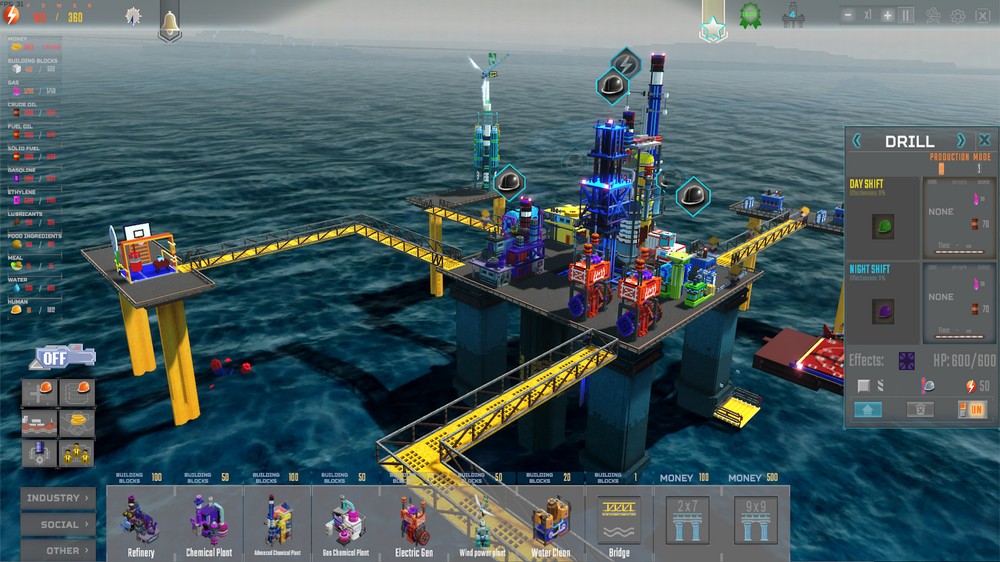 Just like other simulators, Drill Deal’s cycle is simple. Hire workers to work your deep-sea oil rig and keep them happy. You’ll do this by keeping them fed and entertained while also managing your resources properly, to guarantee things run smoothly. Your focus will be keeping income up so you can continue to update buildings and hire new workers. With the proper buildings and workers in place you can gather the resources you need to ship them out to your contractors and keep the money coming in, and so the circle of oil tycoonism goes.

The game looks fine, if you haven’t grown tired of the blocky Minecraft aesthetic that smaller indie devs have latched onto in the last few years. The blockhead characters aren’t going to turn any heads. When your rig is up and running at full capacity it can be a joy to look at, if just for a moment before your attention returns to some approaching catastrophe. 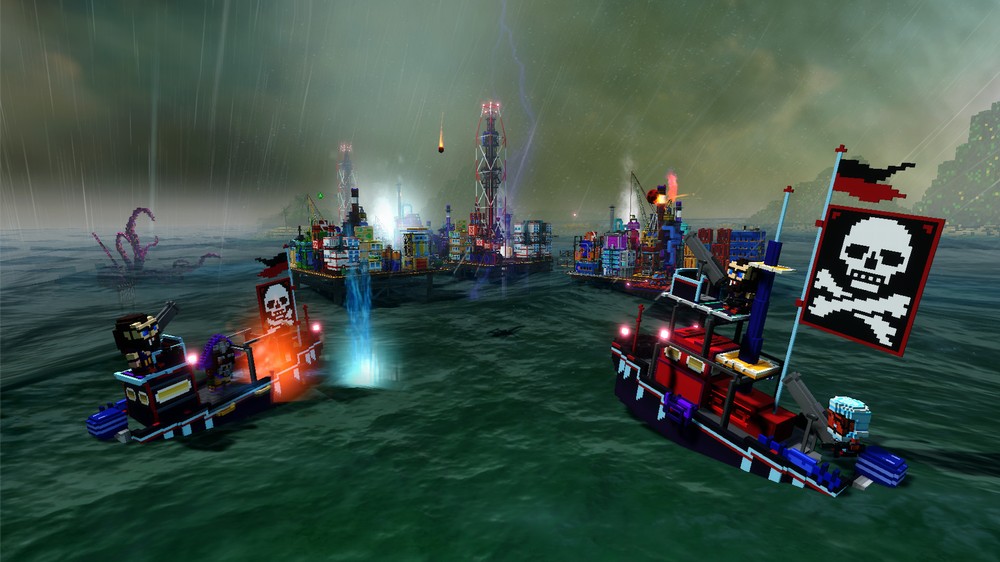 Along the way you’ll come up against obstacles like bad weather, pirates, and ecoterrorists, all looking to derail your operations. The aforementioned scenarios help keep things interesting and add some variety to the challenges. In each scenario you work to earn stars, based on completed objectives (one objective=one star). For an early scenario, you earn stars for fighting off a pirate attack and selling a certain amount of a specific resource. Another scenario awarded a star for keeping a certain number of employees above a specific job satisfaction rate. These challenges stay the same with each replay of the scenario, so while there’s variety across the scenarios, there’s little to no variety in how you tackle each scenario. This is driven further in the fact that numerous upgrades are locked in certain scenarios, which gives you little reason to return to a scenario, once you’ve collected all your stars.

Once you’re through all the scenarios, players can start an open sandbox that puts their oil tycoon lifestyle to the test. This is the preferred game mode of Drill Deal. It’s the truest version of the game. With all upgrades available, you’ll build your empire, max out your reputation, keep workers satisfied, and ink the biggest shipping contracts. Anything that can go wrong will, with the aforementioned catastrophes now appearing randomly to try and end your capitalistic ways. This is the most fun you’ll have with Drill Deal but this is also where you’ll start to notice some of the gears not turning. 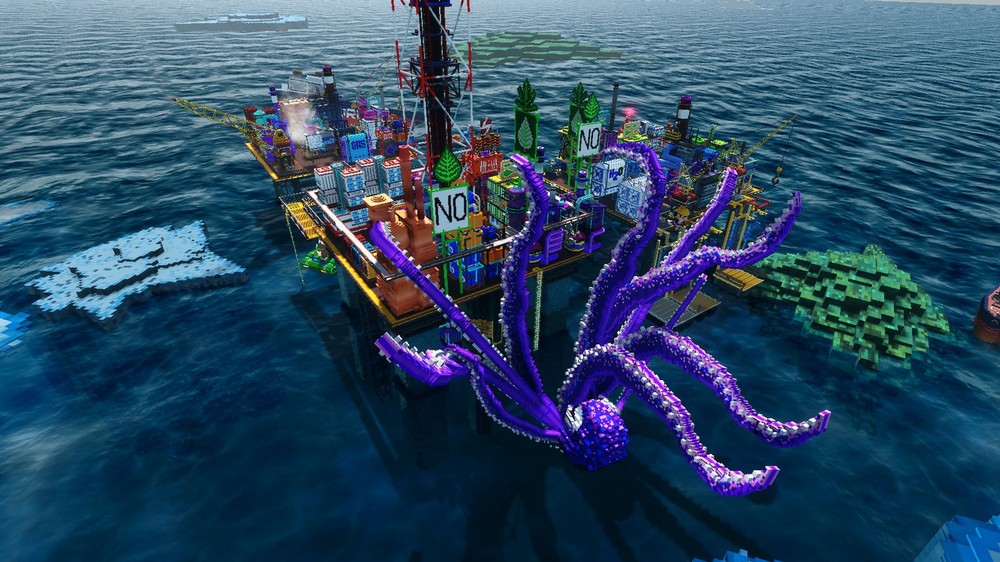 Drill Deal is not the best at communicating with you when it comes to status changes. I found myself running out of resources numerous times, with no indicators that I was running a deficit on a resource. The games UI does tell you if you’re building up resources or running a deficit, but these numbers change on the whim. Making things worse, there are so many resources, that they cannot all be displayed at the same time. I’d be running the business having a good time and then, wham, I’m all out of Heavy Oil. I physically would have to scroll down through my resources in the UI, to discover things weren’t going as good as I had previously thought.

There’s also an issue with how resources are labeled. A majority of the labels are oil drums with a letter on them. That’s fine, but some labels are also similarly colored, and it’s easy to mix them up when planning out contracts or using resources to make other resources. It’s just messy and can hinder your progress.  For example, I thought I was doing quite well with a surplus of crude oil, so I set up an ongoing contract to sell some of that surplus and bring in some extra money. It turns out, I was poor in crude oil and was actually running a surplus in fuel oil (both labels are a mix of red and yellow). In my haste, I had created a snag in the supply chain, that I would feel for a few days as some buildings were unable to produce other resources. 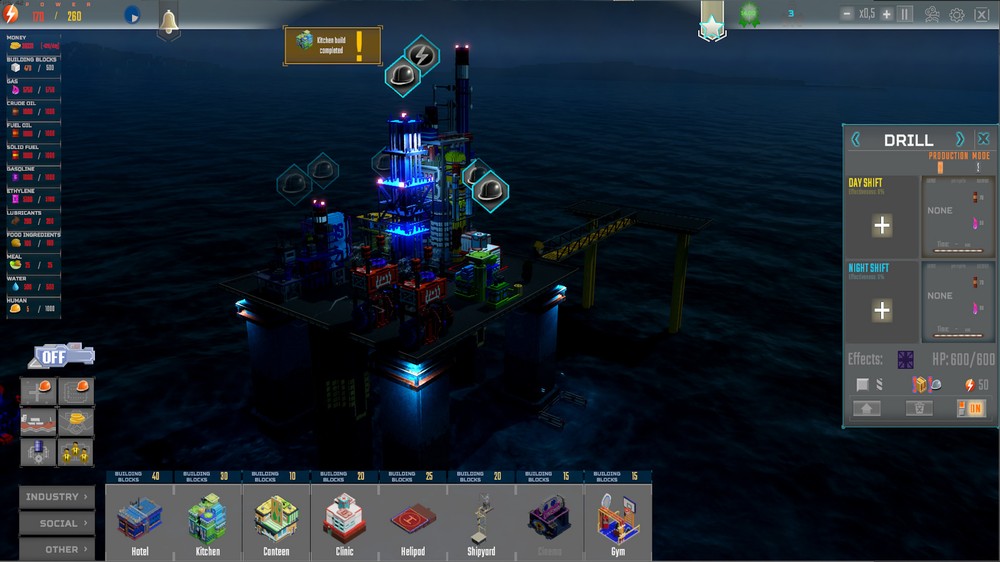 Another annoyance is the inability to move pre existing buildings. Players who wish to move a building must destroy it, and only receive half of the original cost to produce the building. This makes a slip of the hand or ill conceived placement a costly prospect. In one scenario I placed my living quarters one block away from a generator. This resulted in the nerfing of the building’s benefits for my employees (not communicated to me prior). Not moving the quarters or the generator would come at a cost of losing employee happiness. Moving either would result in the lost cost of the building. It was a nasty rock meets hard place scenario that could have been avoided with proper communication from the game.

In most simulators like this, any battle-type situations would play out automatically, IE you would build the turret and it would fire on incoming enemies automatically. In Drill Deal, you are required to take control of a turret to fire upon incoming enemies or obstacles in the environment. This can feel jankie. In an early scenario players are required to clear out mines with the turret. I continuously missed the mines as they moved with the waves of the ocean. With the mix of blocky structures and weird movements hitting objects feels harder than it needs to be. Trading shots with invading pirates did feel cool as I frantically fired to try and avoid too much damage to my rig.

If you’re looking for something to scratch that oil rig simulator itch, Drill Deal is your best bet at the moment. There’s enough fun and challenge here to warrant the buy, if you’re willing to look the other way when it comes to some poor UI utilization and the lack of variety in choice in tackling the game’s scenarios. 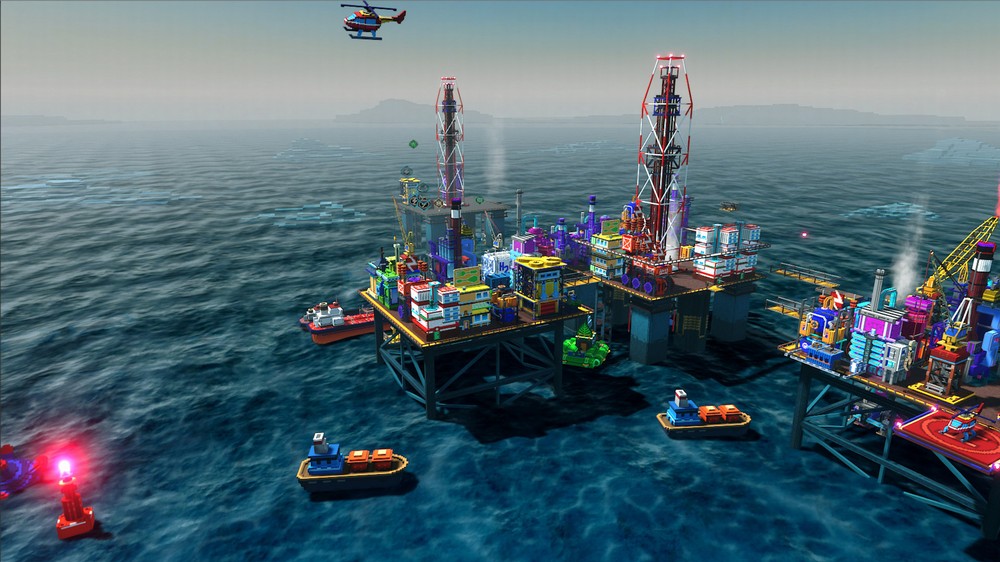 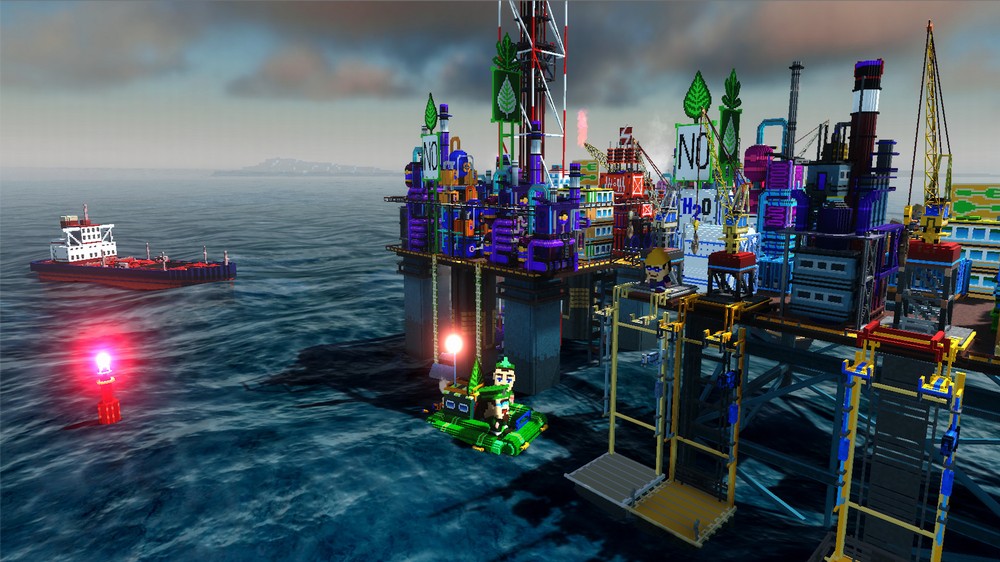 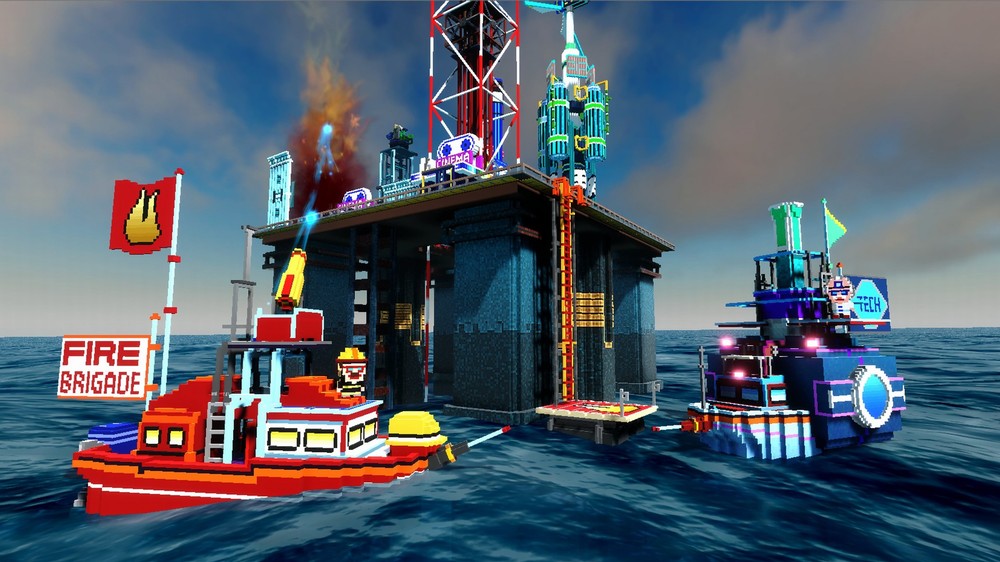